Notes: In the first part of Don Quixote (she began, like a totally normal beauty blogger), Don Quixote and his squire Sancho Panza meet a group of prisoners sentenced to hard labor. The galley slaves are chained together, which arouses Don Quixote’s sense of injustice. He asks the men about themselves; the most brazen of them, Ginés de Pasamonte, boasts that he is writing a thrilling autobiography that will surpass every picaresque novel ever published, and that he welcomes his ten-year prison sentence because it will give him a chance to finish his book. Don Quixote asks if the memoir is finished yet. “‘How can it be finished,’ answered Ginés, ‘when my life isn’t finished yet?’”

I find myself in much the same position as Ginés de Pasamonte. I started my lipstick chronology with the intention of not buying any more lipsticks until I had taken a complete inventory of the ones I already owned. But given that I've bought five lip colors since January 1, I can pretty much conclude that I've failed spectacularly. And since I'm moving my reviews from tumblr to blogspot, there's an extra temporal wrinkle to deal with: I wrote most of my lipstick chronology over a month ago, and now have to update my posts accordingly, which prevents me from moving forward and recording my most recent purchases. Maybe I'm more like Tristram Shandy, who starts writing his autobiography but gets bogged down in the details of his infancy.

In my last post, I mentioned that I was still searching for the perfect nude lipstick for my cool-neutral complexion. Maybelline recently released a new line of lipsticks called The Buffs, a nude counterpart to last year’s Vivids, and this review made me suspect that #920 (comically named “Nude Lust”) would work for me.  Unfortunately, my local CVS is terrible about stocking new products, but at the end of last month I walked into a CVS in Washington, and lo: a whole display of new Maybelline products. I even had a coupon that gave me $4 off the $8.29 price, so I really couldn’t resist, and I walked out with #920. 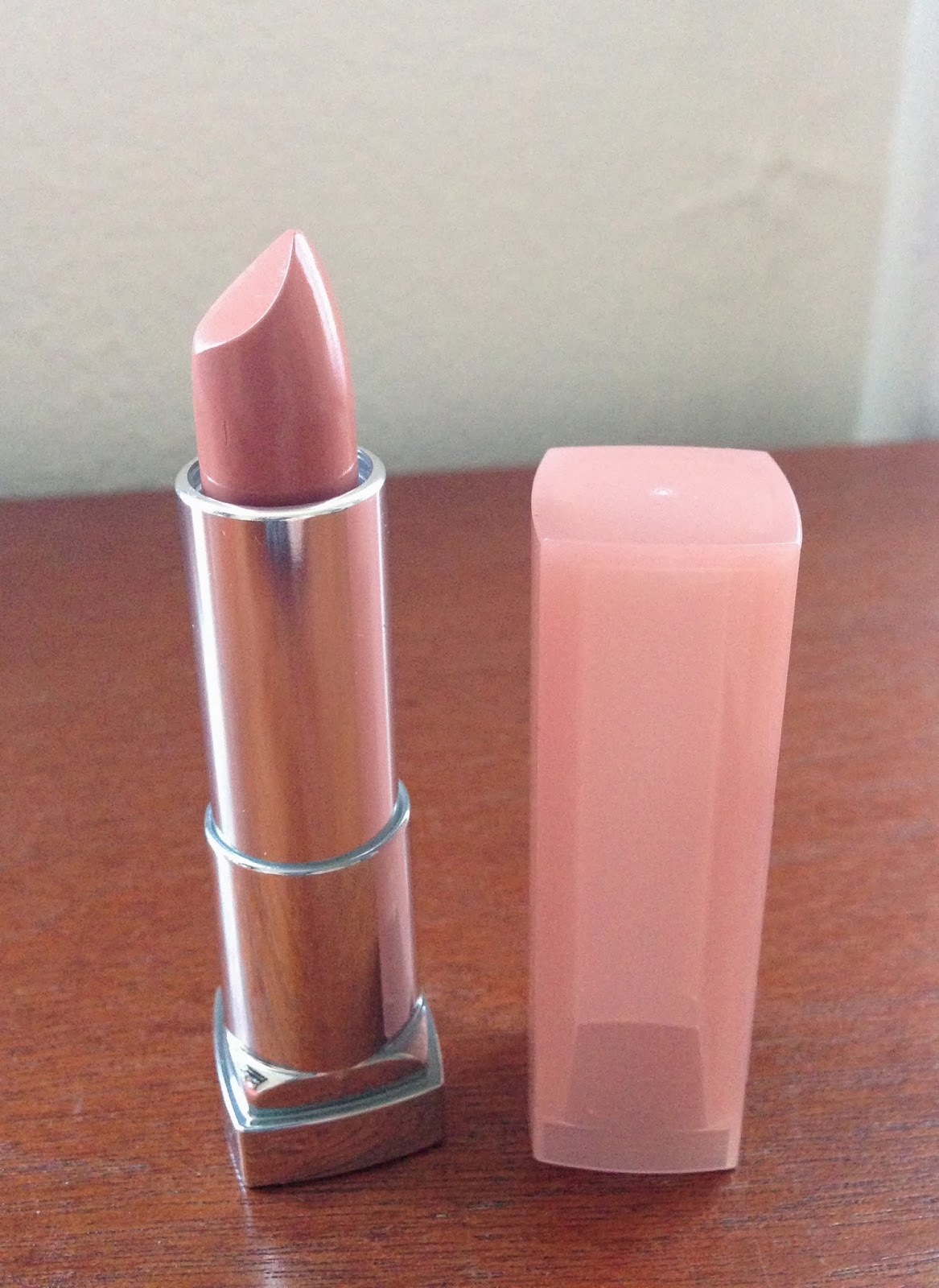 But then came the Pasamontean problem. What if life kept intervening, and I kept acquiring new lipsticks, and my chronology was never complete? What if, like Pasamonte’s memoir, it could be finished only after my own life was finished? That was too macabre to contemplate, so I decided to skip ahead and review Nude Lust (that was an awkward phrase) before returning to spring 2012. And now I'm reporting this conundrum as if it's a new one when, in fact, I've written yet another review of a new product since then. Non-linear narrative and all that.

The Buffs is a line of ten flesh-colored lipsticks, ranging from pale peach to dark brown. Maybelline has received a lot of justified praise for recognizing that for the majority of people on the planet, “nude” doesn’t mean “palest beige.” I do wish, though, that the lipsticks were housed in tubes corresponding to their actual colors. Instead, the cases are all the same shade of fleshy pink, as if to say, “Well, your nude might be brown, but we know what color ‘nude’ really is.” I understand that Maybelline groups its lipsticks by color category and every lipstick in the plum category, for instance, has a purple case. But surely they could have made an exception here? Couldn’t they have added a decoration or a new finish to link the Buffs together, instead of making the tubes all the same color?

Anyway, this is Nude Lust, a pinky beige nude that’s cooler-toned than most of the nudes in the line. As yesterday, it's swatched between the warmer, peachier Revlon Soft Nude (left) and the cooler, pinker L'Oreal Fairest Nude (right). 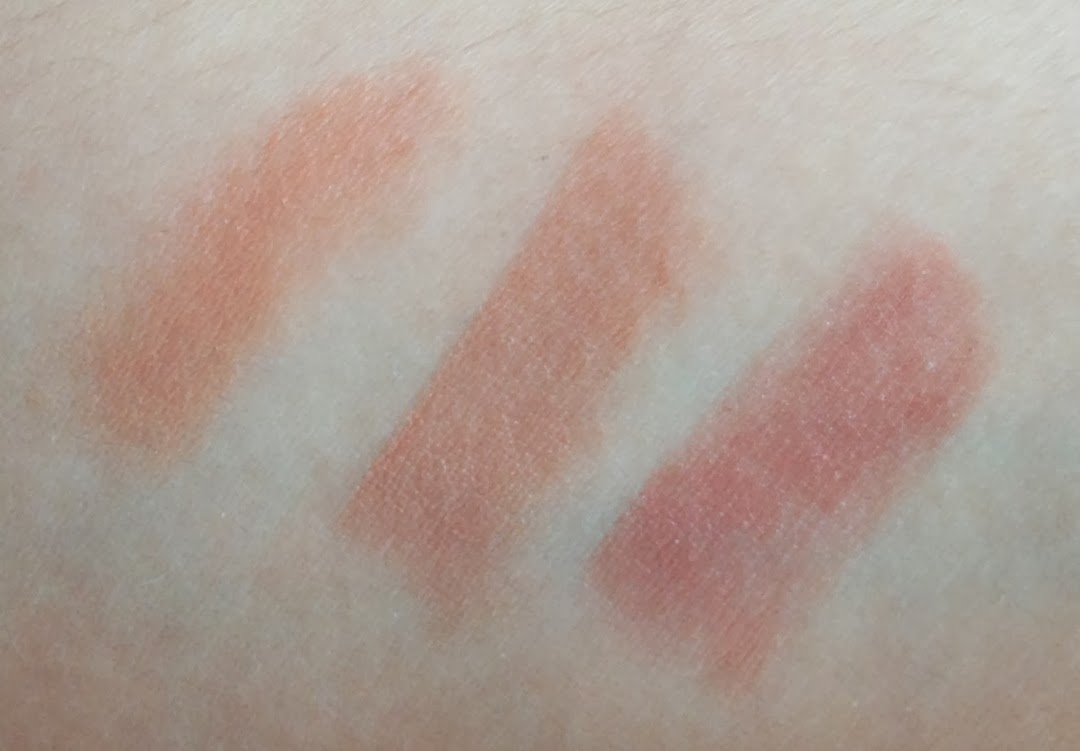 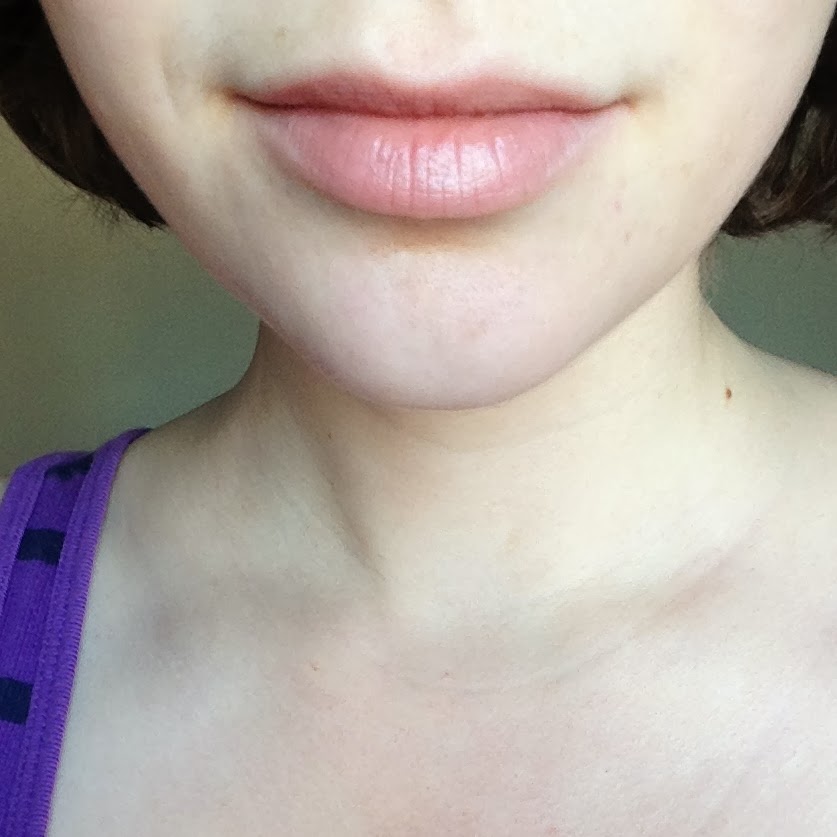 Nude Lust is almost opaque even on my pigmented lips, but it doesn't mute them entirely, which I appreciate. Look, it's my old hair, plus proof that I can actually apply eyeliner when I want to: 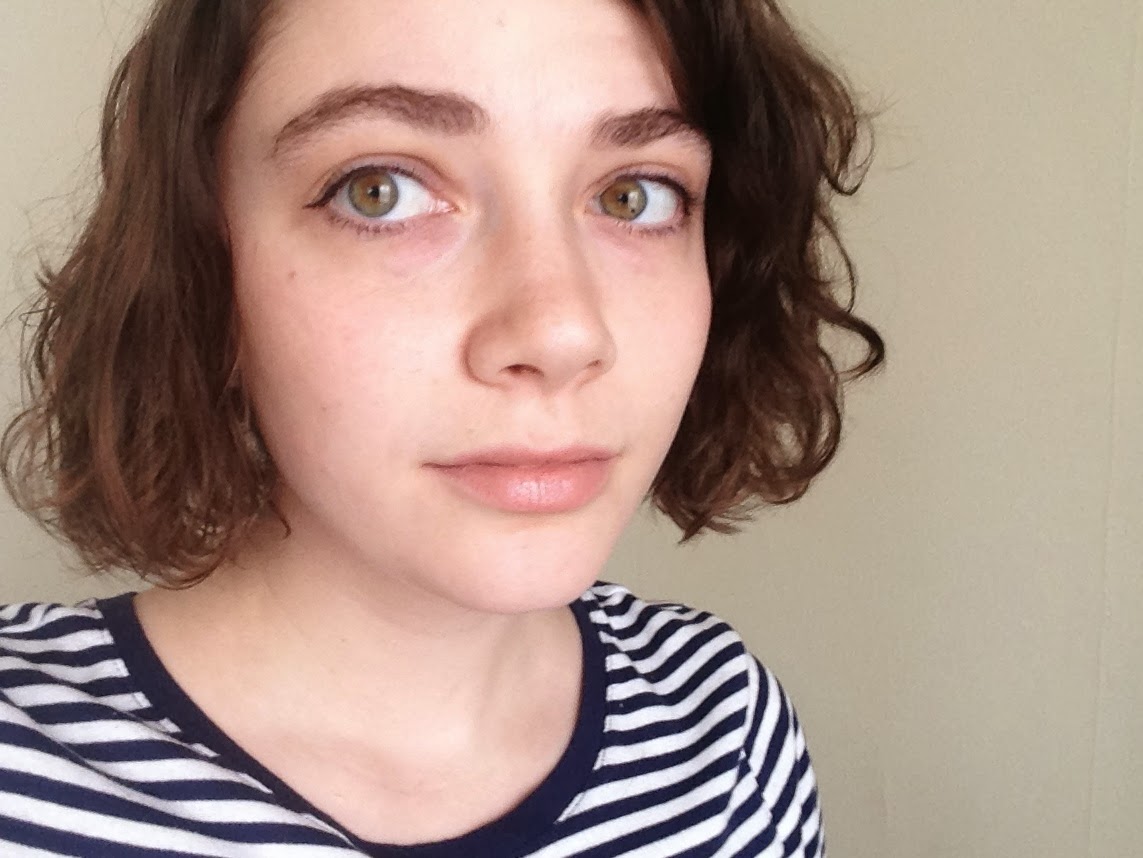 I've tried several other Maybelline lipsticks, in both the Vivids line and the regular Color Sensational line. The Vivids--reviews to come--have a perfect formula, pigmented but still moisturizing. The regular Maybelline lipsticks are a bit drying, at least on me (the phrase "a bit drying" will soon lose all meaning on this blog). I was hoping that Nude Lust would be comparable to the Vivids formula-wise, but it's not quite as hydrating, though it's more comfortable than the regular line. I haven't tried any of the other Buffs (nor do I plan to, since I suspect most of them would look heinous on me), so I can't speak to the quality of the line as a whole.

One more photo: here's my new hair and, on the eyes, Maybelline cream eyeshadow in Electric Blue blended into my old standby NARS Lhasa. 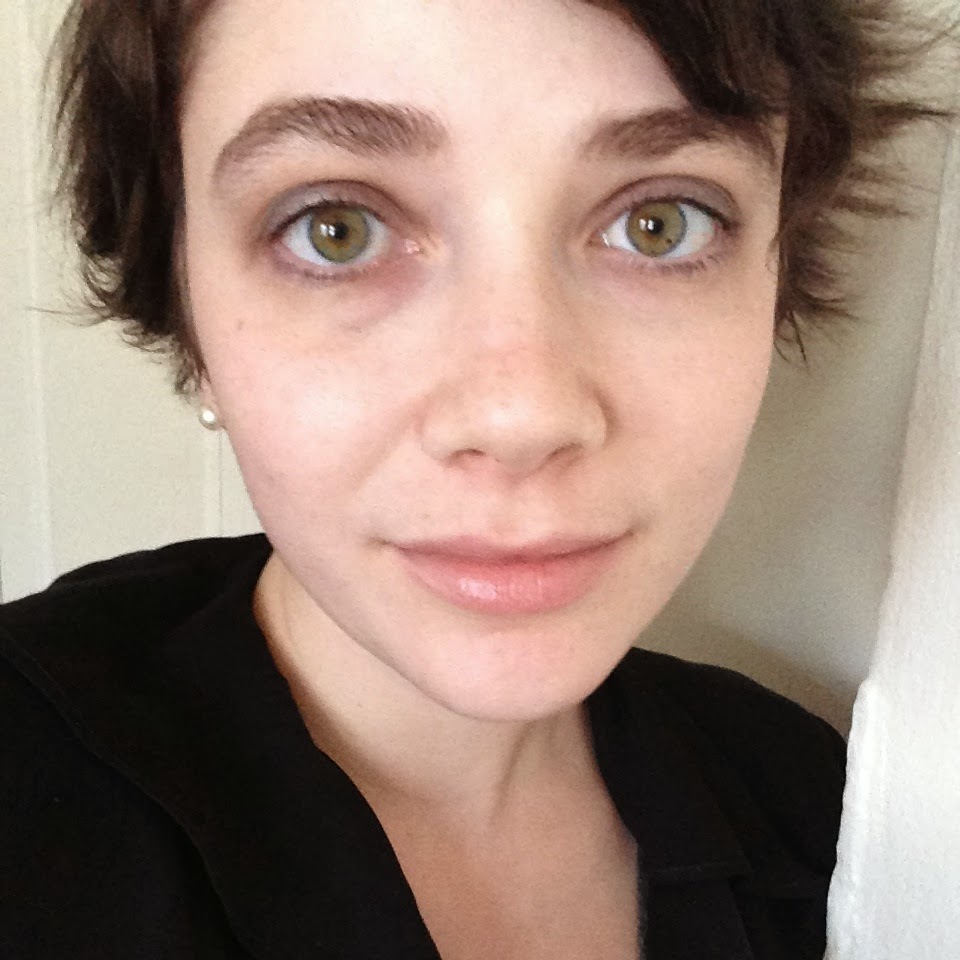 The Buffs came out a few months ago, but they're still new enough that this review might actually be of use to someone. TL;DR version: I recommend Maybelline Nude Lust with caveats and Don Quixote unreservedly.
Posted by auxiliary beauty at 2:02 PM