Lipstick Chronology #10: MAC Up the Amp

Name: MAC Amplified Creme Lipstick in Up the Amp

Notes: Lots of purple lip colors on the blog recently! Up the Amp was my very first, inspired by tumblr bloggers like Arabelle Sicardi of Powder Doom. In that post, Arabelle is wearing OCC's lip tar in Belladonna, but I decided to edge into the world of purple lipstick with a pinker purple. Then OCC discontinued Belladonna and I never got to try it at all! The lesson here is, don't edge into color. Just wear it.

There are many more purple lip colors now than there were in early 2012. The only ones on my radar back then were Belladonna, Illamasqua Kontrol (too blue-gray and gothy for me), and MAC Up the Amp, a cool-toned pinky purple with a bit of gray mixed in: 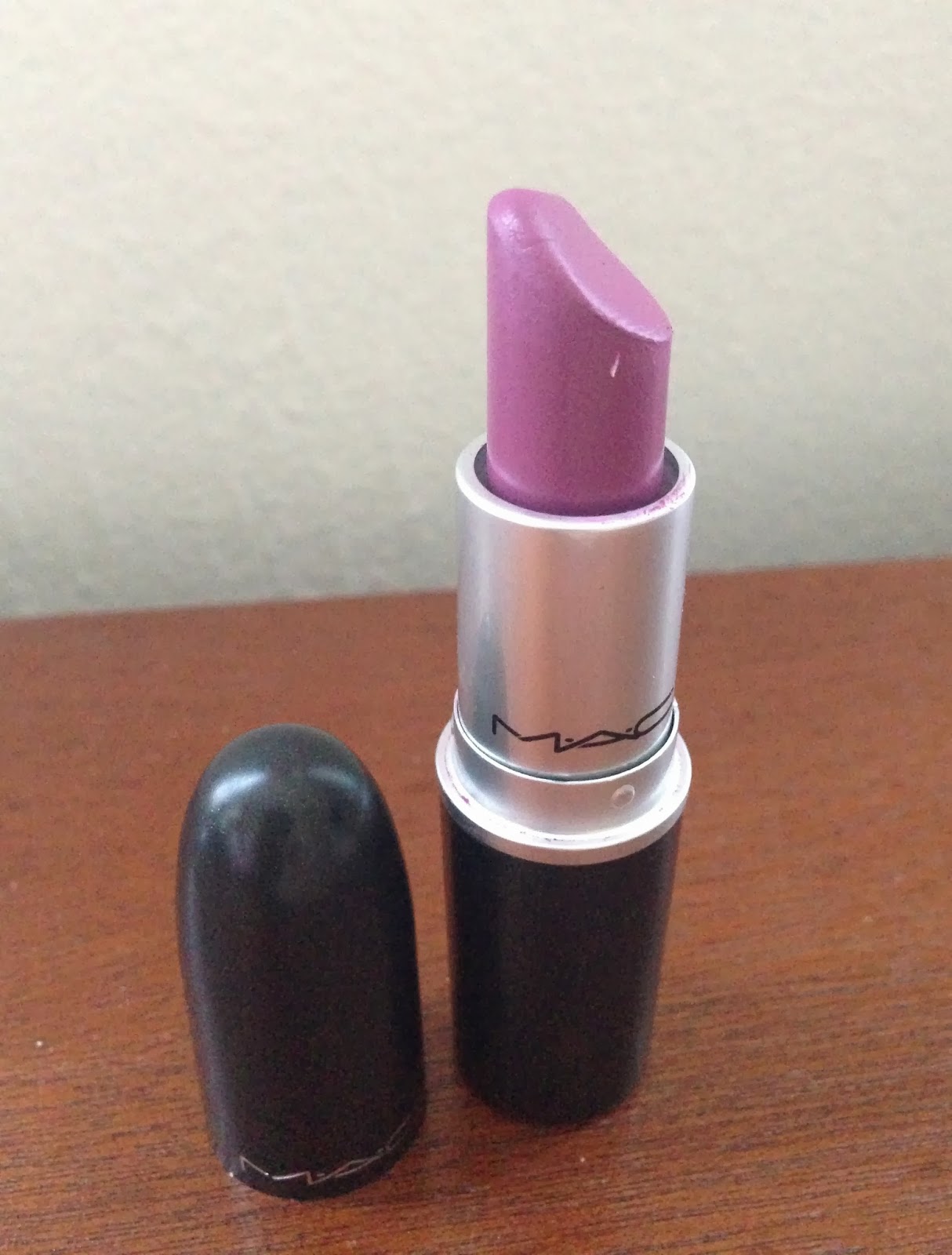 I ordered Up the Amp sight unseen, and was pleased with what I got, though I'd wanted something a little less muted. Up the Amp wasn't my Platonic purple lipstick, but it was close. 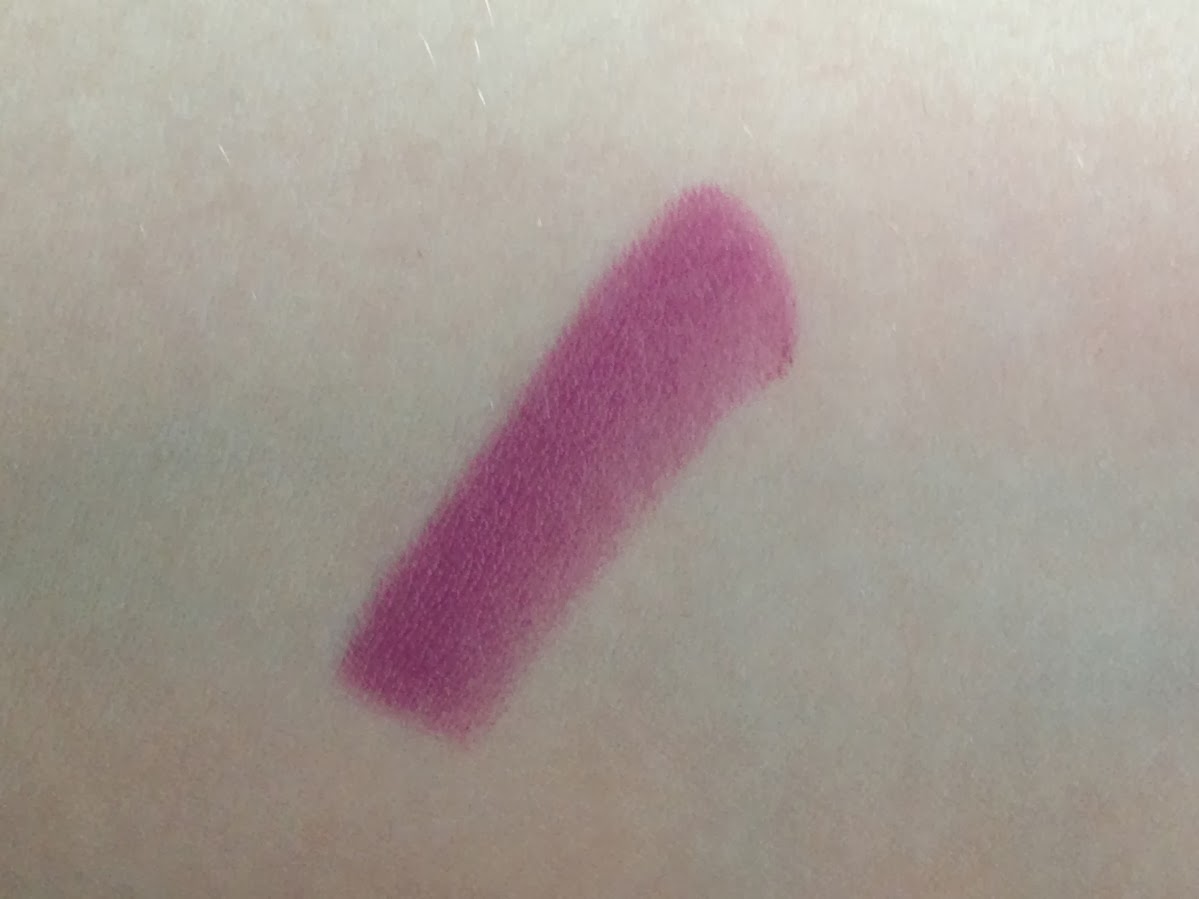 That winter, I brought Up the Amp with me on a visit to my family in San Francisco. It sparked the following exchange with my mother:

I sent my mom her own tube of Up the Amp for Mother's Day and felt like the best daughter ever, until she told me that the lipstick had given her a horrible rash and she’d had to return it. By then the Maybelline Vivids had come out, so I steered her toward Brazen Berry, which is similar to Up the Amp but pinker, sheerer, and brighter. It has a neon quality that brings out the gloomier gray tones of Up the Amp: 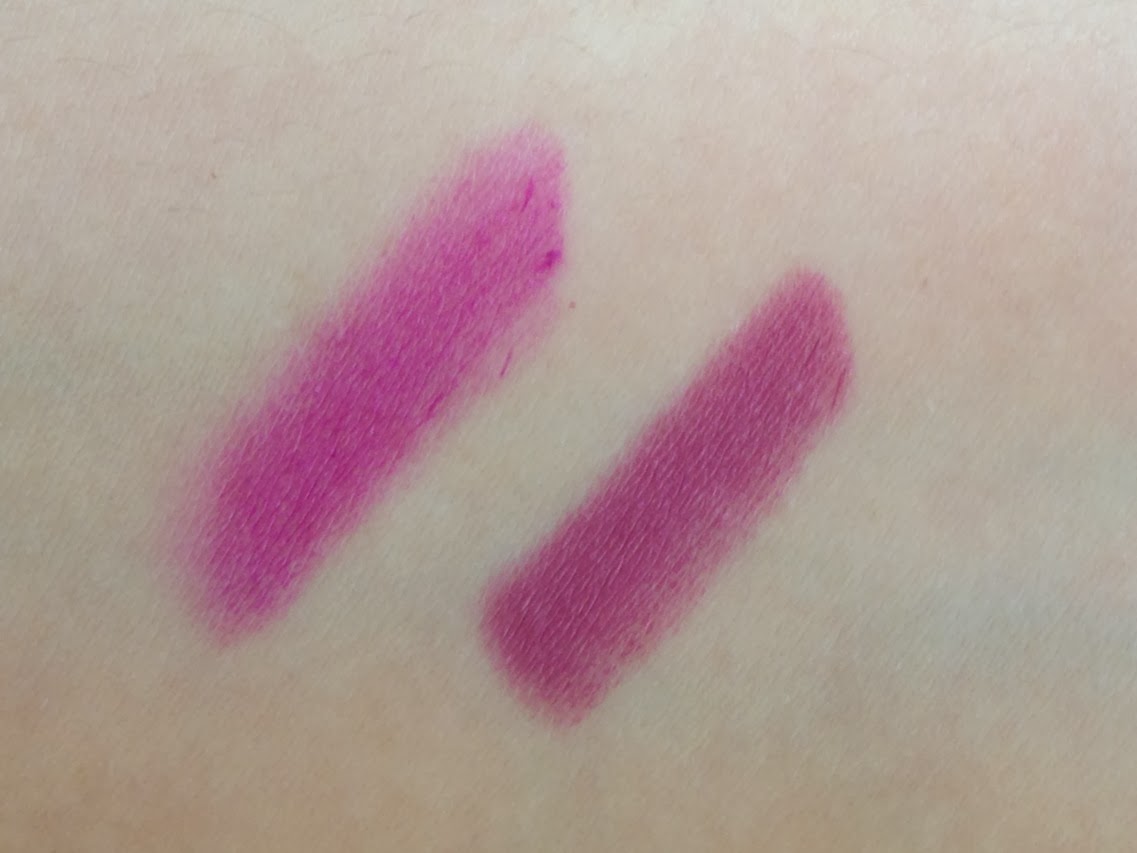 Speaking of dupes, Revlon's Berry Haute has been hailed as a perfect dupe for Up the Amp, but I would disagree. It's a much less aggressive color; I'd describe it as mauve, not purple. It's also on the sheer side, which means that unlike Up the Amp, it doesn't automatically become A Look. 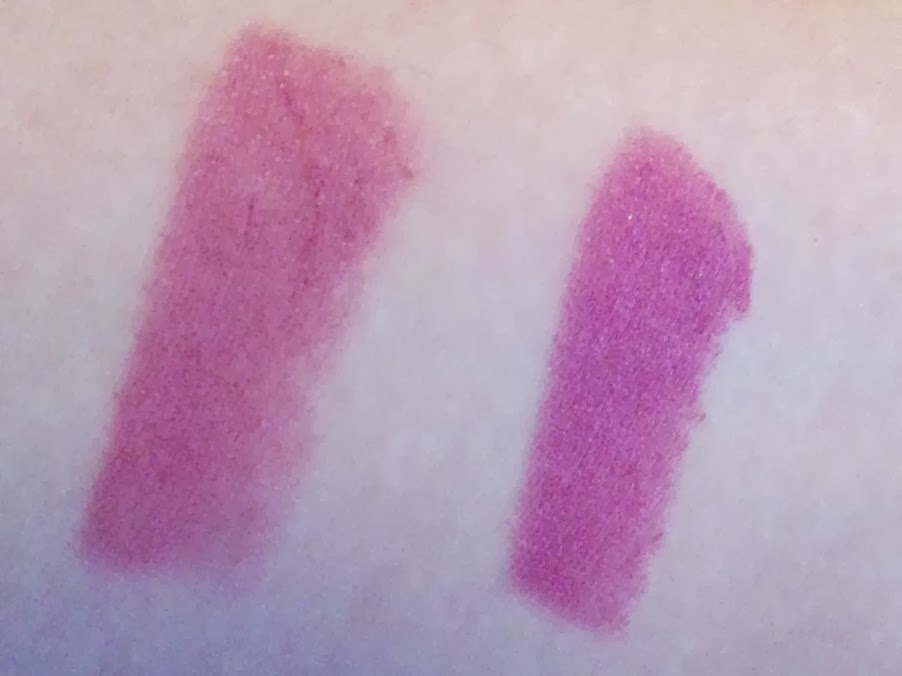 I feel neutral about MAC's Amplified Creme formula. It's thick, soft, opaque, and a little heavier than I'd like, but it's also surprisingly short-lived. It never seems to "set" on the lips, which means that it transfers onto every fork and coffee mug. Not a huge problem for me, but something to be aware of if you like your lipsticks with more longevity. 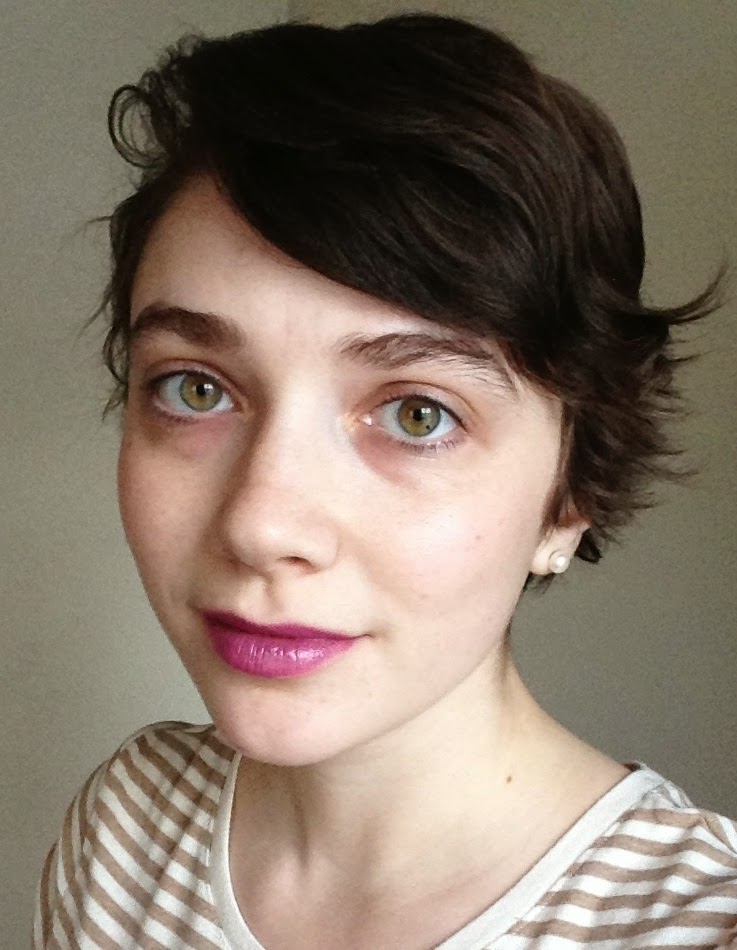 That gravity-defying bit of hair makes me feel like Tintin.
Posted by auxiliary beauty at 5:53 PM