I’ve been accused of owning a lot of nail polish. Those built-in shelves are the best part of my apartment. (The mice are the worst.)

We often hear about the dangers of impulse buys and the benefits of looking at swatches and reviews before committing to a fancy bottle of nail polish. But the polishes I wear most frequently tend to be the ones I bought on a whim, or the ones that came into my life unexpectedly. When I’m reading online reviews, my eye is always drawn to the chunky glitters in jelly bases, the flashy duochrome shimmers; I can spend hours looking at swatches of those. But I’ve learned that I don’t really like wearing them. See all the glitters on the top shelf? I can’t remember the last time I reached for one of them. The ones I wear most often are deep, saturated colors in creme finishes, like Essie Stylenomics. Stylenomics is from the fall 2012 collection of the same name, but I believe it's been added to Essie's permanent line, because my mother found it at her local Walgreens when I was home in San Francisco for the holidays. She was looking for a black nail polish that we were going to use to paint over a metal fastening on one of my shoes (I lead an exceedingly glamorous life), and she bought Stylenomics thinking it was black. It turned out to be a rich dark green that I just had to try on. I was so impressed by the color and the wear time (most nail polishes chip on me within a day or two, but Stylenomics held on for at least three) that I wouldn’t let my mother, the queen of retail returns, take it back to the drugstore. 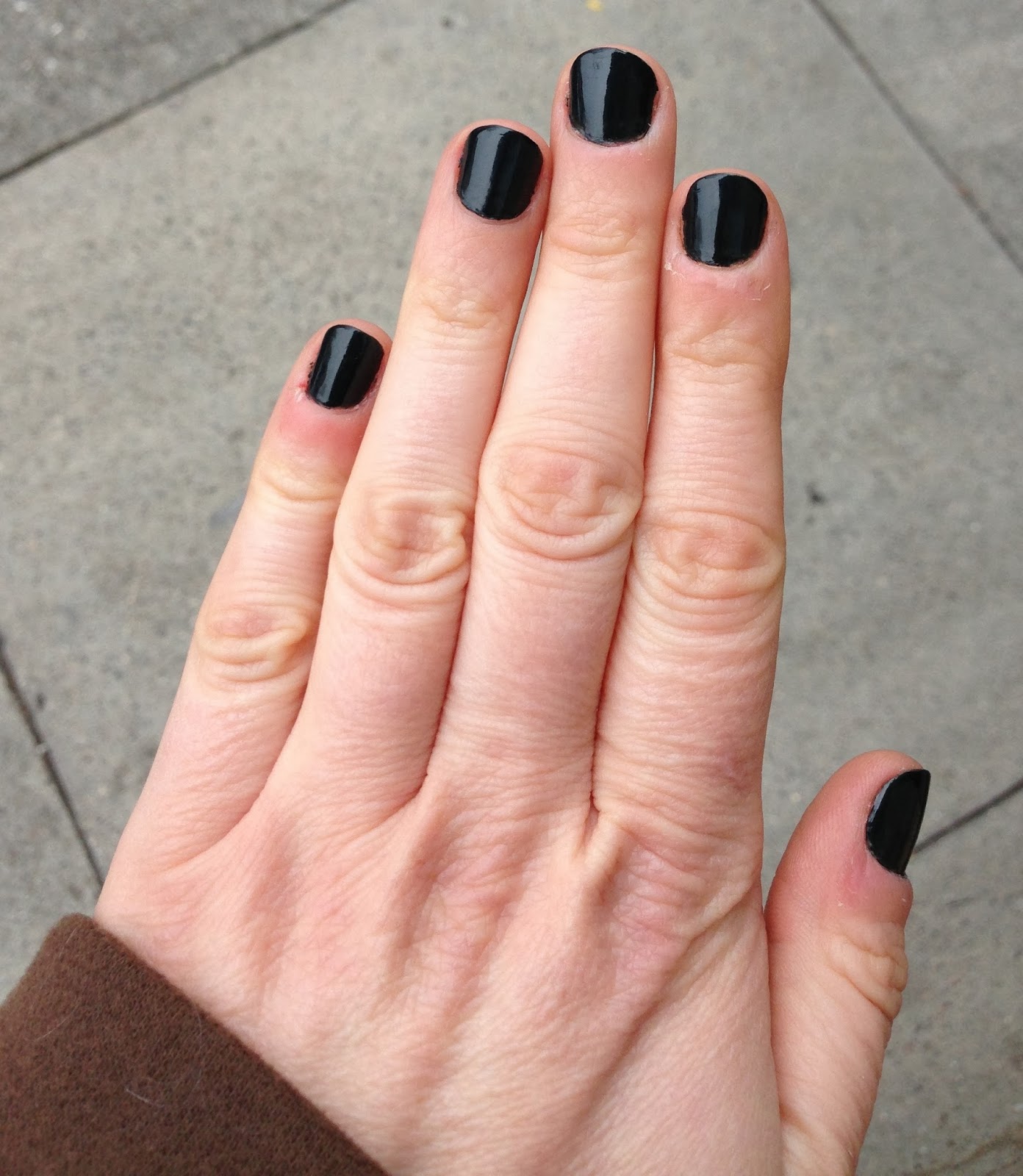 What is my point here? First, not all advice is good advice; second, Essie Stylenomics has been on my nails almost constantly since December, and it should be on yours too; third, I never want to type “Stylenomics” again and it kills me to recommend a nail polish with such a silly name.
Posted by auxiliary beauty at 9:35 AM