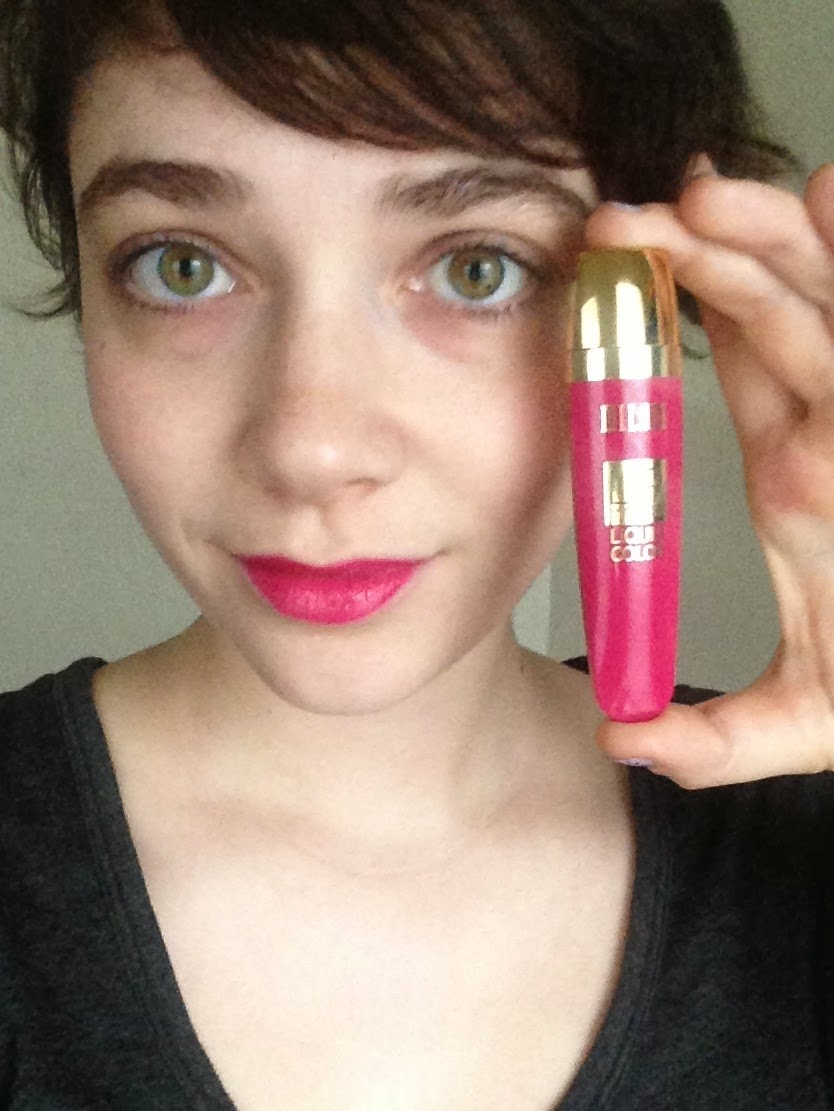 Buying cruelty-free makeup is more difficult than it should be, especially when you're on a budget. Recently, though, I've been making more of an effort to do so. I'm a vegetarian for ethical reasons; I feel like a hypocrite when I don't apply the same philosophy to my makeup purchases. When I first started collecting makeup, Revlon was known as the big cruelty-free drugstore brand. I later learned that they were selling in China, which requires third-party animal testing, and my Revlon purchases fell off but did not, alas, stop entirely. The good news is that Revlon is leaving the Chinese market due to poor sales, which means that the company may well regain its cruelty-free status. In the meantime, there is Milani.

(Can we take a moment to appreciate that the author of that WSJ article is named Everdeen Mason? Has the writer time-traveled from the inevitable future in which thousands of grown men and women are named after Hunger Games characters?)

I've been eager to test two of Milani's new releases for spring 2014: the Brilliant Shine lip glosses and the Lip Intense Liquid Color lipsticks. I picked up one of each yesterday: Sweet Grapefruit, a peachy-pink cream-formula gloss, and Pink Rave (above), an intense fuchsia liquid lipstick. The new glosses have unexceptional packaging, but I can't look at the Lip Intense tubes without thinking of those "clever" sex toys disguised as lipsticks or ballpoint pens. Please tell me I'm not the only one.

Both the gloss and the liquid lipstick have doe-foot brushes, though the brush for the gloss is more flexible; the one for the liquid lipstick is stiff and squared-off, which makes it easy to line the lips but harder to apply the color at the corners of the mouth. I'm trying valiantly to avoid coarse jokes here, okay. 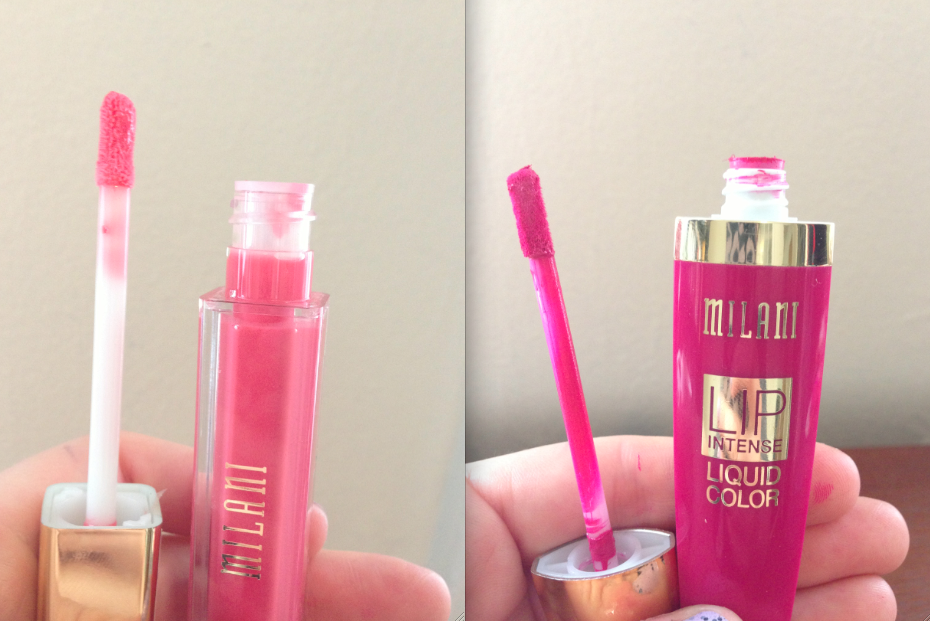 Arm swatches--you can see the intensity of Pink Rave after just one swipe: 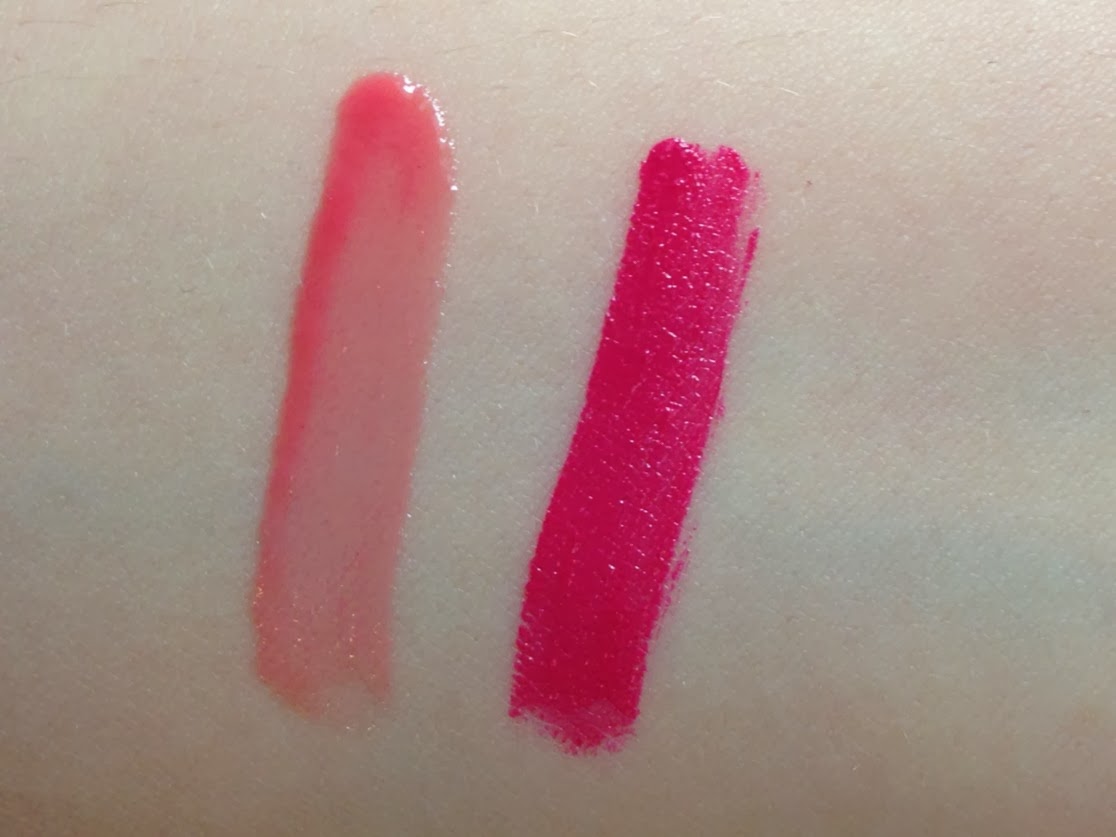 Milani describes the Lip Intense line as "heavily pigmented high shine gloss with the longevity of a lipstick," which is pretty accurate. Pink Rave is a beautifully saturated fuchsia that just avoids being neon. It has a strong cheesecake scent that dissipates soon after application, which you'll appreciate if you don't share my life goal of smelling like a delicious baked good at all times. Freshly applied, it has a glossy finish that will fade after moderate eating and drinking, but the fuchsia stain will cling to your lips forever. You can wipe it with a tissue and take a shower and use a lip scrub of coconut oil and sugar and eat dinner and go to bed, and the next morning your lips will still be tinted fuchsia. 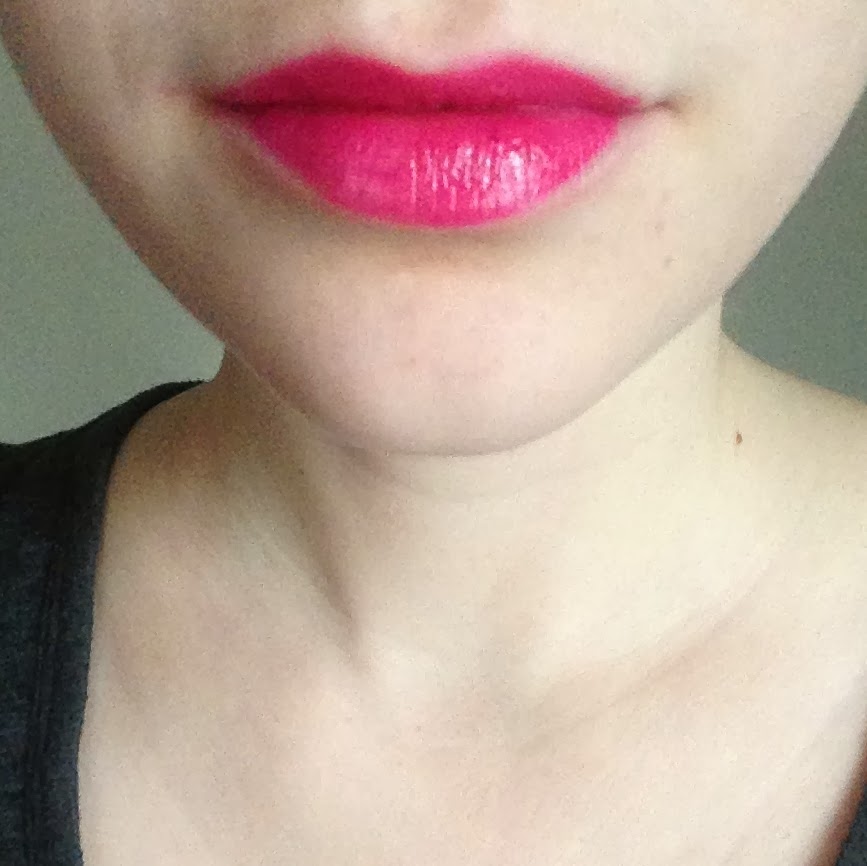 I assume that the "rave" in "Pink Rave" refers to black-light parties in warehouses, not to the hallucinations of the insane. But on the cardboard packaging, the Spanish translation of "Pink Rave" is "Rosa Delirio," which means something like "Pink Delirium." I suspect that someone at Milani looked up "rave" in an English-to-Spanish dictionary and came up with delirio, literally "delirium" or "raving." A felix culpa, I'd say. I vastly prefer "Rosa Delirio," with its dystopian flavor.

Sweet Grapefruit is a beautiful color, but it's heavier and stickier than I like my glosses to be. I wish I could feel better about buying lots of products from Revlon and Maybelline, because their glosses have a light, emollient formula that's supremely comfortable on the lips. When I talk while wearing Sweet Grapefruit, my lips occasionally feel gummed together, which is so gross that I can barely stand to contemplate it. Sweet Grapefruit also has a stronger, more artificial cheesecake scent than Pink Rave does, and the scent doesn't fade with wearing. The formula is moisturizing, but I mean, so is Vaseline.

You can see the gummy texture even in a photo: 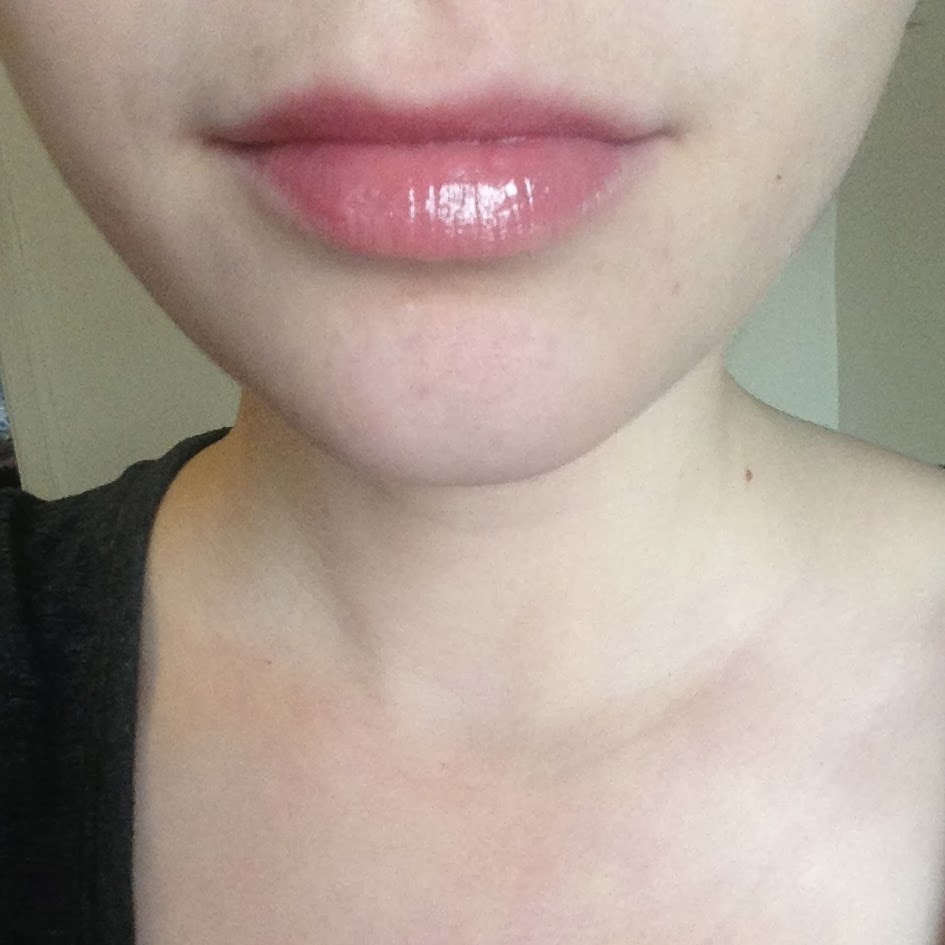 Is it really worth returning a gloss that I got on sale for under $3? What will I even buy with that $2.89 windfall? One-third of a nail polish? Questions, questions.
Posted by auxiliary beauty at 2:34 PM