Lipstick Chronology #20: Revlon Fire and Ice, a Red for the Apocalypse

Some say the world will end in fire,
Some say in ice.
From what I’ve tasted of desire
I hold with those who favor fire.
But if it had to perish twice,
I think I know enough of hate
To say that for destruction ice
Is also great
And would suffice. 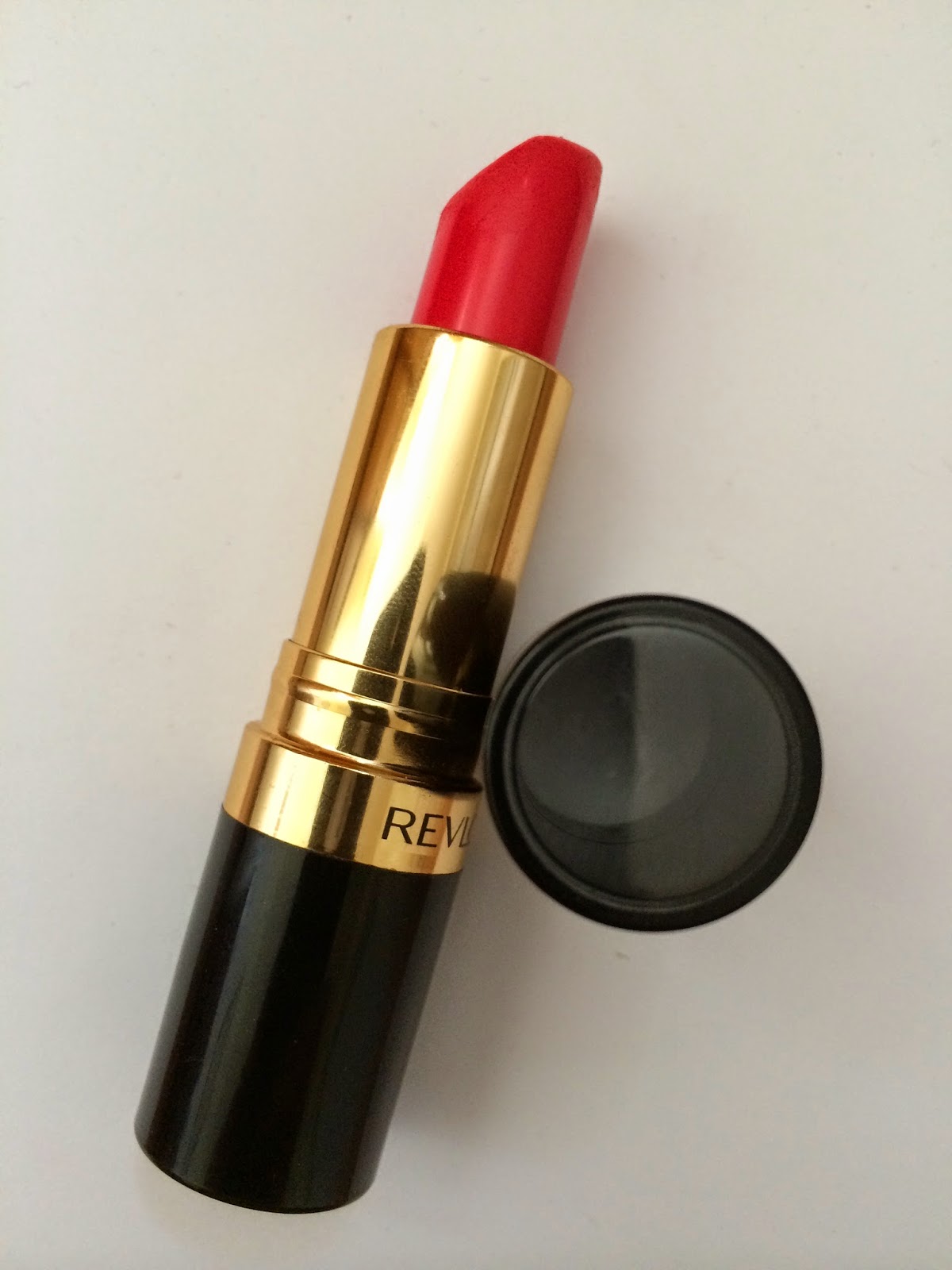 Who knows whether this lipstick was named after Frost's vision of apocalypse, but one thing is for sure: if the apocalypse arrives during our lifetime, a vibrant red lipstick with warm coral undertones will stand you in good stead. In the immediate aftermath of the disaster, you'll be able to barter bits of it for food or blind your enemies with its fluorescent splendor. Later, after the inevitable rise of a corrupt, decadent dictator, you can wear Fire and Ice to government parties, infiltrate the inner circle (because who wouldn't be overawed by this color?), and begin undermining the system from within.

For now, though, you can appreciate Fire and Ice for what it is: a really nice red lipstick, opaque and semi-matte, with a healthy shine and almost overwhelming pigmentation. Like most of the Super Lustrous line, Fire and Ice is very kind to my dry lips. 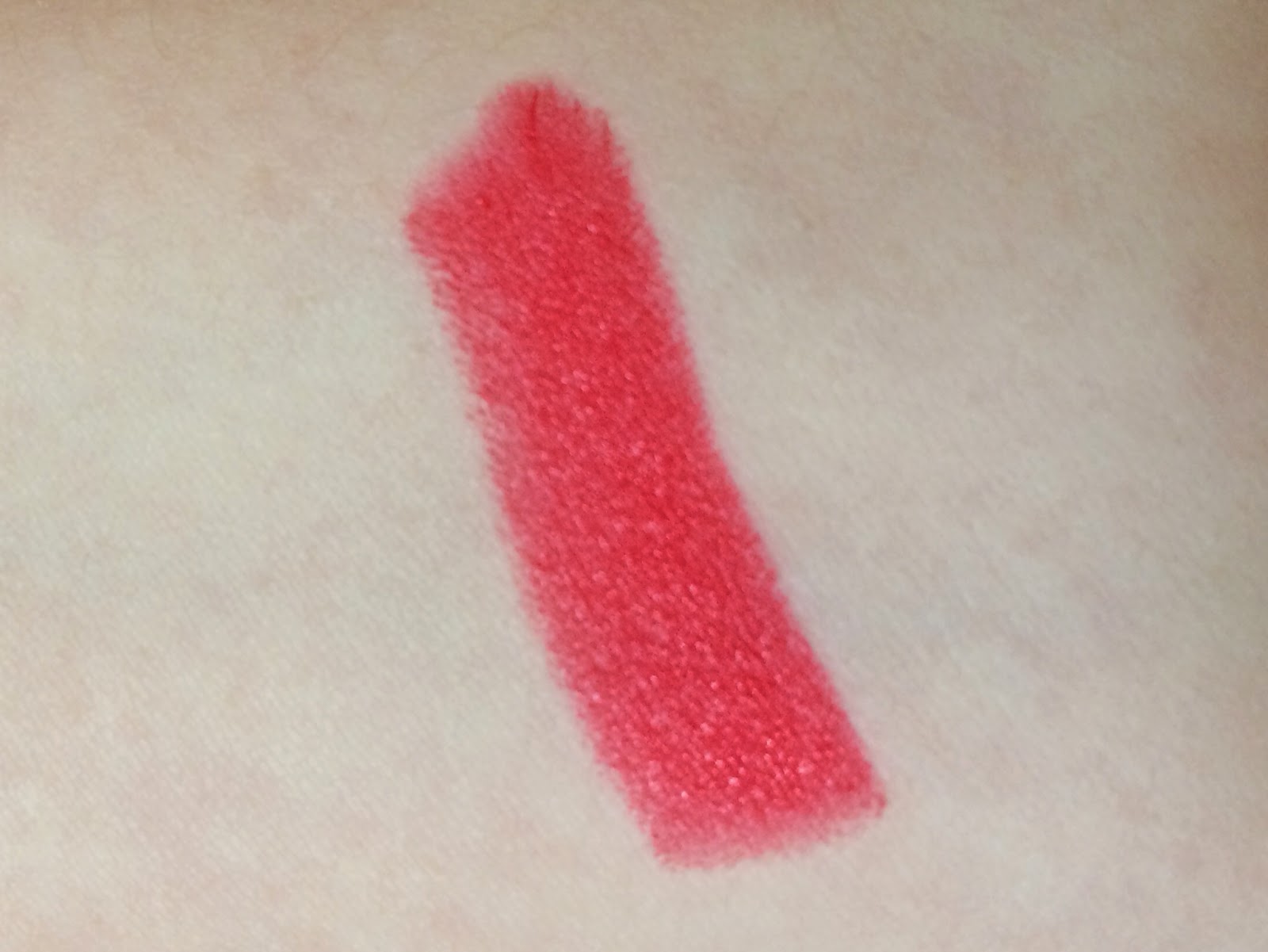 The undertones of Fire and Ice have been hotly (ahem) debated, with some bloggers speculating that its name comes from its ability to flash alternately warm and cool. I don't see blue undertones in it, though; both in the tube and in arm and lip swatches, it looks decidedly warm to me. Fire and Ice isn't a true orange-red like MAC Lady Danger, but it's not neutral, either. None of my lipsticks come close to duping it, but for comparison's sake, I've swatched it between two warmer reds (a warm red and an orange, really) and two cool reds: 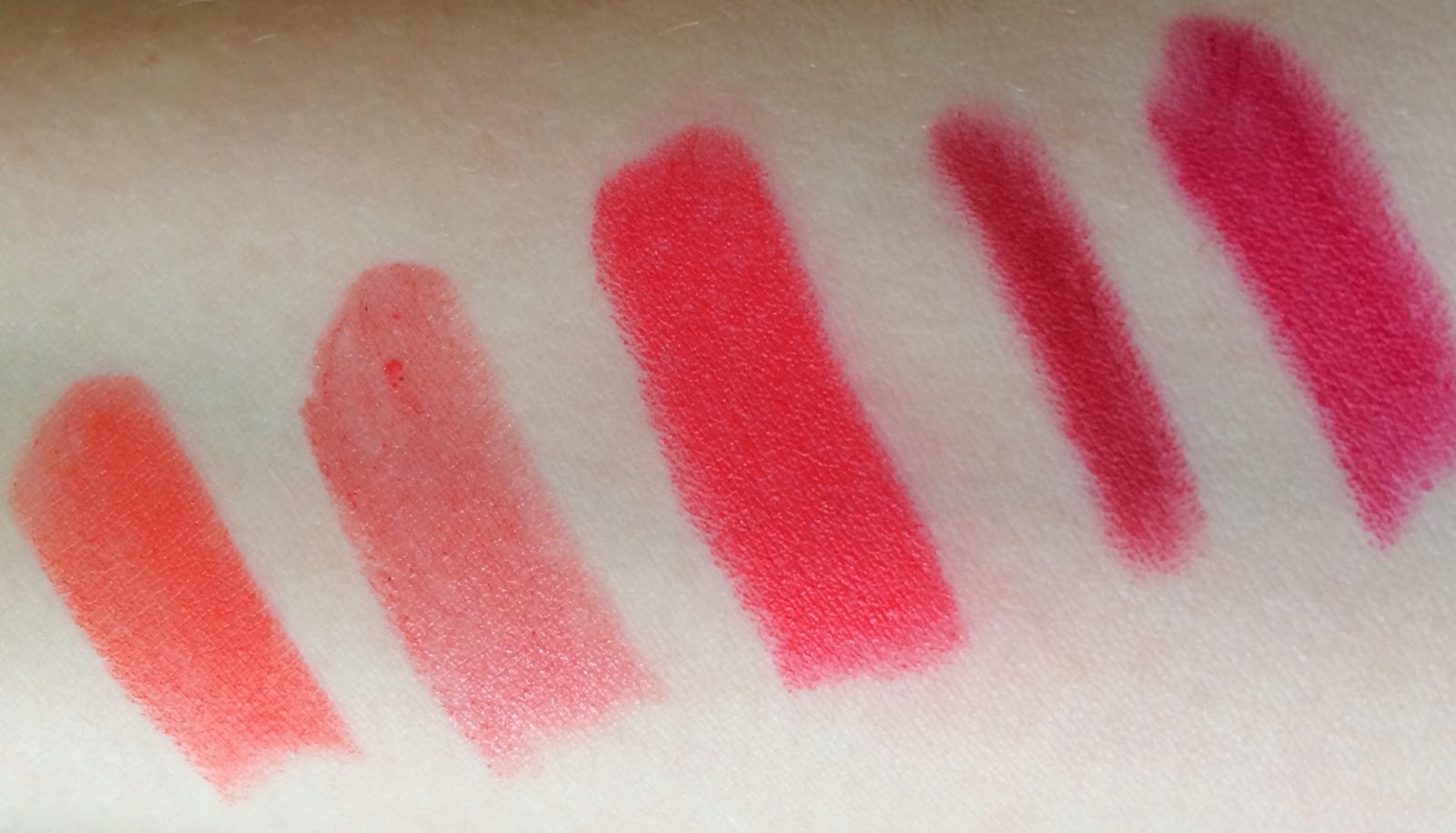 Left to right: Wet n Wild Megalast Lipstick in Purty Persimmon; Revlon Lip Butter in Candy Apple; Fire and Ice; NARS Matte Lip Pencil in Mysterious Red; NYX Matte Lipstick in Bloody Mary. See that almost neon glow that the other reds lack entirely? I think there must be some white in the formula.

Admittedly, my pigmented, mauvey lips do cool it down:

But when juxtaposed with the rest of my face, the red looks warm again: 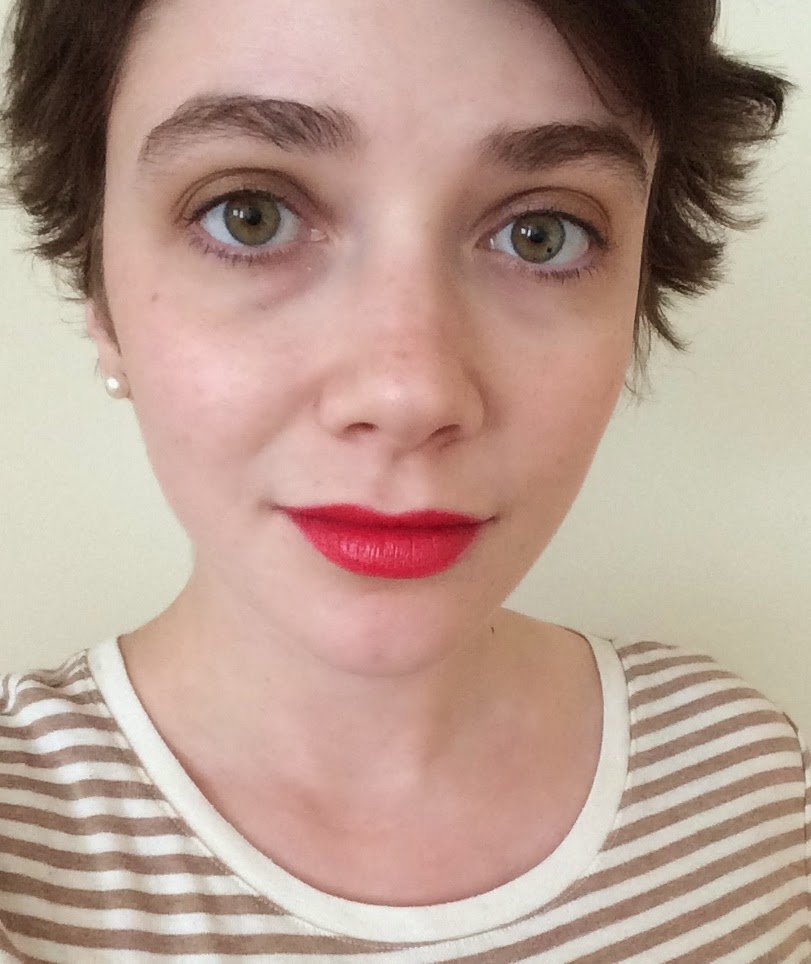 I have to say, I'm not crazy about how this looks on me. I shy away from warm reds in general, preferring cool pinky reds like YSL Rouge Gouache. Sometimes I'll put on Fire and Ice, frown at my reflection in the mirror, decide that life is too short for unflattering lipstick, and reach for Mysterious Red or Bloody Mary or Rouge Gouache. I wouldn't say that Fire and Ice is a total mismatch for my complexion, but it's just not good enough. And yet I can't bring myself to get rid of it. The formula is perfect, and the shape-shifting color is really special--and there's always the apocalypse to think about.
Posted by auxiliary beauty at 2:50 PM