Notes: Ruby Star was a gift from my mom, who included it in her annual Valentine's package (aww). She thought she was sending me an unremarkable berry-red lipstick, not a berry-red lipstick with a raging case of disco fever. How wrong she was. 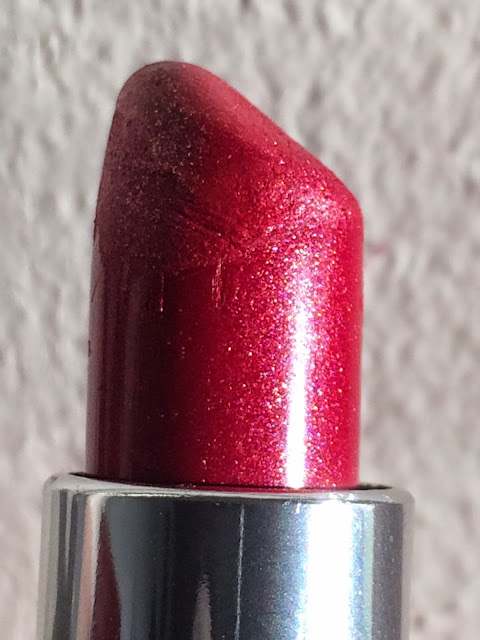 Ruby Star's distinguishing feature is an obscene abundance of gold and blue glitter. As I'm sure I've mentioned before, I'm averse to shimmer and glitter in lipsticks, so I would never have bought this for myself. But the universe placed it in my path, and as it turns out, disco fever is highly contagious.

Had I glanced at Ruby Star under drugstore lighting, I would have muttered the F-word--frost--and moved on. But having seen it in direct sunlight, I'm reluctant to call it a frost lipstick; I think of frost as white or silver, with smaller, finer particles. Though Ruby Star's base color is cool-toned, the gold glitter warms it up significantly, and the glitter bits are large enough that they never meld together into a frosty sheen. Or maybe I'm just lying to myself, clinging to old prejudices, trying to justify a love that dare not speak its name--and last dared speak it in 1991. Frost. 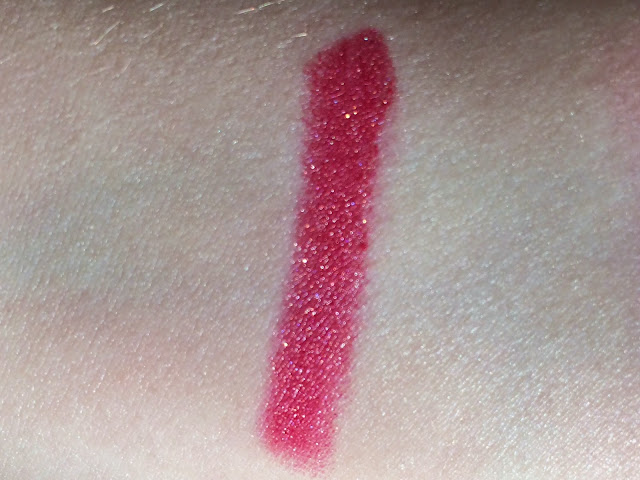 I can imagine a Bond girl from the Roger Moore era wearing this; in fact, "Ruby Star" would be a perfect name for a Bond girl. For my part, I can't remember wearing Ruby Star into polite society more than once, on Valentine's Day last year, when my boyfriend and I went out for drinks and Indian food and I ordered a cocktail filled with conversation hearts. Ruby Star is the lipstick version of that cocktail: an emblem of don't-give-a-damn sugary frivolity. 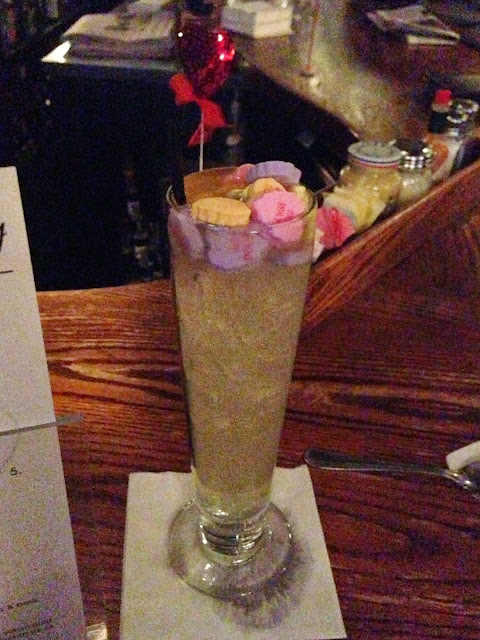 Ruby Star's texture is emollient but gritty; you can really feel all that glitter going on. I have dry lips and deep lip lines, and I find that the texture emphasizes both. I don't mind very much (if I'm wearing this lipstick, I've already put self-consciousness aside), but it's something to keep in mind. Also, the slick formula makes the color blur and feather at the edges, which almost never happens to me; a lip liner would be useful here. But let's ignore such things and focus on the astonishing fact that this lipstick comes from a drugstore brand, not an indie company that names all its products after post-apocalyptic teen novels. (Just to clarify, I don't mean that as an insult. Far from it.) 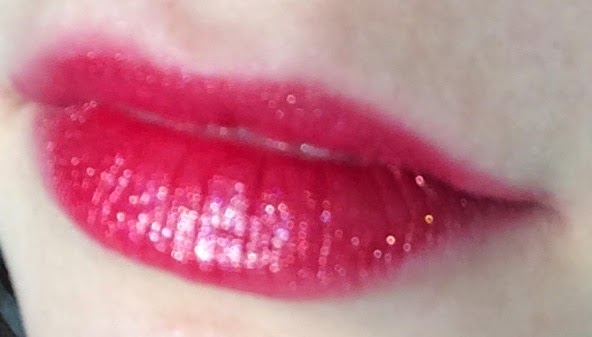 Two more angles, for no reason other than gratuitous omfglitter: 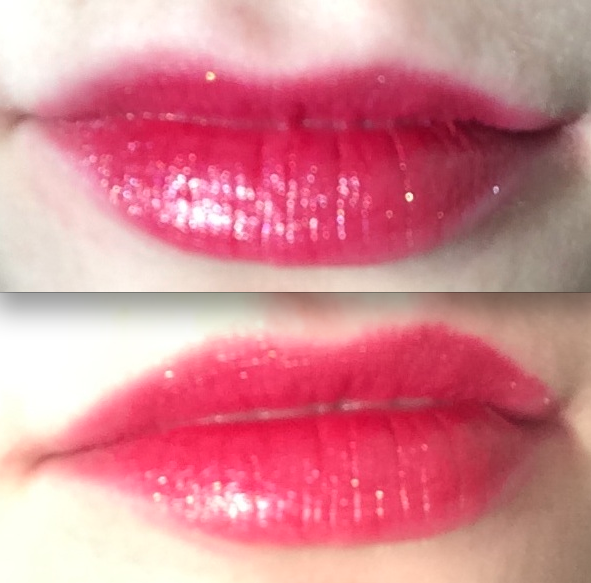 For my full-face photo, I decided that nothing would do but MOAR GLITTER, applied and blended haphazardly (she said, as if another method were available to her). On the eyes, we have a base of Maybelline Bad to the Bronze, topped with theBalm Seductive (the bronze shade from the Nude 'Tude palette); NYX Jumbo Eye Pencil in Knight at the outer corner; and, smudgily lining the upper and lower lashlines, NYX Slide-On Pencil in Jewel. Knight is green with gold glitter and Jewel is purple with pink glitter, but I got overenthusiastic with the blending, so you really can't tell. 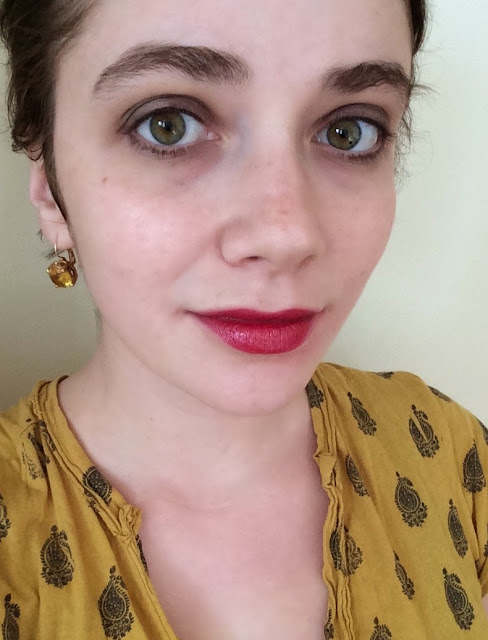 Hmm, the glitter isn't showing up. Why don't we sit on the floor, tilt our face directly into the evening sunlight, force ourselves not to squeeze our eyelids shut against the sun, and try to snap a selfie without capturing the shadow of our own arm? 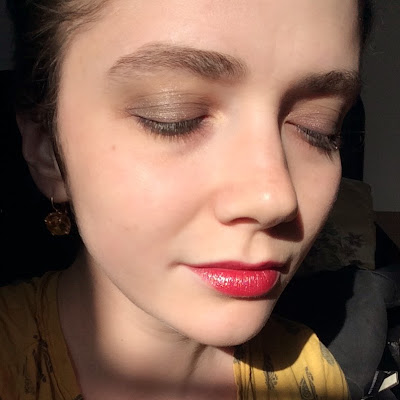