I wrote the first draft of this post last night, under the influence of two of these: 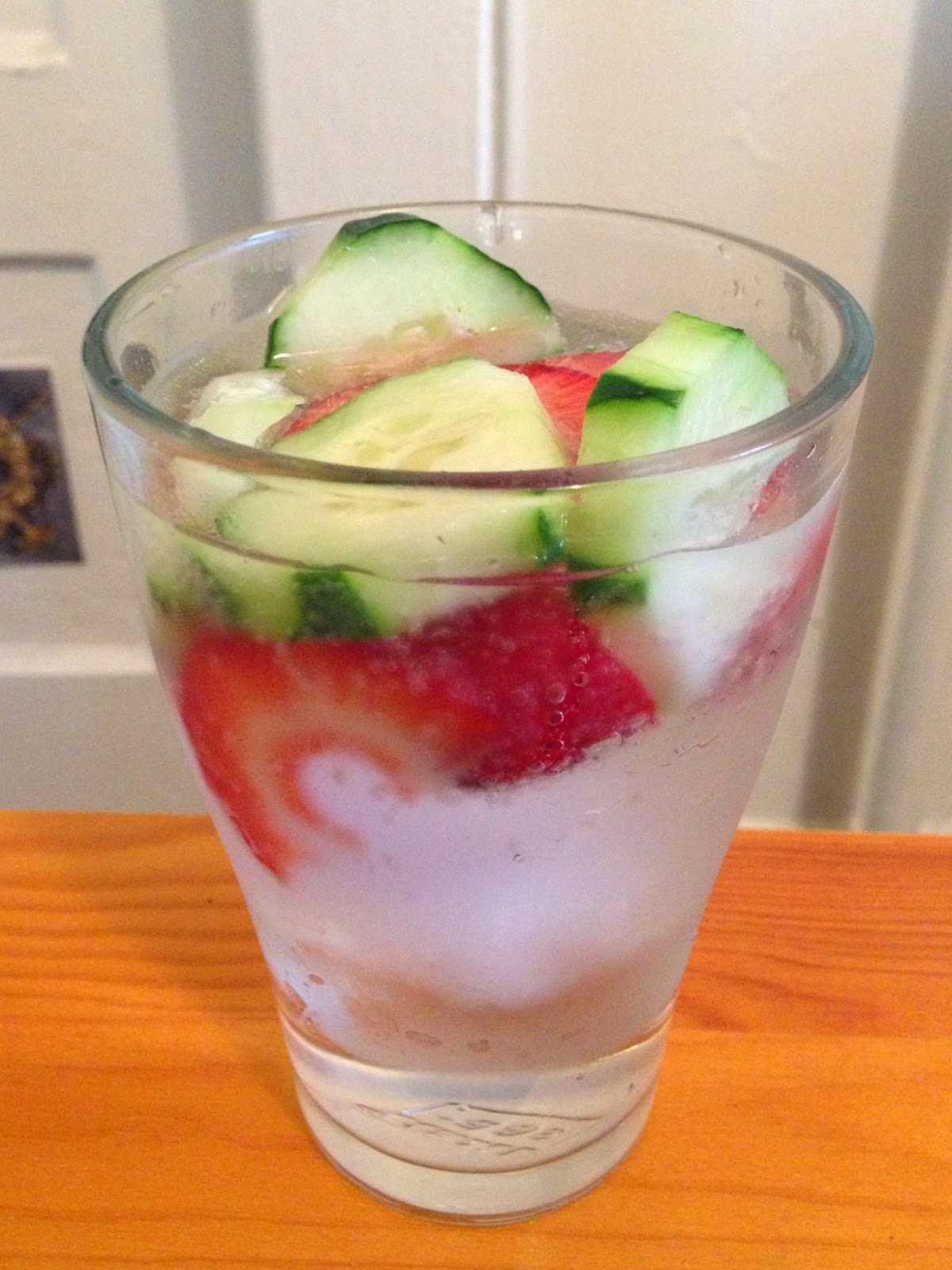 Gin, cucumber Dry Soda (which you must try, if you have access to it), and enough fruit/veg garnish that I could pretend, at least for a few seconds, that it was a week from today and I was drinking a Pimm's Cup across the Atlantic. After a few gin-infused strawberries, I seem more charming to myself than I actually am, and my writing tends to suffer accordingly. Lucky for you that I didn't write too much, and that I edited the post this morning, under the less giddy-making influence of a large coffee.

This week saw the last meeting of my monthly dissertation seminar in Washington, DC. On my lunch break, I walked around Capitol Hill and took photos of nineteenth-century brickwork and cotton-candy-colored lilacs: 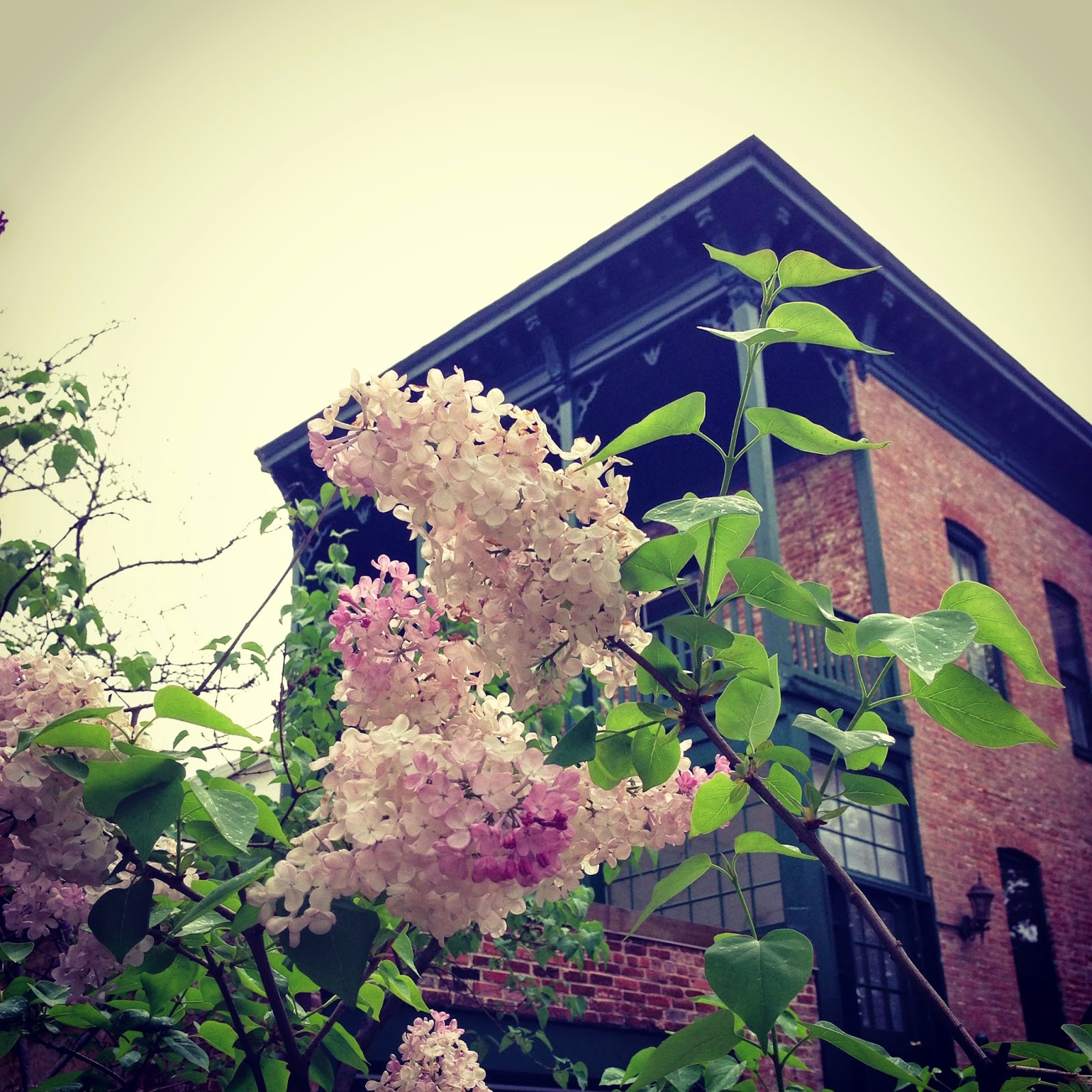 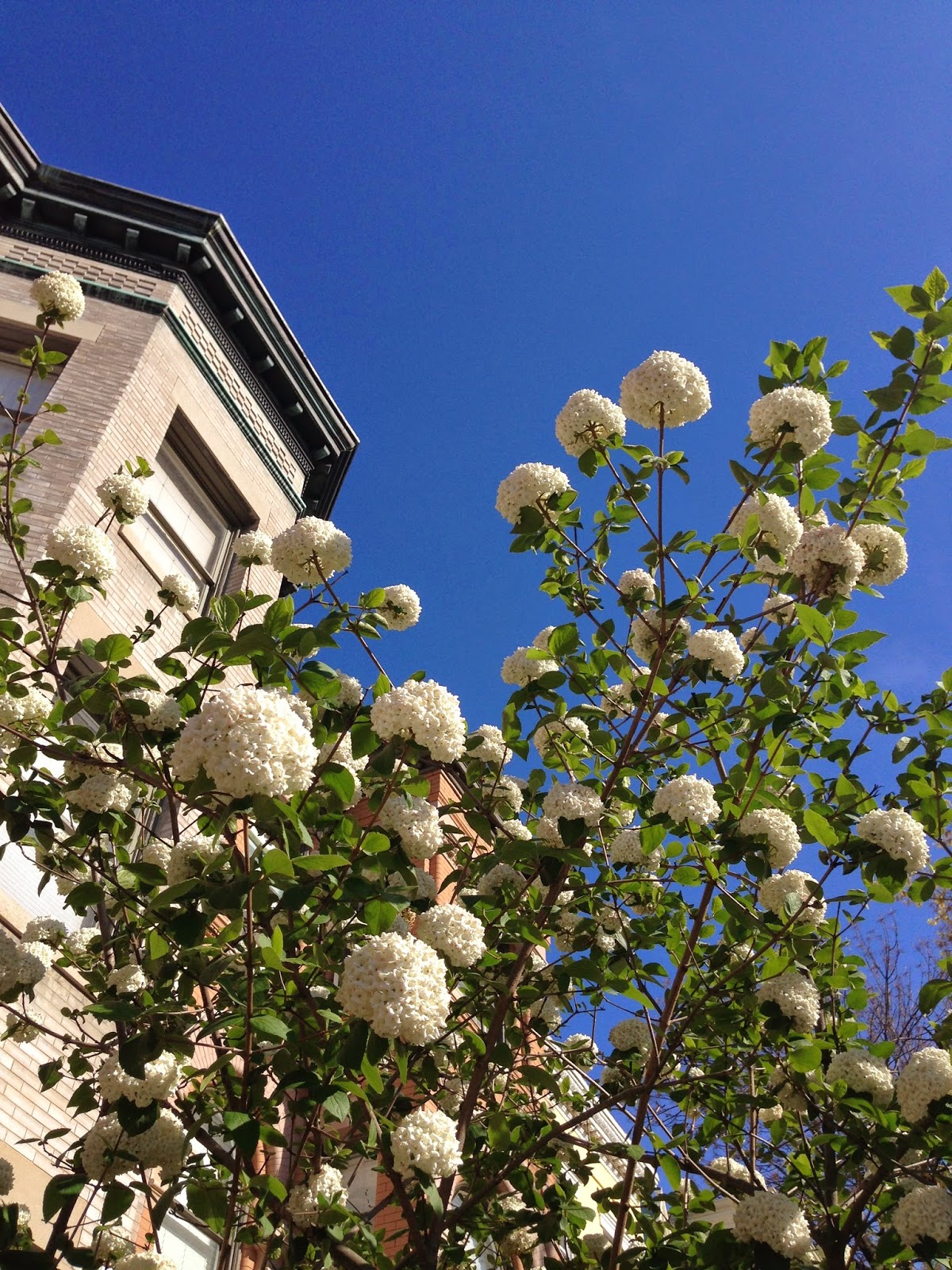 I arrived in Washington a couple of weeks too late for peak cherry-blossom season, but my hanami was no less enjoyable for that. 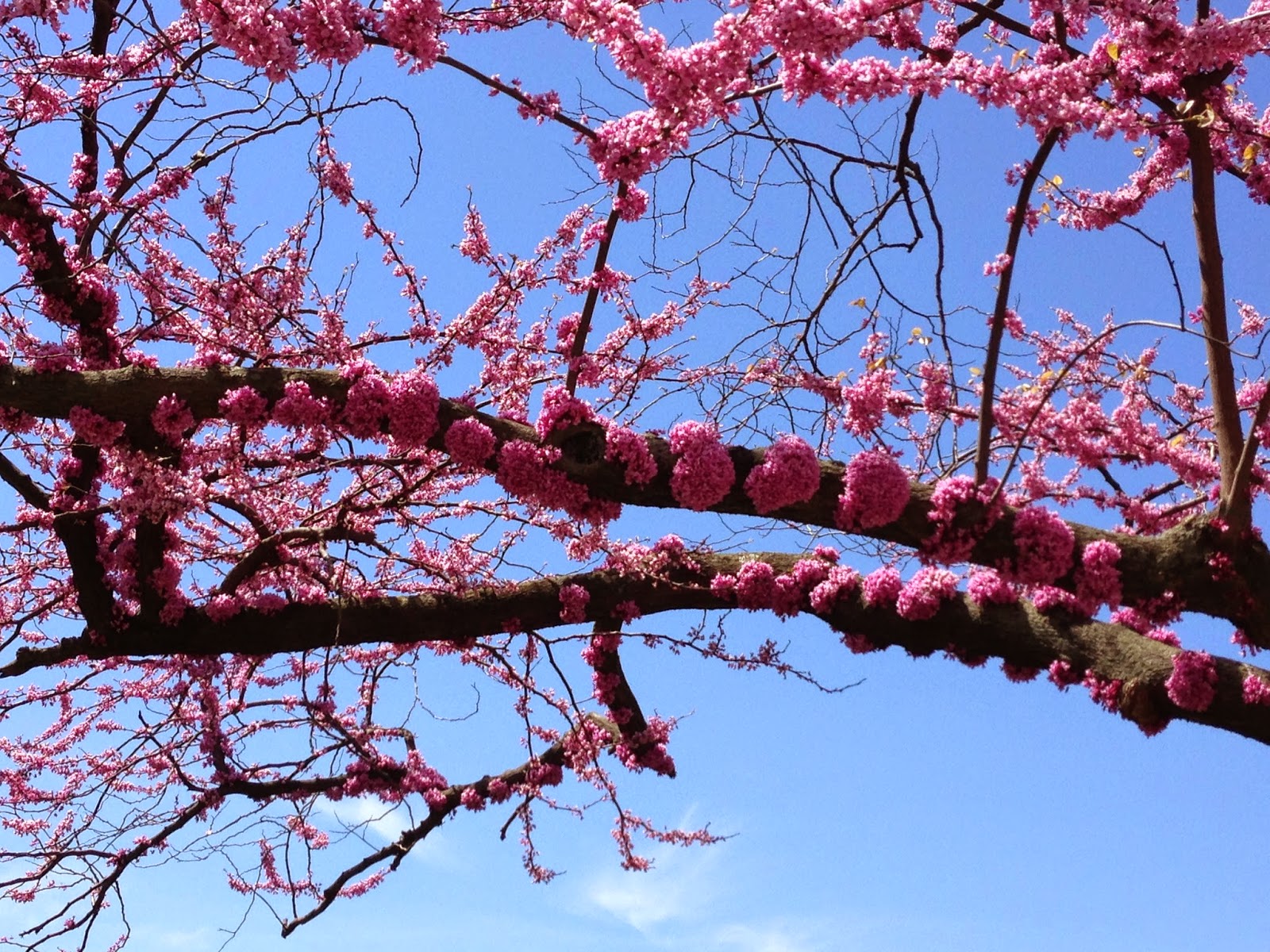 I've mentioned my love-hate relationship with my local CVS, which, in addition to employing people who try to dissuade me from my lipstick purchases, takes forever to restock items. (Forget about stocking new makeup collections: the Revlon Matte and Lacquer Balms arrived four months after they were first released.) Since the beginning of April, I'd wanted to buy Maybelline Shocking Coral, the warm bright pink from the deservedly hyped Vivids range (coming soon in my Lipstick Chronology). There were two tubes of Shocking Coral at CVS, both mutilated by swatch-and-run offenders. I waited a couple of weeks; those tubes never got replaced, and no new ones came in. So on Thursday evening, while in Washington, I walked at least two miles to buy Shocking Coral at a CVS near the National Mall. 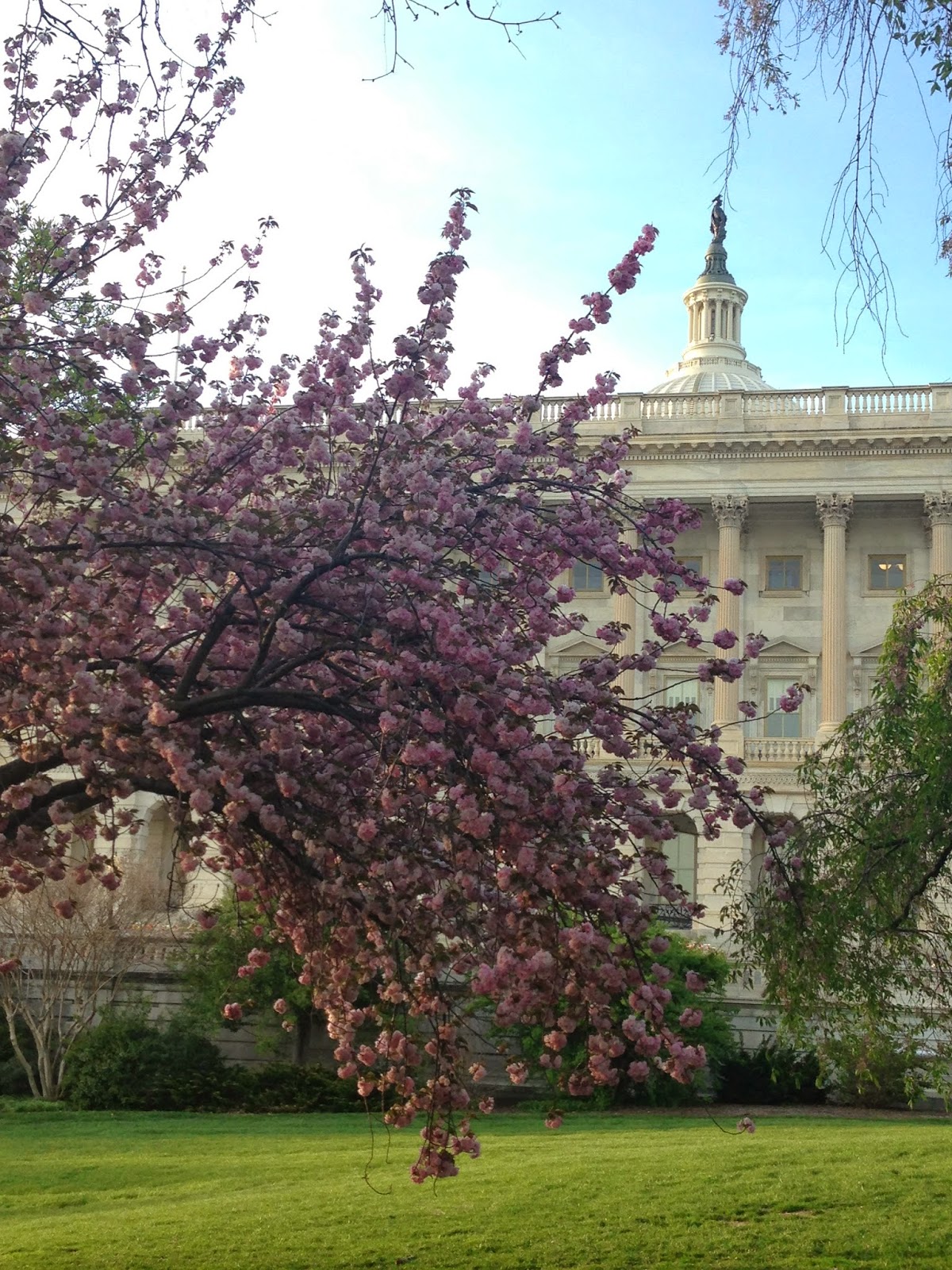 Yeah, the Capitol surrounded by flowering trees, whatever; give me my damn lipstick. 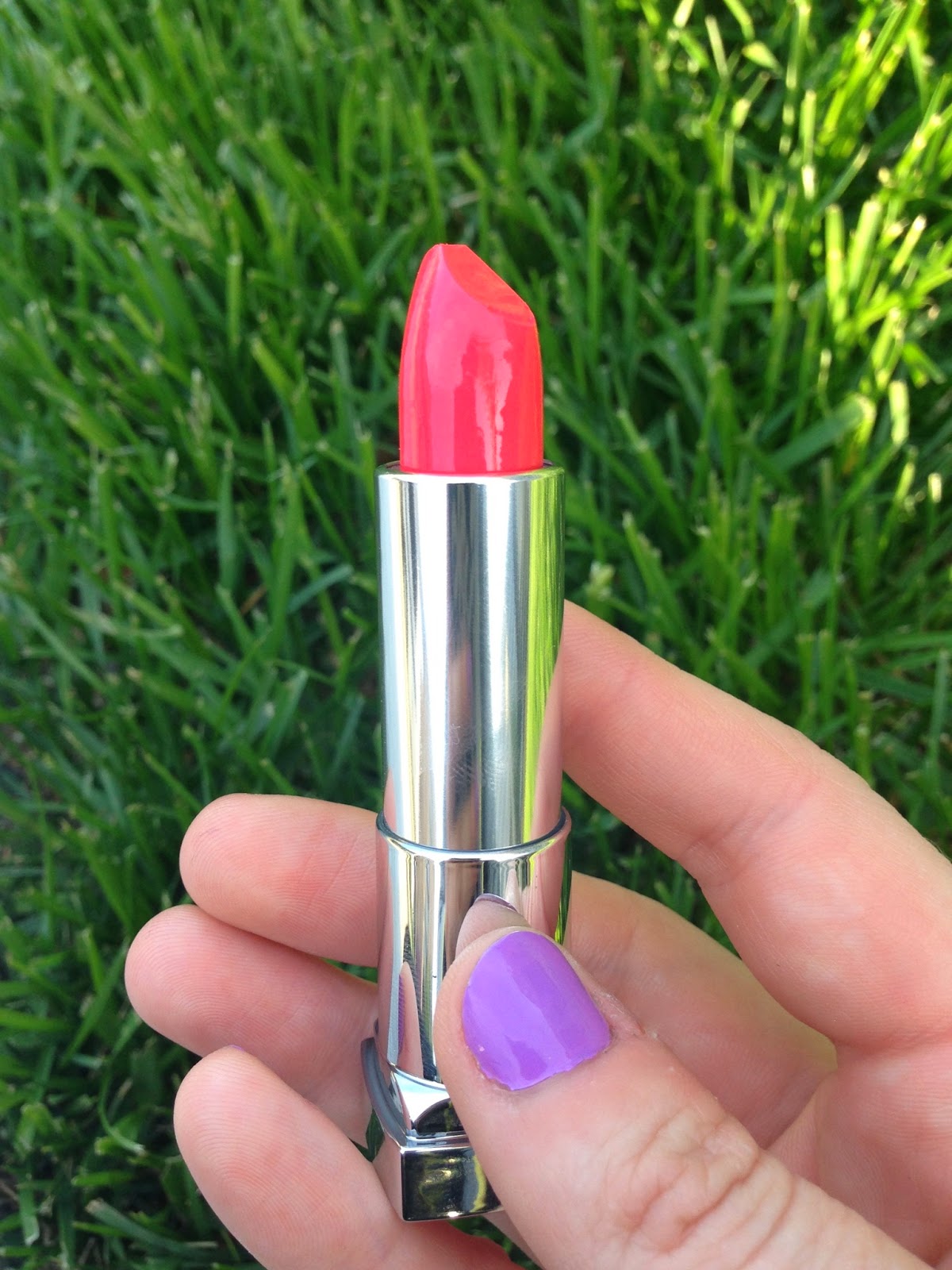 But what promised to be a perfect pinky coral turned into a standard fuchsia on my lips, which pull everything darker and cooler. I returned the lipstick so quickly that I never even took swatch photos. On to the next!

Last night I painted my nails with Essie Lady Like, a pink-mauve-nude that lives up to its name, and Maybelline Nighttime Noise, which I reviewed here. 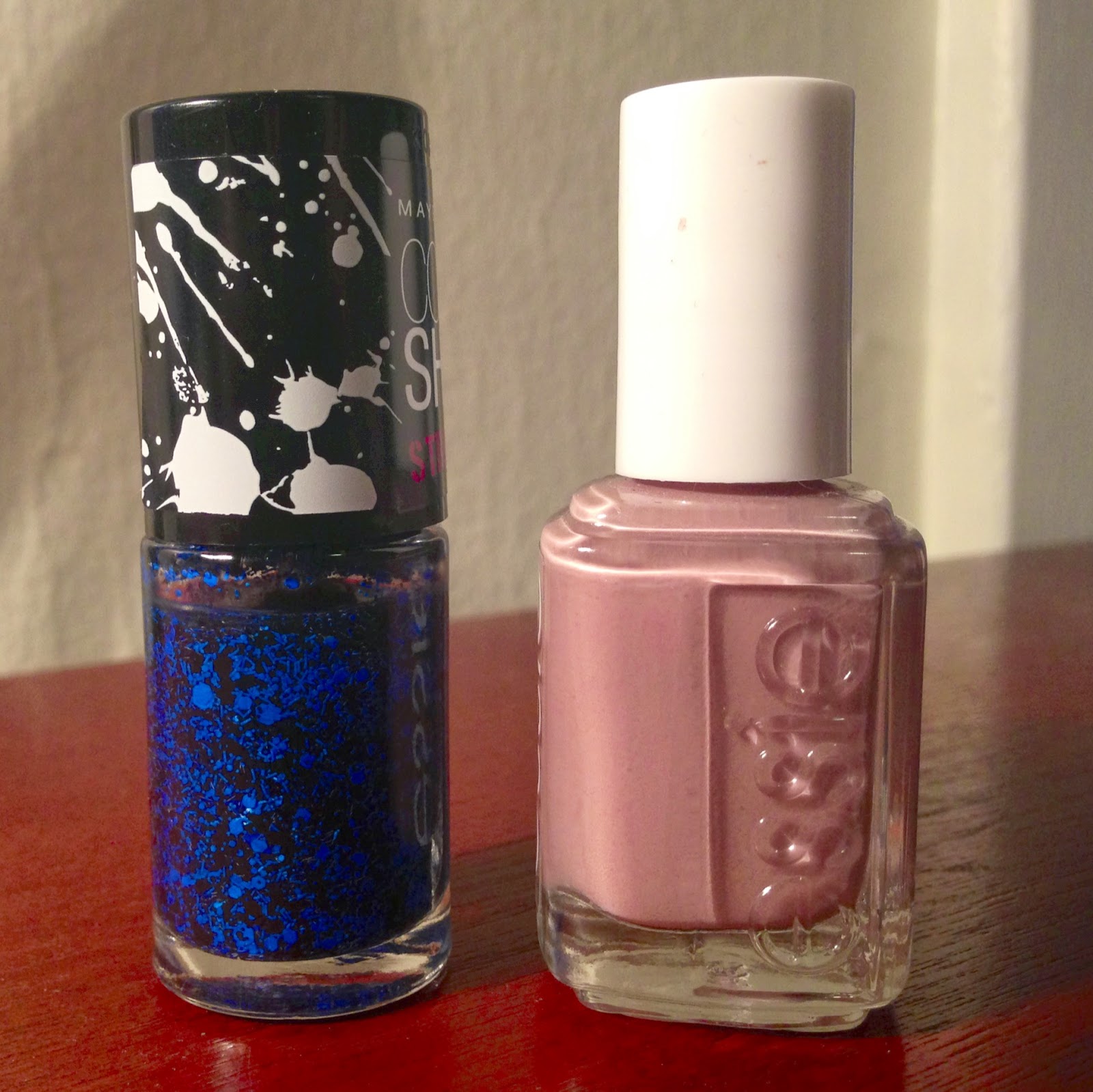 Three coats of Lady Like; two of Nighttime Noise; one of Revlon Quick Dry Top Coat. 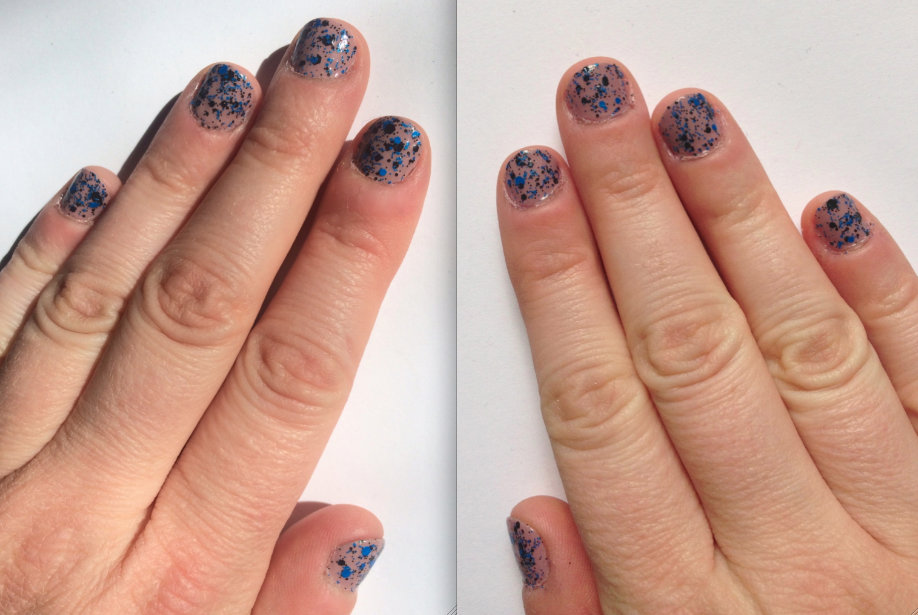 I prefer Nighttime Noise over a brighter background, but I do like the toned-down effect of this combination.

(ETA, several hours later: the more I looked at it, the more I disliked it, and finally I removed it in favor of Chanel Tapage. This is why I usually avoid glitter topcoats: you never know what you're going to get when you layer them over another color.)

In just over a week, I'll be leaving the country for the first time in six years. In June 2008, I returned to American shores from my junior year abroad at St. Anne's College, Oxford, my heart broken by a ten-minute dalliance with the JCR President, my alcohol tolerance at an all-time high. I'm now going back to the UK for a five-week stay (and two academic conferences, and a short jaunt to Italy), which means new beauty brands! This is where I need your help. Which British/European brands--preferably drugstore, preferably cruelty-free--should I look into? I already have my eye on & Other Stories, Illamasqua, and Barry M, but I know there must be more.

Oh, and I might as well confess here that I plan to buy a Dior Fluid Stick at the duty-free shop in the Newark airport. I haven't seen the range in person yet, but the recent flood of blog swatches has me infatuated with Wonderland, which looks like the perfect amalgam of fuchsia and coral. I feel like Henry VIII after seeing Holbein's portrait of Anne of Cleves. How could a two-dimensional image possibly mislead me?
Posted by auxiliary beauty at 12:44 PM