The Character of a Painted Woman: Makeup in Grad School

I came early to my calling (pedantry). 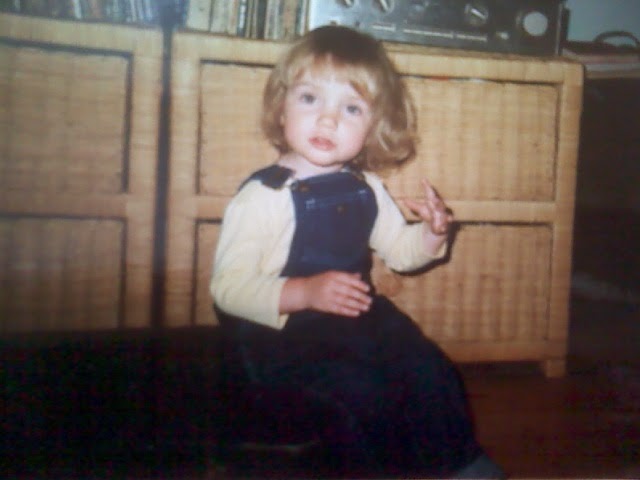 In that spirit, I'm joining with another doctoral student, Sylirael of The Painted Rogue, for a collaboration post on makeup in graduate school! (Or, I suppose, a pair of collaboration posts: this is mine, and you can find hers here.) Despite our disciplinary divide--I'm in the humanities, she's in the sciences--we both have a lot of thoughts on the experience of being a makeup-wearing female academic. 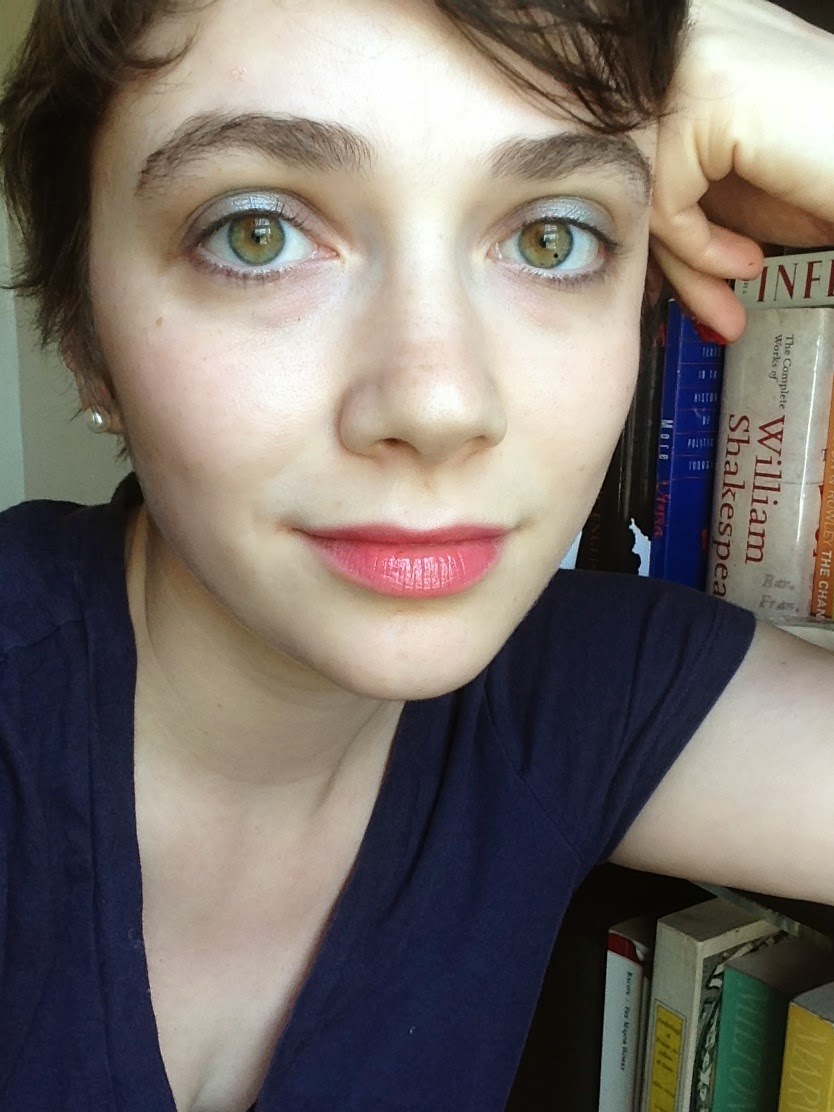 I wear makeup; I can also read. Fancy that!

"I am not sure I can give you the remotest idea of what graduate school is like," wrote Tom Wolfe in 1972. "Nobody ever has. Millions of Americans now go to graduate schools, but just say the phrase--'graduate school'--and what picture leaps into the brain? No picture, not even a blur. Half the people I knew in graduate school were going to write a novel about it. I thought about it myself. No one ever wrote such a book, as far as I know. Everyone used to sniff the air. How morbid! How poisonous! Nothing else like it in the world! But the subject always defeated them. It defied literary exploitation. Such a novel would be a study of frustration, but a form of frustration so exquisite, so ineffable, nobody could describe it."

Four decades have passed since Wolfe wrote this, and the Great Graduate School Novel has yet to appear. The problem with that hypothetical novel is obvious: nothing really happens in grad school. It's a period of suspended animation. You do things, you meet people, but mostly you're waiting for your real life to begin. No one wants to read a novel like that, unless its author is Proust.

But a blog post about grad school, especially a blog post involving makeup? That I can do. 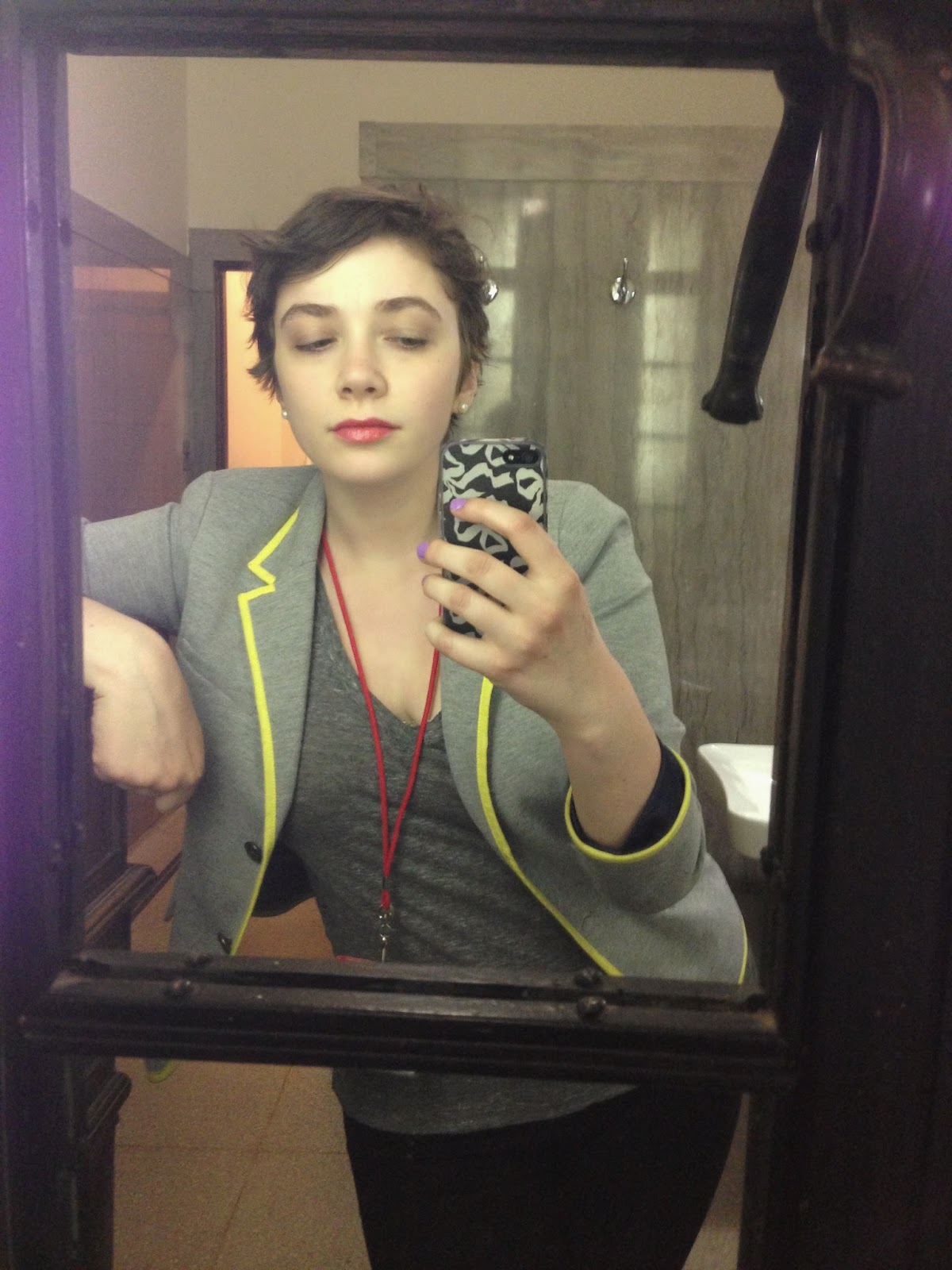 (Before my dissertation seminar last week. I'm wearing NARS Lhasa eyeshadow on my eyes and NYX Butter Gloss in Peach Cobbler on my lips, and displaying my usual deplorable posture. My boyfriend says this blazer makes me look like I'm on the cover of Sgt. Pepper's Lonely Hearts Club Band, which I can live with.)

About half of the female academics I've met, graduate students and professors alike, don't wear makeup at all. The majority of the other half wear no-makeup makeup: mascara, light pencil eyeliner, tinted lip balm. In my experience, grown-ups (i.e. professors) are more likely to wear lip color; in my four years in grad school, I've seen perhaps three other grad students wearing non-neutral colors of lipstick.

But let's go further. Let's get into cold, hard statistics. At my dissertation seminar on Friday, there were ten female grad students from nine different institutions in the room: an easy-to-work-with sample size, even for a literature PhD candidate. Of those ten, three were wearing visible color makeup. Of those three, one had chosen an unobtrusive bronze eyeshadow, another had some kind of blue eyeliner situation, and a third (me) was wearing the look in the photo above, though with the addition of the mint-green shade from the NARS Habanera duo. I was wearing relatively little makeup by the standards of the world at large, but I felt like the smirking strumpet on the cover of this book: 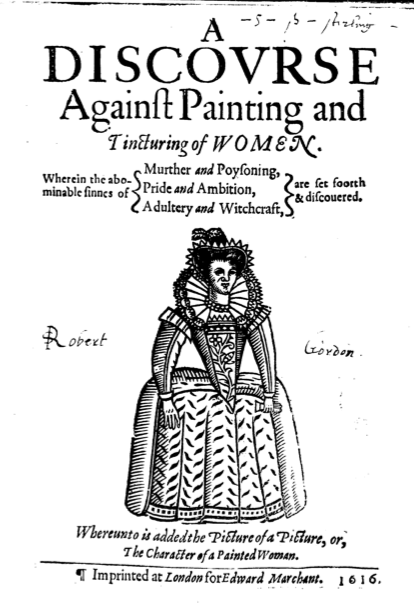 Does all this mean that there are rules governing makeup in academia? Well, yes and no. It always frustrates me that the most important rules in academia are unwritten. For instance: how do you find a tenure-track job in an increasingly difficult market? The only piece of advice I've consistently received is "write a good dissertation," as if any two professors can agree on what a "good dissertation" looks like. If I asked a female professor about academic beauty rules, I'd probably get the same sort of advice: "be tasteful," "look professional." In other words: no one really knows, but everyone sort of knows, and everyone thinks they really know.

To complicate matters further, there's a lot of unconscious sexism attached to the concept of "looking professional" in academia. I've heard female academics gossiped about--by other women, I should add--for daring to wear red lipstick to give a lecture: were they trying to look sexy? Did they not realize? Some academics seem to assume that if you care about the life of the mind, you don't have much brainspace left for your looks; conversely, if you put obvious effort into your looks, you must not be quite serious about your work. When I first got into makeup, I used to wear bright lipstick to classes and talks, but I always felt self-conscious. All of the professors in my area of specialty, and most of the graduate students, are men; none of the other female grad students in my subfield wear color makeup. A female classmate once visited my apartment, saw my collection of nail polish (which at that time numbered under 20 bottles), and said, "I'm totally judging you right now." In professional settings, no one has ever said anything negative about my makeup, but when you're the only person you ever see making a certain cosmetic choice, you start to question that choice.

So today I'm going to show you two looks: first, the sort of look I usually wear to academic events; second, the sort of look I sometimes try to get away with. The constants in both of these looks are CoverGirl concealer and LashBlast Length mascara, so I haven't photographed either of those.

Here are the products I wore yesterday, for an advisor meeting and other sedate campus goings-on: 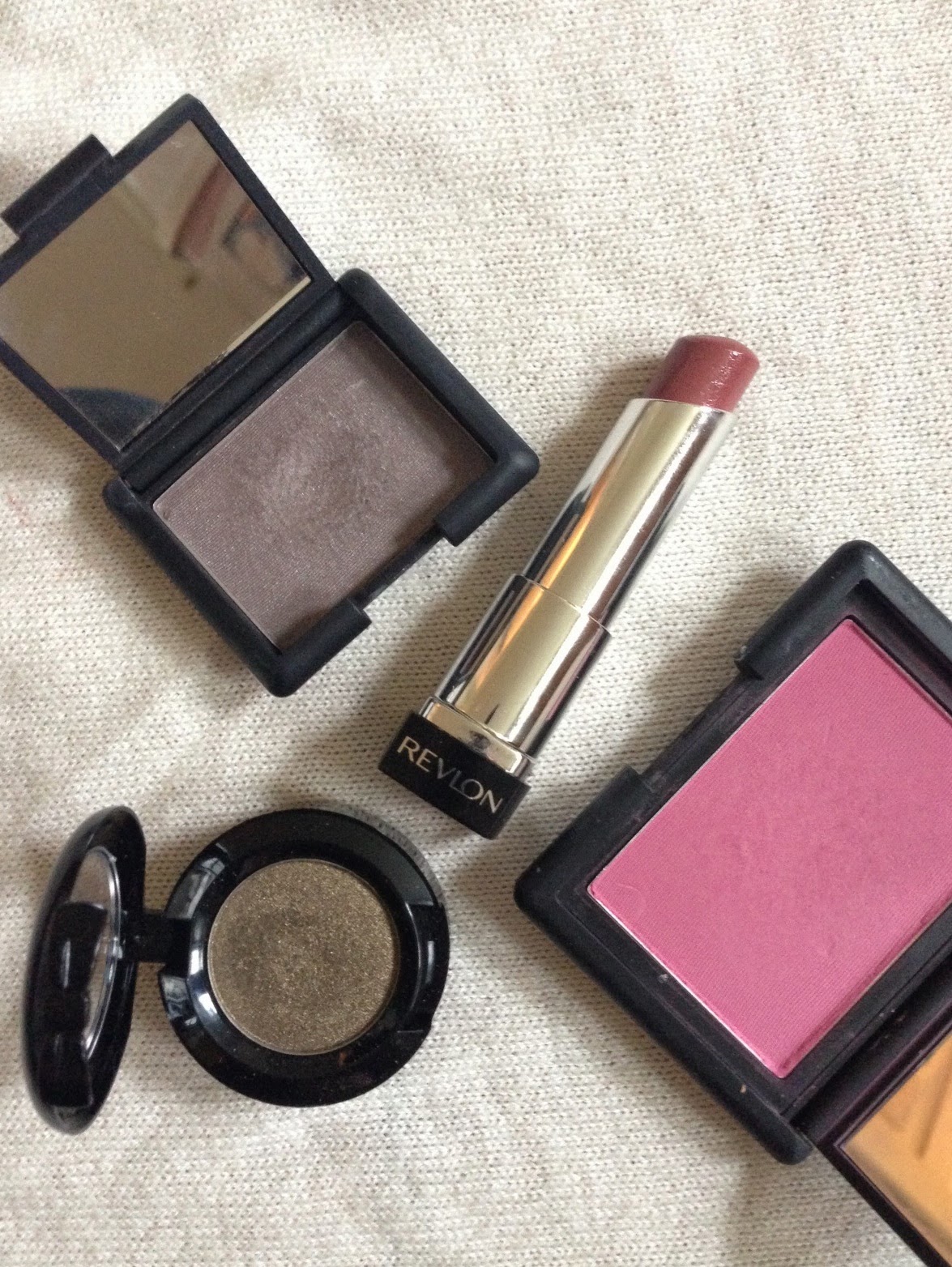 Clockwise from top left: NARS Lhasa eyeshadow, Revlon Pink Truffle lip butter, NARS Mata Hari blush, and NYX After Party eyeshadow. You may be wondering about the sudden return of After Party, which I panned in a recent post. The explanation: sheer laziness. I never got around to returning any of the three NYX eyeshadows I ordered back in March, and when I finally tried them again, I was surprised at how well they applied and blended over primer. Still on the dry and powdery side, but good enough.

Here's the finished look (forgive the deplorable lighting--it's been overcast and drizzling all day): 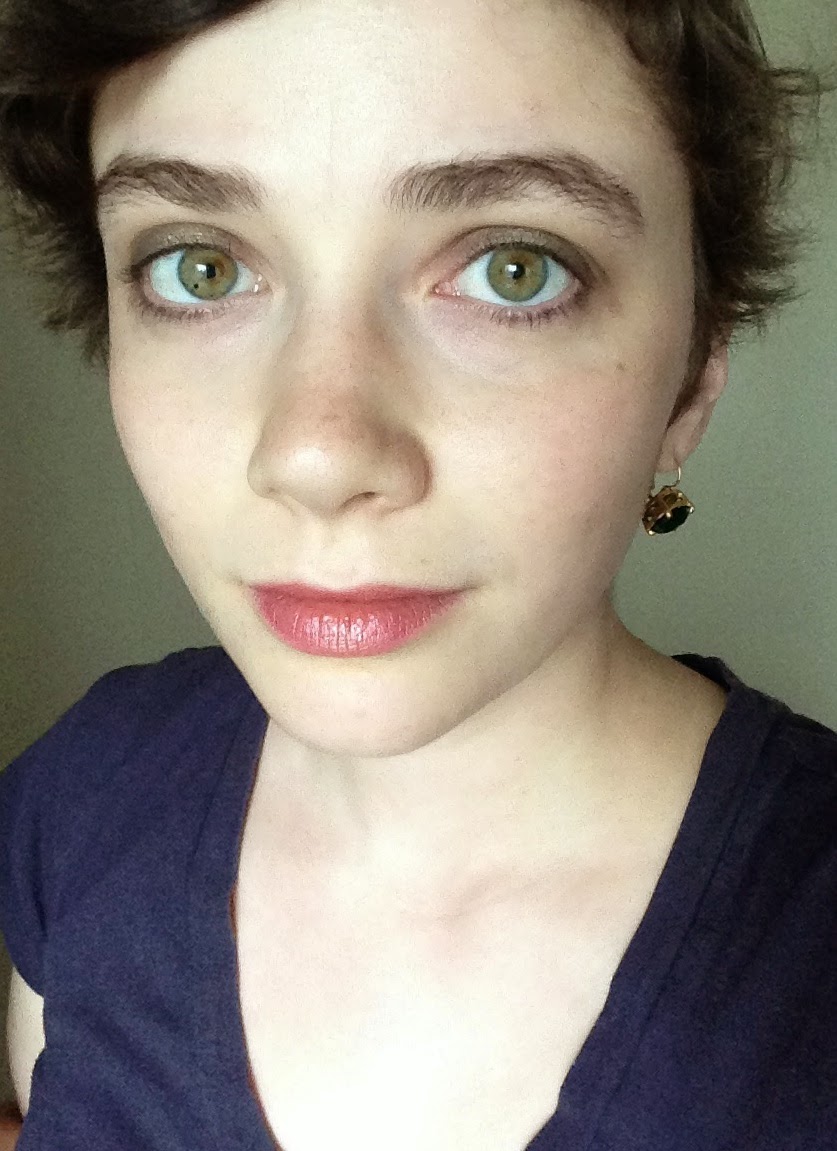 Eyeshadow placement is standard: Lhasa all over lid, After Party on outer corner and blended into crease and upper lashline. I also used the tiniest smudge of NYX Jumbo Pencil in Knight on the outer third of the lower lashline, but I'm pretty sure it's invisible. 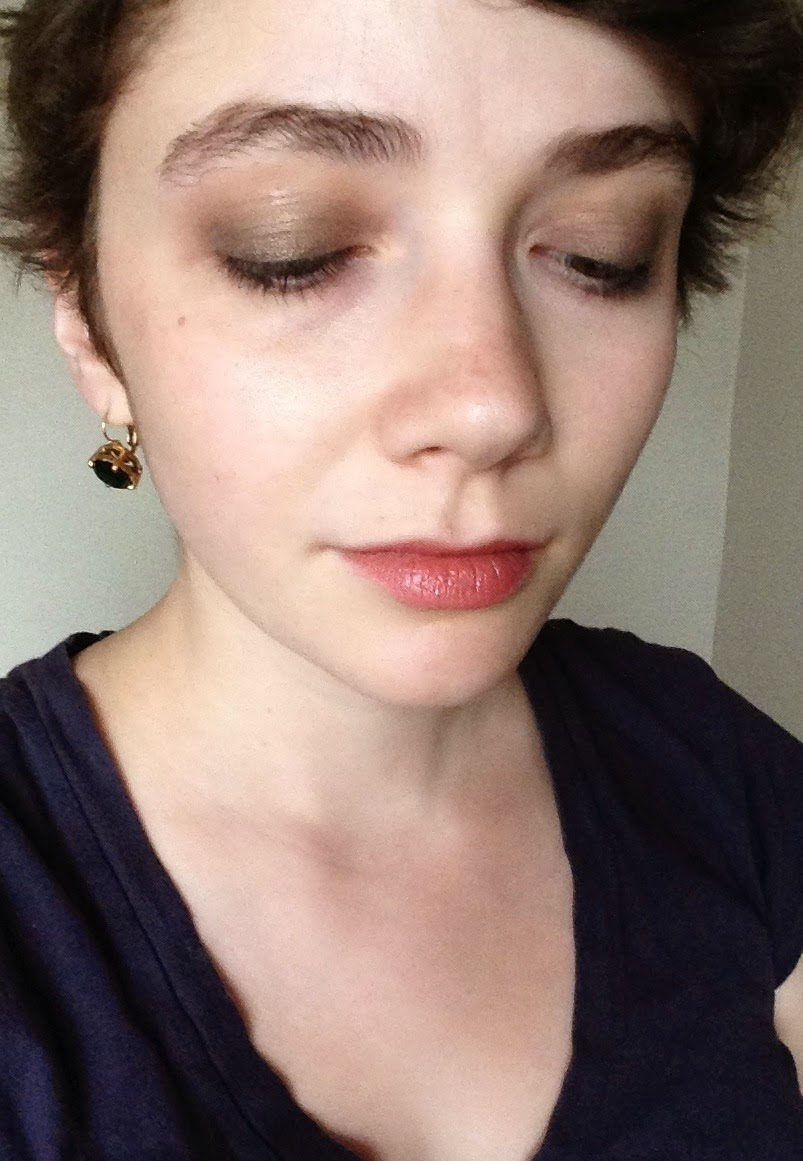 Let's keep things in perspective: I like this neutral look, and it's not a huge, heart-rending sacrifice to save my fuchsia lipsticks for the weekend. But it is a sacrifice, albeit a small one. So I've been experimenting with subtle ways to incorporate more color into my everyday looks. I call the following a "watercolor" look: light washes of intense color, coupled with a jelly-finish semi-opaque lipgloss. 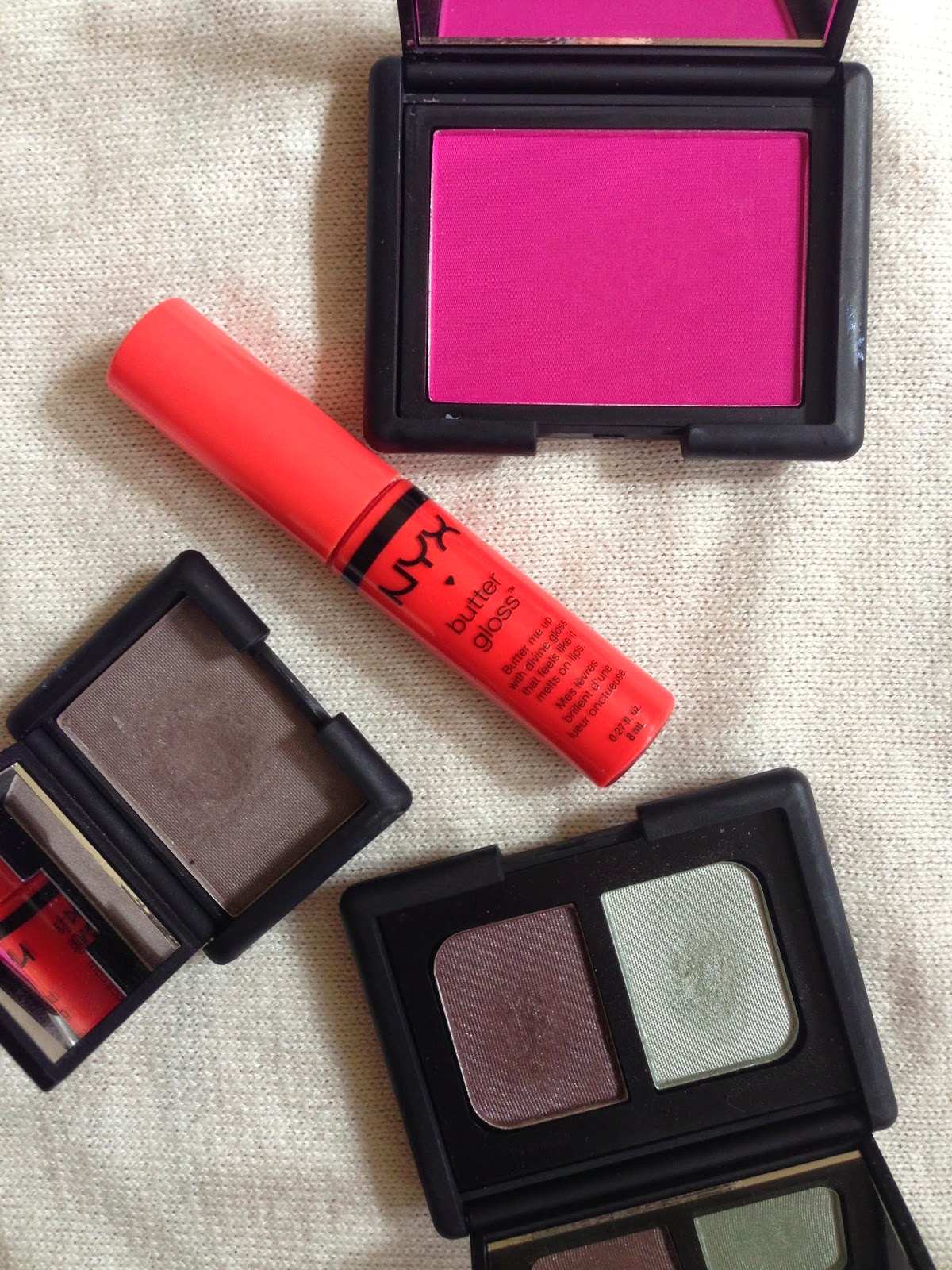 Top to bottom: NARS Coeur Battant blush (limited edition for Holiday 2013, tragically), NYX Butter Gloss in Peach Cobbler, NARS Lhasa (in future I'll try to limit the Lhasa overexposure on this blog), NARS Habanera eyeshadow duo. You saw this look in the second photo in this post, but here's a better look at the eyes: 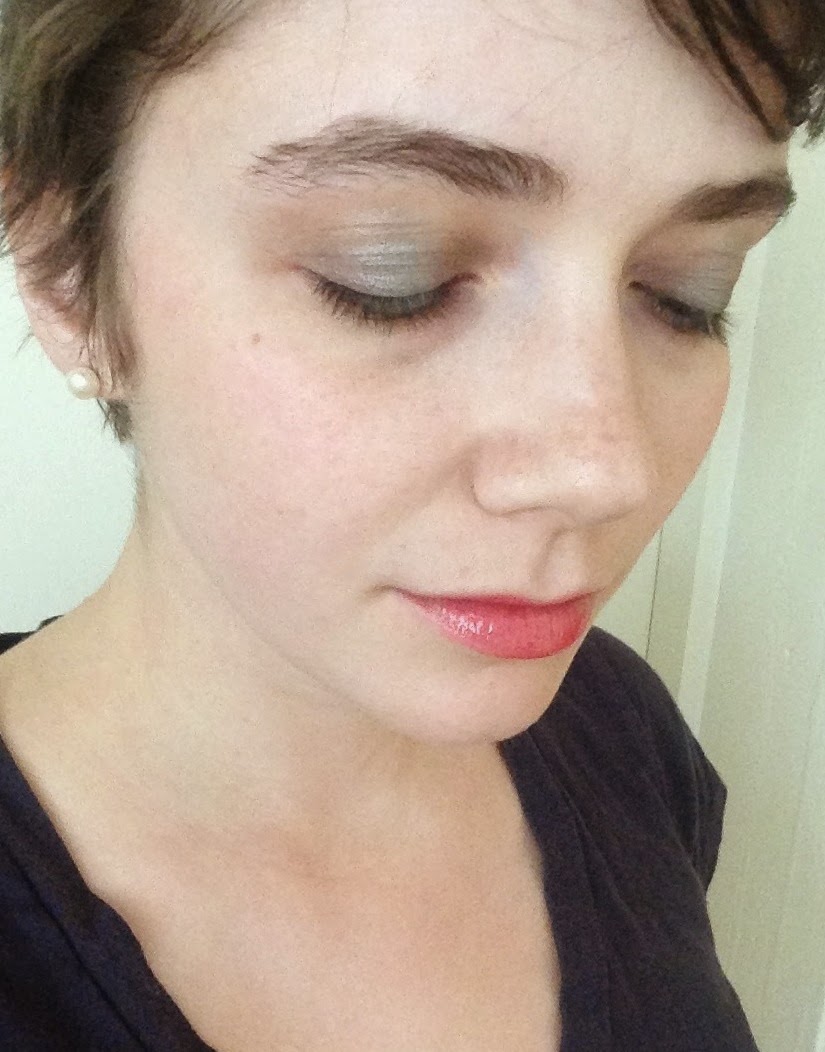 If you're feeling really bold, you can replace the gloss with a satin-finish lipstick in a similar color: here, Maybelline Vibrant Mandarin, which is mostly opaque but retains a bit of translucency.

Like Wolfe and his classmates at Yale, I often feel trapped in the great paradox of graduate school: I can't talk about it coherently, but I've also lost the ability to talk about anything else. Thank you for listening while I tried to do both.
Posted by auxiliary beauty at 6:01 AM