I'm back in the land of decent coffee and 97% humidity! No, that figure isn't an exaggeration. The summer humidity in this part of the Mid-Atlantic is out of control. Early June isn't all that hot, but I can't spend five minutes outside without feeling moisture pool in my scalp and eyebrows and the space between my eyelids and eye sockets. Gross.

In such conditions, there's no point in wearing powder eyeshadow; the most masterful blending and shading will melt and smudge into nothing. Best to rely on cream shadow or, better yet, eyeliner. Enter one of my purchases from England: Rimmel ScandalEyes Eyeshadow Stick in Blamed Blue, an iridescent teal. I picked it up on the same day I bought my Rimmel lip lacquer and Sleek blush; Superdrug was having a 3-for-2 sale and I wanted to try some eye makeup in a color I'd never actually spend money on. The ScandalEyes line contained some neutral colors that I knew would be more versatile, but I couldn't pass up that beetle-wing blue. 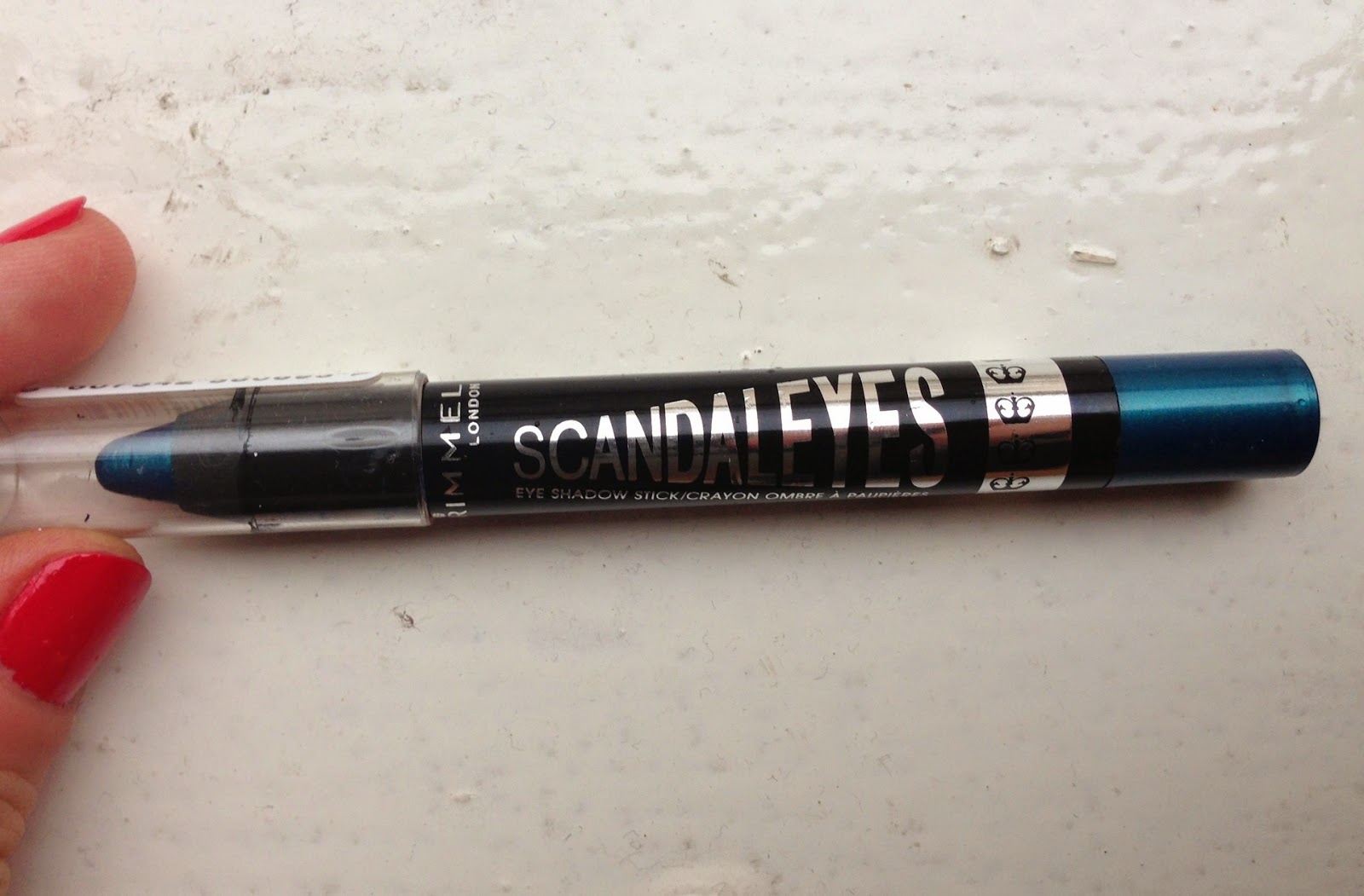 Side note: I hate the name "Blamed Blue." There's something so forced and awkward about a past participle coupled to a color. I know it's supposed to correspond with the "scandal" theme, but there must be a million better options. Blameworthy Blue. Bandit Blue. All right, I couldn't think of more than two, but I'm not getting paid to do this.

Focused, then fuzzy. These pencils may look like twist-ups, but they actually need to be sharpened. 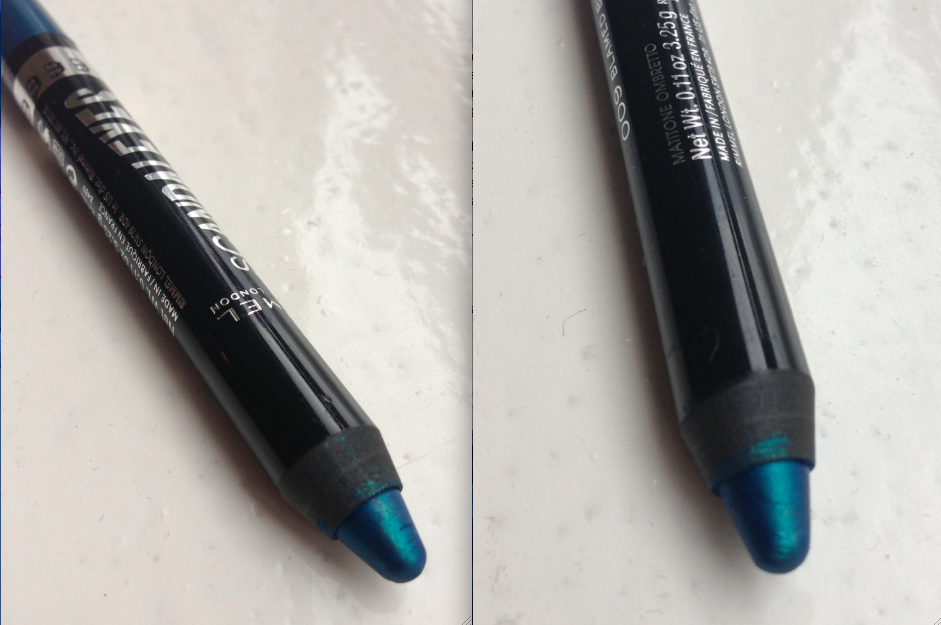 The ScandalEyes shadow sticks are thicker than normal eyeliners but thinner than, say, Clinique's Chubby Sticks for Eyes. They remind me most of the NYX Jumbo Pencils (one of which I reviewed here), except that the Rimmel version is less creamy and blendable than the NYX. Here I've swatched it in a plain line, then blended it out: 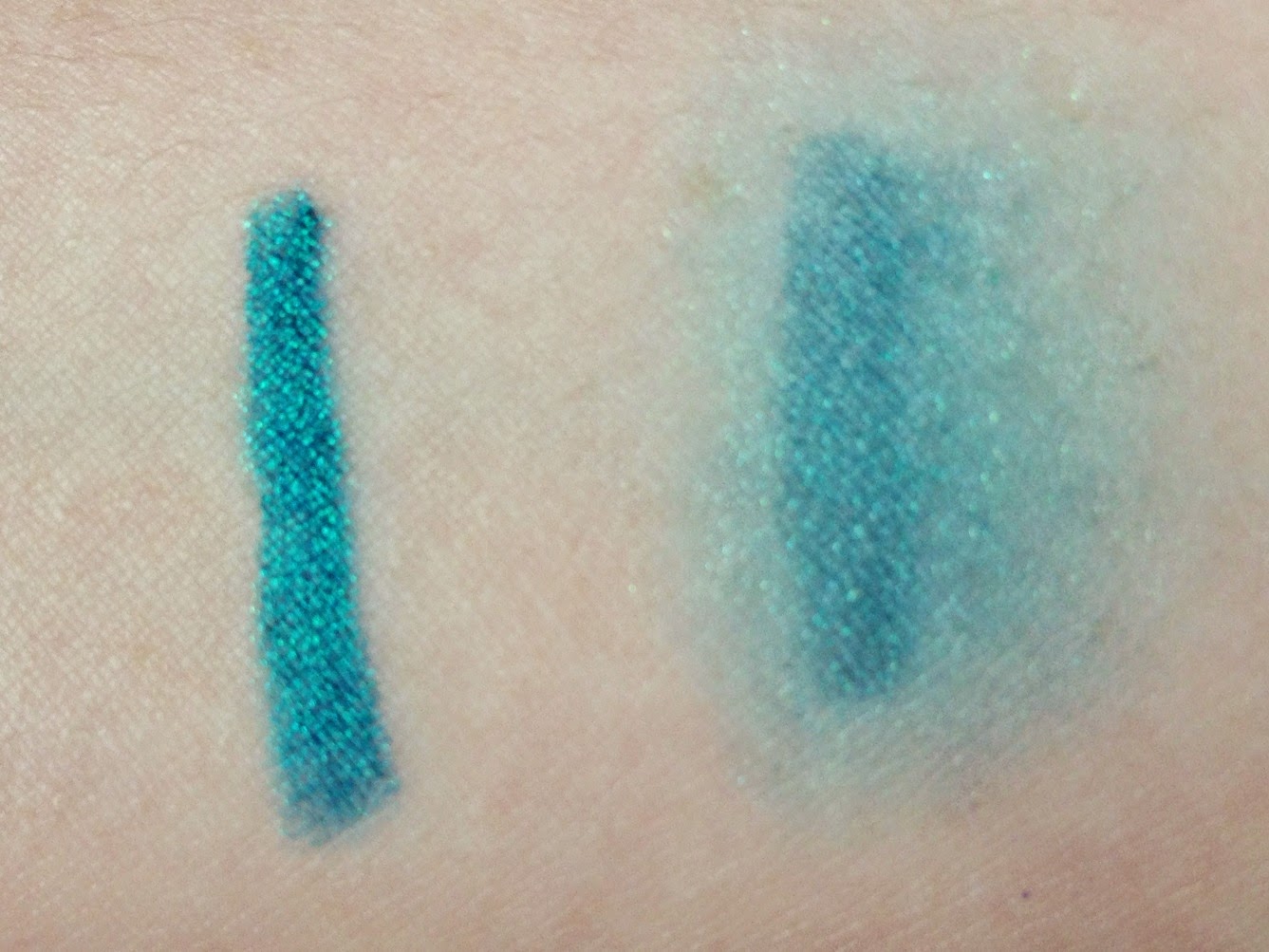 See how it hasn't spread out evenly, and most of it has clung to the first place it was applied? That's what happens when I try to blend it into any other eyeshadow. I wanted to use it as a center-lid accent for a taupe shade like NARS Lhasa, but it doesn't fully integrate into other colors. At the same time, it's on the thick side for an eyeliner, though that's how I've been using it. Essentially, it's trying to occupy two niches but fitting imperfectly into both. That turquoise, though! Dreamy. It reminds me of nineteenth-century beetle-wing embroidery, such as this piece from India (source): 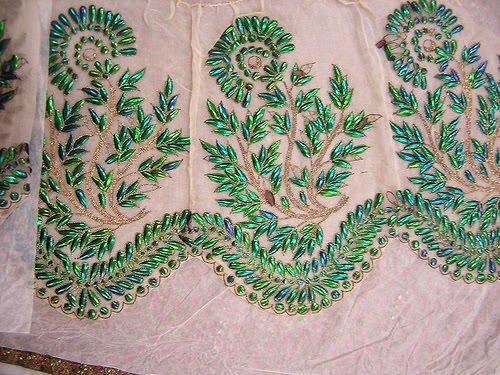 Or this spectacular Victorian gown (source): 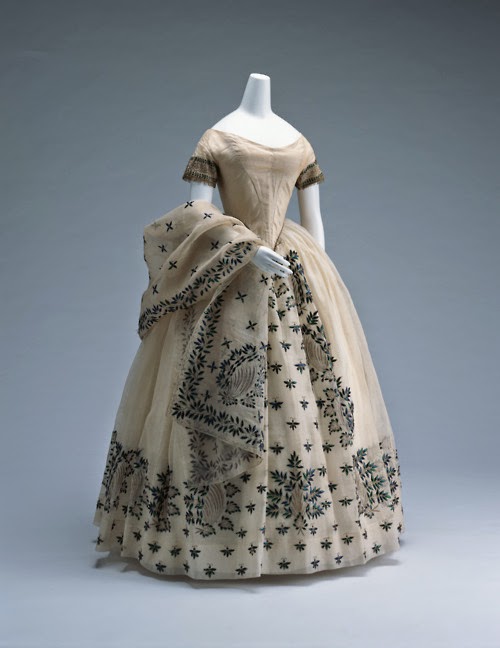 The good side of Blamed Blue's clinginess is that once it's on, it's on. No smudging, no wearing off. The bad part is that if you apply it clumsily and want to fix it, you're sort of SOL. Sure, you can remove it, but only after a session of furious scrubbing that leaves your eyes hostile to any eye makeup at all. (Maybe I just need a stronger cleanser...) Blamed Blue is also intensely pigmented, which means that your eyelids will have a bluish cast the next day, and God help you if you manage to get it on your clothes.

This sounds like a negative review, but I quite like Blamed Blue for its sultry iridescence and its humidity-resisting powers. Here I am wearing it today: 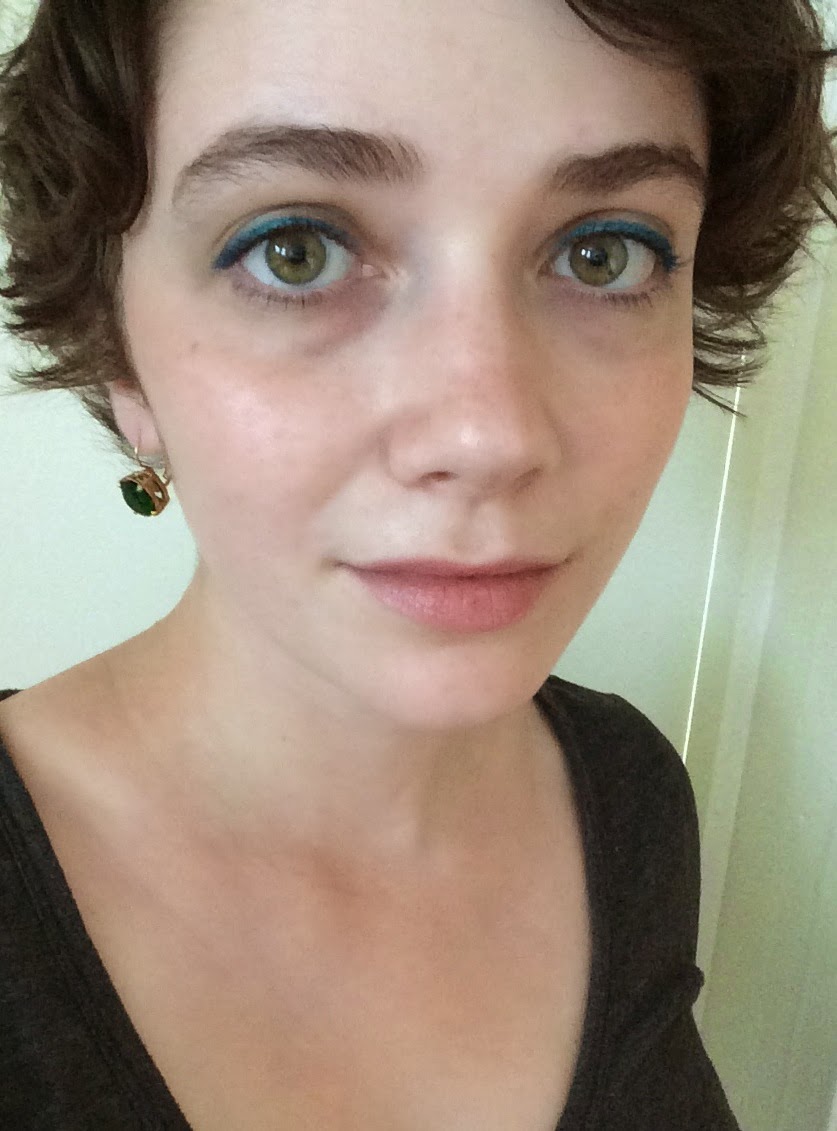 Other makeup: CoverGirl concealer, Maybelline One by One mascara, Illamasqua cream blush in Zygomatic, NARS Cinematic lipstick in Last Tango applied over Palmer's cocoa-butter balm. Why must all opaque NARS lipsticks be so fiendishly drying?

Closeup. My eyebrow maintenance has fallen by the wayside in the last few days, but I promise superior eyebrows in future posts. 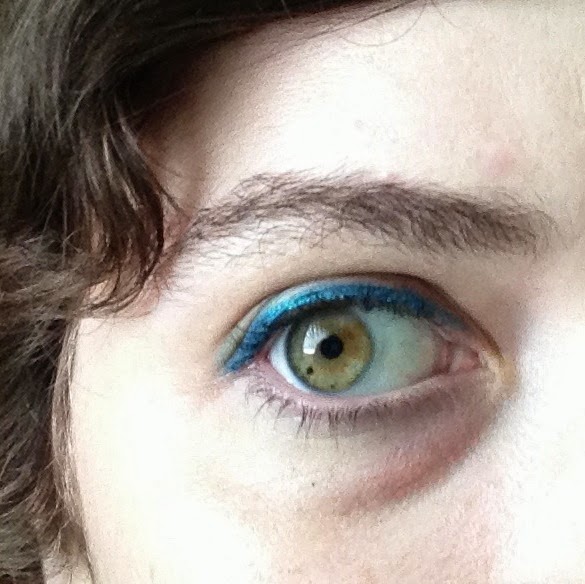 The graphic stripe of blue made me feel like Suzy Bishop from Moonrise Kingdom, though I think she was wearing a powder eyeshadow (source): 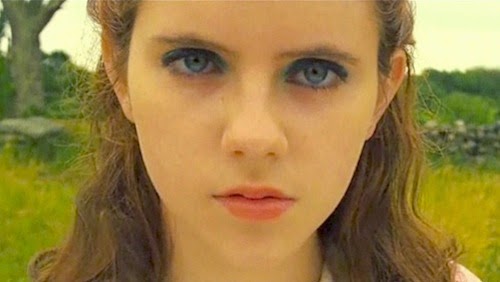 I've mentioned my distaste for Wes Anderson's movies before, but I have to admit that they're full of beauty inspirations. Though if that's the highest praise you can give a director...
Posted by auxiliary beauty at 4:45 PM