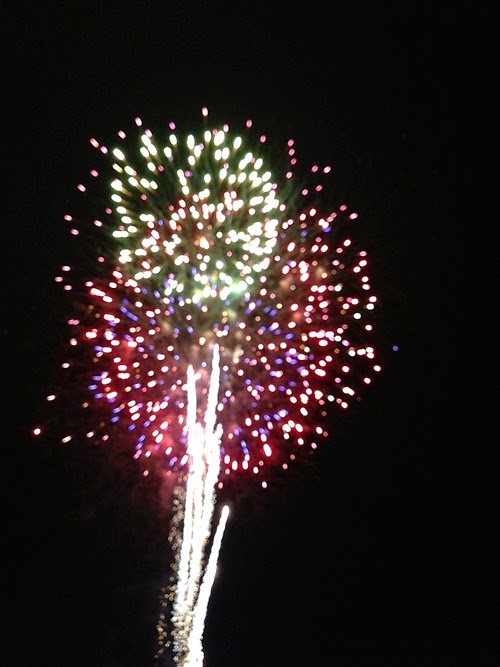 (I took that photo last year in Chapel Hill, NC. The South loves its fireworks.)

Now that I'm writing a dissertation on Renaissance English literature, few people know about my past life as an obsessive American-history nerd. Around the age of sixteen, I decided that I wanted to be a professor of history, specializing in the American Revolution and the early republic (roughly the last third of the eighteenth century). Alexander Hamilton was my particular preoccupation, and on July 11, 2004, the bicentennial of the Hamilton-Burr duel, I performed an elaborate predawn candlelight ritual to commemorate Hamilton's death. No, I didn't have many friends in high school, why do you ask?

(It still blows my mind that Burr committed murder while he was Jefferson's vice president, and escaped murder charges in New York and New Jersey by returning to Washington, D.C. to serve out his term. The next year, he began plotting to establish his own empire in the Southwest. Narrowly acquitted of treason, he fled to Europe, tried unsuccessfully to get hired as a British intelligence agent against the United States, and kept a diary detailing his many encounters with prostitutes. This is as good a time as any to recommend Gore Vidal's brilliant novel Burr.)

The Milton course I took in my first year of college won me over to seventeenth-century England, and I ended up majoring in English. But my fondness for American history and political thought has never entirely vanished, and July 4 always calls forth my 1776-loving teenage self.

So I thought it was only appropriate to put together an Independence Day FOTD (and NOTD, for that matter). Predictably red-lip-focused, but national holidays are about tradition, no? 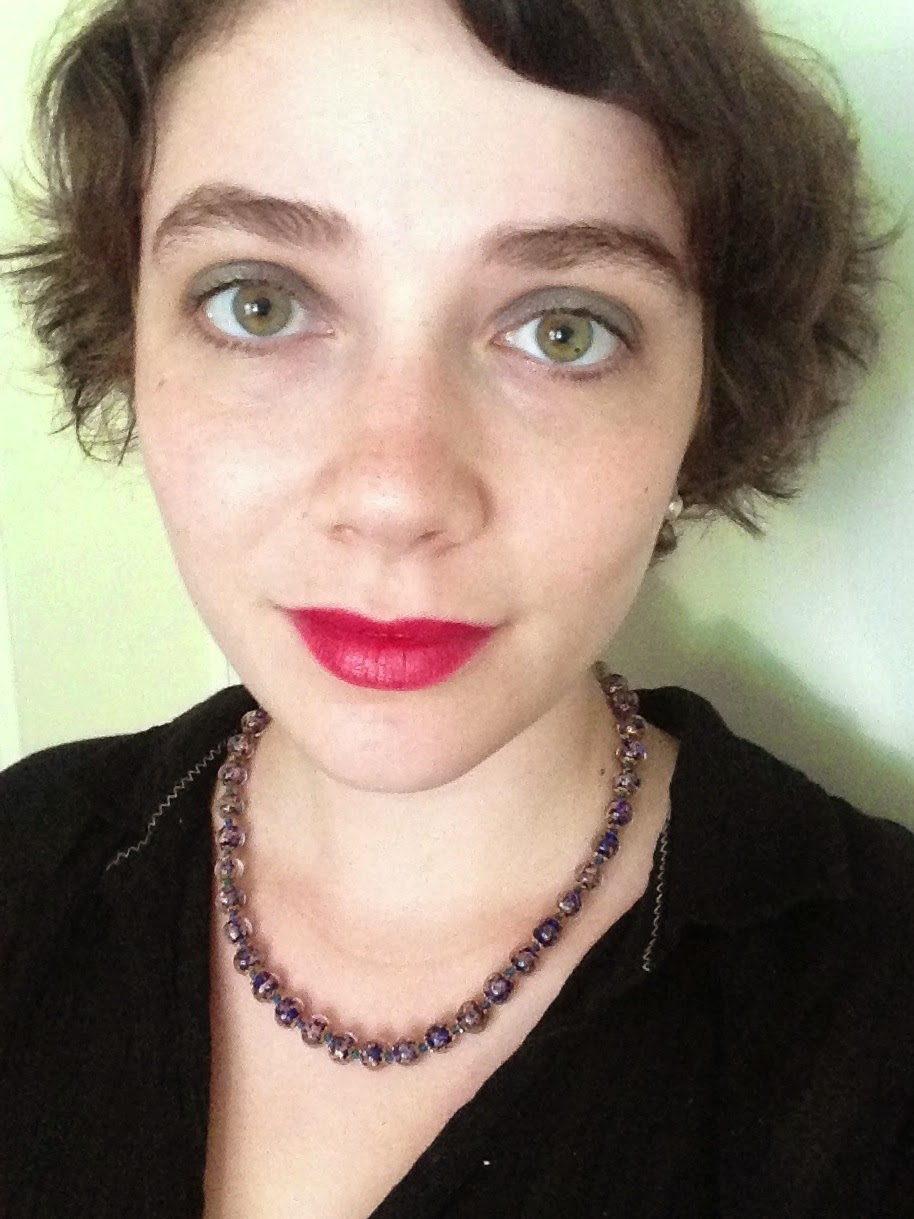 On my eyes, two Maybelline Color Tattoo cream shadows: a base of Tough as Taupe (matte grayish taupe), with an overlayer of Audacious Asphalt (sparkly gray). Audacious Asphalt is very dry and stiff, but workable as an accent applied over a smooth base.

Illamasqua Zygomatic on cheeks; Maybelline On Fire Red on lips. I should wear this lipstick more; it's a perfect shiny cherry red. I think the last time I wore it was last July 4... 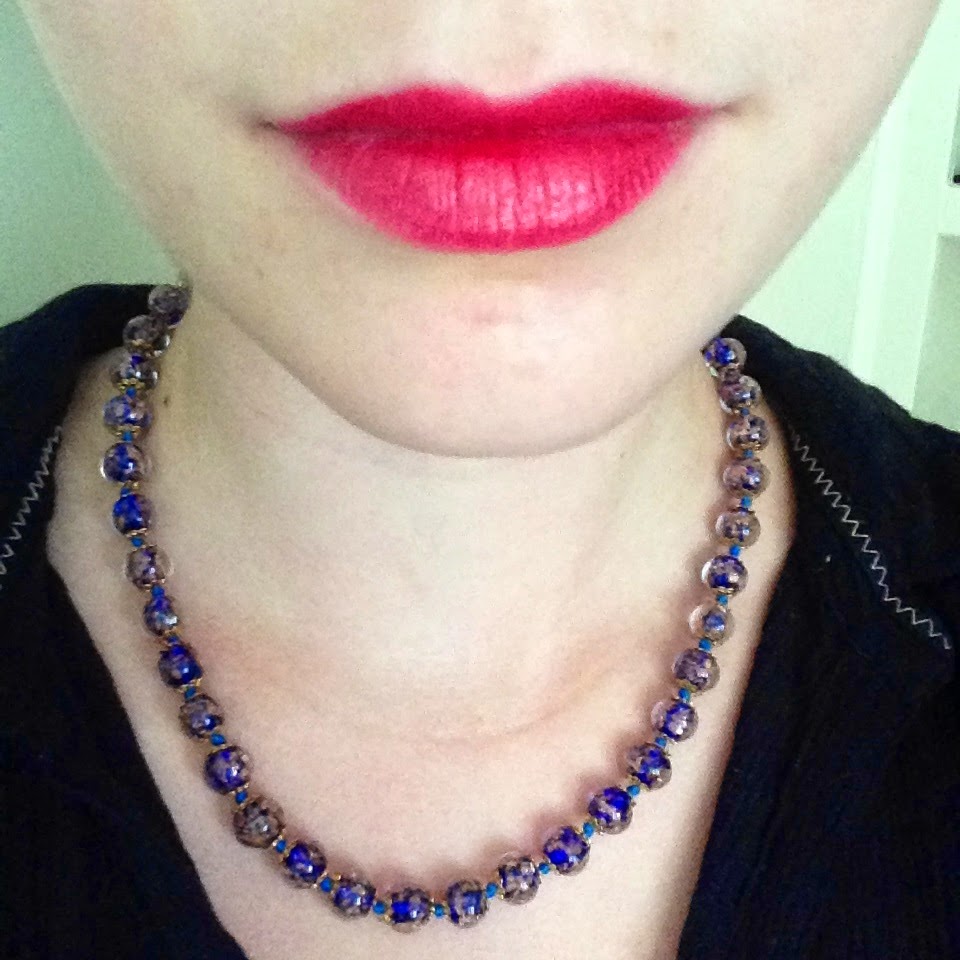 On my nails, one coat of Topshop Brazil over three of Zoya Storm (black with holographic shimmer). 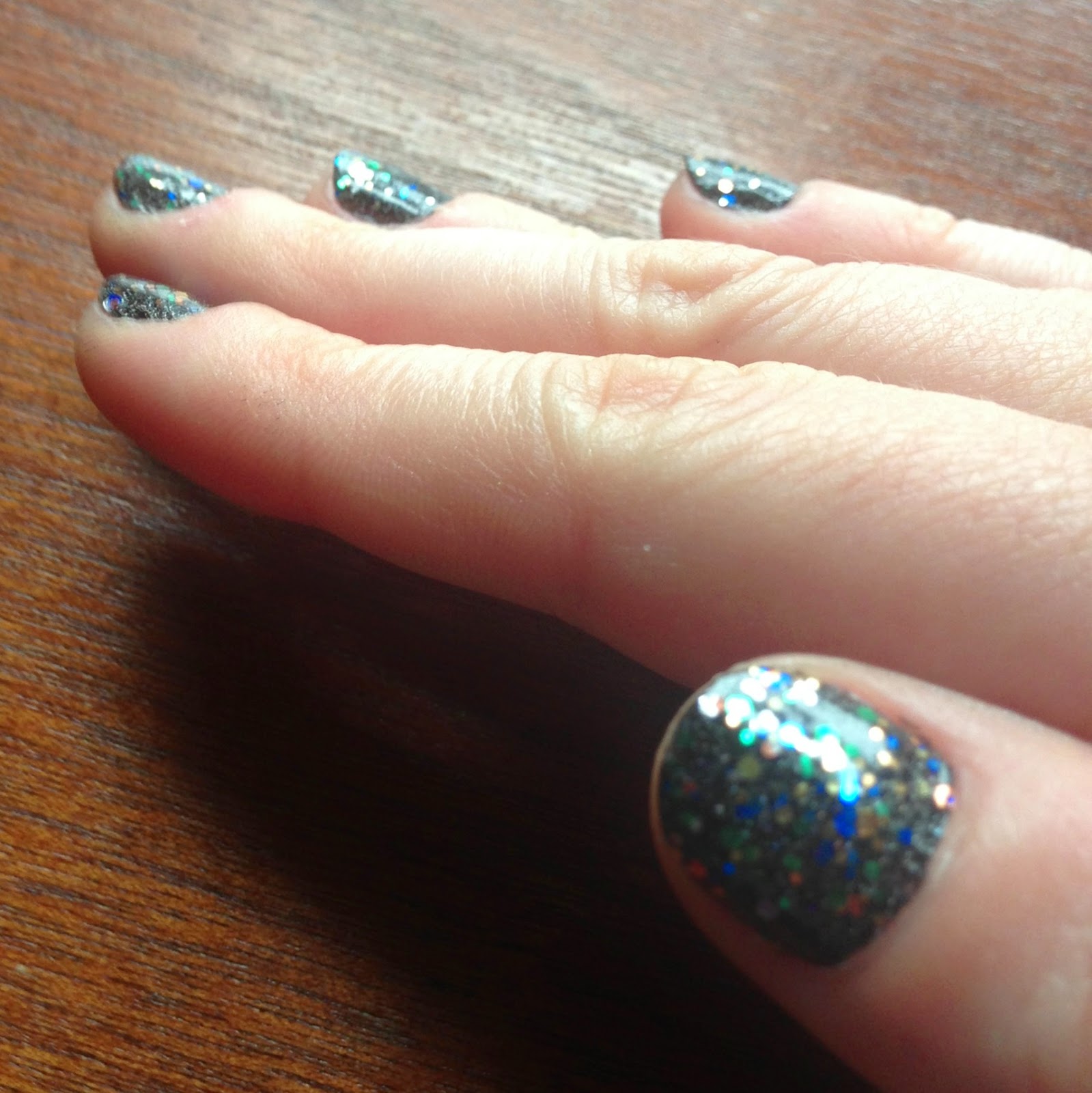 I was going for a fireworks effect, but today is dreary and overcast and the glitter doesn't sparkle as fiercely as I'd hoped, while the holo shimmer is all but invisible. Still pretty, though! 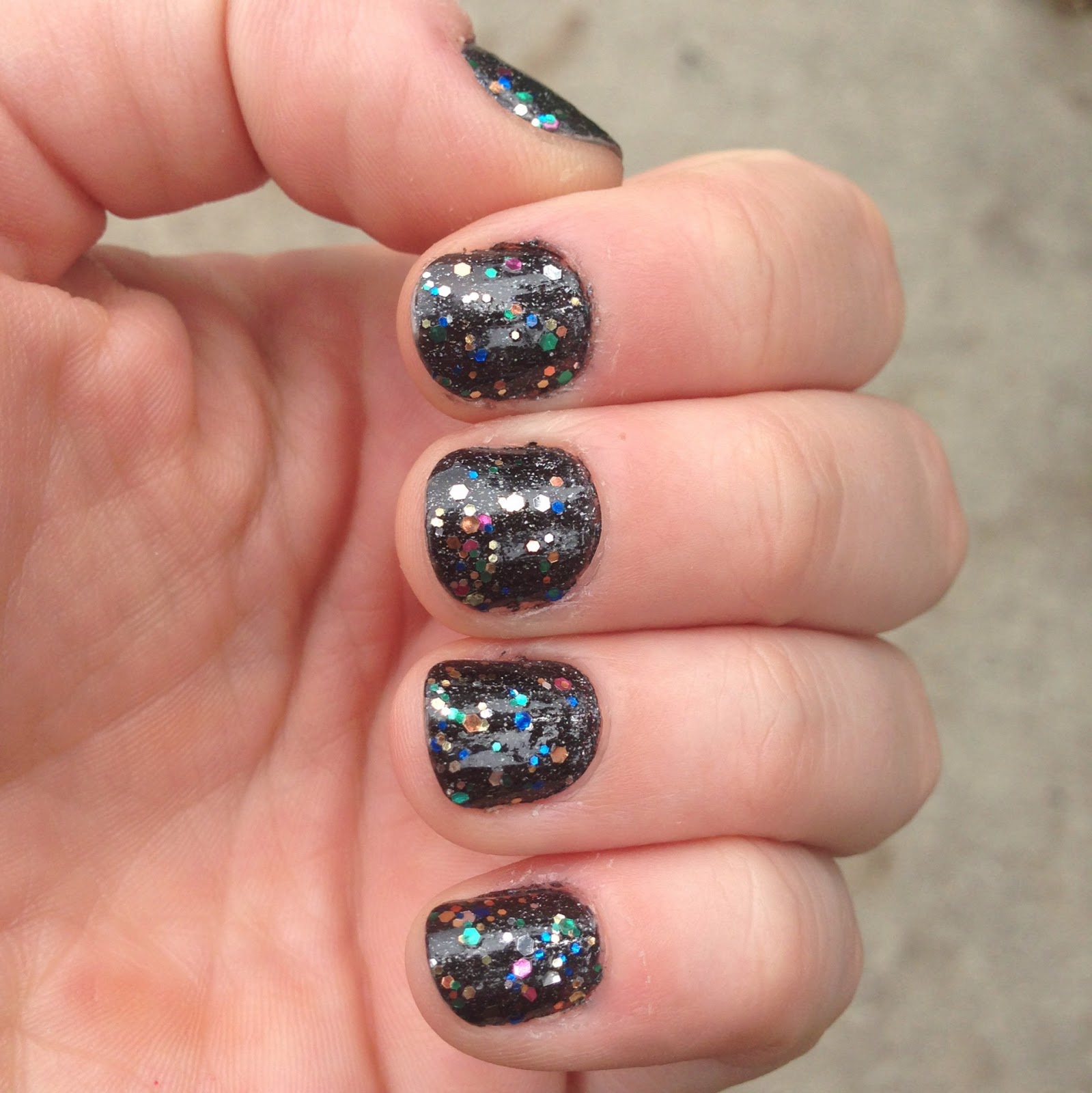 Finally, in case you haven't heard, Zoya is offering three nail polishes for $12 until July 6. The official phrasing is “FREE…plus special shipping and handling,” but come on: it's three for $12. Despite the deceptive phrasing, this is a pretty great deal: Zoya polishes usually retail for $9 each. Plus, Zoya is cruelty-free! I own just three of their polishes (they're hard to come by in stores), but they've all impressed me with their quality. 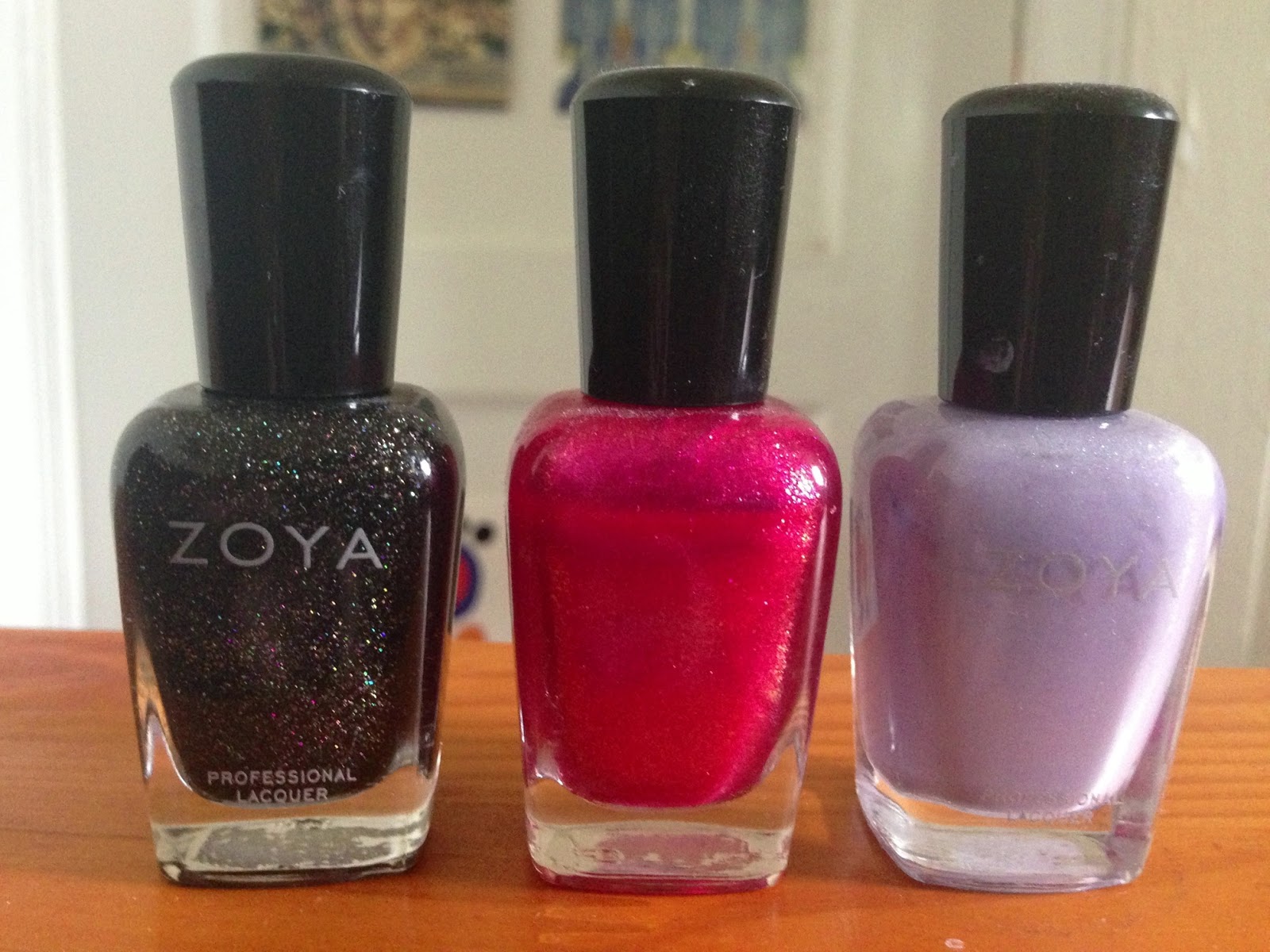 So, uh, there went my no-buy July. (It rhymed so nicely, too...) But I ordered some gorgeous-looking colors yesterday! Despite my usual preference for creme finishes, I always end up buying shimmers from Zoya. No mainstream brand does them quite as creatively, in my opinion. Here are some images of the ones I chose, from the Zoya website: Go forth and sparkle!
Posted by auxiliary beauty at 2:31 PM