Notes: I did it! I repurchased NARS Dolce Vita after a few months spent trying to preserve the tiny nub that remained of my first tube. 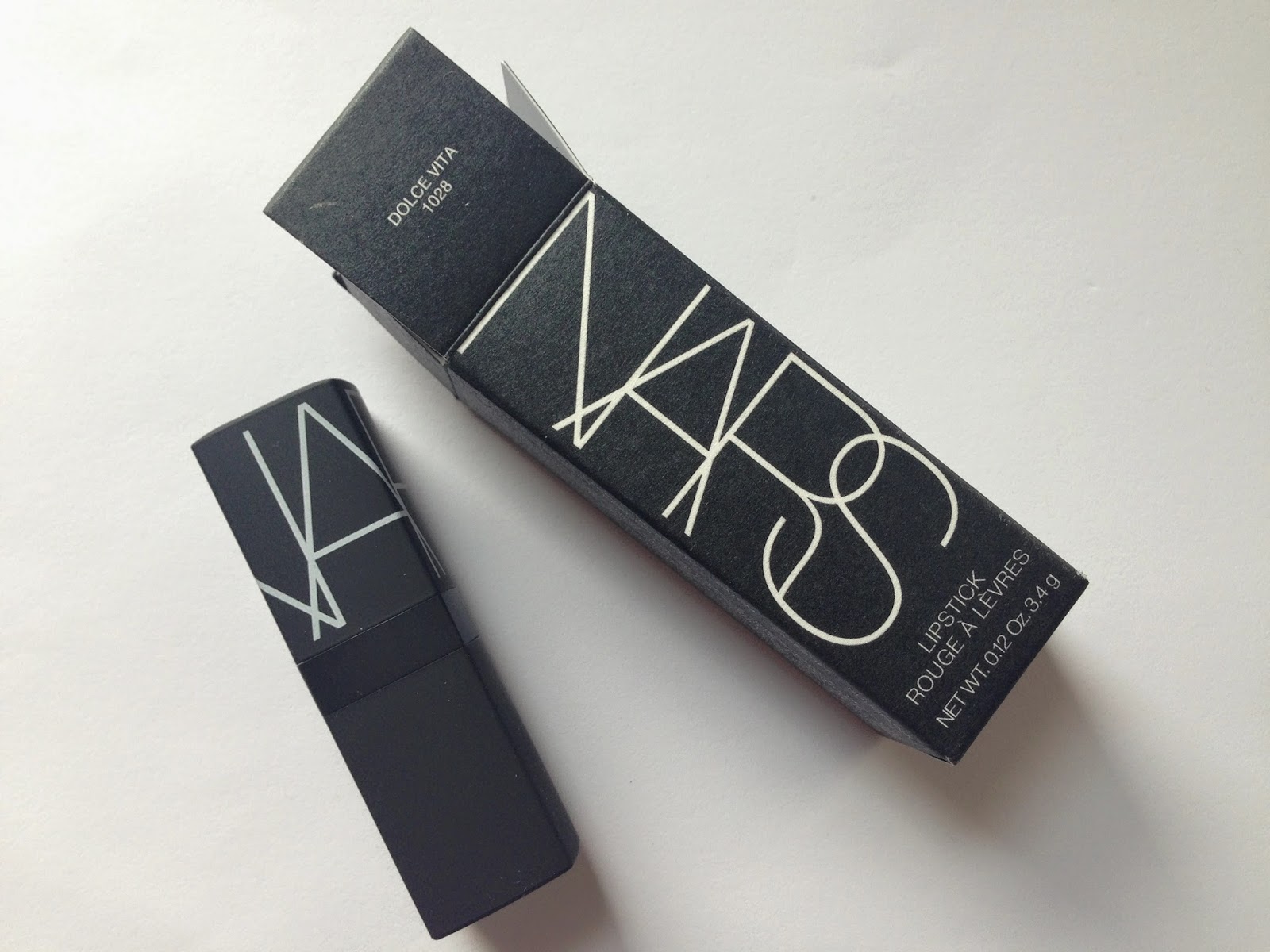 I have a weird psychological hangup about repurchasing makeup. A second tube of a well-loved lipstick just doesn't give me the thrill of the new and unknown. And since no product is perfect, not even Dolce Vita, I can't help thinking that if I keep looking, I'll come upon something even better. But with Dolce Vita, my neurosis went too far. I found myself avoiding my favorite lipstick because I was afraid to use it up. Two days ago I decided that enough was enough, and $26 plus tax later, I have a shiny new tube of my trusty goes-with-everything lipstick. Just in time, too, since I can't in good conscience continue to use my old one. I mean, look at it. 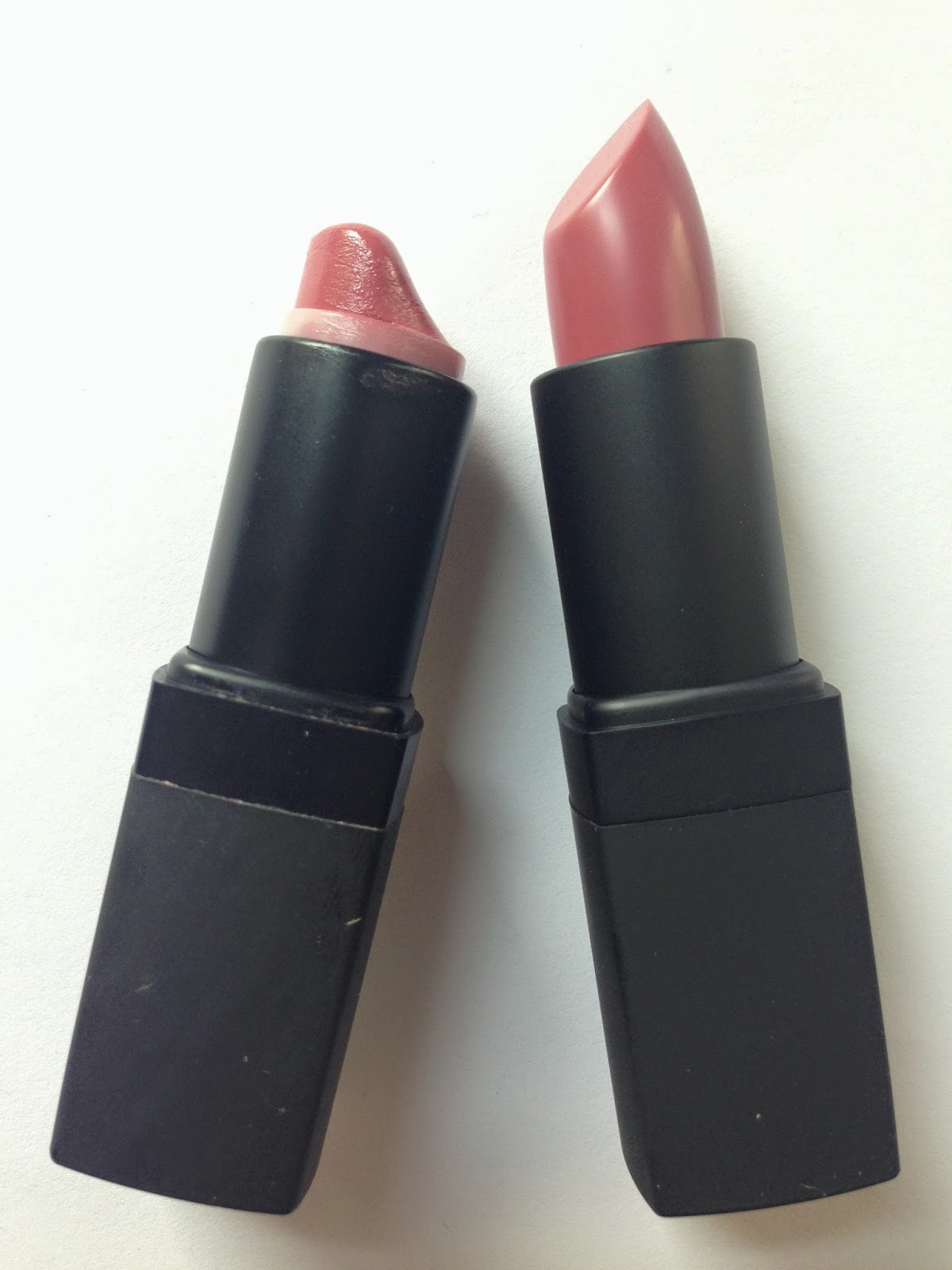 I feel like I'm turning into my mother, who has used up and repurchased the same two L'Oreal berry lipsticks since I can remember. But most people still do that, even with the explosion of new colors and formulas (and blogs to review those colors and formulas). Most people find one or two lip colors that suit them, and return to those products over and over. There's something comforting about reaching into your purse for a lipstick that you know will flatter you and match all your outfits, a color that will never make you feel conspicuous or self-conscious. Sometimes you just want makeup to be easy, you know? Dolce Vita is easy, and there's no shame in that. Its name is appropriate, too: la dolce vita shouldn't involve wondering if your lipstick has faded unevenly or attracted disapproving glances. 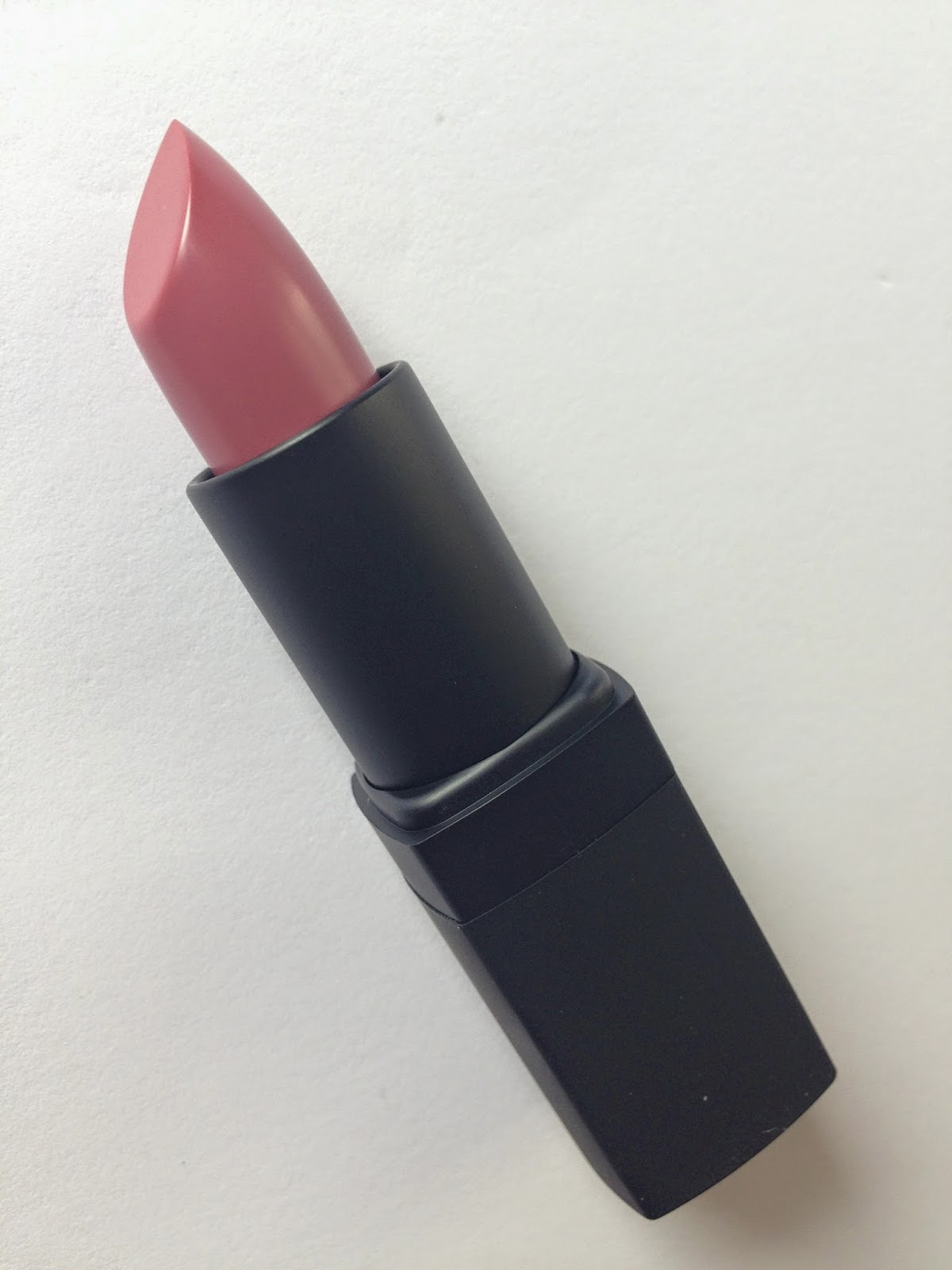 NARS describes Dolce Vita as a "dusty rose," and that's exactly what it is: a neutral brownish pink in a sheer, glossy formula. Left, one swipe; right, two swipes. 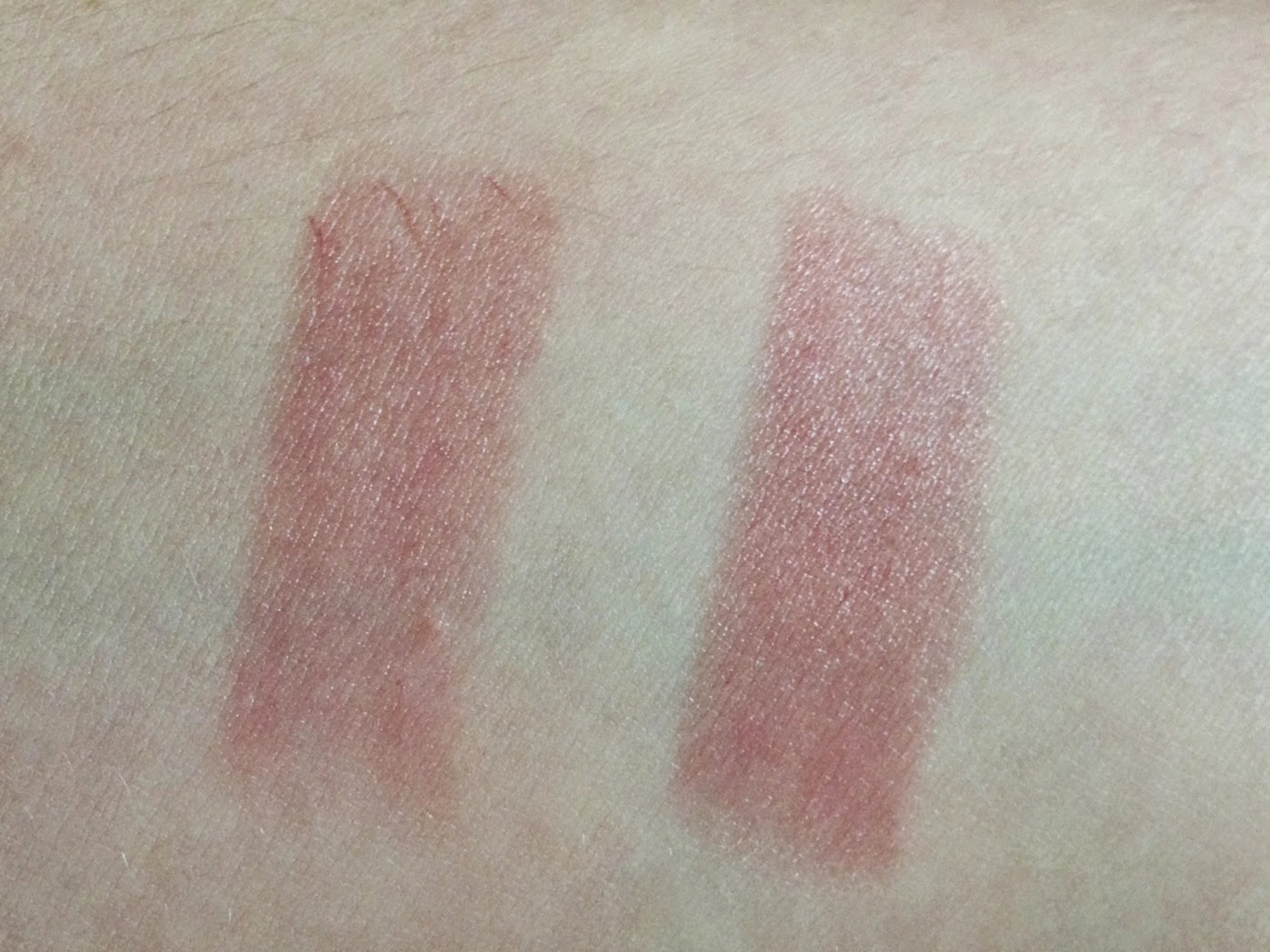 Compared with other NARS sheer lipsticks I've bought or swatched, Dolce Vita has medium pigmentation. It's more opaque than pink-nude Cruising or pink-plum Damage, about the same as coral Manhunt and brown-plum Vendanges, and sheerer than cool red Flamenco. Dolce Vita's biggest flaw for me is its lack of pigmentation and its tendency to wear off after an hour or two. I've swatched Dolce Vita next to Flamenco so you can see the striking difference in opacity between two NARS sheer lipsticks: 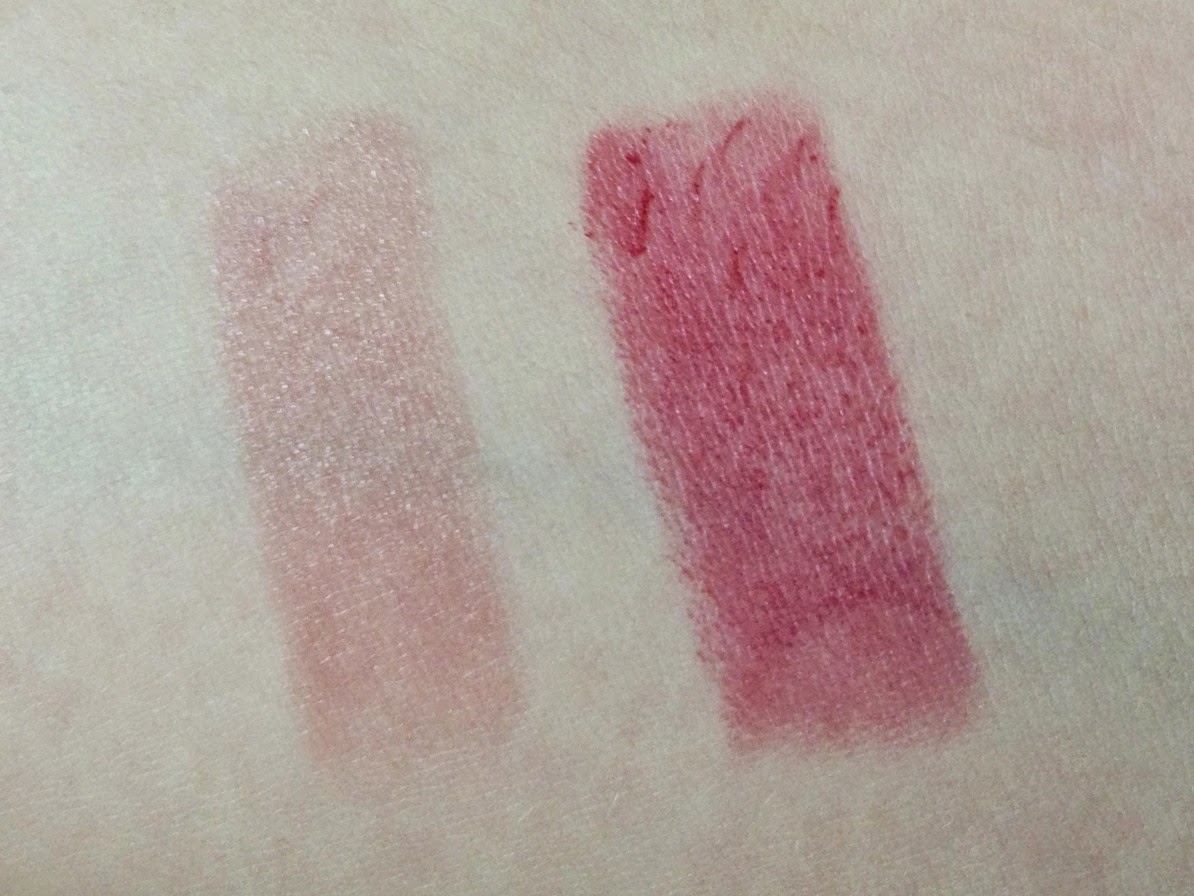 And here's Dolce Vita with a few other MLBBs. Left to right: NYX Round Lipstick in Perfect, Dolce Vita,  Revlon Lip Butter in Pink Truffle, and NARS Cinematic Lipstick in Last Tango (limited edition for Holiday 2013). 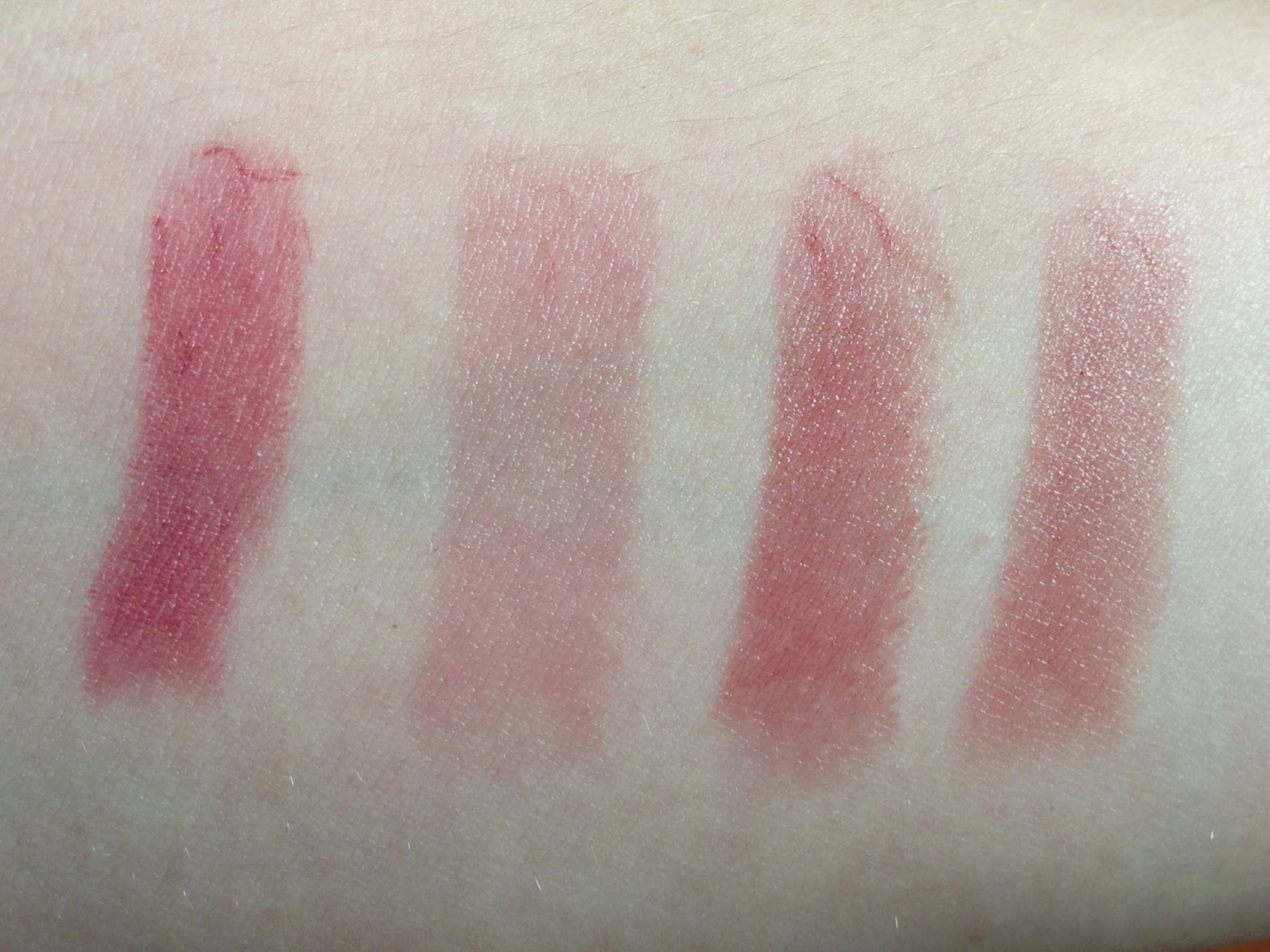 Perfect is cooler and redder, though it looks similar on my lips. Pink Truffle is often mentioned as a dupe for Dolce Vita, but as you can see, it's darker, more pigmented, and warmer and browner. I bought Last Tango hoping it would be Dolce Vita's opaque cousin, but it turned out to be almost identical to Pink Truffle. It's also so drying that I can't wear it except when my lips are absolutely flawless, which is almost never. Isn't it strange how the creamiest lipsticks are often the most drying?

Speaking of which, I've decided not to post close-up lip swatches today. My lips have been nightmarishly dry for the last few days, and I've been putting off this post while waiting for them to heal, but it hasn't happened so far. It's high summer with drenching humidity, yet my lips are as parched and cracked as they were last winter. It's a shame, because arm swatches are an imperfect way to show off a lipstick--and this is doubly true of a sheer neutral lipstick like Dolce Vita. Suffice to say that my lips are quite pigmented, so I end up needing two layers of Dolce Vita. I see it as more of a lip-glow product than a full-on lipstick, but it's so versatile that I can put up with less opacity than I'd prefer. Plus, the formula is so plush and comfortable. The NARS sheer lipsticks aren't exactly hydrating (if they were, my lips would be in better condition right now), but they're not drying, either.

In lieu of lip swatches, have a FOTD featuring Dolce Vita, from two days ago. I think this is the first photo in which I've actually gotten Illamasqua Zygomatic to show up on my cheeks. 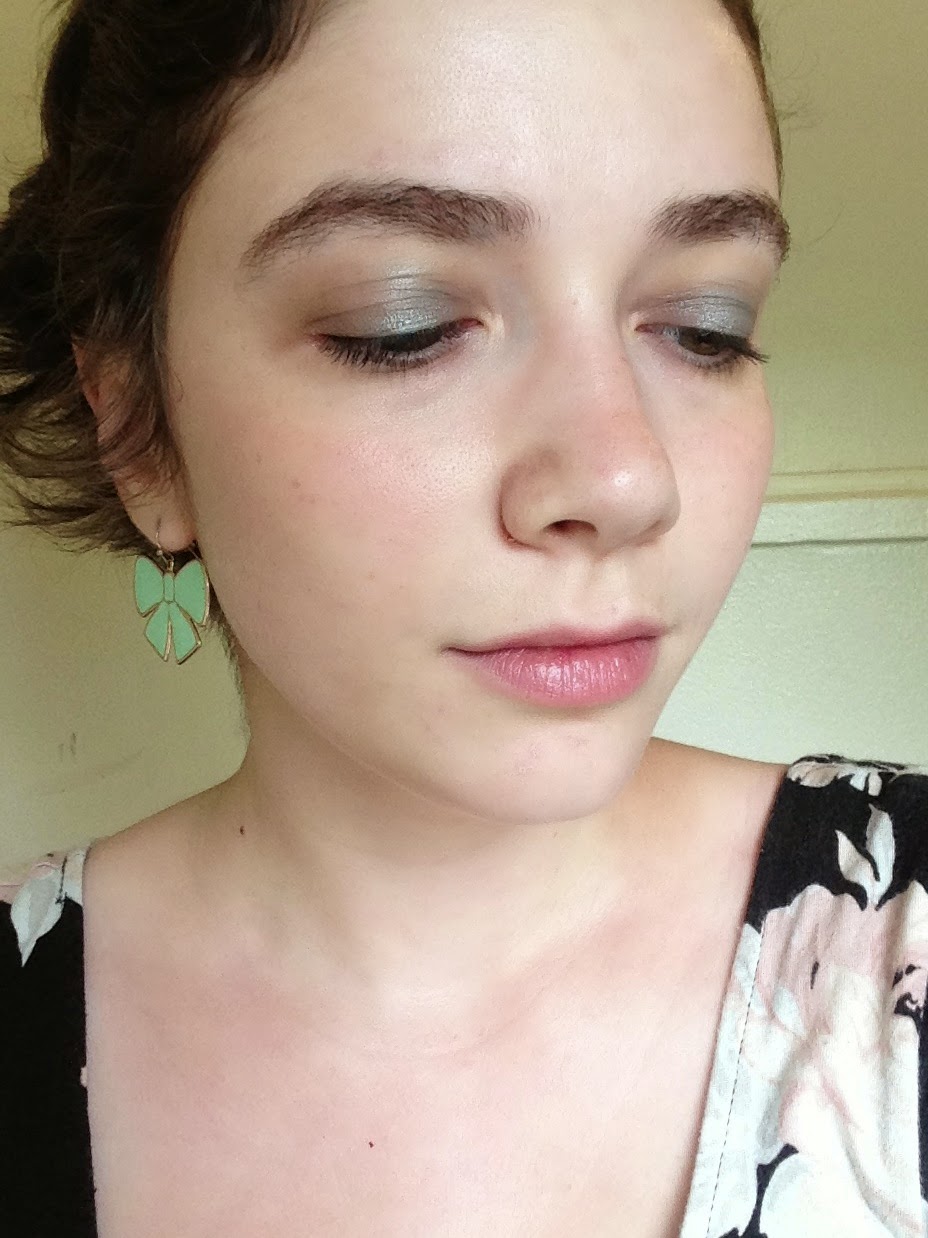 And some July flowers: 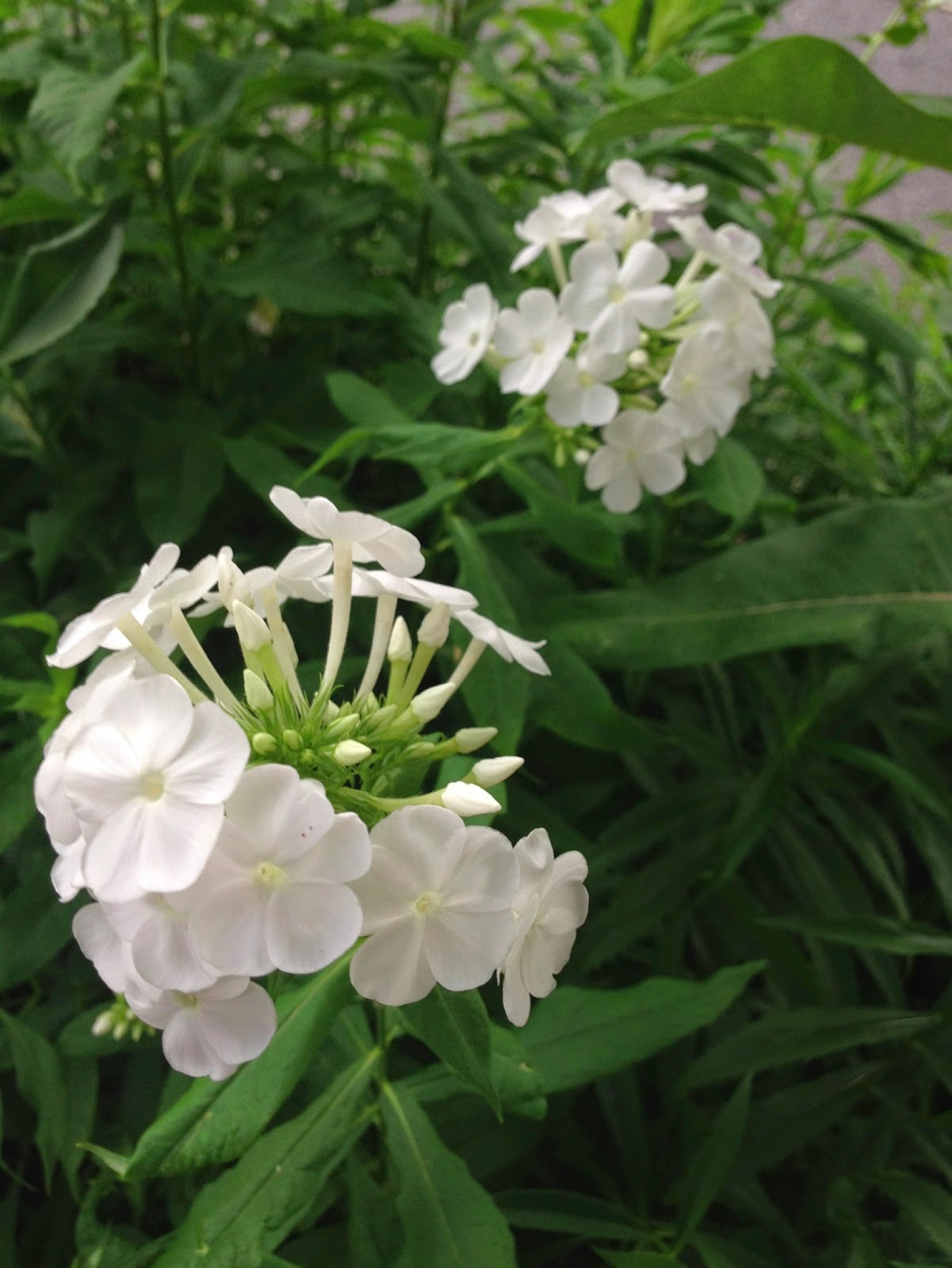 And a bus I saw yesterday morning. Something makes me doubt its university affiliation... 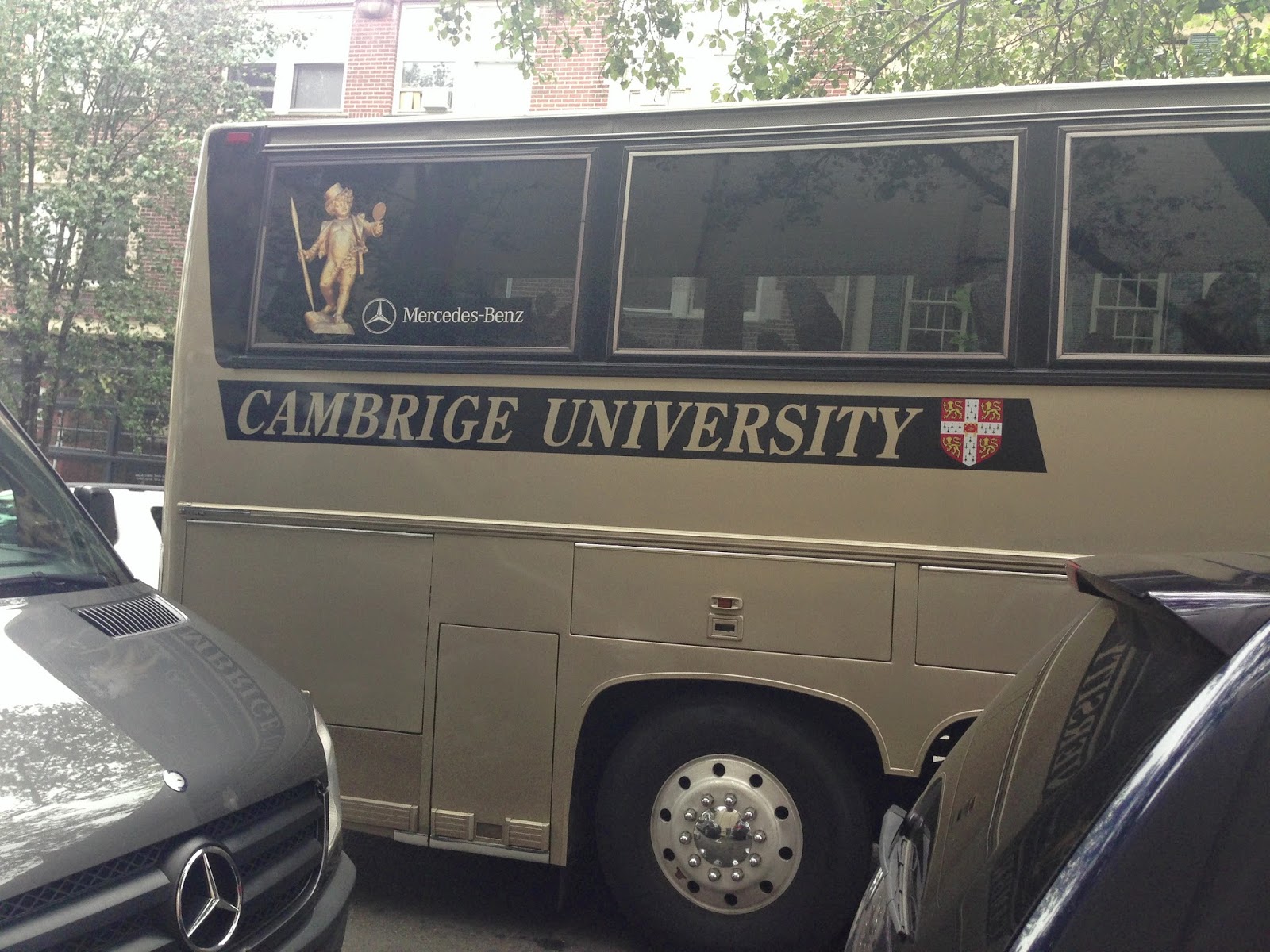 I'm not convinced it's a Mercedes-Benz, either.

Finally, I should mention that I'll be making myself scarce for the next week. I want to finish a draft of an article before I leave town next Wednesday, and that means less internet than I've become accustomed to. Though I am going for a haircut on Monday, so I probably won't be able to resist posting a couple of photos. The bedhead situation has been fun, but it really needs to end.
Posted by auxiliary beauty at 2:11 PM