I've always heard great things about the makeup line from & Other Stories, an upscale offshoot of H&M that has somehow managed to acquire the URL stories.com. & Other Stories hasn't made it to the US yet, so I was excited to visit the store on Regent Street Wednesday evening. &OS skews toward an older audience than its parent does, which means that its stores and products have a cleaner, more understated look than you'd expect from H&M. The relationship of the two stores is similar to that of Urban Outfitters and Anthropologie--which reminds me, I walked past the Anthropologie on Regent Street and can attest that British Anthros smell exactly like American ones. I don't know why I was surprised.

& Other Stories' extensive (and cruelty-free) makeup line contains lip, eye, and cheek products. Unfortunately, I had very little time to browse before we headed to dinner, so I narrowed my focus to the lipsticks, which were £12 each. Glancing over the ranks of tester bullets, I saw a color that I'd been pursuing since I compiled my fall wishlist: a dark purple with a satin finish. With (if I do say so myself) admirable focus, I swatched, sterilized, tried on, mulled over, and purchased Droguet Purple in the space of five minutes. 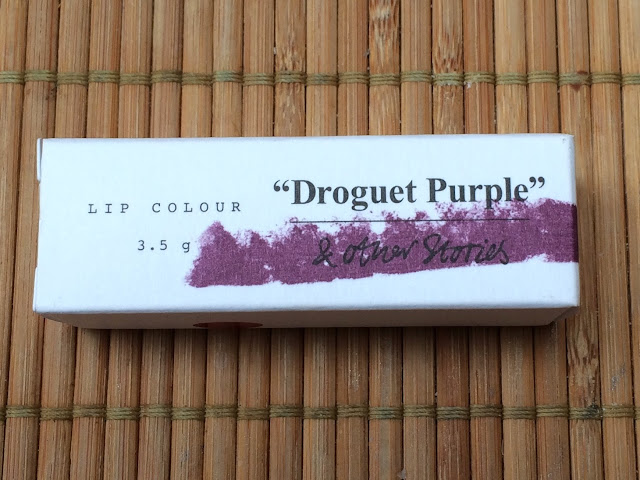 & Other Stories has named all its makeup products after textiles, a very cute touch. Droguet is a coarse woven fabric known in English as "drugget"--I can see why & Other Stories used the more alluring French moniker. I was familiar with drugget from eighteenth-century literature, where it often appears in discussions of poor people's clothes, though nowadays it seems more popular for carpets. I'm not sure what the cloth has to do with dark purple specifically, but I don't mind at all that my new lipstick has an etymological link to a Swift poem.

The lipstick comes in a gratifyingly hefty silver tube with "& other stories" written on the base. The smooth silver surface does collect fingerprints, but that's hardly a dealbreaker for me. 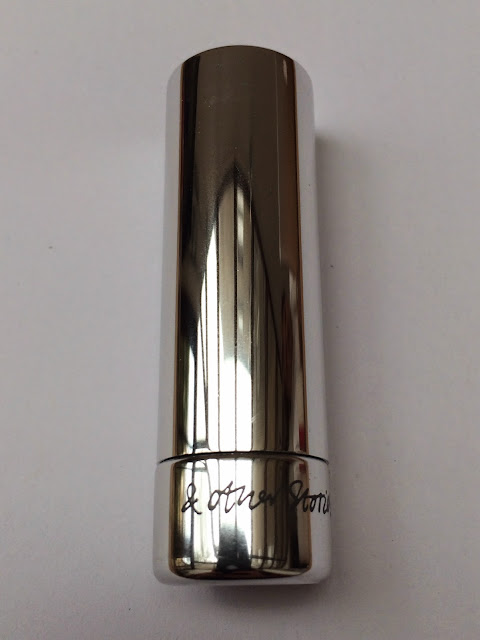 The lipstick itself is a dark eggplant--or should I say aubergine?--purple. It's similar to NARS Audacious Lipstick in Liv, which I've guerrilla-swatched here, though it's a bit more blue-based. (By the way, my Audacious swatches have attracted almost twice as many pageviews as my second most popular post. Now I know how bloggers who can afford all the new releases must feel! It's a sadly addictive feeling, and one I must resist.) I'd say that NARS Velvet Matte Lip Pencil in Train Bleu, Revlon Matte Balm in Shameless, and MUFE Rouge Artist Intense #49 are closer color matches. 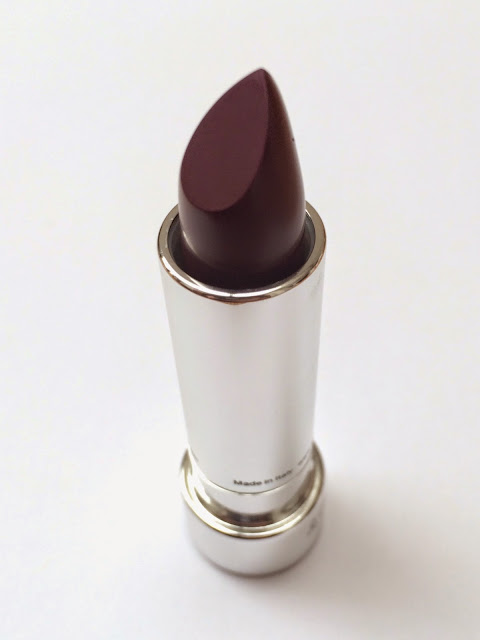 The bullet has a pointy tip that's perfect for outlining lips. 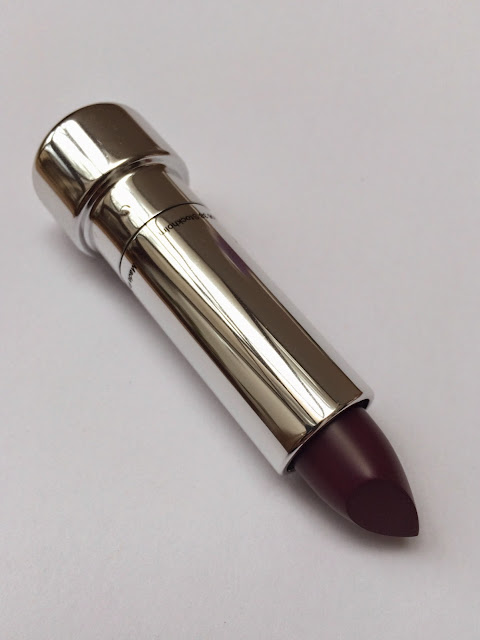 Like most dark purple lipsticks, especially non-matte dark purples, Droguet Purple is a bit tricky to work with. It's not entirely opaque on first or even second swipe, and the formula has a lot of slip, which can make the pigment look uneven on my lips if I'm not careful. Here's a one-swipe arm swatch: 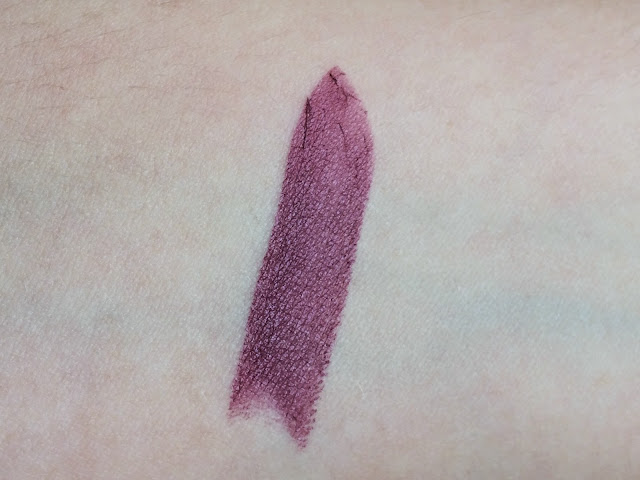 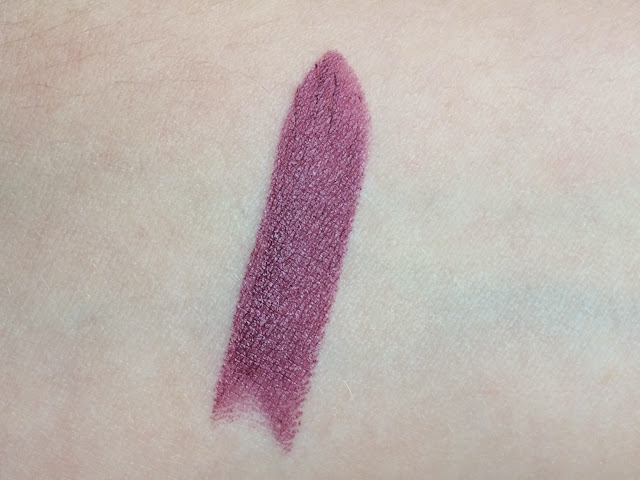 Isn't the color unusual? It's rare to find a dark blue-based purple that doesn't betray you and turn plummy red when swatched. I don't own another dark purple lip color, but for curiosity's sake I swatched Droguet Purple next to MAC Up the Amp, the only comparable lipstick I brought with me to England. Up the Amp is lighter, brighter, and pinker; I think of it as a true purple, so I was surprised at just how pink it looked next to Droguet Purple. 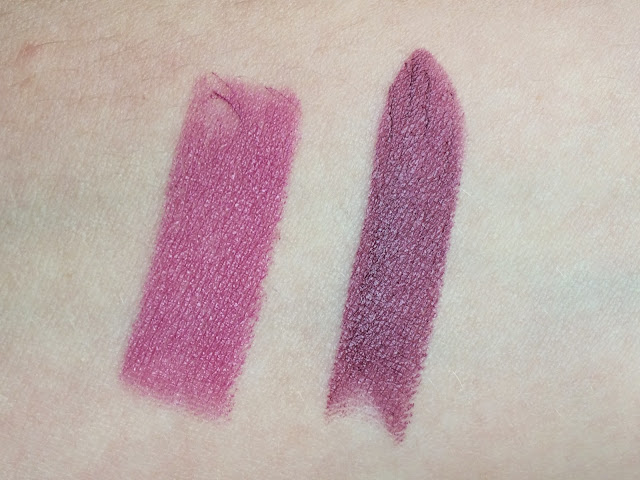 For my first lip swatch, I swiped on two coats straight from the tube. As you can see, the color isn't completely even, but it's less noticeable in person than it is when you're scrutinizing a photo of my disembodied mouth. 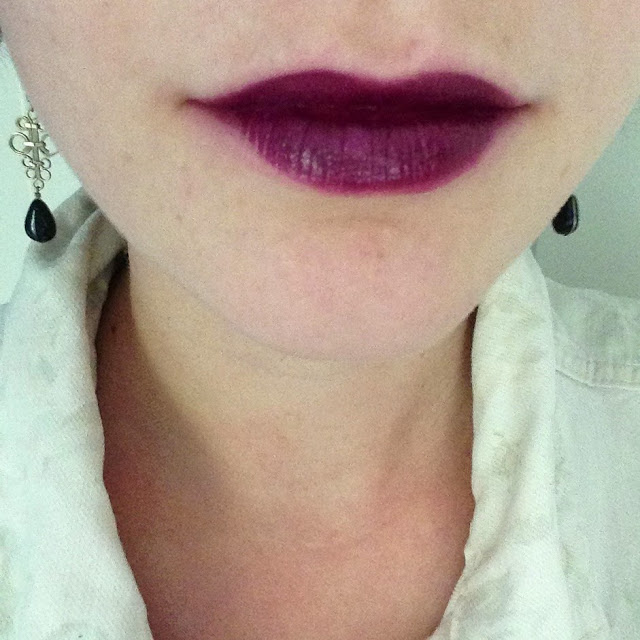 Next I tried using my lip brush, but that didn't work very well: the formula was so thin and slippery that when I applied a second layer with the brush, the first layer started rubbing off. It seems to me that the best application method for Droguet Purple is the old apply-blot-reapply strategy; a lipliner might also help, though I don't own one. I don't have a sense of Droguet Purple's wear time, since I haven't yet worked up the courage to wear it in public, which brings me to the central question of this post:

How the hell does one wear dark purple lipstick?

I know, I know: one puts it on one's face. But that's where the difficulty begins, especially for someone as pale as I am. (I'm also sick for the third time in four months, which doesn't help.) In my brief period of trial and error, I've found that I have to be exceedingly careful what I wear with Droguet Purple, both clothing- and makeup-wise. My favorite shirt color, gray, makes me look dead when I pair it with dark purple lips. Navy, my second-favorite shirt color, isn't much better. I've reached the conclusion that Droguet Purple demands a jewel-toned, white, or warm-neutral (e.g. camel) top.

As for ancillary makeup, I'm as infatuated as any other denizen of Pinterest with the clean-face-vampy-lips look, but I'm not sure I can pull it off. For my first attempt at a look featuring Droguet Purple, I used more blush than usual, to nudge my complexion out of Marceline the Vampire Queen territory. Here we have NARS Radiant Creamy Concealer in Vanilla to erase undereye circles; NARS Lhasa eyeshadow layered over Maybelline Tough as Taupe; Maybelline One by One mascara; Illamasqua cream blusher in Zygomatic. 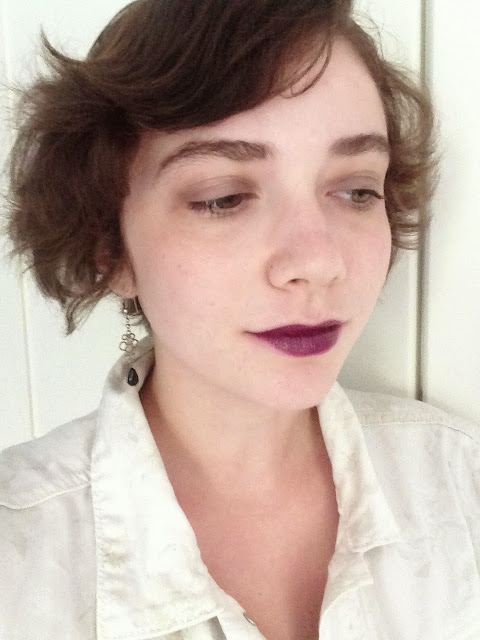 My hair has grown out to resemble Wendy's from A Fish Called Wanda. Send help. 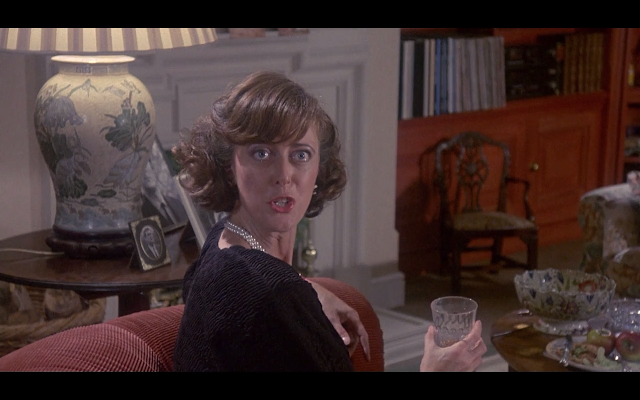 Today I used most of the same products, but eliminated Tough as Taupe, applied Lhasa as a sheer wash, and cut back on the Zygomatic. I also defined my brows with theBalm eyeshadow in Sleek. I think I like this version better; sorry about the odd greenish cast in the photo. 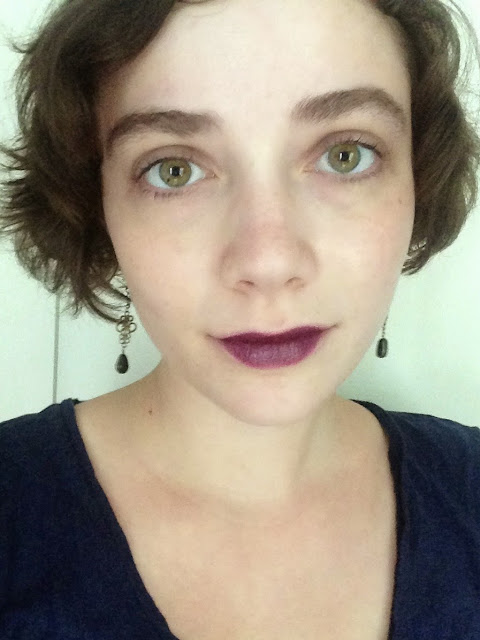 I suspect that the lipstick would look better with a warmer or bolder color on the eyes--I'm thinking bronze, gold, pink, or mint. But I'm also not convinced that Droguet Purple suits me. Maybe it's just that I've never worn a lip color this dark before, and my brain has yet to recognize me-with-dark-purple-lips as me. I'll keep experimenting, and report back with further conclusions.

I haven't been able to find many reviews of & Other Stories' lipstick online, so I hope this one has been informative! I'm tempted to go back and replace every "and" in this post with an ampersand, but I'll restrain myself.
SaveSave
Posted by auxiliary beauty at 10:57 AM