Or so I call it in my head, because I've been unable to find a clinical name for an extra fold in each eyelid. I'm talking about this: 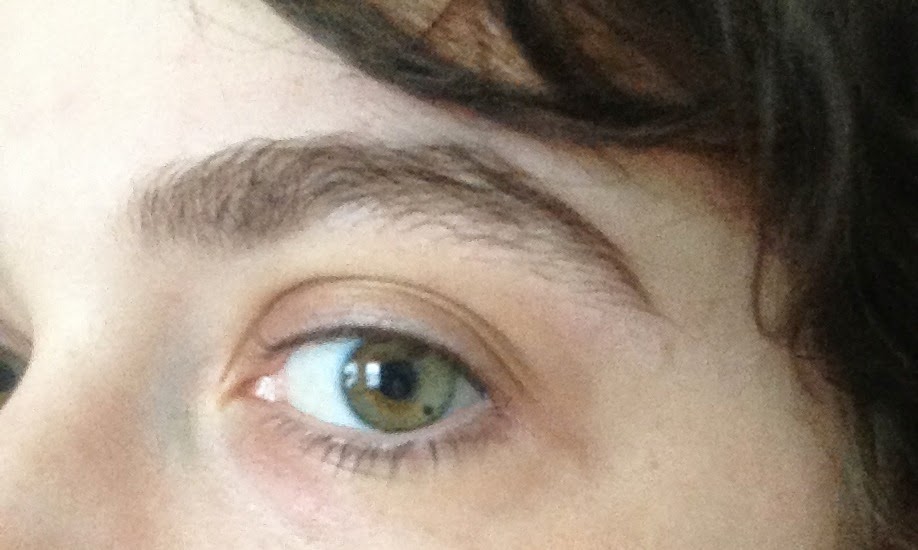 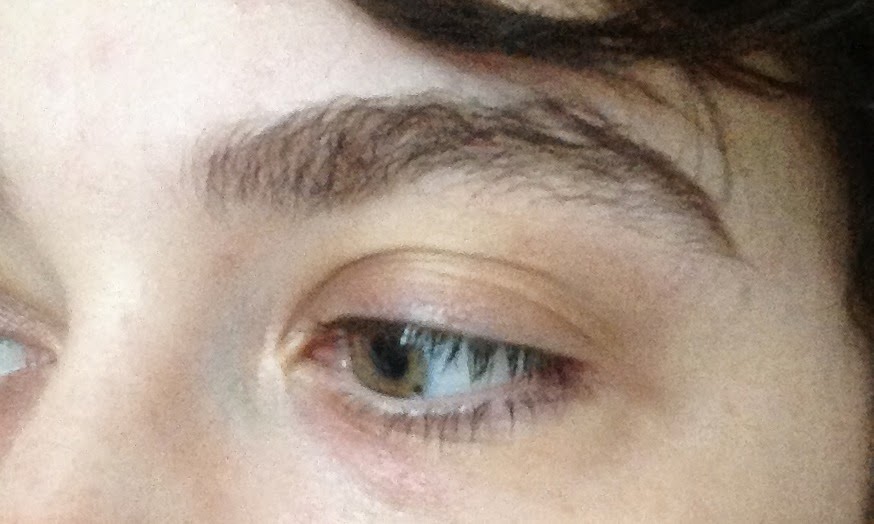 Internet research has yielded almost no information. The closest I've come is a forum devoted to botched eyelid surgery: apparently, people who get plastic surgery to turn their monolids into creased eyelids can end up with multiple folds. But I have yet to find a discussion of the extra fold as a congenital issue. Essentially, I have too much lid per eye, so the skin folds over on itself when my eyes are open. This creates deep creases that are especially visible when I'm wearing powder eyeshadow: 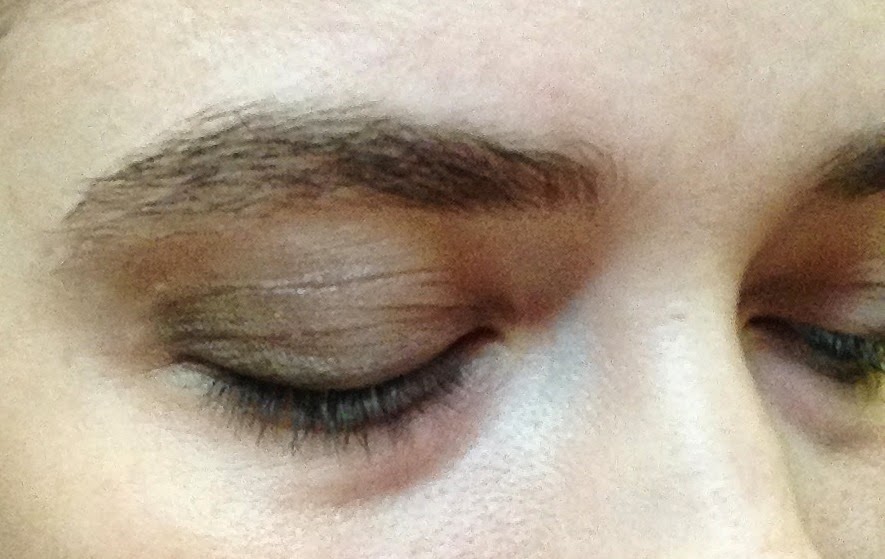 Doing my eye makeup always means taking my extra lid folds into account. I have to wiggle my eyeshadow brush just so, or the powder won't make it into the creases. Any look involving a sharp, graphic shape is off the table. It's hard for me to experiment with new shapes and placements of shadow and liner, and I'm rarely satisfied with the looks I do manage to put together. There is no universe in which this is a real problem, but it's still annoying.

Until a few years ago, I'd never even noticed my extra eyelid folds. This changed when, in pursuit of the "retro" look beloved of Tumblr hipsters (black cat eye, matte red lipstick), I bought a liquid eyeliner and began experimenting. Tracing my upper lashline was relatively easy, but I ran into difficulty when I tried to flick the liner outward to make a wing. Because my extra folds extended below the outer corner of each eye, they halted the progress of the liner pen, creating a sad, smeary mess. Most people get their shitty-eyeliner phase over with in high school; for me, that phase belonged to early grad school. Initially I assumed that the problem was my own ineptitude, but reading cat-eye tutorial after cat-eye tutorial made me realize that most beauty bloggers didn't have the Eyelid Thing. For a couple of years I gave up on winged eyeliner entirely, feeling like Buster Bluth whenever I came across yet another perky "how to get the perfect wing" article.

Today, though, I picked up my liquid liner for the first time in at least six months. I'm determined to master the flick, damn it, no matter what hilariously awkward work-arounds I have to use. Please excuse my appalling technique; I'm out of practice, to say the least. My eyeliner is Maybelline Line Stiletto in Blackest Black, which glides on smoothly but tends to flake off after a few hours. It's good for experimenting, though, since it washes off easily.

The first look is the closest I can get to a conventional cat (kitten?) shape, but the flick is more horizontal than I'd like, and even at that angle I couldn't stop the folds from playing havoc with the line. 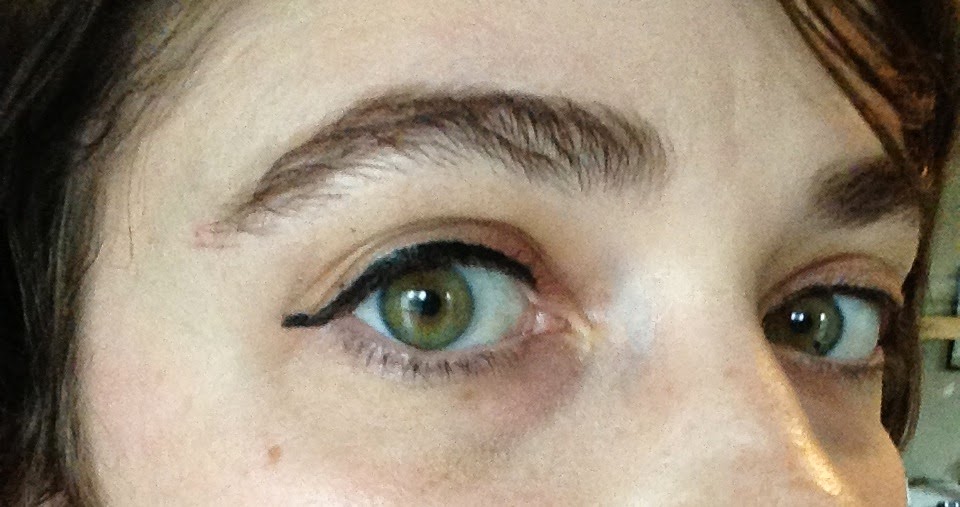 The second is the so-called "puppy eye," in which the flick extends downward instead of upward. This shape originated in East Asia and, according to the article in the link, is meant to make the eyes look "sweeter, rounder and bigger." But on my eyes, which are already big and round, the puppy eye has the unfortunate effect of making my eyelids look heavy and droopy. 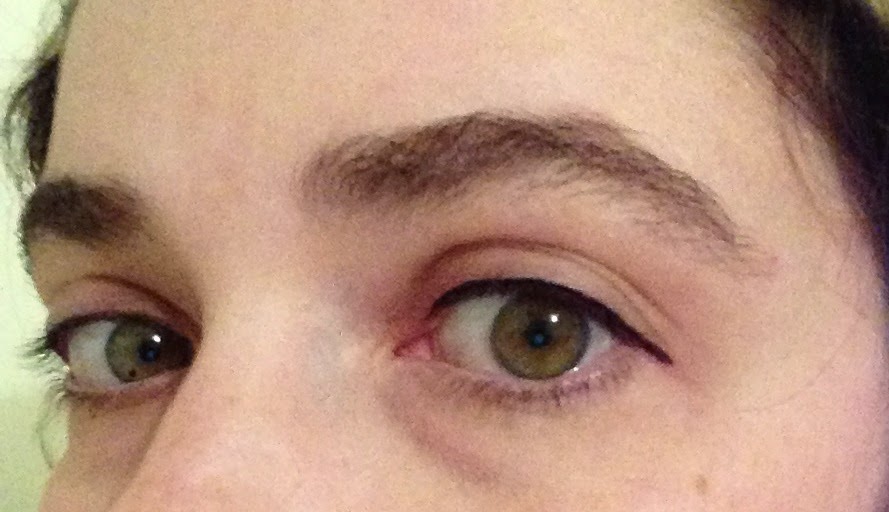 For my third attempt I extended the puppy eye farther downward, then flicked it up, circumventing the extra fold. It looks awkward here, like a worm sprawling across the length of my lashline, but I think it has the most promise of the three. With practice, I could probably find a way to thicken the flick into a triangle with a cleaner point. 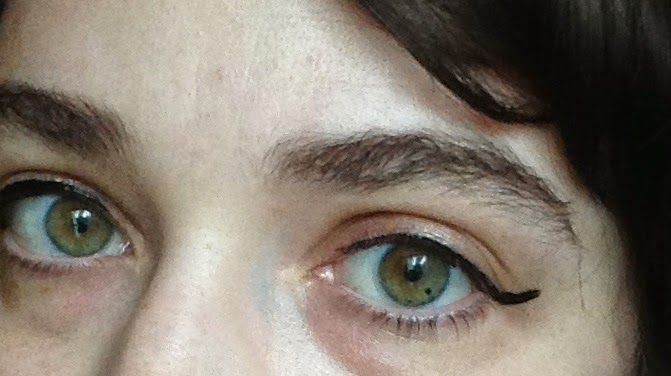 And here's the third look in context with the rest of my face. My other makeup is theBalm eyeshadow in Stubborn, a shimmery pink that matches my skintone almost exactly; CoverGirl LashBlast Length mascara; NARS Radiant Creamy Concealer in Vanilla; NARS Coeur Battant blush; and Revlon Lip Butter in Red Velvet. 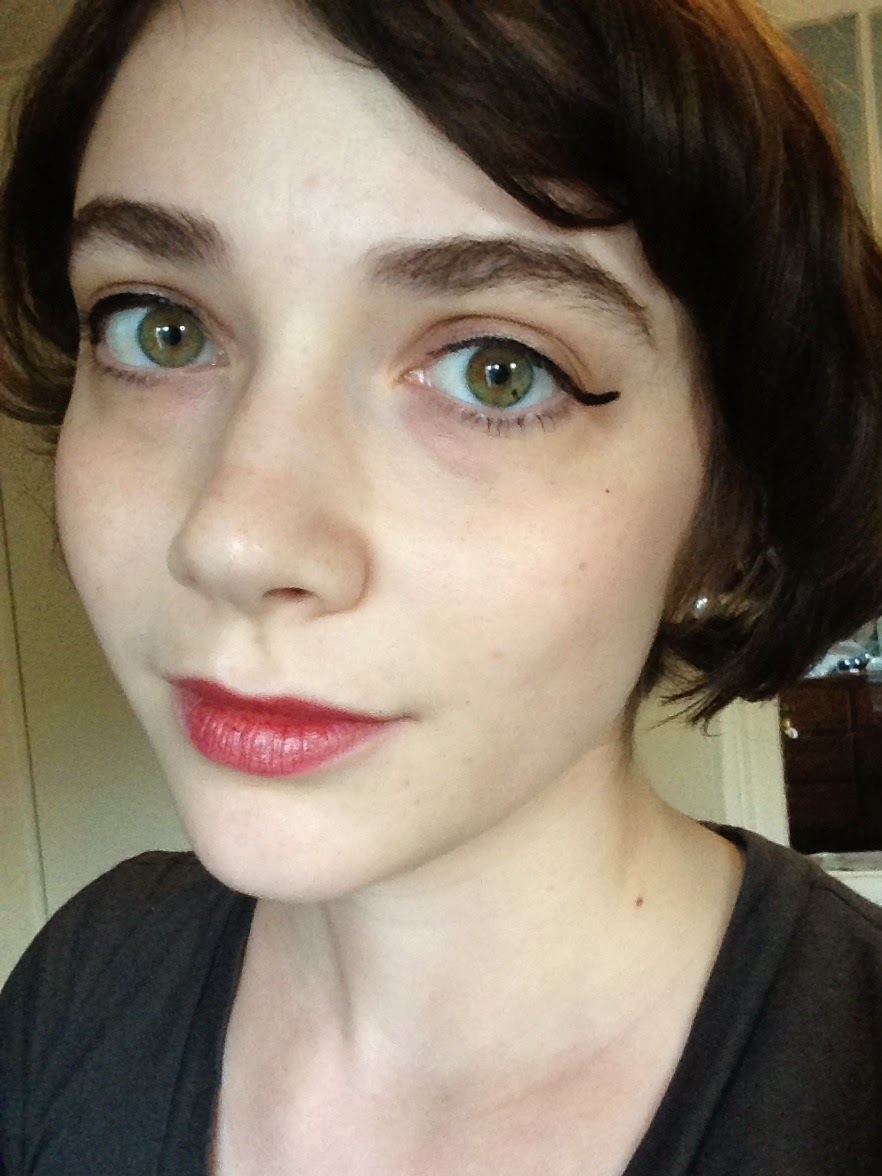 Am I the only one in the world with this problem? Please tell me I'm not.

And now, as an apology for so many closeups of my wonky eyelids, here's a shot of some glorious fall foliage. 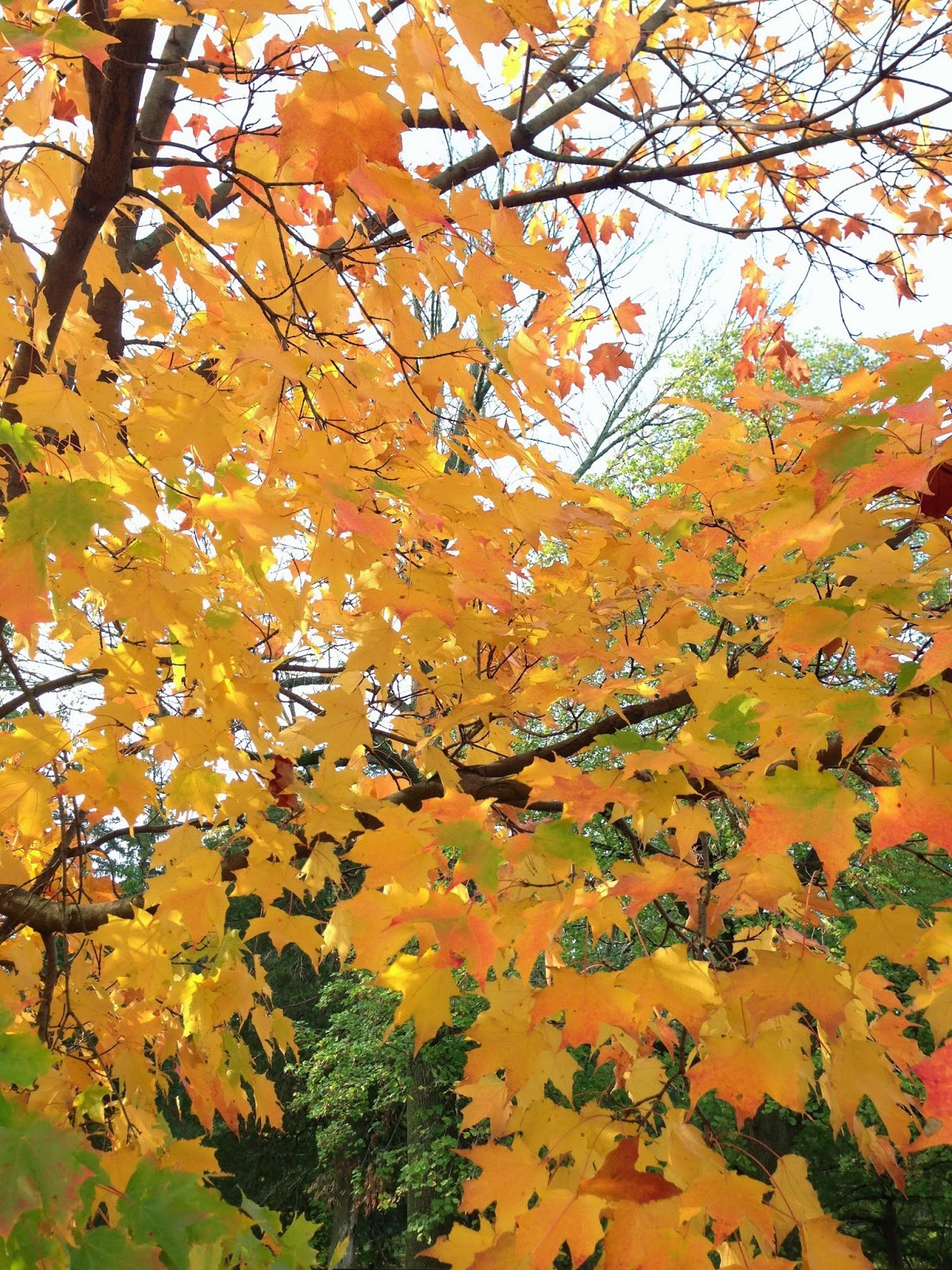 Posted by auxiliary beauty at 10:16 PM