Yes, I know it's Tuesday (Wednesday, in some time zones), but I wore this makeup yesterday. Deal with it.

Last week, Pantone revealed its color of the year for 2015: Marsala, a soft plummy brown. Pantone's color of the year is supposed to predict trends in fashion, makeup, and interior design, though these days it seems more cause than prediction, given how quickly beauty brands jump on the Pantone bandwagon every year. I'm anticipating a host of "how to wear Marsala for spring" articles come February: let's be honest, it's a decidedly A/W color. But the weather is A/W as we speak (more W than A this wet, gusty evening), so I'm all for it. Marsala already has its detractors. Tanya Basu of the Atlantic argues that the color evokes "rust, the grimy, gag-inducing type that lines corners or frat boy dormitory-style bathrooms," or "the '70s-era carpets that lined offices and industrial spaces, created to disguise wear-and-tear from foot traffic and errant crumbs from desk lunches." Personally, I rather like Marsala. It's a nice break from the saturated brights that Pantone has given us for the last few years, and it's only the second brown-inflected color of the year since Pantone started the tradition in 2000. You can see the earlier colors here; I find it strange that three of the 16 shades have been variations on turquoise, while 2004's and 2012's oranges are almost identical. In fact, Marsala is my third-favorite of the 16, behind 2001's Fuchsia Rose and 2007's Chili Pepper. (I have a soft spot for Radiant Orchid, too.)

Both friends and enemies of Marsala have mentioned its culinary overtones. Pantone named the shade after a Sicilian fortified wine often used for cooking, which prompted the Cut's Kathleen Hou to describe it as "a color that makes you want to go to Olive Garden." I think that's awfully harsh, especially since the photo accompanying Hou's article features meat in an orangey sauce. Marsala is a cool-leaning purplish brown, not an orange-brown: that's what makes it interesting. Instead of food, it makes me think of the rich, glowing, muted browns of Baroque art. You can spot plum-brown backdrops and draperies in innumerable 17th-century paintings, especially portraits. 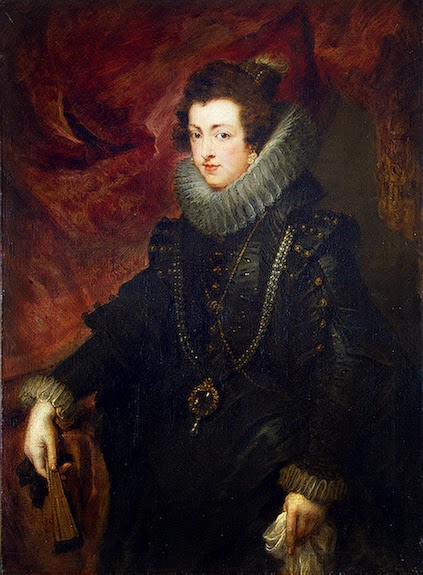 Elisabeth of France, by Peter Paul Rubens, 1628. Did you know that Rubens married his 16-year-old niece when he was 53? Now you know. Yeah, I wish I could unlearn that, too. 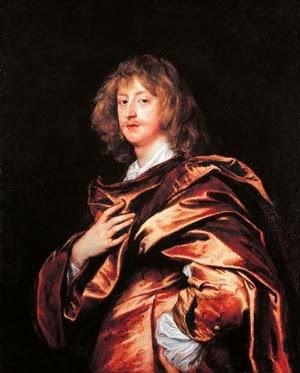 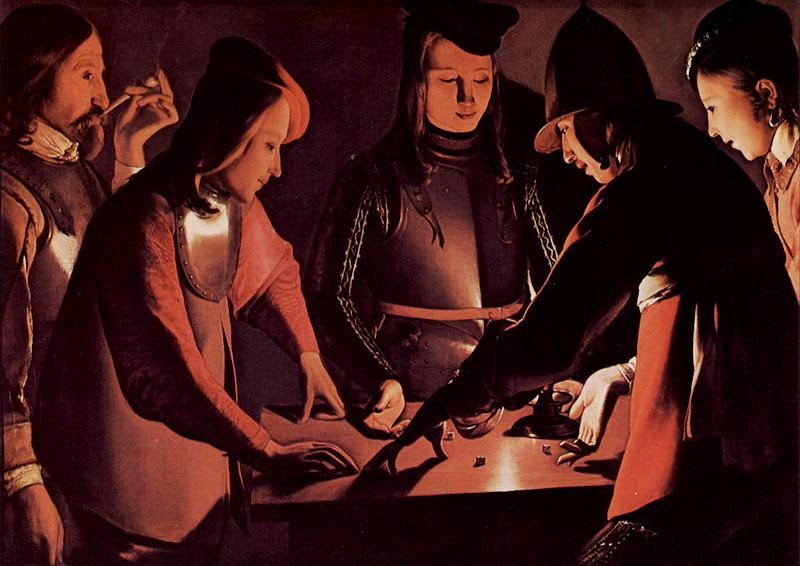 
I don't own a lot of Marsala-hued makeup, but I still happen to have eye, lip, and cheek products in the shade. Clockwise from top left: theBalm Sexy (from the Nude 'tude Palette), Maybelline Color Tattoo in Pomegranate Punk, Sleek blush in Flushed, Revlon Lip Butter in Red Velvet, Revlon Lacquer Balm in Coy. 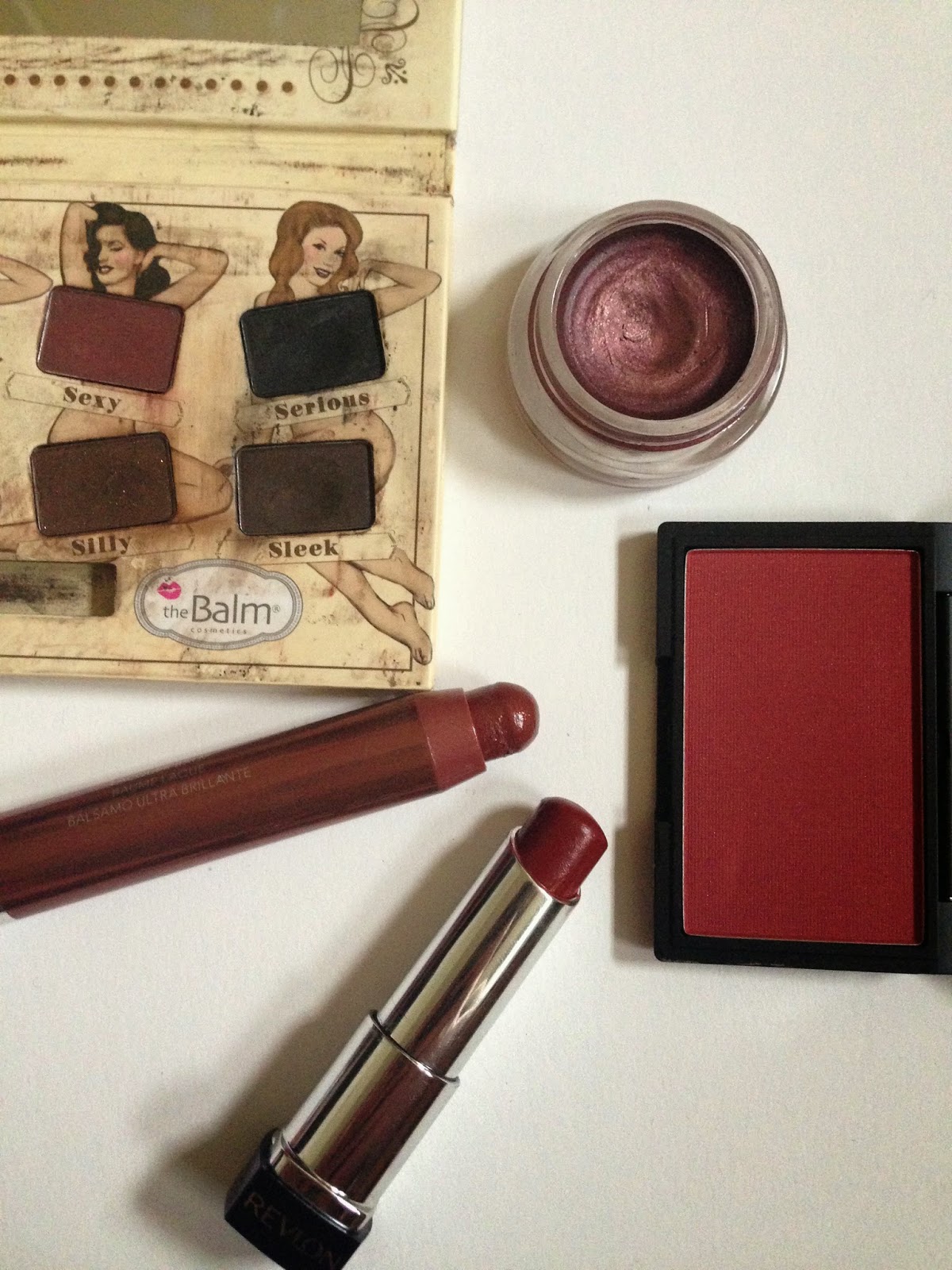 Now that my lips are feeling better than they did last month, I've been wearing Coy quite often. If you'd told me a year ago that a shimmery brown would be one of my most-worn lipsticks this fall, I wouldn't have believed you, but look at me now!

Yesterday I put together a Marsala-inspired face using a couple of the products above. On my eyes, NYX Jumbo Pencil in Iced Mocha on the inner two-thirds of the mobile lid and the plum side of NARS Habanera on the outer two-thirds and the lower lashline. Despite my lack of enthusiasm about Iced Mocha when I first tried it, I've been wearing it a lot in the last few weeks. It's a great workhorse color for autumn, a toned-down version of Maybelline's Bad to the Bronze, and it pairs perfectly with plums and reds. On cheeks, Sleek Flushed; on lips, Revlon Coy, my Marsala-est lipstick. I forgot mascara, which was just as well: it was so cold yesterday that my eyes watered whenever I stepped outside. 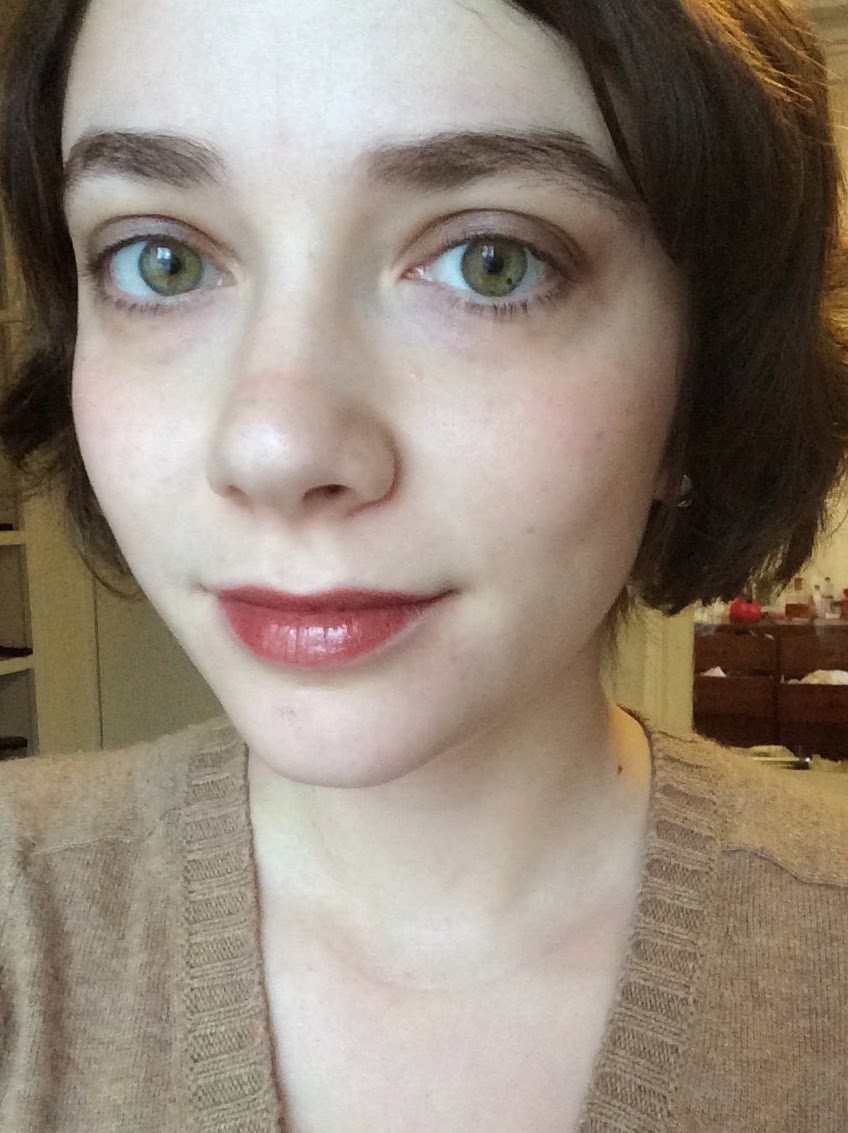 Speaking (vaguely) of culinary endeavors, I made biscotti a few days ago, using this recipe. This was my third or fourth time making the recipe, and the cookies turned out beautifully. Since I don't have an electric mixer, I ended up kneading the extremely thick dough by hand--this whisk proved ineffective, if photogenic. 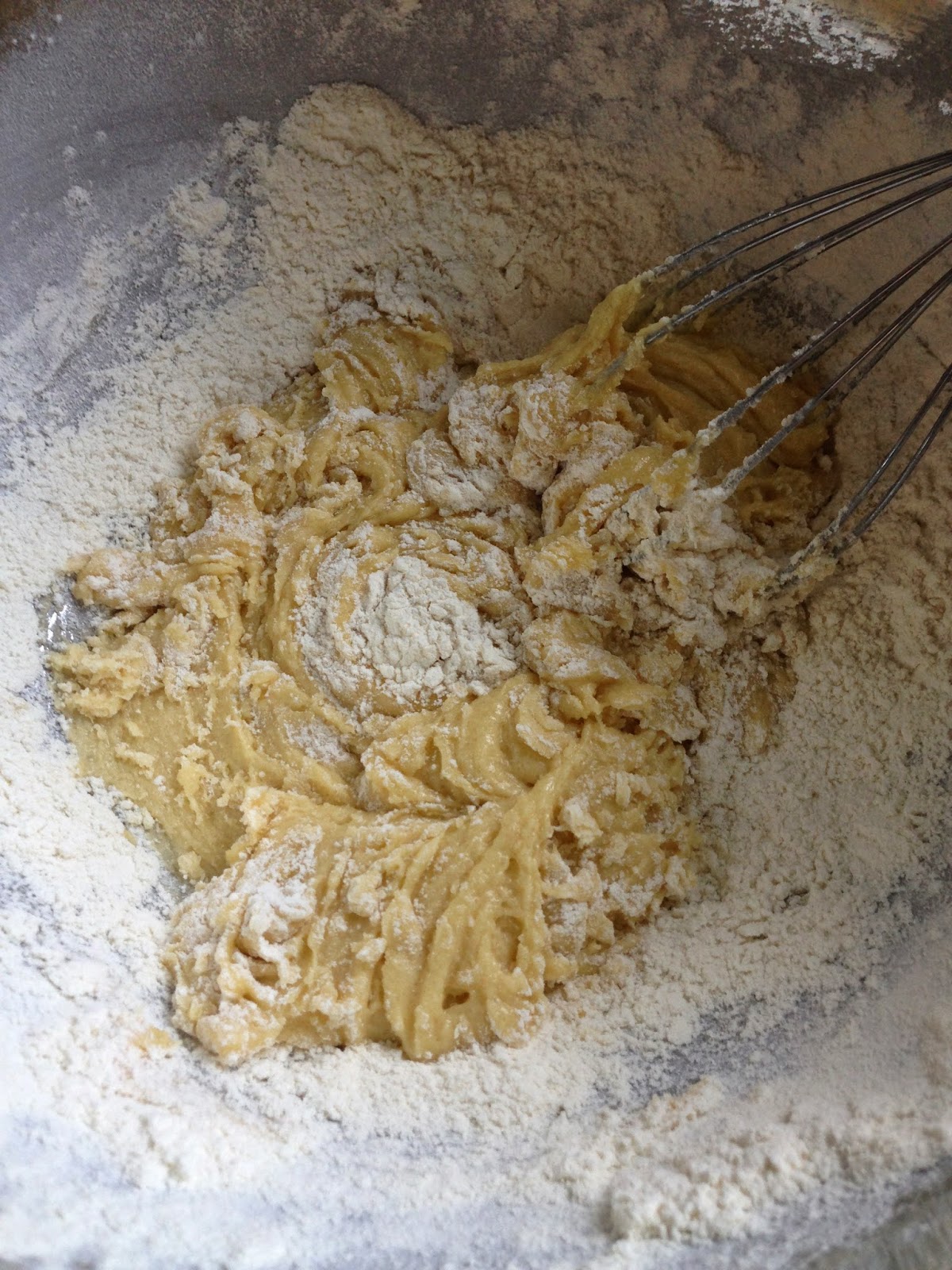 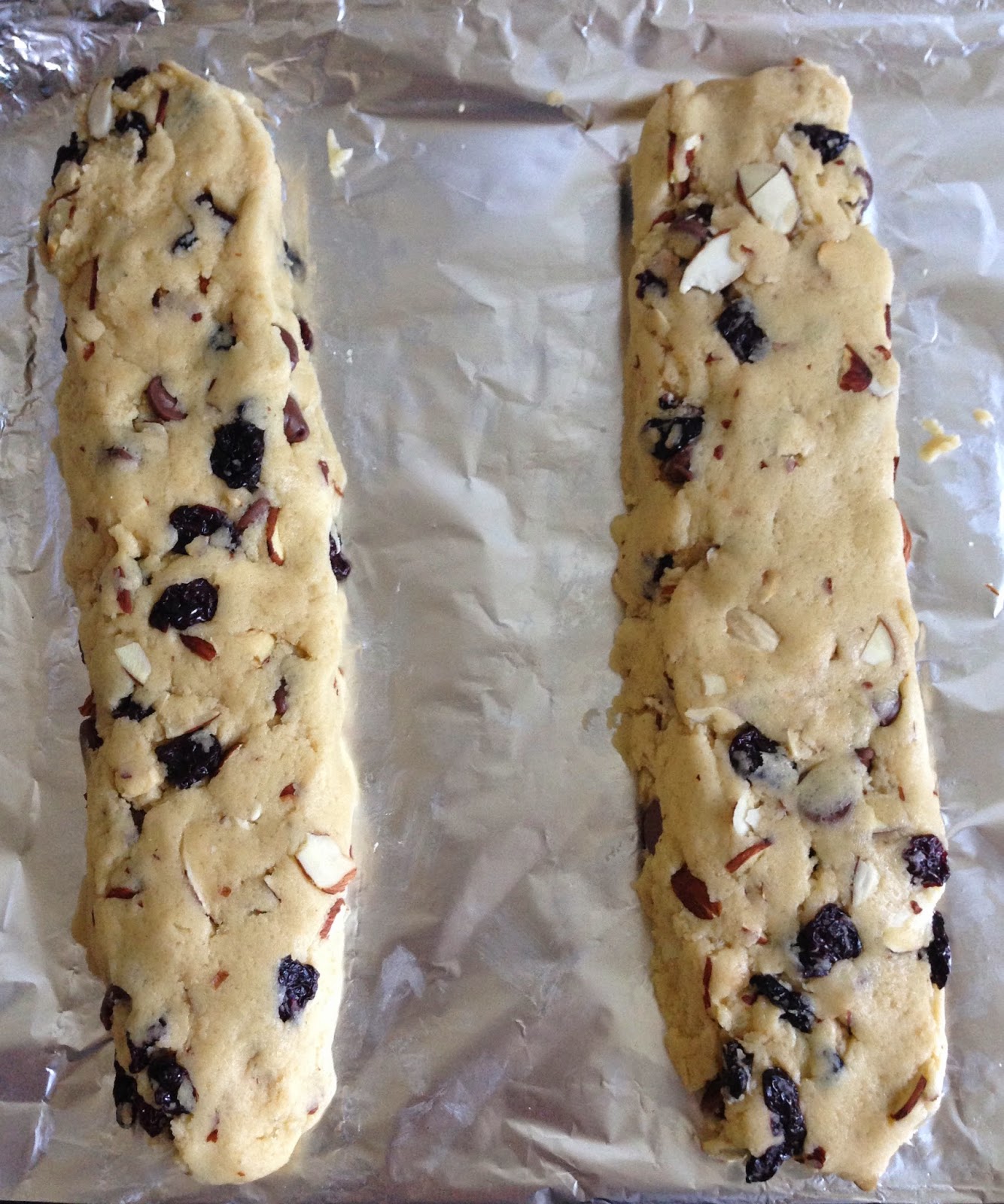 ...and look, now I can save money and bring my own biscotti to the coffee shop in the morning! Yeah, I'm shameless. 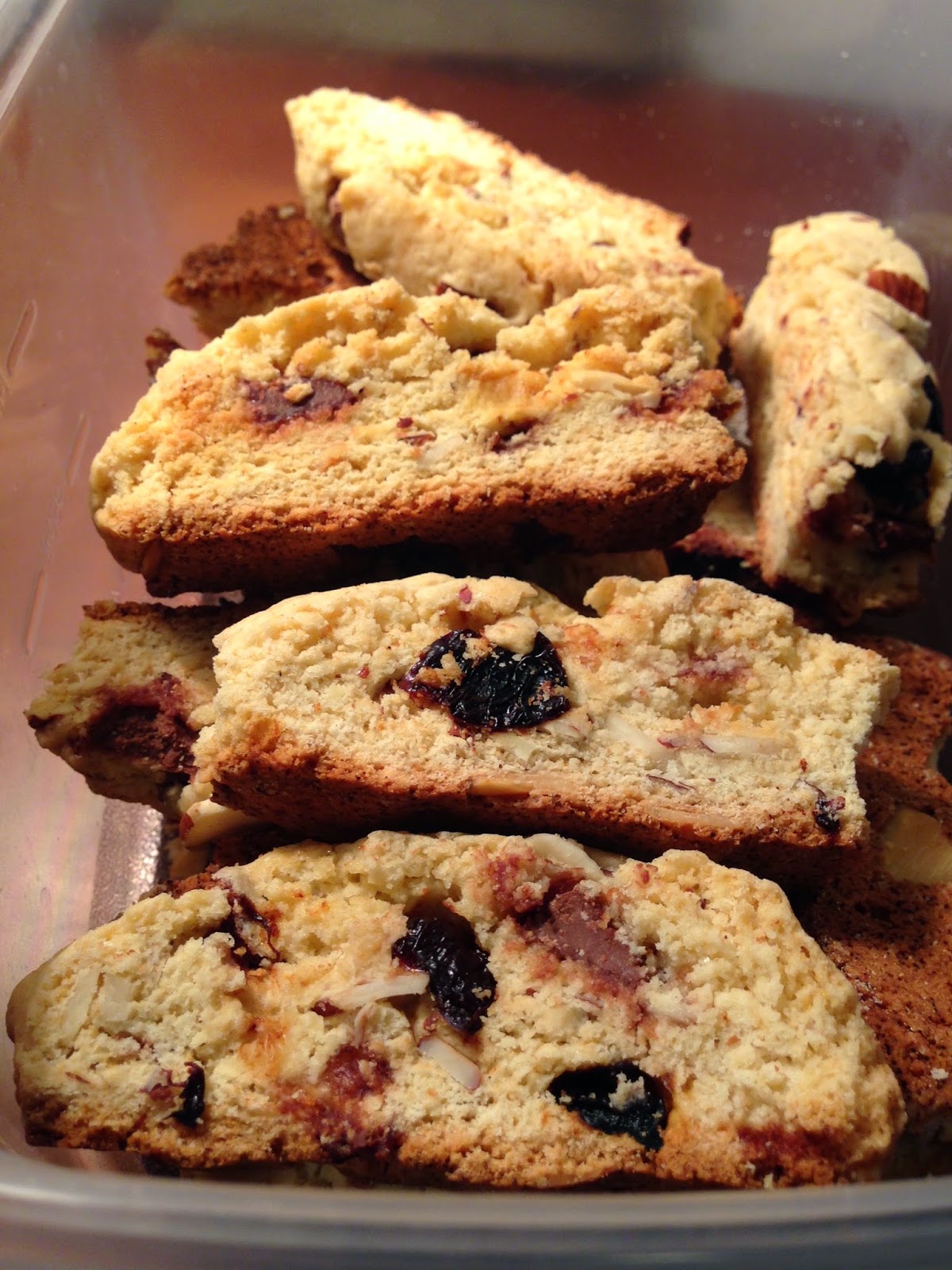 ...anyway. What are your thoughts on Pantone's new color of the year?
Posted by auxiliary beauty at 9:08 PM