Why I Failed to Make a Dent

Back in November, I decided to participate in Project Make-a-Dent, the creation of Helen at Lola's Secret Beauty Blog. Quite a few people on my blogroll have joined in this project, which aims to curb excessive consumption by forcing us to pay attention to the products we already own. The idea is to choose a handful of makeup or skincare products we've been neglecting, then either use them up or "make a dent" in them. Since I have more lipsticks than any other kind of makeup, I chose seven that struck me as suitable for fall and winter. Here's the photo I took originally:


Now that two and a half months have passed, it's high time I updated you on my progress--except that I haven't made much progress at all. Instead, I've achieved some insight into why I've kept neglecting most of these lipsticks, and why Project Make-a-Dent might be a poor fit for my temperament. 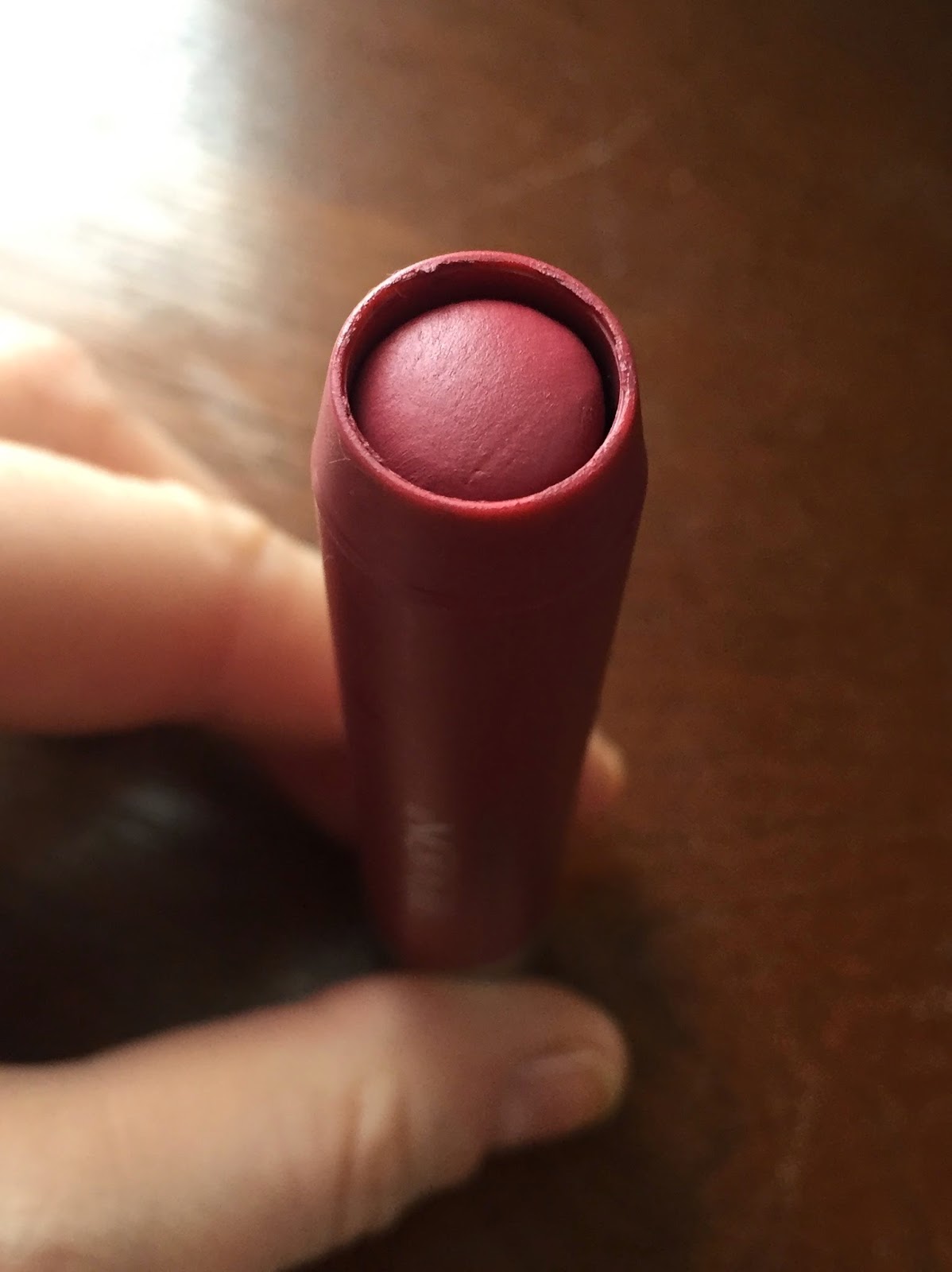 Now for a few conclusions. First, I don't like the idea of guilting myself into wearing certain items. I put enough pressure on myself in other areas of life; I want my makeup to be a safe haven from self-criticism. I want it to be fun. What's the point of makeup if it's not fun? I usually wake up with an idea of which lipstick I want to wear, and it gives me a little thrill to take that lipstick from one of my boxes and put it on. Why should I force myself to wear another? What's really at stake here? So long as I'm cycling through my stash and not constantly seeking out new lipsticks, I'm fulfilling the purpose of Project Make-a-Dent.

Second, I naturally do cycle through my stash. The best example of a lipstick that I repeatedly forget and rediscover is MAC Up the Amp, which I've owned since spring 2012. It's one of my most flattering colors: a medium mauve-purple with a hint of gray, which sounds less wearable than it is. It harmonizes well with both warm and cool eye makeup. It's subdued enough for fall and winter, but bright enough for spring and summer. Perhaps because it's so agreeable, I overlook it for long periods of time, but before six months have passed I find myself wearing it constantly again. I can't predict such whims with a Make-a-Dent list: they happen when they happen. That's how my brain works. I need to trust my brain to do its thing. Dents will be made whether or not I plan to make them. Or, in the words of John Donne:


The heavens rejoice in motion; why should I
Abjure my so much loved variety,
And not with many youth and love divide?
Pleasure is none, if not diversified.

The speaker of Elegy 18 is talking about lovers and not lipstick, but I think his point still holds. (Not Donne's finest moment, though: he sounds like a hedge-fund manager.)

Third, Project Make-a-Dent seems to overlook the idea of sunk cost. I can't return any of the makeup I have, and most of it is too cheap and/or too well-used to be desirable in a blog sale. If I don't want to use up a lipstick, and I make myself use it up anyway, am I not losing in pleasure more than I'm gaining in dollars and cents? NYX Perfect is a good example. I know I want to replace it with a lipstick in a similar color, and I know that continuing to use Perfect will bring me little if any gratification. I'll only be delaying the inevitable expense by a few months, and in the meantime, I'll be grumbling every time Perfect dries out my lips. I just don't think the annoyance is worth it, especially as I rarely spend more than $15 on a lipstick. Again: makeup should be a pleasure, not a burden.

So, no, I don't see the point in using Project Make-a-Dent to make myself finish lipsticks I don't feel like wearing; after all, I might return to loving them in a month or two. But I do value Project Make-a-Dent for reminding me why I originally fell in love with certain colors. Today, in preparation for writing this post, I wore YSL Rouge Gouache for the first time in months. And it made me so happy. The pinky red flattered my complexion, the color and shine lasted for hours, and the formula smoothed over my dry lips without irritating them. 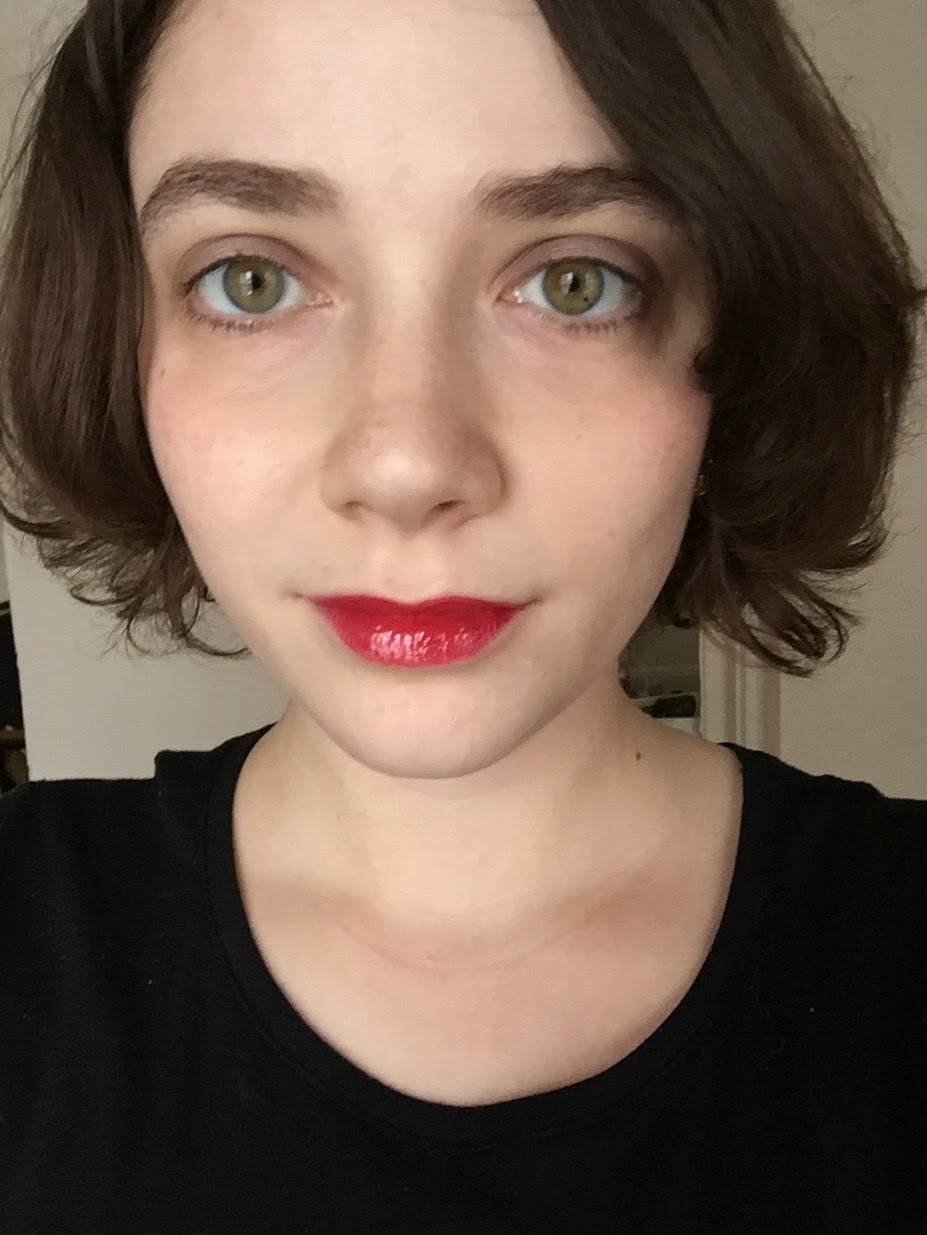 On my eyes I have NARS Lhasa. One of my 2015 resolutions should have been to use Lhasa less often, but I just can't help it! It complements almost all of my lip colors, harmonizing beautifully with cool reds and plums and providing a subtle contrast with corals and oranges. No mascara because I forgot to put it on, as I do about half the time. A light dusting of NARS Coeur Battant blush on my cheeks, and two coats of Rouge Gouache on my lips. I love the long-lasting unnatural finish of the Glossy Stains: it makes me feel like a porcelain doll, or perhaps an Edwardian cyborg. 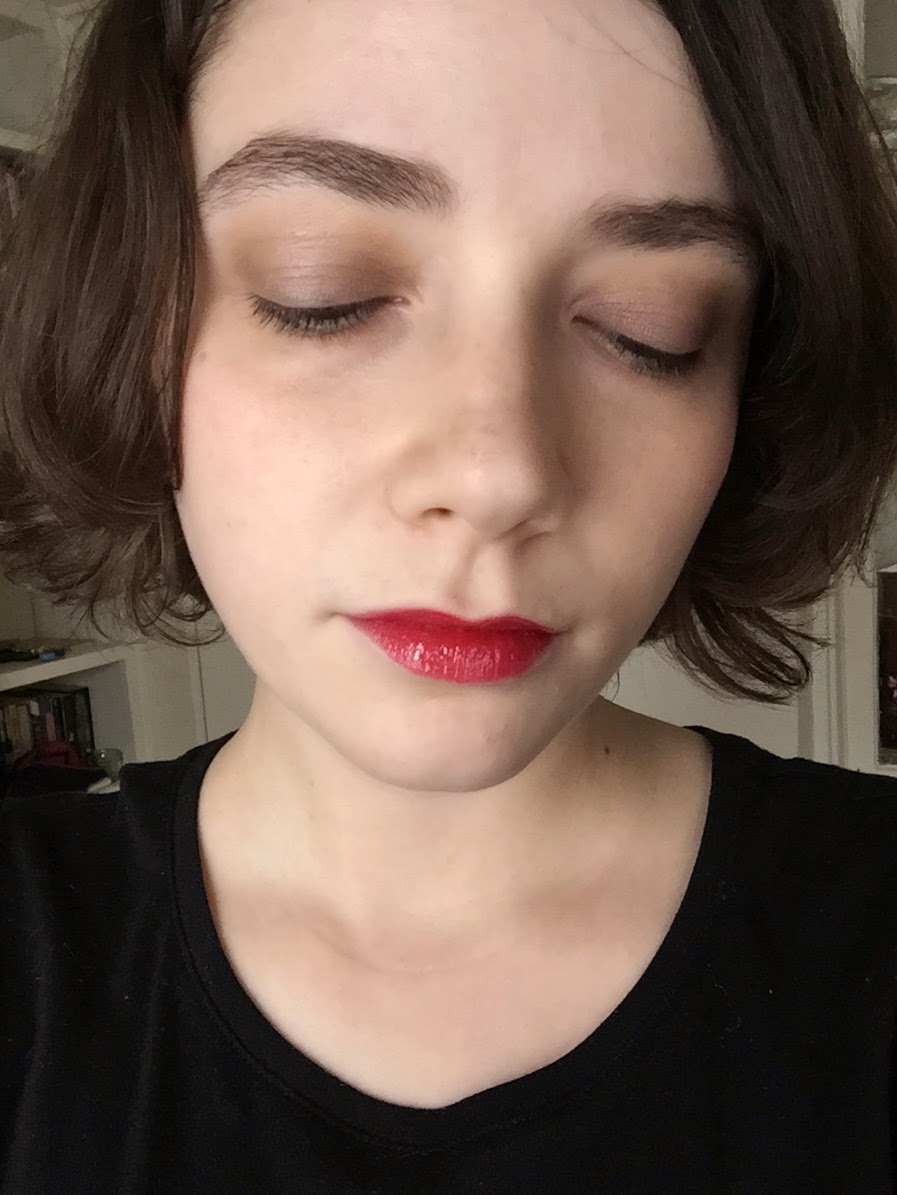 (By the way, I'm trying out a new hair product: DevaCurl B'Leave-In, a thin gel designed to emphasize "fine, delicate curls." I love it so far! It makes my hair feel full and bouncy.)

So, whither Project Make-a-Dent? I propose a modification. In the next month or two, I'll commit to using lip colors that might not be long for this world, either because they're glosses (which tend to spoil in a year or two) or because they're lipsticks that I bought a few years ago.  I can't promise that I'll hold myself to this resolution, but I might as well try. The concept of sunk cost applies here, too: if I end up not enjoying these colors at this particular point in my life, I won't make myself keep wearing them. For now, though, here are my choices:


Every time I take Adorned from my jar of glosses, I marvel that any human being could neglect this: 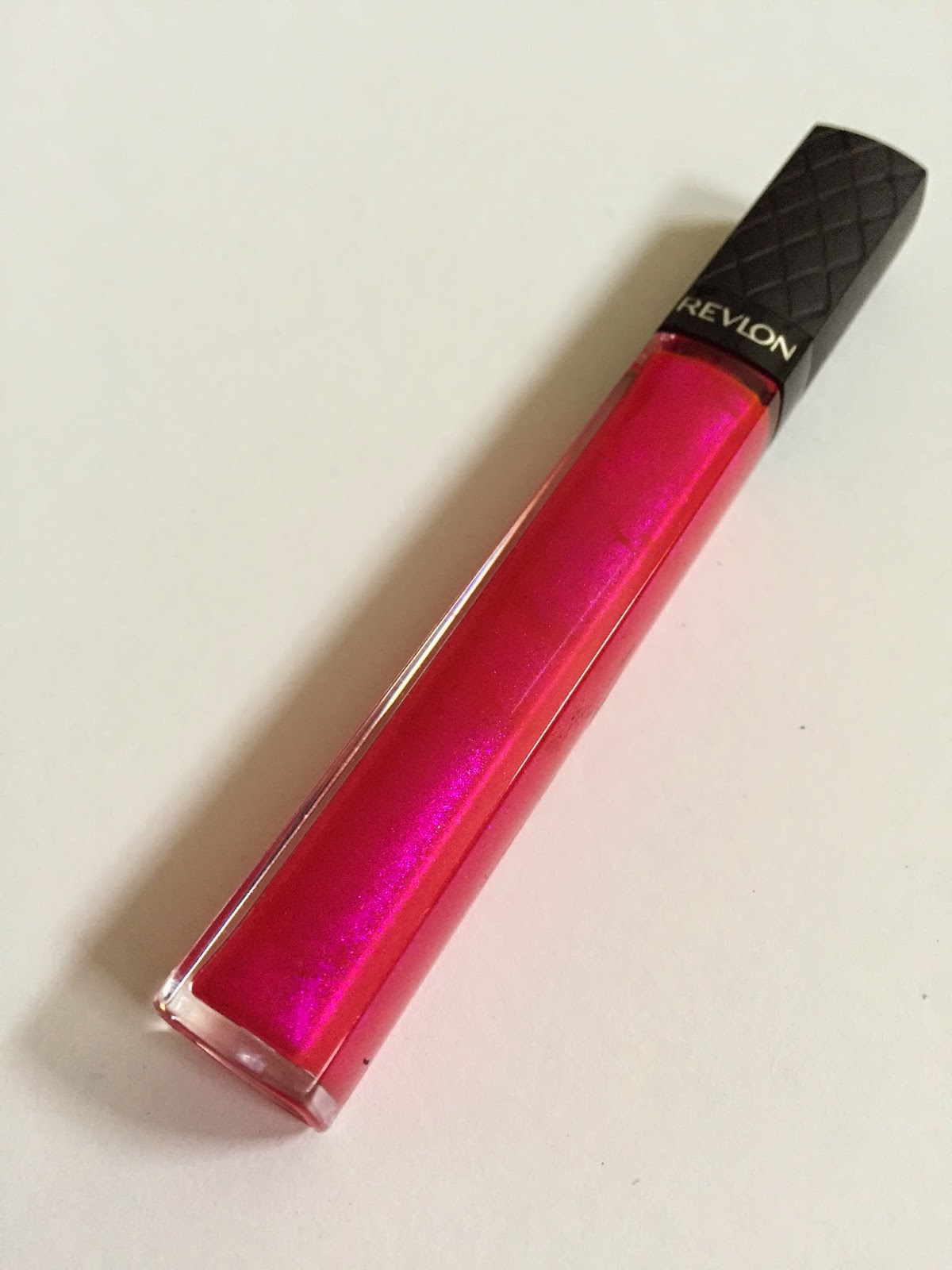 You're not even seeing it in its full glory, since I took this photo on a very overcast day. Am I a monster? I think I might be.

Lest you come away from this post with the wrong impression, let me say that I still believe Project Make-a-Dent is a great idea: I appreciate any exercise that makes people think critically about their consumption habits. I'm just not sure it's the best way for me, specifically, to approach my makeup collection. Thoughts?
Posted by auxiliary beauty at 8:12 PM