It occurs to me that "Feels Like Negative Thirteen" would have been a great name for an early-'00s pop-punk emo band. What it is not, however, is a phrase I want to read on weather.com just before I walk to the library in the morning.

Anyway, this is a quick addendum to yesterday's review of four ColourPop eyeshadows. Today I used Bill, the lone matte shade I ordered, so I wanted to give you a sense of how it performed. Bill looks like a midtone pinkish brown in the pan...


...but on my eyelids, it softens into a pale dusty pink with a hint of lilac and almost no brown. Neutral yet distinctive, and very soft and pretty.

Who would have guessed that Bill would turn into that color when worn? So strange. I'm not complaining, though, since this is the color I hoped for when I ordered Bill, and I was disappointed to see that murky brown when I opened the pot.

It took me a long time to get interested in matte eyeshadows, but I've been enjoying them as a contrast with glossy or shimmery lip colors. (I know I've bitched about Milani's Bella Eyes shadows, but Bella Taupe has been another matte favorite recently.) For today's FOTD, I added theBalm eyeshadow in Sophisticated, a nearly matte cool brown, to the crease, the outer corners, and the lower lashline. Blush is Sleek Flushed; lipstick is Revlon Lacquer Balm in Coy. 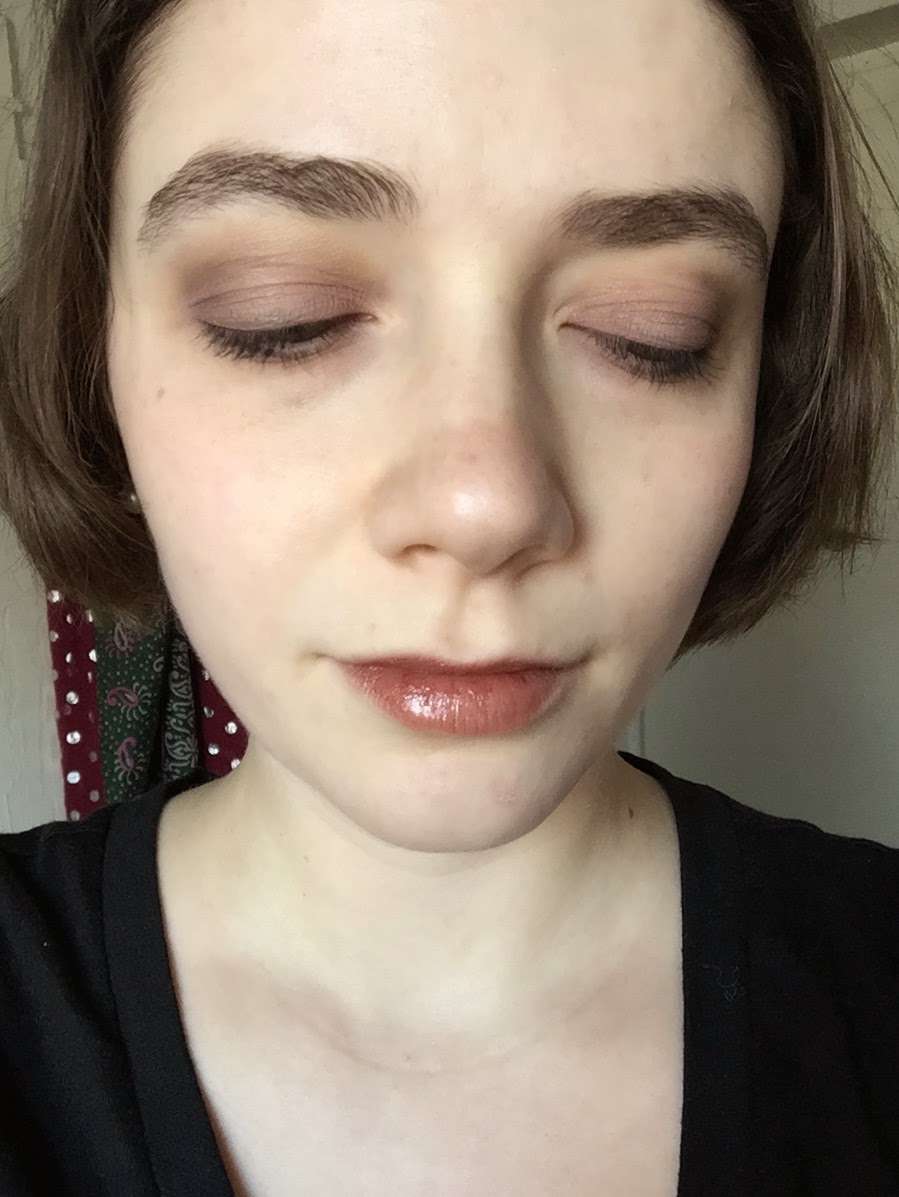 One word of caution about Bill: it has a much softer, fluffier texture than other cream eyeshadows I've tried. It feels a bit like damp powder or whipped cream cheese. This means that it's easy to pick up too much when applying, but also too little if you don't apply enough pressure to the pan. On the lid, it takes on a light, powdery finish. I wish the Super Shock shadows were firmer, like the Maybelline Color Tattoos. But this is a small quibble, especially as the softness makes the ColourPop shadows much easier to spread, blend, and smoke out. 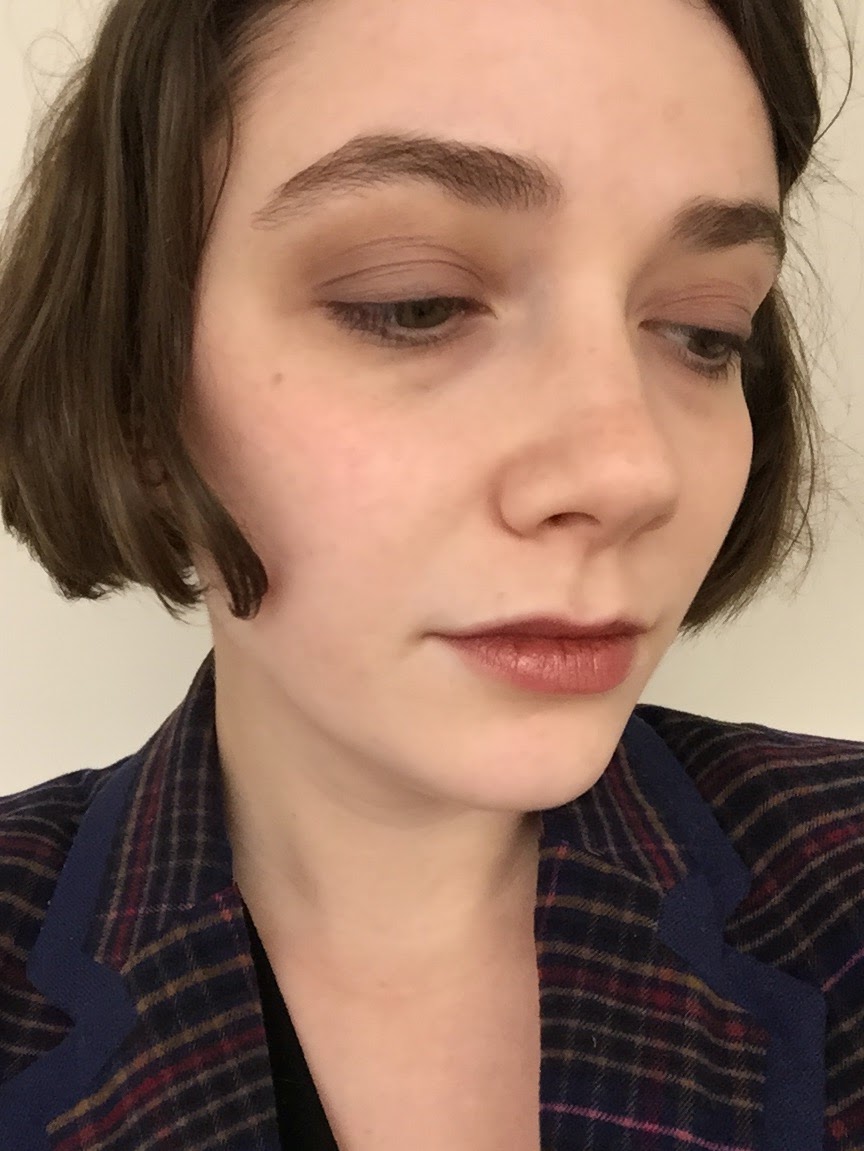 Apologies for the fluorescent lighting and hat hair in this shot. Stay warm, everyone!
Posted by auxiliary beauty at 10:37 AM