Thanks to Liz for the tag! The person who came up with this meme clearly has a boundless capacity for suspension of disbelief, as well as a knack for writing questions that each provoke about five more questions. I've done my best.

1. You have to get rid of all of your foundations and only keep one high-end and one drugstore; which do you keep?

I don't actually own any foundations, so I'm going to take the liberty of replacing "foundations" with "lipsticks," which makes the choice much harder for me. Am I allowed to buy back any of the shades I've gotten rid of, though? Or am I allowed only two for the rest of my life? I need more information. But assuming I'd eventually get to repurchase the ones I lost, I'd go with one neutral and one bold lipstick. These days I've been enjoying Milani Matte Naked, and I guess I'd choose NARS Angela for my high-end lipstick: it's my most expensive one, and I've used so little of it.

2. You go for an interview, and the lady interviewing you has lipstick on her teeth. Do you approach the subject or ignore it completely?

I'd probably ignore it. I've seen other people answer this question with "I always appreciate being told if I have lipstick on my teeth," but I never like it when people I don't know well comment on my appearance. It feels invasive. If it were a friend or colleague, of course I'd tell her, but in an interview I'd just pretend not to notice, lest the interviewer interpret it as some kind of power play. Who knows, the lipstick might even be gone by the time she looked in a mirror again.

Basically, my theory is: if someone has more power than you, and especially if you want something from them, they don't have any flaws worth commenting on.

3. You're not feeling yourself and need a pick-me-up lipstick. Which do you go for?

If I were feeling sad, I'd go for a fuchsia or magenta: something like NARS Angela, Maybelline Vivid Rose, or MAC Candy Yum-Yum. If I wanted to feel more confident, I'd choose a matte blue-based red like NARS Mysterious Red. 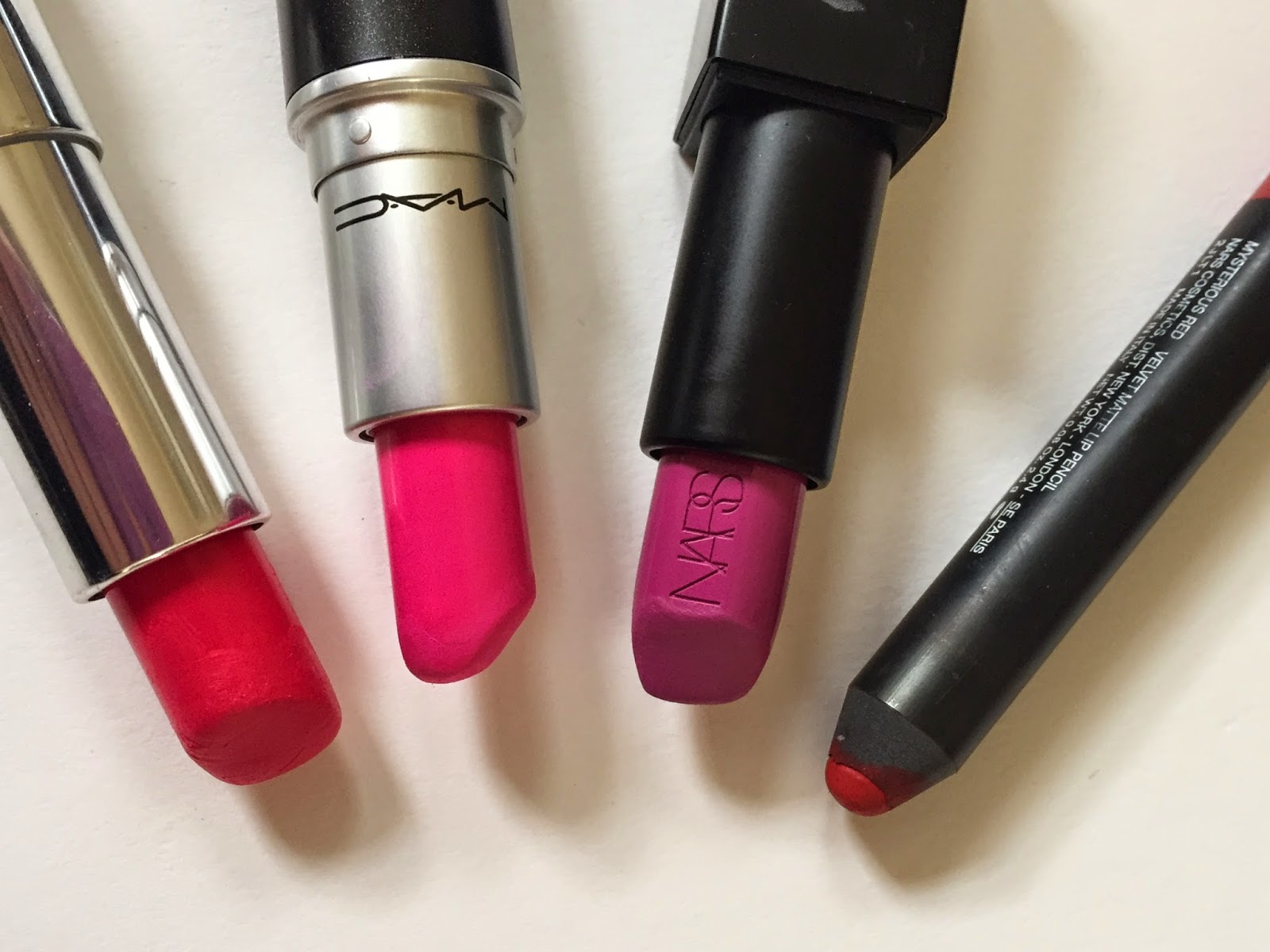 I haven't worn Candy Yum-Yum in ages. Time to change that.

4. You go back in time for a day to your teenage years; how would you do your hair or makeup differently?

I didn't wear makeup until my twenties, but I wish I'd started wearing it earlier! I was a very stressed-out teenager, and playing with makeup would have been a good way to relieve my many anxieties. As for hair, I usually wore it loose or in a ponytail or bun, though I got it cut into a bob during my senior year of high school, which was okay. No real regrets hair-wise.

5. You ask your hairdresser for a shoulder length Pixie Lott haircut but they hear wrong and give you a pixie cut - what would you do?

A) Smile, say thank you, call your mum and cry hysterically
B) Cry in the chair and things get awkward
C) Complain to the manager and demand a refund

Who the hell is Pixie Lott? *Googles* Okay, so she has longish hair with lots of layers? I'd rather have a pixie cut. And why don't I notice that the hairdresser is cutting my hair a foot shorter than I requested? Did I pregame for this haircut? Am I passed out in the chair?

Anyway, if the haircut were radically different from what I'd asked for, I'd ask for a refund. If it were similar to what I'd asked for, just poorly executed, I'd probably swallow my losses and cry at home, then go to another stylist to get it fixed.

6. Your friend surprises you with a 4-day city break and you have one hour to pack. Which 'Do it all' palette do you pack in your makeup bag?

Does this question assume that we all own one of those giant eye/lip/cheek palettes? Those always look so messy to me. Or is this a question about eyeshadow palettes? I own only one eyeshadow palette, theBalm Nude 'tude, but I don't rely on it to "do it all." In fact, I rarely use it except for the matte black and dark brown shadows. For eye makeup, I'd probably throw in NARS Lhasa and Habanera and ColourPop Bill--two neutrals and a colorful duo. Yeah, you saw that coming. No photos because you've already seen a million photos of those eyeshadows on my blog.

7. Your house has been robbed. Don't worry, everyone is safe, but your beauty stash has been raided. What's the product you really hope is safe?

So the thief went for the makeup instead of the technology? I can draw two possible conclusions from this: 1) it's someone who knows me well, and thus knows I'd be sad at the loss of my makeup; 2) it's an evil scientist who wants to harvest my DNA for nefarious ends. If the latter, I'd definitely hope they'd grabbed the products I use least often. In either case, though, I'd hope for the safety of Illamasqua Zygomatic, since I had to buy it in the UK and it would be expensive and inconvenient to replace. Curse you for pulling out of North America, Illamasqua! 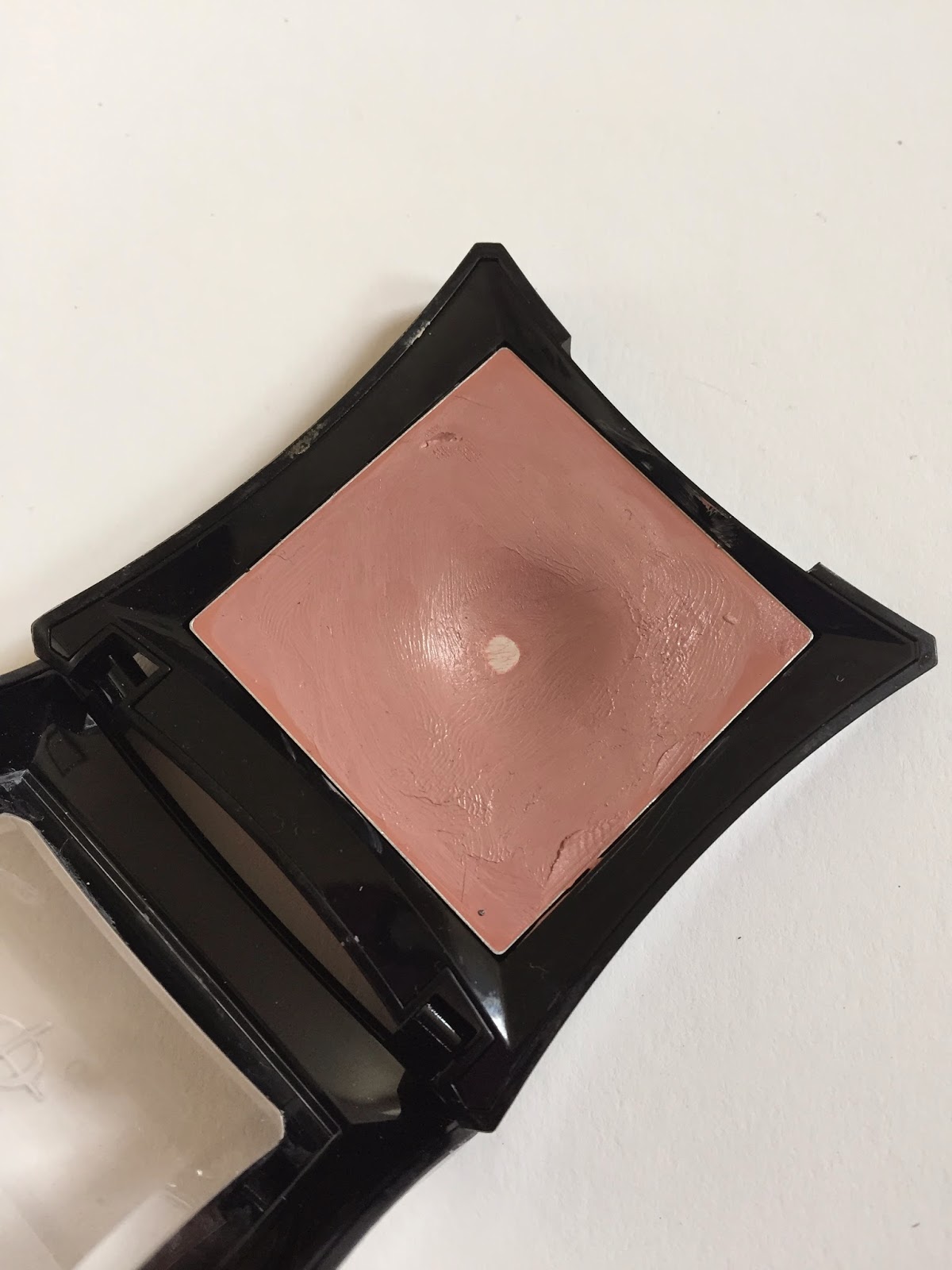 8. Your friend borrows makeup and returns it in awful condition. Do you:

No one has ever asked to borrow my makeup, and I'm not sure I'd lend it if someone did ask. But assuming all that had taken place, I'd probably go with a). I agree with Liz that when you lend something out, you should accept the risk that it might return in less-than-perfect condition. That said, if the friend ever wanted to borrow something again, I'd ask her nicely to be more careful. I certainly wouldn't demand reimbursement. And who would choose c)? That's some sociopath-level behavior! Geez.

And a bonus question...

9. Butter London nail polishes are $9 each at Ulta today. Do you:
A) Virtuously ignore the sale entirely
B) Buy two
C) Buy two, plus one of those new NYX Intense Butter Glosses and two NYX lip liners because you "need more lip liners" even though you almost never wear them

You can imagine which one I chose.
Posted by auxiliary beauty at 10:21 PM

Email ThisBlogThis!Share to TwitterShare to FacebookShare to Pinterest
Labels: meme, state of the stash