I'm an ocean away from the product I'm about to describe, writing through a haze of jet lag. Let's see how this post turns out.

For the longest time, I avoided any hint of orange in my face makeup. My desire for knowledge of colors and undertones turned into a harmful strictness, and I assumed that because I was relatively cool-toned, I should wear warm colors sparingly. I kept buying vivid blue-red lipsticks, ignoring my suspicion that they looked a bit off against my complexion. They were cool-toned and I was cool-toned, so they must be my most flattering colors, right? Right.

In the same spirit, I wore my warmest blush, Sleek Life's a Peach, only occasionally until this spring. One day, on a whim, I applied a little more Life's a Peach than usual before putting on Urban Decay Streak, and I was shocked at how the milky peach blush and lipstick lit up my complexion. Part of the reason was no doubt that I'd finally put on an appropriate amount of blush instead of dusting a few particles across my cheekbones, but also? Peach looked good on me. It was a revelation.

I still didn't think I needed more than one peachy blush, but that changed last week, when one of Milani's new rose-shaped powder blushes caught my eye during a CVS run. 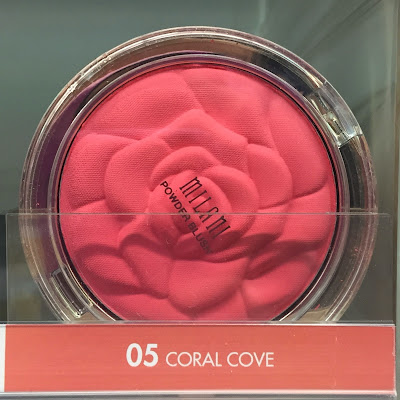 I left it on the shelf, thinking that between Life's a Peach and Face Stockholm Paris, I was covered for warm pink blushes. But I made the mistake of posting the above photo on Instagram, which somehow cemented my desire. Funny how that happens, isn't it? I read a few reviews, all of which agreed that the formula of the rose blushes had vastly improved since last year, when they were released as limited-edition products. I believe the new ones are permanent, and there are three colors: Coral Cove, a bright peachy coral; Romantic Rose, a mauvey nude similar to Illamasqua Zygomatic; and Tea Rose, a midtone cool pink. It didn't take me long to succumb to temptation and bring Coral Cove home.

As you can see, it looks softer and more orange in natural light than it did under the harsh fluorescent lights at CVS: 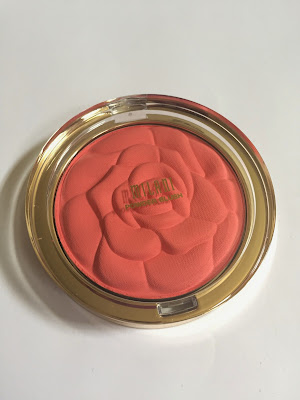 What this photo may not make clear is that the rose blushes are absolutely massive, at 17g (0.6oz). By contrast, Illamasqua blushes weigh 4g, NARS blushes are 4.8g, and my second-largest blushes, by Sleek, are 8g. The packaging of the rose blushes is hefty and sturdy, and I wondered briefly if the thick plastic made up some of that 17g. But the FDA mandates that the weight listed on the label of a beauty product "must accurately reveal the quantity of cosmetic in the container"; in other words, if I understand correctly, the 17g is all blush. Buying a Milani rose blush is something of a commitment: not a monetary commitment (I paid just under $8), but a more metaphysical commitment. For us beauty addicts, the satisfaction of using up a product is a close second to the satisfaction of buying it, but I know very well that I won't hit pan on this anytime soon. Not even if I adopt the Meadham Kirchhoff SS12 aesthetic: 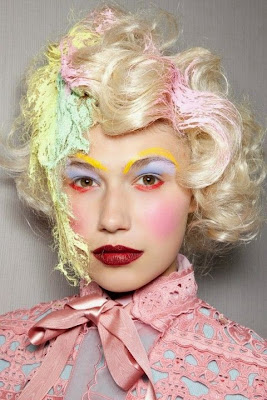 The good news is, that rose pattern won't be worn away for a good while. I left Coral Cove unopened for days because I was so afraid to swatch it and ruin the pristine design, but this blush is built to withstand more than a tentative swatch. 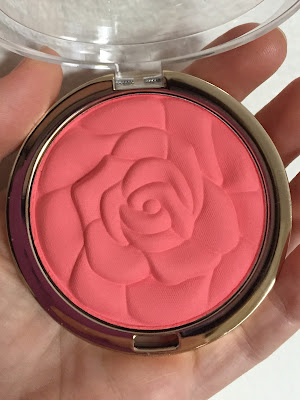 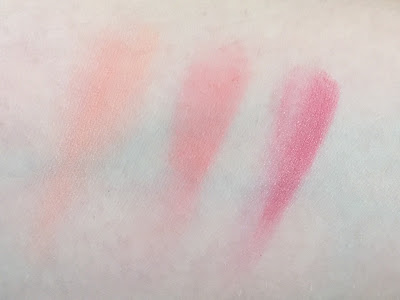 In both temperature and intensity, Coral Cove lies almost exactly halfway between those two. (Making these swatches reminded me how infrequently I wear Paris, which never seems to flatter me as much as I thought it would when I ordered it. I might just blogsale the thing and have done with it.) 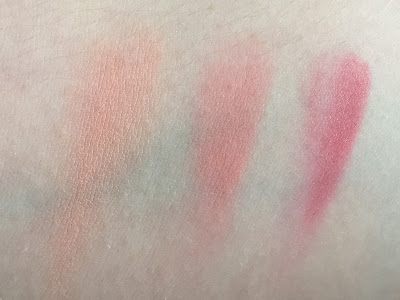 The photo above gives a slightly better idea of the textural differences between the three. Coral Cove is the most matte, but it's also soft and finely milled, which makes it sit quite naturally on my skin. Here I am wearing it with Maybelline Vibrant Mandarin lipstick, a new dress from Urban Outfitters, and post-shower frizz: 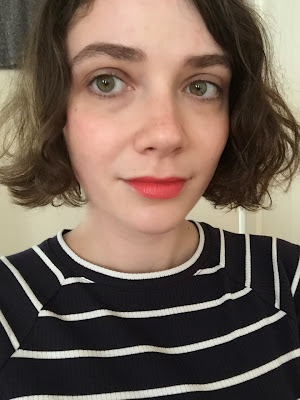 And with Urban Decay Streak the next day: 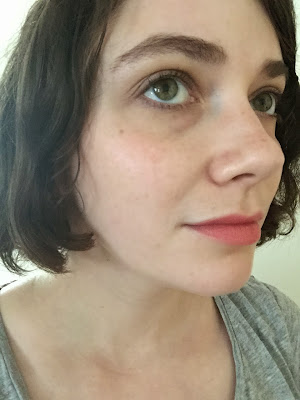 Due to its intensity, Coral Cove stands out on my complexion slightly more than Life's a Peach does, but I don't think it looks unnatural. 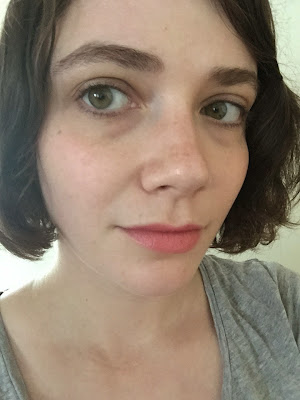 Because of its size, I decided not to bring Coral Cove with me to England this week, but now I'm kind of regretting it. Then again, the current weather doesn't exactly make me feel like adorning my cheeks with coral: 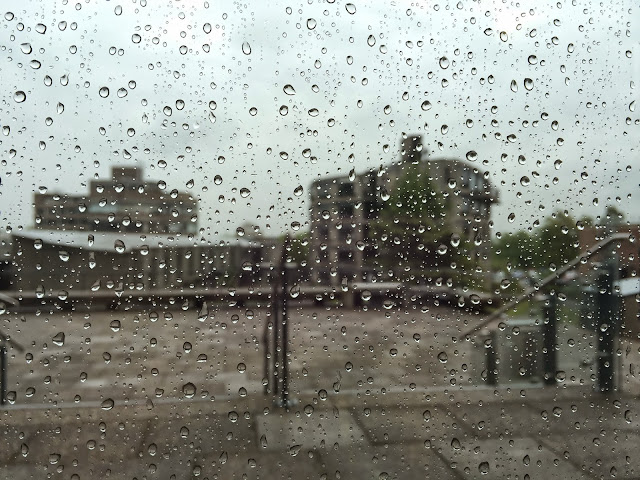 I did not pack warmly enough for this nonsense.
Posted by auxiliary beauty at 9:54 AM