October has always been my favorite month. As I'm sure I've mentioned before, my love of seasonal makeup has a lot to do with my upbringing. My parents and I lived in Boston until I was seven, when we moved to San Francisco. I spent the next ten years pining for "real seasons," especially fall, and I'll never forget the childlike joy of catching falling leaves during my first semester of college back in Massachusetts. I'm given to understand that appreciating the glory of fall is now a symptom of basic bitchery, I suppose because it's not a rarefied pleasure available to a select few. This article (since when does Buzzfeed quote Bourdieu?) notes the classism inherent in the "basic bitch" insult. I don't agree with all of the writer's points, but it's worth a read. In any case, I refuse to be ashamed of my autumnal raptures. Where I live now, there are about six weeks per year when it's actually pleasant to be outside, and October contains two or three of those weeks. I've spent this particular October sick, stressed, and overwhelmed (academic job market, what's up), but I haven't been able to ignore the spectacular beauty of the season. It's a privilege to be able to walk outside and see this: 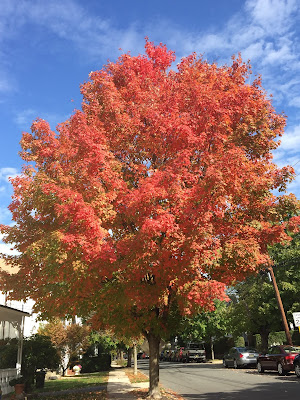 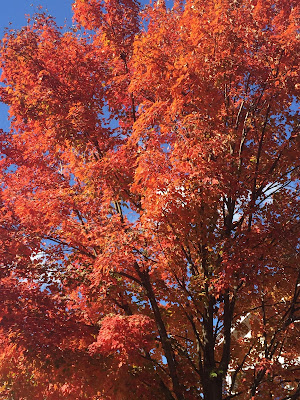 And this (yes, this post is a flimsy excuse to spam you with foliage photos, as if you haven't been getting enough leaves from me on Instagram): 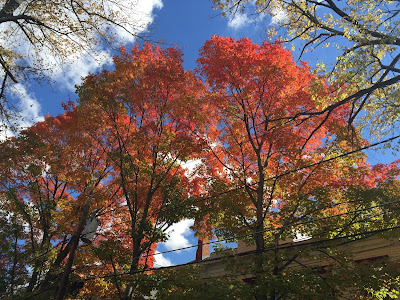 This is the first weekend in a while that hasn't been consumed with work, so I did glorious nothing until about 3:30 pm, when I decided to experiment with the custom palette that I put together at San Francisco's theBalm store in August and still haven't reviewed: 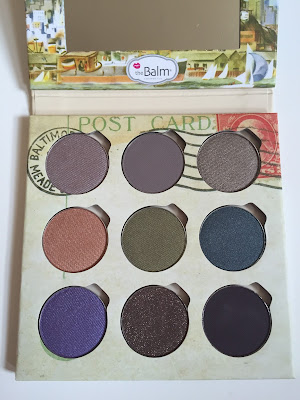 For my shamelessly obvious autumn-leaves look, I used the copper and the green. I'd like to claim credit for this color combination, but I based it loosely on the NARS Blade Runner duo, reviewed by Kate at More Like Space here. I swear I've bought half my eyeshadows in semi-conscious attempts to dupe NARS duos. This particular dupe attempt is very different from the original—Blade Runner's green is darker than theBalm's, and its copper is much pinker—but Blade Runner is long discontinued, so this is the best I'm going to do for now.

I called one of the shades "copper" just now, but it's actually closer to straight-up pumpkin orange. I've had a few pangs of regret about choosing this shadow. The saleslady at theBalm told me it would look great with my eyes, but my eyes are set in a face, and that face doesn't usually do well with orange. The color is a bit brighter IRL than it looks here: 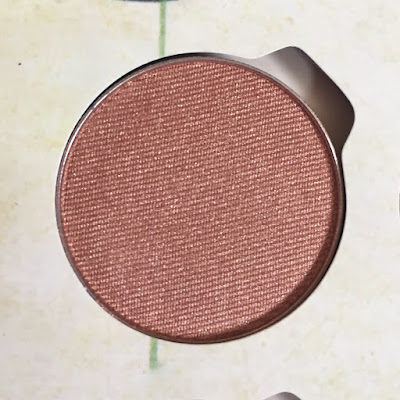 Then there's that unusual shade of gray-tinged moss green: 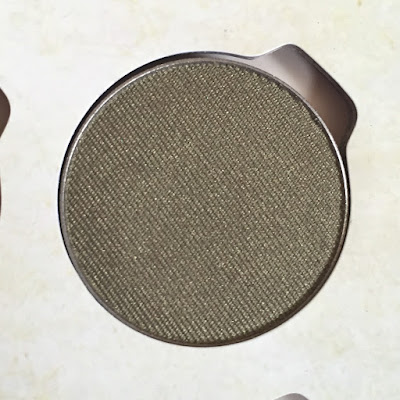 Not every shadow in my palette has a perfect formula (the duochrome purple at bottom left is the worst offender), but I find that theBalm does softly frosted finishes to perfection, and the copper and green couldn't be smoother or more buttery. I used the copper on the inner third of my upper lid and the green on the outer two-thirds, blending them together carefully before applying the sparkly dark brown to my upper and lower lashlines. I kept the rest of my look simple, but equally basic-bitch autumnal, with Illamasqua Zygomatic blush and Revlon Lacquer Balm in Coy. 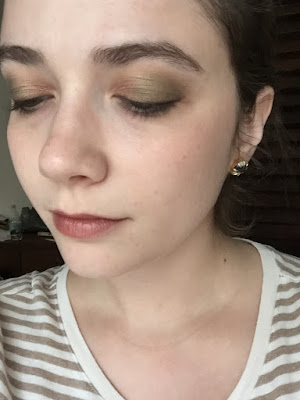 I'd worn the copper before and found it too bright and obtrusive, but I really liked how it looked today. I think it was just a matter of blending it out properly (which reminds me, I should probably get an eyeshadow brush that costs more than $5...). 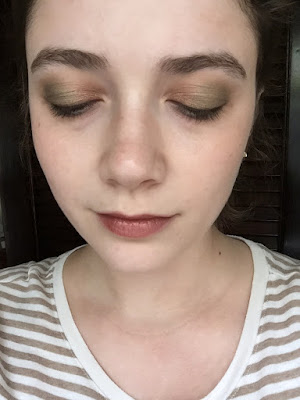 I'm also in the market for a brown eyeliner, something I've never owned: I've always made do with brown eyeshadow applied with an angled brush. Eyeshadow on the lashline fades more quickly than I'd like, though, even over primer. 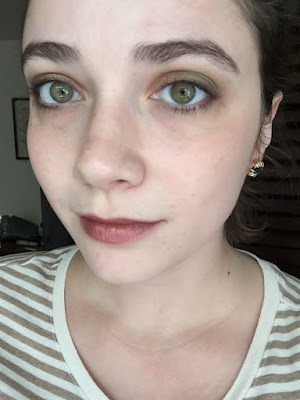 I was very pleased to note that the green eyeshadow was a near-perfect match for my nail polish, Butter London Wallis. I used to refer to Wallis as "the official nail polish of Slytherin House," but a recent conversation with a grad-school friend (also sorted by Pottermore into Slytherin, don't you know) has me thinking that NARS Night Porter might be worthier of that distinction. Wallis is a formidable contender, though. 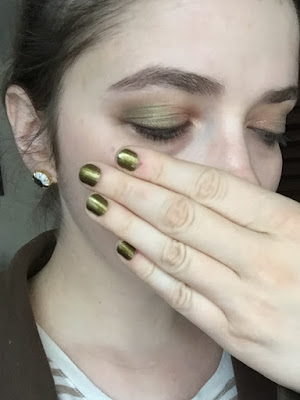 I spent the rest of my afternoon preparing to teach Nabokov's prefaces to Lolita and Pale Fire on Monday (I am so excited about teaching my favorite novelist, you have no idea), and then I sat around some more and listened to k-pop and wrote in my notebook and made a lentil recipe from Yotam Ottolenghi and drank bourbon with ginger ale. I'm not sure there's a better way to spend a Saturday in October.
Posted by auxiliary beauty at 9:41 PM