Because It's Not 2016 Yet: NARS Lip Pencils in Cruella and Rikugien

Odds are good that if you're reading this, you fall into one of two categories: either you've already collected the 2015 Sephora birthday gift, or you don't have access to Sephora and are annoyed to see the millionth review of the 2015 Sephora birthday gift pop up on your feed. In fact, I'm tempted to skip the review entirely and instead give you a detailed account of a dream I had last night, in which the entire city of Rome was disintegrating due to various apocalyptic circumstances and I had to enlist the financial backing of Big Bang's TOP (a noted patron of the arts) to rescue Rome's most important cultural artifacts and house them in a colossal climate-change-proof building. But this blog is also a personal makeup diary, a chance for me to record my purchases and my impressions of them, so I suppose I'll continue with the review (after all, it will be even more useless in 2016). You probably don't want an exhaustive tour of my subconscious, anyway. 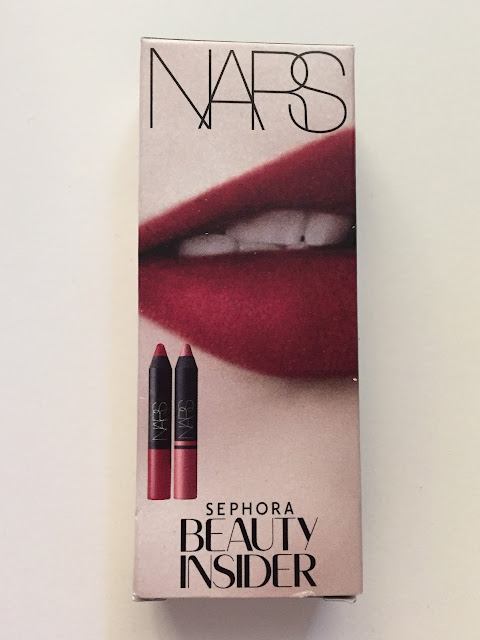 2015's birthday gift for Sephora Beauty Insiders was, in my opinion, a vast improvement on 2014's (minuscule samples of a mascara and a dated-looking pinkish brown lipstick from MUFE). This year, Beauty Insiders got a duo of mini NARS lip pencils in Cruella, in the Velvet Matte formula, and Rikugien, in the Satin formula. 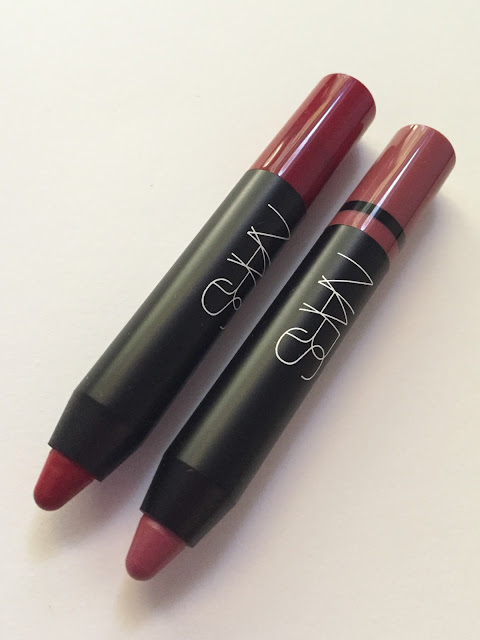 The first lip pencil I tried was Rikugien. Each of the NARS satin pencils is named after a different park or garden; Tokyo's Rikugi-en (六義園), pronounced "ree-koo-gee-en," was constructed between 1695 and 1702 and designed according to the six (六) principles (義) of waka poetry. 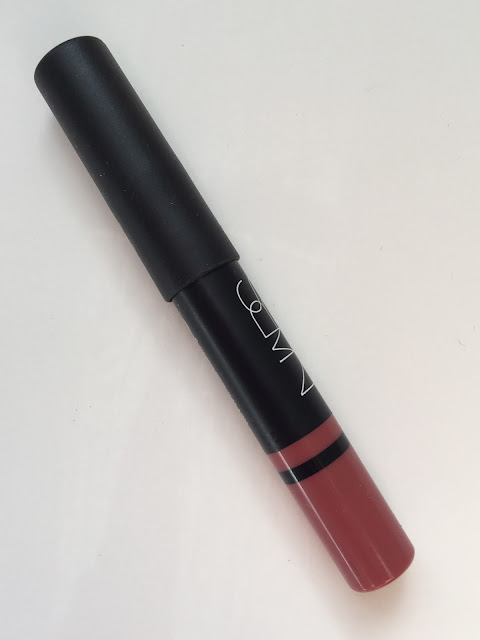 The lip pencil is a soft, sheer brownish rose with a subtle frosty finish (I used the pencil before taking these photos, sorry). It looks almost mauve below, but in swatches and on the lips, it pulls warmer and peachier. 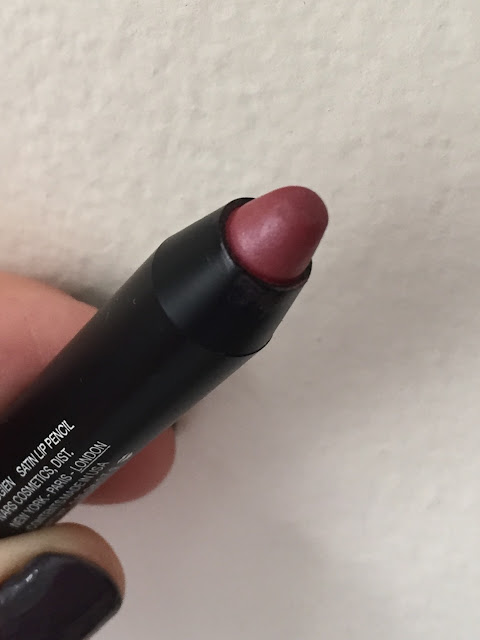 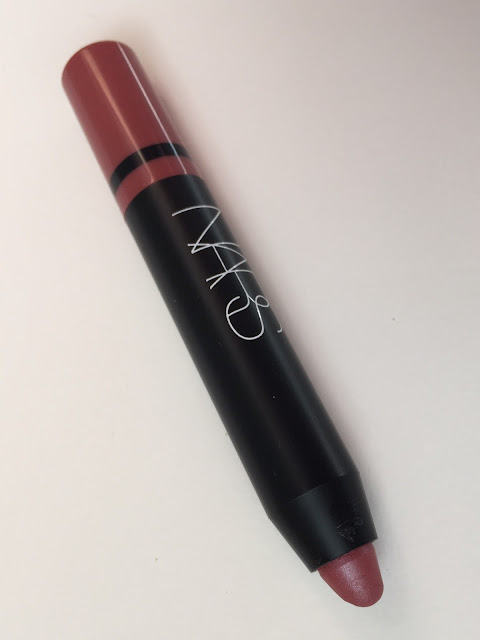 Most makeup lovers will already own at least one lipstick similar to Rikugien, and I can't help wishing Sephora had chosen a different shade from NARS' Satin range. What about Het Loo, a very on-trend medium brown, or Yu, a vivid fuchsia? I know, I know: Rikugien is probably the most "wearable" of the satins. But it's just so generic-looking, as witness the comparison swatches below. L-R: Revlon Pink Truffle, Rikugien, NARS Dolce Vita, NARS Last Tango (LE). 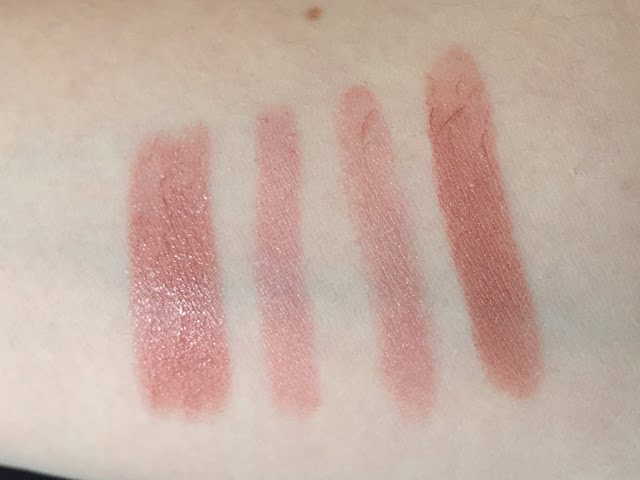 Rikugien and Dolce Vita are almost identical to each other (and to my natural lip color), except that Dolce Vita is shiny and Rikugien is frosty. My lips were especially dry when I first wore Rikugien, and I found that the shimmer emphasized my lip lines and dry patches, as this photo makes painfully clear: 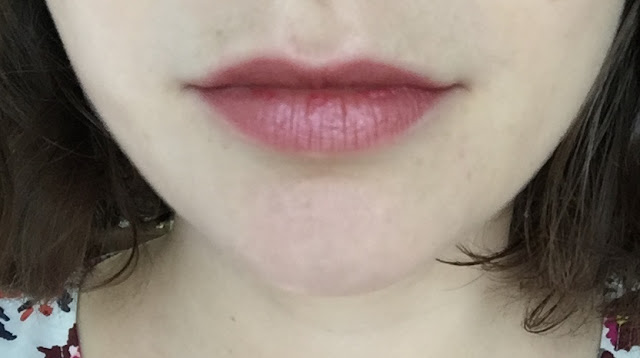 The satin formula goes on smoothly and feels lightweight, but it dries down to a slightly gummy finish. The stickiness helps Rikugien last longer than your average MLBB, but I hate anything sticky on my mouth (hence my distaste for most glosses), and I find Rikugien to be a bit drying as well. I also don't think it does much for my face. Granted, I'm wearing minimal makeup here, and Rikugien is the sort of lipstick that begs for a smoky eye or a bold blush. Maybe next time. 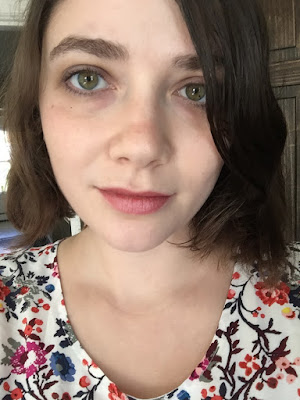 I prefer my neutral lipsticks cooler and less shiny, but Rikugien is a good lip color to keep in my purse in case I have to abandon my clown lips at a moment's notice. I certainly won't be dashing out to buy a full-sized Rikugien, though.

I was much more excited to test Cruella: it's rare that I meet a dark red I don't like. But Cruella surprised me in a couple of ways, first by its slight sheerness, which is most apparent when I swatch it next to other mattes in the same color family. L-R: MAC Eugenie (LE), NYX Alabama, Cruella, NARS Mysterious Red. 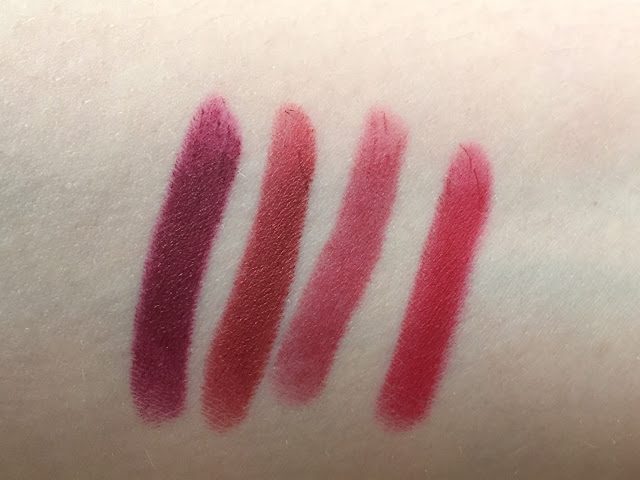 This is one swipe of each lipstick, and you can see immediately that Cruella is sheerer than Mysterious Red, another shade from the Velvet Matte line. Other than that, Cruella and Mysterious Red are similar colors, though Mysterious Red is brighter. And here's another surprise: Cruella looks a lot warmer on my lips than it does in pencil form or an arm swatch. I was expecting a plummy red similar to Eugenie, but Cruella becomes a matter-of-fact neutral red on me. I'm not convinced it suits me, either: it seems to dull my complexion slightly. Here it is today, with very little other makeup (Urban Decay Undone on my lashlines, Illamasqua Zygomatic on my cheeks): 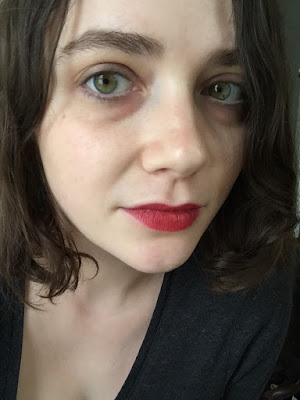 And on Thanksgiving, with a smoky eye, wet hair, and poor lighting (sorry): 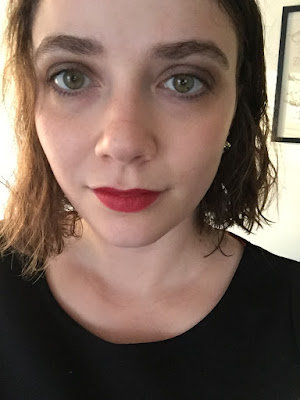 Because of its slight sheerness, Cruella goes on more smoothly and feels less drying than Mysterious Red, the only other Velvet Matte I've tried. But it also lacks Mysterious Red's lasting power: it didn't even try to stand up to my Thanksgiving dinner, and it doesn't withstand lighter eating either.

Just for fun, here are Cruella and Mysterious Red side by side on my lips. Cruella is noticeably darker, but not by as much as I anticipated.

Overall, I came away somewhat disappointed with both Rikugien and Cruella, but happy that I got to play with two new-to-me NARS lip colors at no extra cost. At least I don't actively dislike either one: in fact, I've worn Cruella three times in the last couple of weeks. And since I've been tempted by several shades in the Satin range over the years, it's good to know for sure that I don't like the formula—that will save me $26 I might otherwise have spent unwisely.

Did you pick up the Sephora gift this year? If so, what did you think of it?
Posted by auxiliary beauty at 12:56 PM