From the Archives: Maybelline Color Tattoo in Pomegranate Punk

Last summer, while working in the university archives, I wrote a post about some treasures I'd unearthed from the "archives" of my own makeup collection. In the spirit of my 2016 low-buy, I've decided to turn "From the Archives" into an ongoing, if not regular, series. Let's get better acquainted with a product I wrote about back in 2014 (yikes, those washed-out iPhone 5 photos): Maybelline Color Tattoo cream eyeshadow in Pomegranate Punk. Is there anything better than discovering an eyeshadow that forms a complete eye look on its own? Yes, in fact: discovering that eyeshadow in your very own stash, where it's languished, largely untouched, for more than two years. 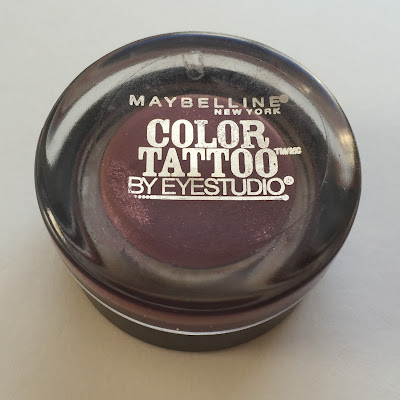 I often wonder how much thought goes into naming drugstore beauty products. My guess is almost none: Right, it's dark red. What else is dark red? Uh, pomegranates. Okay, let's go with "Pomegranate" something. What else begins with P? "Pretzel"? Damn, I'm hungry. How is it only 10:30? Focus, focus. "Punk," I guess. "Pomegranate Punk"? Yeah, good enough. But believe it or not, "punk" is actually a perfect name for an eyeshadow. Did you know that the word originally meant "whore"? 17th-century literature is littered with references to London "punks" who frequent taverns and playhouses, and whores were often associated with "painting," or cosmetics: The Rebellion, a tragedy from 1640, mentions "the whoremaster tied to a painted punk." And there's something rather 17th-century about Pomegranate Punk's little glass pot and its gold-flecked bordeaux color: 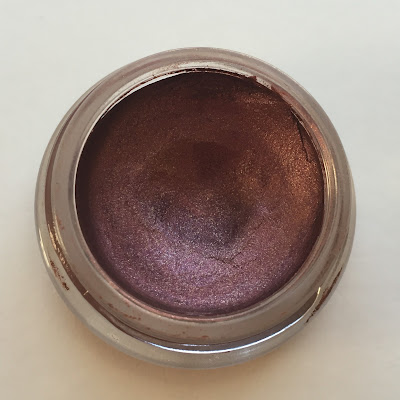 This Restoration noblewoman is wearing very similar shades on her lips and cheeks, as well as in her clothes:


Yeah, all this is a stretch. But it's less of a stretch than associating a burgundy eyeshadow with the Sex Pistols or whatever.

Arm swatches--one pass, then blended out: 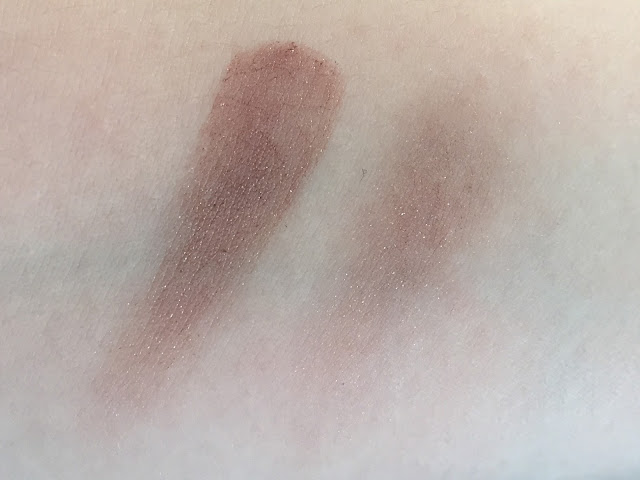 As you can see, this eyeshadow doesn't deliver ColourPop-level single-swatch opacity (keep in mind, though, that it's over two years old). Whether this is a good or a bad thing depends on your personal taste. As I've said before, I prefer an eyeshadow that can be built up to opacity—and no, that's not the same thing as a streaky, patchy, or poorly pigmented eyeshadow.

I bought Pomegranate Punk at the end of 2013, but only recently—like, in the last few weeks—figured out how best to use it: as a one-and-done color, blended out for a rose-gold effect or built up to emphasize the burgundy base. Here it is worn more sheerly, with some brown smudged into my lashlines to counteract the rabbit-eye effect of reddish shadow. Blush is Sleek Flushed; lipstick is Milani Matte Naked, my favorite (well, only) matte nude. 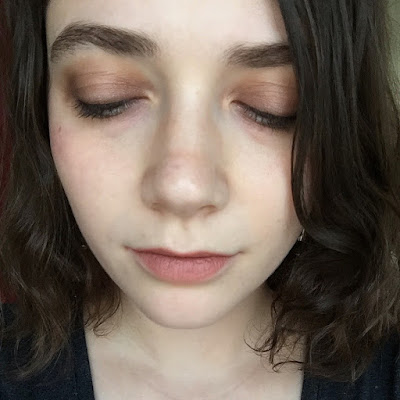 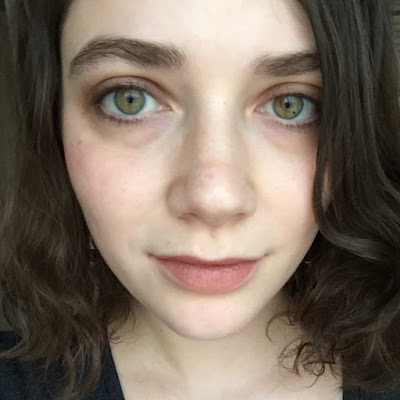 Today I wore Pomegranate Punk layered more heavily, with no brown on the lashlines. Blush is Flushed again; lipstick is Revlon Matte Balm in Fierce (review coming soon!). I took this photo with the back-facing camera on my phone instead of the front-facing camera, and it came out clearer and more color-accurate (the front-facing camera always pulls my complexion warmer, for some reason). As you can see, the sparkles are very apparent. There's some fallout, but the cream base does a pretty good job of holding the glitter in place, as well as staying put on my lids. I've worn Pomegranate Punk through a workout and seen only negligible fading. 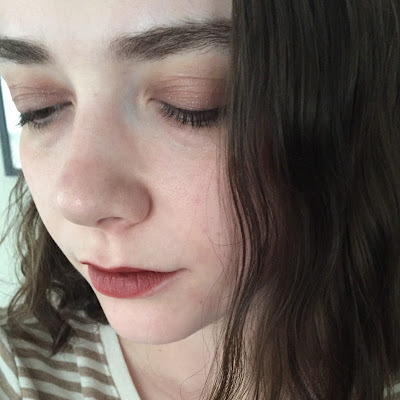 Have you made any discoveries in your makeup archives recently?

P.S. It turns out that my low-buy progress report for January was premature, because I bought one more nail polish yesterday: Urban Outfitters 11:59, a white, fuchsia, and gold glitter topcoat. I'd been eyeing it since November, and yesterday I noticed that it had been marked down from $5 to $.99 and there was only one left on the shelf. I mean, come on. It would have been rude to leave it there. 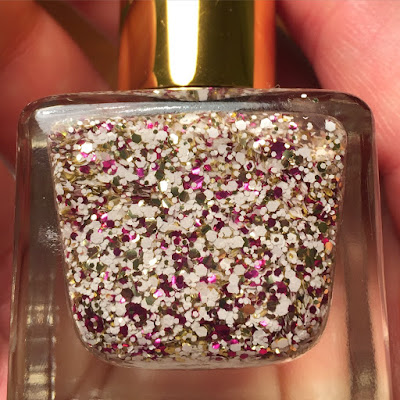 The name suggests that it's meant to be a New Year's Eve sort of thing, but I think 11:59 would be a nice spring glitter if layered over a pastel creme, or a year-round glitter atop a neutral base (black, gray, beige, whatever). Maybe I'll even get around to reviewing this one, despite my odd aversion to writing blog posts about nail polish—because, really, what is there to say? I guess it's my job to figure that out.
Posted by auxiliary beauty at 7:27 PM