To keep myself accountable to my 2016 low-buy, I've decided to do a progress report on my blog at the end of each month, recording how much I've spent on beauty, my reasons for buying each product, and whether certain moods, events, k-pop videos, etc. have affected my spending. I know January isn't over yet, but I don't plan to buy any more beauty products in the next four days, so let's round up my purchases for the month! For the price of each item, I've rounded the total to the nearest whole number but haven't included sales tax. If I order anything online in the coming months, I'll include shipping costs in the total. By the way, I also keep track of my beauty purchases on a dedicated Pinterest board, if you'd like to indulge in financial schadenfreude over there. 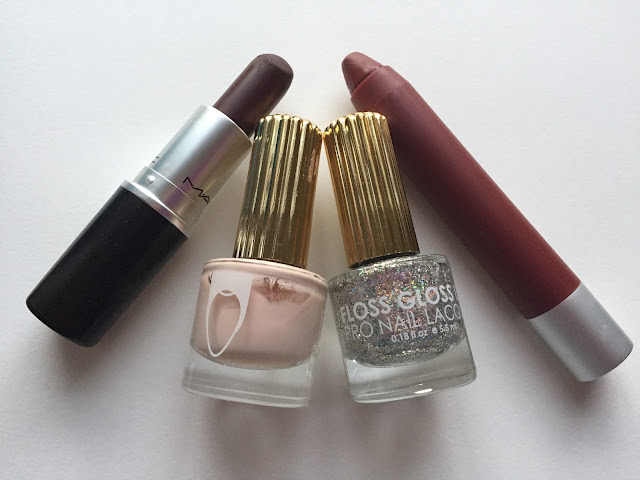 So, yeah, I went $4 over budget and bought four new products instead of two. I still think that's decent for my first month after a no-buy, but I plan to be more frugal next month. Antique Velvet was a lemming of six months' standing; the other products were closer to impulse purchases. I bought Floss Gloss Dinge, a dusty pink nude, and Dimepiece, a silver holographic glitter topcoat, at Little Paper Planes in San Francisco. I was flying straight from SF to Austin for the MLA convention and had brought Zoya Normani from home to be my "interview polish," but paranoia set in at the last minute: what if a mauvey taupe color was just too edgy for an academic search committee? Dinge was my solution to this irrational worry. Dimepiece, on the other hand, was my consolation for not having bought Smith & Cult Vegas Post Apocalyptic. Throughout my no-buy, I'd told myself that Vegas Post Apocalyptic would be one of my first purchases of January; when it came down to it, though, I couldn't bring myself to drop $18 on a glitter topcoat, no matter how beautiful the bottle or how impeccable the branding. Dimepiece was less than half the price, and the small size of the bottle meant that I actually had a chance of finishing it before it went all gooey. Look how much of Dinge I've managed to use already! 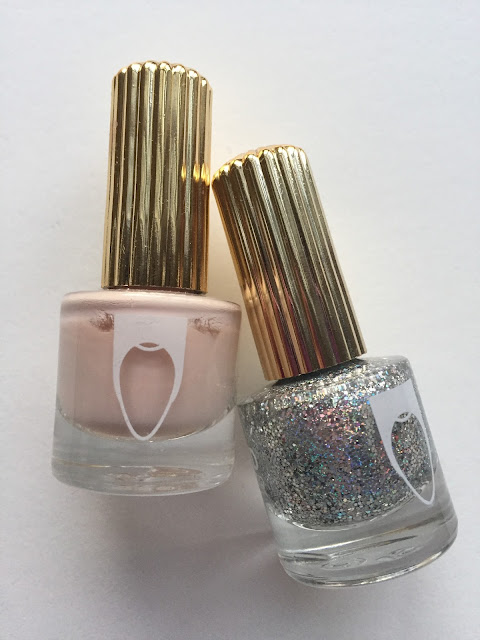 As for Fierce, I'd been half-looking for a medium brown lipstick for a while. When I heard that Revlon had released a reddish brown shade in its Matte Balm formula, I couldn't resist. I did wait a couple of days before buying it, though, to make sure I really wanted it. And now that I own both Fierce and Antique Velvet, I'm declaring a moratorium on brown lip colors for the rest of the year. I have more than enough! 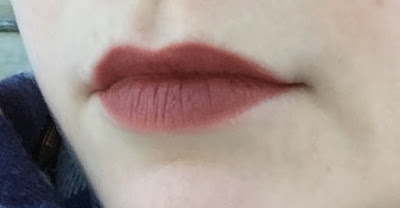 
I forgot to make a budget for beauty tools in my resolutions post, because I don't buy them often or compulsively. Should I count them in my $40 per month for new items? I don't know. Anyway, you know how everyone tells you that once you use a glass nail file, you'll never go back? It's true. And look how adorable! The store in San Francisco where I bought this had a bunch of ombré colors, but I can never resist fuchsia.

None. I do need a new mascara (I can't remember when I bought my current one, which is a bad sign), but when I went to replace it earlier this month, I made a horrible discovery: CoverGirl has discontinued my beloved LashBlast Length! I'm now on the lookout for a new drugstore mascara; any suggestions for something that gives subtle length without crazy spidery fullness?

I'm proud of myself for not going too far over $40 for new makeup, because January was an especially difficult month. I don't usually talk about my professional life on this blog, but let's just say that the academic job market is pretty brutal and I didn't get any of the tenure-track jobs I applied for. I knew I'd probably have to go on the job market more than once (almost everyone does), but expecting a bad outcome doesn't make it hurt any less. Combine this with the depression that often sets in during this gray, slushy time of year, and you get an emotional state that has prompted bad purchasing decisions in the past. Now that I'm conscious of my weakness, though, it's a lot easier to manage. I've been distracting myself by cooking new vegan dishes (last night I made gnocchi with a tasty cashew-based creamy sauce), attending "dissertation boot camp," and experimenting with my Nude 'tude palette. Let's hope that I can maintain my frugality, or "frugality," in the months to come. Maybe it's a bad sign that I already know what I'm going to buy in February: ColourPop eyeshadow in Eye Candy and possibly Telepathy, and blush in Rain. But that's it! Probably!

I mentioned k-pop videos at the beginning of this post, so here's the song I've had on repeat for the past few days, GFriend's "Rough":


I can neither confirm nor deny that I teared up more than once while watching this video. Like I said, it's been a rough month. If you will.
Posted by auxiliary beauty at 6:32 PM