It occurs to me that I was a little unfair to the MakeupRehab subreddit in my resolutions post. Yes, there are a few things I dislike about that community. I don't think people should force themselves to finish or pan products they detest; all that means is that they neglect the products they do like and come to see makeup as a grim chore. Nor am I fond of the scolding, self-righteous tone of some MakeupRehab commenters, or the consumerism disguised as minimalism (obsessing over X aspect of makeup is no more virtuous than obsessing over Y aspect of makeup). But let me be clear: I'm still glad that MakeupRehab exists. It's a refreshing alternative to the YOLO BUY ALL THE THINGS mentality that exists elsewhere in the beauty blogosphere.

For that matter, I'm not opposed on principle to Project Pans and the like, though I do raise an eyebrow at some people's reasons for using up products. If something is unflattering or flawed and there's no way to make it look better or perform more effectively, is it really worth finishing? I mean, maybe it is! If you get satisfaction out of panning a disappointing product, more power to you. But because I don't see the logic in that, a panning project motivated by guilt over sunk cost wouldn't work for me—I'd give up in disgust within a few days. What does make sense to me is a panning project based on finding the hidden potential of a product or using it up before it goes bad. Hence my MakeupRehab-inspired Pan That Palette project for 2016! My victim: theBalm's Nude 'tude palette, reviewed here and here. 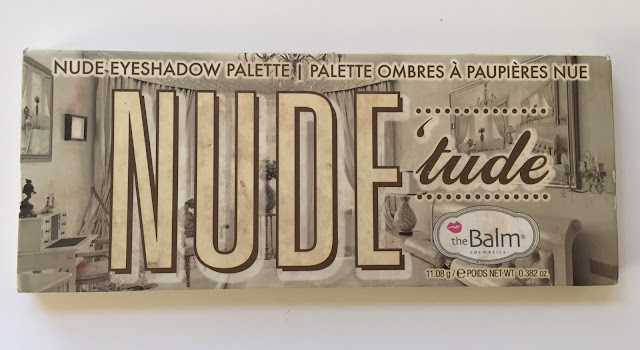 I bought Nude 'tude in August 2012; it was my first eyeshadow palette and my first venture into wearing more than one color of eyeshadow at a time. The palette taught me which neutral colors I liked (taupes and cool-toned browns) and which were of no use to me (matte warm browns, frosty highlights). With these preferences in mind, I began to expand my collection. A few of the shades I bought were meant to be improvements on specific Nude 'tude shades: Maybelline Bad to the Bronze, for instance, was a cooler-toned alternative to theBalm Seductive. But as my stash of eyeshadows grew, I started neglecting Nude 'tude, even the colors I'd previously loved. I came to view Nude 'tude as my "starter palette" and rarely experimented with the color combinations it could provide. After a while, I stopped noticing it on my shelf, though its meek beige packaging may have had something to do with that. Another reason was that after years of use and abuse, it looked like this inside: 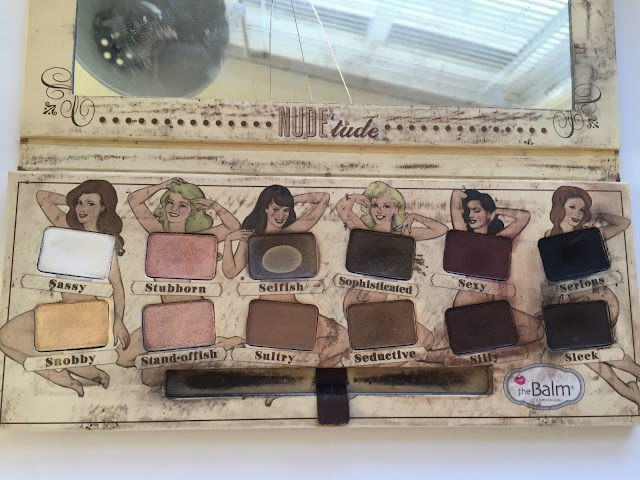 Better pictures of the current state of each shade: 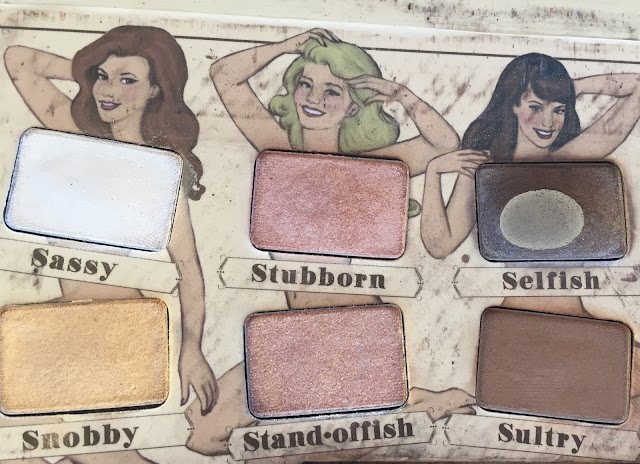 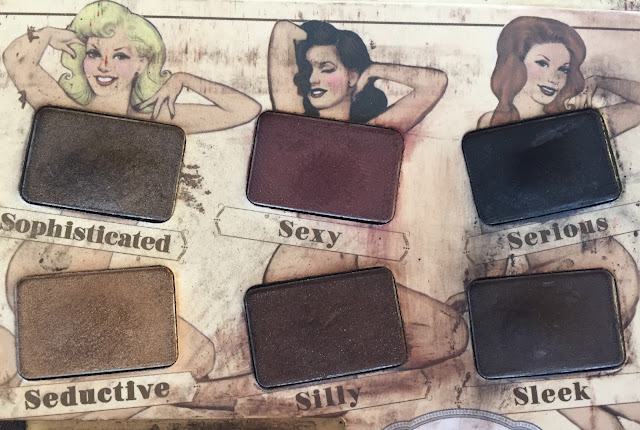 Recently, though, I've been wanting to give Nude 'tude some more attention. It's three and a half years old now, and while the shadows still look and feel normal, I'm not sure how many more years of normalcy I can expect from them. I'm also in a back-to-basics mood these days: my eyeshadow technique could stand some improvement, and the more I practice, the more problems I run into, most of them having to do with my weird eyelids:

For instance: I don't think I have hooded eyes, because a good deal of mobile lid is visible when my eyes are open; but then why are my creases so deep, and why does any color I put in them end up on my browbone? How do I prevent powder eyeshadow from collecting in my extra eyelid folds? Are the bits of the folds that extend out from my eyes always going to fuck up my blending-out attempts? (I don't think I'll ever be able to achieve those perfectly crisp, perfectly rounded halo eyes you see on Instagram.) And how am I still asking these questions after more than three years of eyeshadow practice? I don't know, but I hope this most basic of eyeshadow palettes can help me out of my difficulties. I can't get a huge number of looks from the palette alone, but now that my eyeshadow collection is larger, I have plenty of mix-and-match possibilities.

In order to make the shadows more visually appealing (not to mention safer: I don't want broken glass near anything I put on my eyes), I ordered a medium Z Palette from Amazon and embarked on my first depotting project! It was ridiculously easy: I just used a metal nail file to wiggle each pan free from the cardboard packaging. The shadows look a lot more appealing in their new, clean setting. Too bad I was a dumbass and bought the medium Z Palette instead of the small one—I have so much extra room! 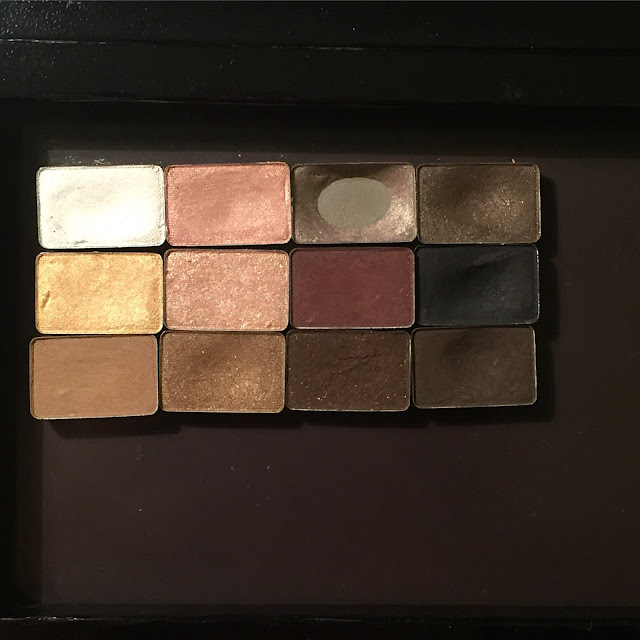 I've never actively tried to pan eyeshadow before, so I don't know what kind of timeline to lay out here. But seeing that these shadows are quite small (though deeper than you'd think) and I'm just a few microns away from hitting pan on three of them, let's say that in the next six months, I want to do the following: 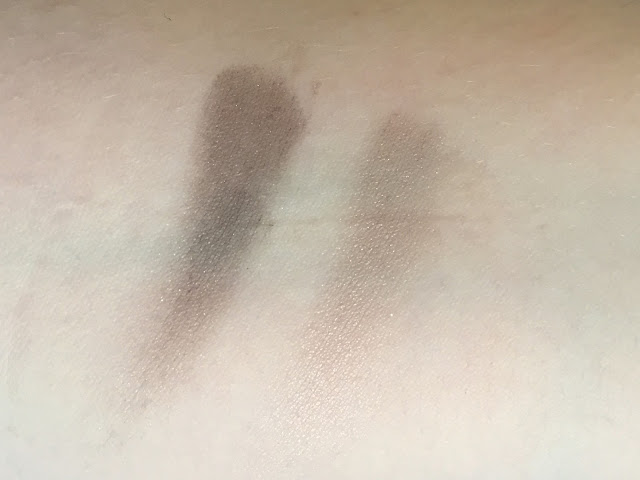 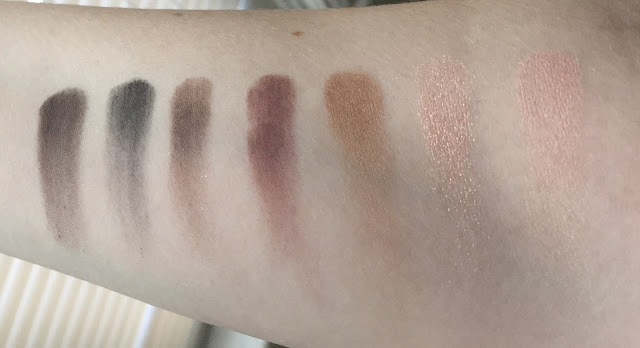 IGNORE (OR WHATEVER): Sassy, Snobby, Sultry. 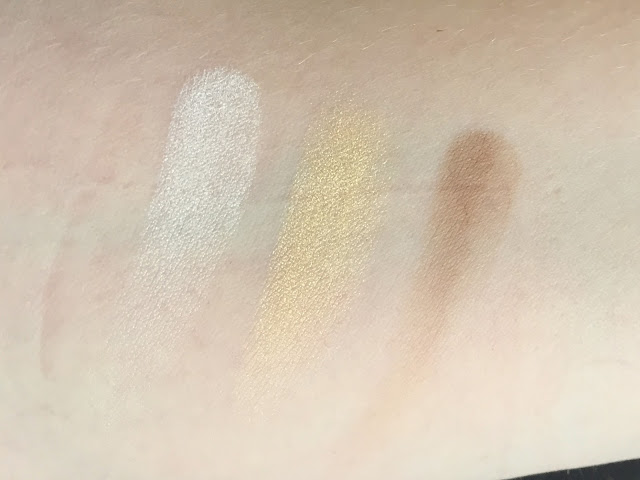 Yeah, these three colors are lost causes. Sultry is the worst possible brown for my coloring, Snobby isn't much better, and I don't know what to do with an opaque frosty white. Use it as a highlighter, maybe? If I can make a visible dent in any of these, I'll count it a victory.

Finally, a couple of looks I've put together in the last few days. Here's Stubborn all over the lid, Sexy in the crease (not that you can see it), and Sleek on the upper and lower lashlines:

My lips were especially dry that day, so I wore a lip gloss for the first time in ages: Revlon Embellished, a sheer, sparkly berry. GDI why do I have wet hair in so many of my selfies. 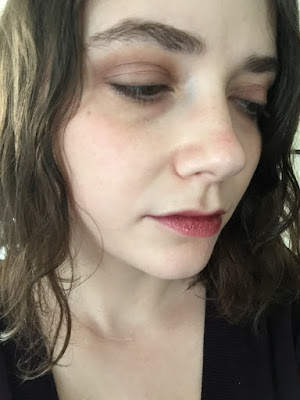 I'm very interested in pink eyeshadow these days, thanks to Christine's recent Instagram FOTDs featuring Suqqu's Akanezora quad. Stubborn is a nice neutral-warm pink, but I'm on the lookout for a pale cool pink with a slight shimmer. Any ideas? Urban Decay Heartless is the most promising candidate so far, and I'm also considering ColourPop Eye Candy for a more aggressively sparkly option.

And today's look: Seductive all over the lid and Sophisticated in the crease and outer v:

I still think Seductive is a bit too warm for my skintone, so I'll have to keep experimenting with color combinations. A purply plum like the right half of NARS Habanera might make the bronze look less stark against my coolish complexion. 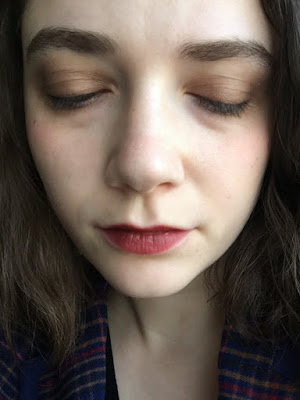 What do you think of Pan That Palette and similar projects? Are you trying to hit pan on anything currently?
Posted by auxiliary beauty at 8:01 PM