You know those products that never quite make it onto your wishlist but inspire a low-key lust for several months? So it is with me and NARS Hammamet, a limited-edition eyeshadow duo for Spring 2016. Hammamet, named after a Tunisian resort town, comprises a light matte peachy beige and the prettiest metallic rosy copper. 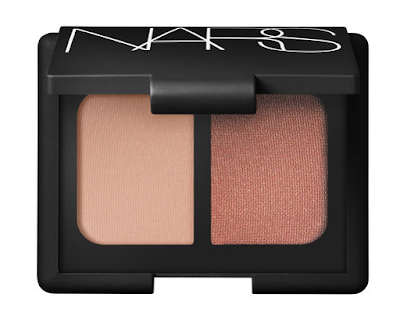 That's a product shot from the NARS website, but I also went to Bluemercury today and swatched Hammamet for the sake of journalistic integrity and nothing more. The two shades on the left are from Hammamet; as you can see, the matte beige looks warmer in person than it does in that product shot. On the right is the limited-edition lipstick in Rosecliff, whose namesake is a historic mansion in Newport, RI. (By the way, if you were looking for a dupe of Rosecliff, Topshop's Lip Bullet in Motel is almost identical.) 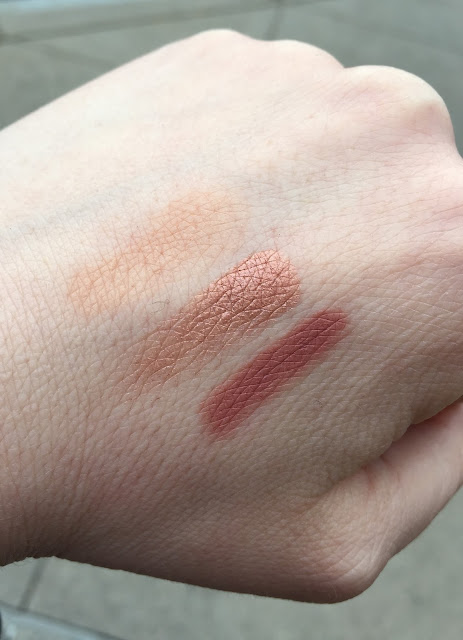 Now, I never seriously entertained the idea of buying Hammamet. NARS duos are $35 each, and for that price I need to be wild about both colors, not just one. The copper is absolutely stunning, but the beige is a bit too warm for my skintone, and I have two similar (but more flattering) matte beiges in my Naked 2 Basics palette. I don't have a dupe of the copper shade, but this morning I wondered if I could approximate its overall effect with more than one shadow. So I put together a Hammamet mockup using Stark (matte pink-beige) from Naked 2 Basics, Stubborn (frosty warmish pink) from theBalm Nude 'Tude, and a orange-copper shade from my theBalm custom palette. 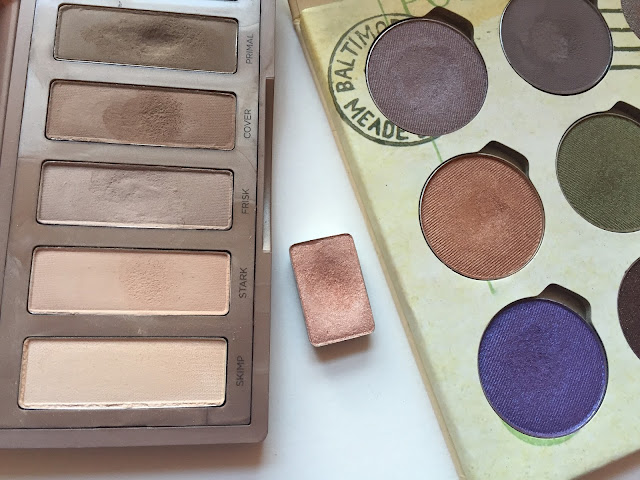 After priming, I applied Stubborn all over my lids, Stark in the crease to blend, and the anonymous copper on the outer halves of my lids and on my lower lashlines. Here's how it turned out:

Not bad! My sense is that the real Hammamet might look a bit darker on the lids, but this combo is certainly close enough. I also wore Sleek Life's a Peach blush, ColourPop Lunch Money highlighter, and NARS Dolce Vita sheer lipstick. Next time I think I'll use a bolder lipstick with this eye look. Come to think of it, Motel would be a good choice! 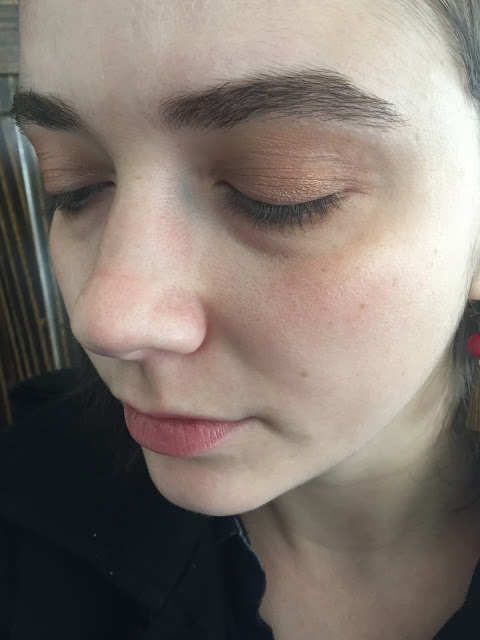 Edit, 3/2: Here's the same Hammimetic eye look with Sleek Flushed blush and Topshop Motel, a combination I like much better: 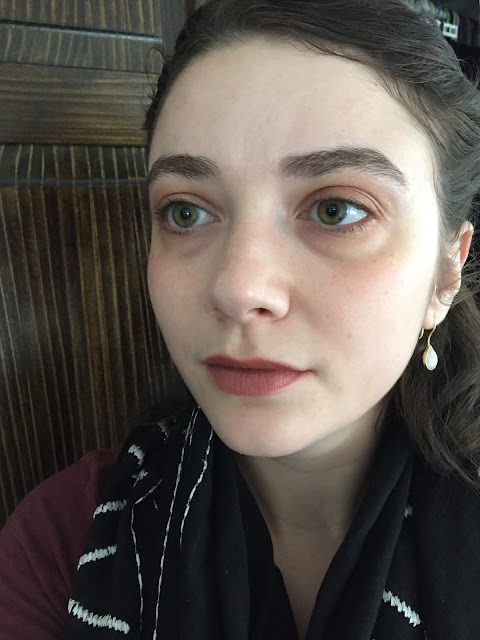 There's just one problem with this eyeshadow combo: the frosted finish emphasizes the deep folds in my eyelids. I could have written this Reddit post I came across a few weeks ago:

TESTICLE EYES. I am never forgetting that. If I had curious_umbrella's way with words, I might have a job by now. But seriously, what is the deal? Is it a consequence of aging (I'm only 28, jfc) or have I always had testicle eyes? I honestly can't remember, because I didn't start wearing eyeshadow regularly until a few years ago, when my lids were already creased like this. I doubt there's much I can do about it (no one had very good advice for curious_umbrella), but I just needed to rant. This is why I prefer lipstick to eye makeup and always will.

I made two more discoveries during today's visit to Bluemercury. The first discovery was in the spirit of my low-buy: I tried on NARS Roman Holiday and realized it wasn't for me. It didn't show up well on my pigmented lips, and it looked like a couple of cool pinks I already have, particularly Revlon Primrose. Yeah, it was pretty, but not $28 worth of pretty. It felt good to cross that one off my wishlist.

The second discovery, however, was a great threat to my low-buy. Bluemercury now carries Smith & Cult! I'd never seen anything from the brand in person, and was dazzled by the giant shade range and the heavy, luxurious-feeling bottles. Now that Floss Gloss Dimepiece has quashed my lemming for Vegas Post Apocalyptic, I'm tempted by the four pinks and corals in the upper right: City of Compton, Plastic Beach, Suburban Warrior, and Psycho Candy. Any Smith & Cult recommendations for a newbie? 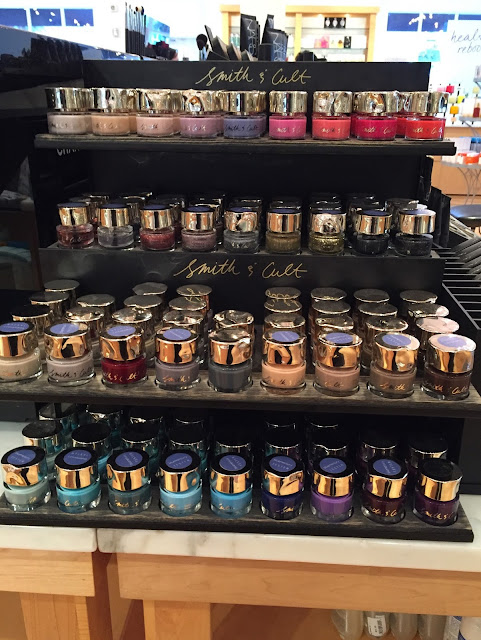 I mean, damn.
Posted by auxiliary beauty at 9:23 PM