The title of this post is misleading, since I took a break from my low-buy during my month in England (I'm writing this on my last evening here). I'll just say it: I bought 11 12 new pieces of makeup and nail polish in June. This is going to be a haul post. Which is okay! I planned for this hiatus, I could afford it, I'm happy with what I bought, and I'm eager to get home and start experimenting. I'm also going on a replacement-only no-buy for the month of July, just to give myself some time to enjoy my new stuff. In August, I'll resume my low-buy regimen.

As I'm sure you've heard, the pound has taken quite a hit in the last week. I bought seven of my new products pre-Brexit but am using the current exchange rate ($1.33 to £1) for the conversions in this post, so my total in dollars will be a little lower than what I actually paid. 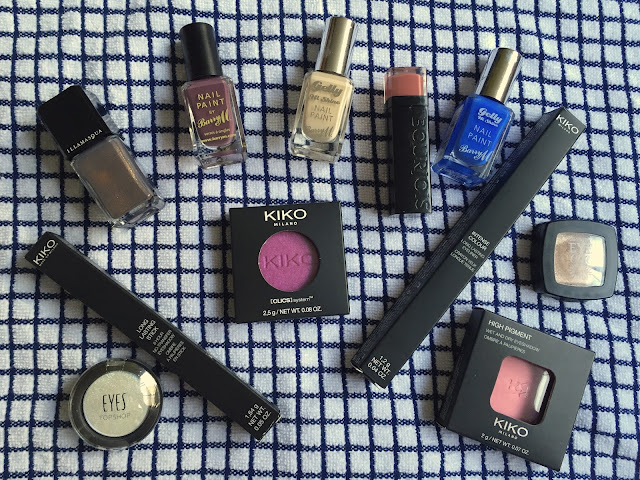 
Wait, that photo doesn't quite convey the duochromey glory of Holograph... 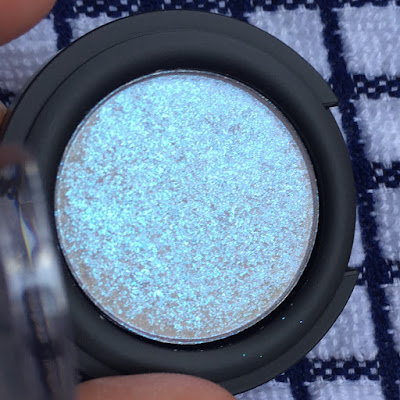 
Magenta, you guys! The internet tells me it's not quite opaque, but I doubt I'd want to coat my entire lid in opaque magenta glitter anyway. 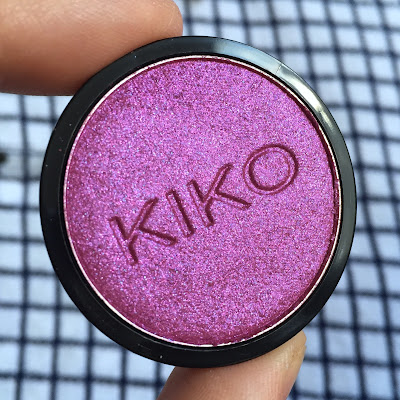 Oh wait, I almost forgot the best beauty purchase of all. "Lip Saviours" from the Canterbury Cathedral shop: something like £4.50. 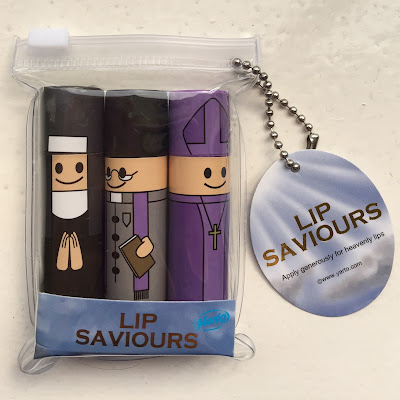 Much as I admire Canterbury Cathedral's willingness to have a bit of fun at its own expense, I have to wonder: what's with the nun? Couldn't they have found an Anglican lip-balm trio? I mean this is a bit high-church even for Archbishop Laud. 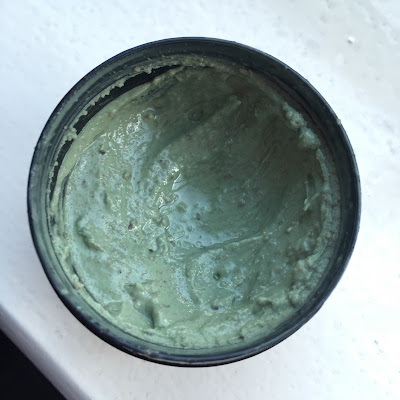 No, I don't plan to buy anything in the next month, but there are a couple of products on my radar. I've been wanting a peachy highlighter, and since I've had good luck with ColourPop Lunch Money and Monster, I've been thinking of picking up Teasecake as well: 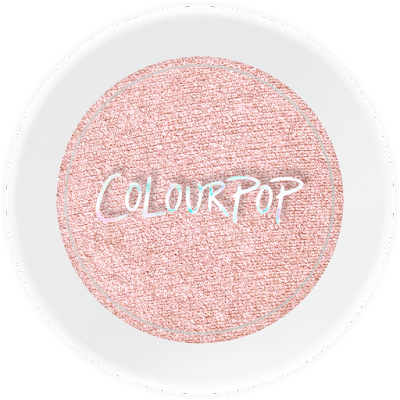 Until today, I also wanted to buy Urban Decay Vice Lipstick in Alpha. This was stubborn self-delusion: I have a long and well-documented love-hate relationship with raspberry-red lipsticks. They look so retro-sassy in the tube, and they should flatter my pale, coolish, high-contrast coloring, but instead they pull out the olive tones in my skin and make me look slightly ill. I tried on Alpha today and it had that exact effect: 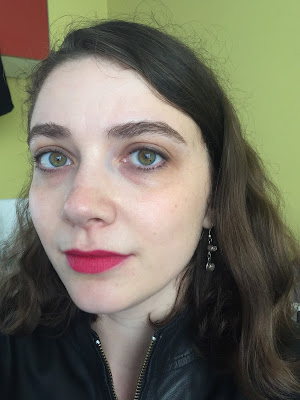 It's not terrible, and that sickly green wall may be as much to blame as Alpha, but there's just something off about the color against my complexion. The Mega Matte formula felt nice for the hour or two that I wore it, but it had trouble covering a couple of dry patches on my lips (not that you can see them in this photo). I'm sure I'll develop another lemming in the Vice collection before long, but for now I'm kind of relieved that Alpha didn't work out. And that's it for my wishlist, I think!

Edit: I just discovered that my favorite YouTube personality, Kimberly Clark, has explained better than I could why she's not going to buy the Vice lipsticks (at 2:50). I agree that the appeal of this line lies in its largeness and newness, not in its uniqueness. And she's right that I have dupes of Alpha! How did she know? Revlon Cherries in the Snow and Bite Radish are almost identical in color to Alpha, and I almost never wear them, so what made me think I'd wear Alpha so often? Thank you, Kimberly Clark.

Overview: I have to go to bed soon in order to wake up early for my flight tomorrow, but let me type up a few quick notes. Illamasqua Facet was the only purchase that wasn't more or less impulsive, but a few others fit into color categories I'd had in mind for a while: a cool pink eyeshadow (Kiko Satin Bright Rose), a duochrome eyeshadow similar to NARS Cassiopeia (Topshop Holograph), a Bite-Cava-esque gray-toned nude lipstick (Bourjois Rouge Trench), and a black pencil eyeliner. Yes, eyeliner. After seven months of ignoring Urban Decay Demolition, the cool dark brown liner I bought back in November, I found myself using it over and over while in England. I was finally forced to acknowledge that eyeliner, even smudgy eyeliner, wears so much better than eyeshadow smudged along the lashline. I determined to get a black one, and the Kiko version seemed smudgeable yet long-wearing, so here we are. All the other products were sweet, sweet impulse buys. I'm not proud of spending almost $100, but I am proud that I came away with just one lipstick.

Since I have yet to use Topshop Holograph or any of the Kiko products, I'm going to follow some advice I found on Makeup Rehab and open just one new eyeshadow per week in July, so as to extend that feeling of shiny newness across the entire no-buy month. I'm also planning to go vegan for two weeks this month and start working out again, so expect me to be thoroughly self-righteous by July 15! Get excited.
Posted by auxiliary beauty at 6:03 PM