It's that time again: time for eating candy corn and pumpkin spice Oreos, wearing dark lipstick and bronze nail polish, and applying for jobs and postdocs. In most industries, jobs come up year-round, but the process is very different in academia. In my field, English literature, universities advertise positions in mid-September, applications are due throughout the fall, and there's a hiring conference in January in a different city every year. Interviews are held in hotel rooms, which is exactly as weird as it sounds. If you 1) get interviews and 2) impress your interviewers (both tall orders in this difficult job market), you have campus visits in January and February, which means preparing a job talk and getting interviewed further by your prospective colleagues. Postdocs are equally (if not more) competitive, and each one generally requires its own set of materials. It's all very stressful and time-consuming, and it means that I can't promise regular blog posts for the next few months. I know better than to say anything definite, because I've been known to post during a self-declared hiatus or disappear for weeks after promising more frequent posts, but I thought I should give some sort of notice before starting my applications in earnest.

(Like interviews in hotel rooms, pumpkin spice Oreos are exactly as weird as they sound. Not bad-weird, exactly, but best in small quantities. I'm not sure how I'm going to get through this entire box, or semester.) 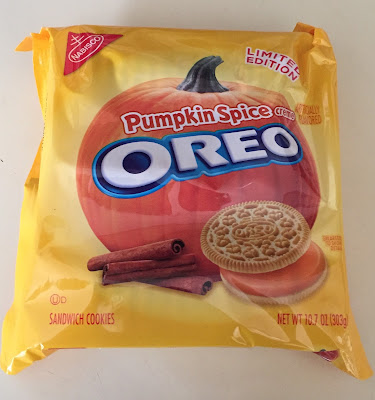 As those who follow me on Instagram will know, I spent a few days last week at an academic conference in Chicago. It was planned and executed as effectively as academic conferences usually are (in other words, it was a logistical nightmare), but I enjoyed the talks themselves, and I even managed a bit of sightseeing. Why did no one warn me how beautiful the University of Chicago is? 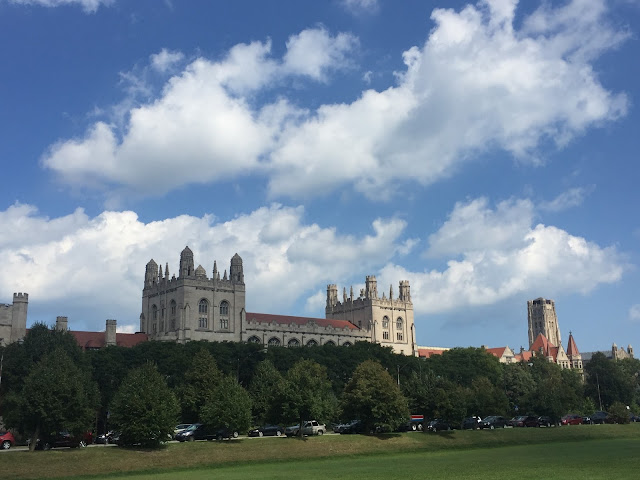 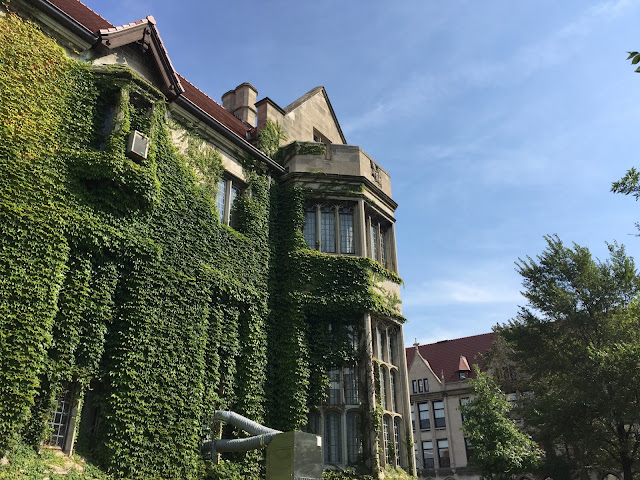 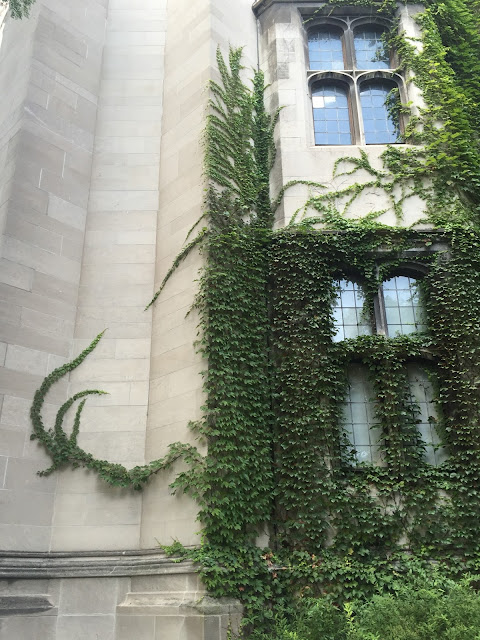 During our lunch break on Saturday, I visited the Oriental Institute, the university's museum of Middle Eastern archaeology. While working for my own university's manuscript library last summer, I archived a series of letters related to the founding of the Oriental Institute, so it was exciting to see the museum in person. Walking into a room dominated by a 16-foot-tall Assyrian man-bull hybrid was something of a sublime experience. The statue stood in the palace compound of King Sargon II in the city of Dur-Sharrukin (modern-day Khorsabad, Iraq), built between 717 and 707 BCE. 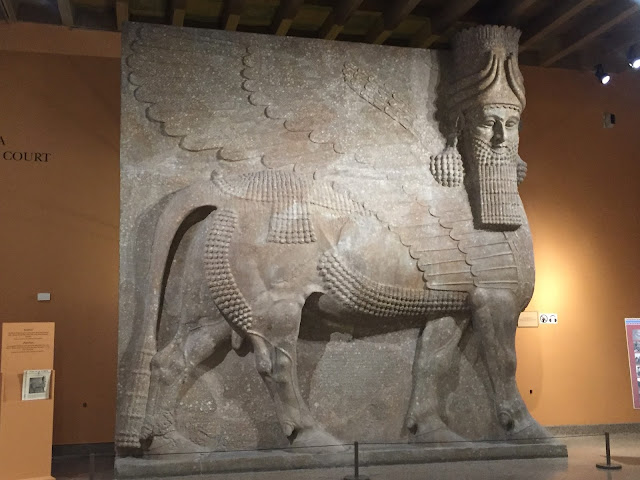 This collection of cosmetic containers from Egypt's Middle Kingdom (c. 2000-1000 BCE) was relevant to my interests. According to the plaque, the wooden container in the back row "has separate compartments for several colors of eye paint." 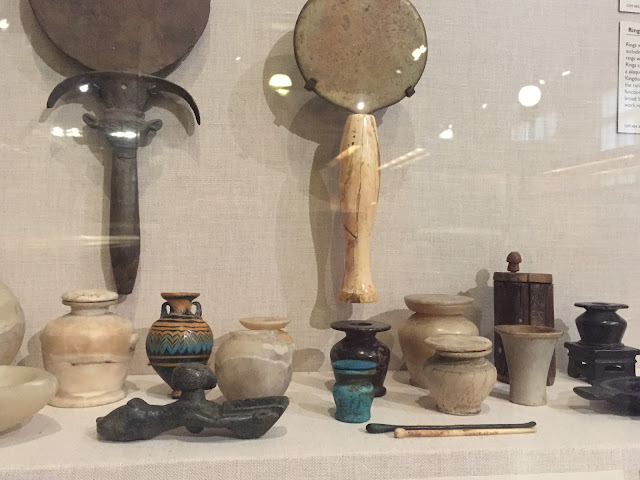 My makeup at the conference wasn't worth blogging about: it's hard to execute an artful look on a dried-out, jetlagged, sleep-deprived face under harsh hotel lighting, and I forgot my eyeshadow primer at home and tried to substitute concealer (protip: it doesn't work). But MAC Eugenie did get some wear: 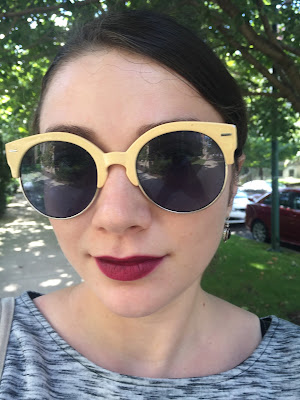 Before returning to the airport on Sunday, I took the subway into downtown Chicago (something I quickly learned about the city: everything is at least 45 minutes from wherever you currently are)... 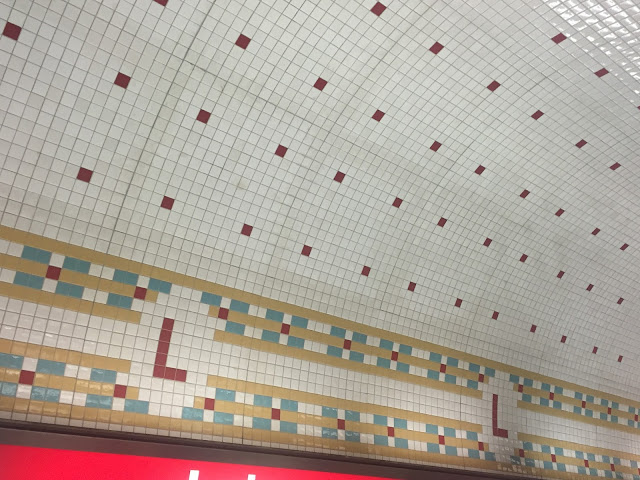 ...and visited the Richard H. Driehaus Museum, devoted to the decorative arts of the Gilded Age. The museum is housed in a restored mansion from 1883: 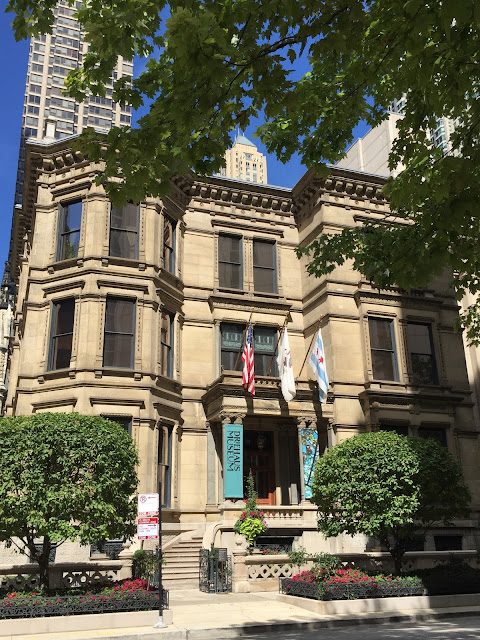 The museum is $20 for adults and $10 for students, which was nice for me. Less nice was that I had to pay an extra $5 for the guided tour, even though I literally couldn't escape the tour except by climbing to another floor. I don't know, man: if your museum is so small that everyone inside it can hear the tour guide, then maybe the tour should be free. Just a thought.

That aside, I'm glad I went, if only to see this ridiculous Tiffany lamp made from nautilus shells: 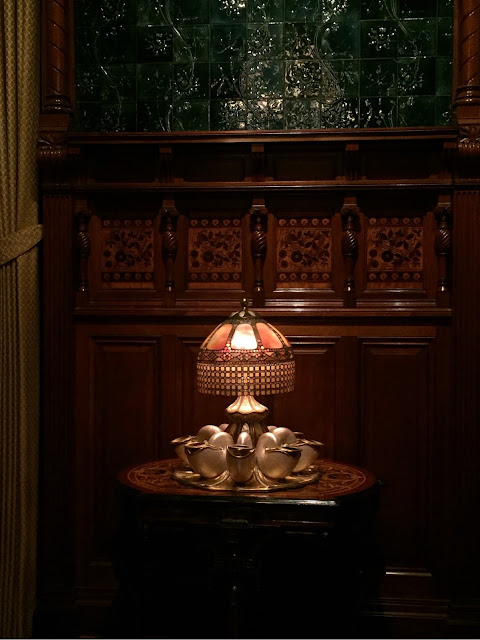 In true Gilded Age fashion, every square inch of the house was carved, gilded, inlaid, tiled, parqueted, embossed, or bejeweled: 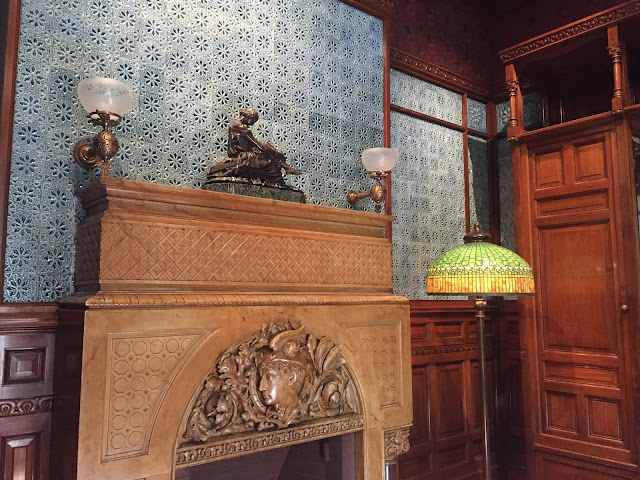 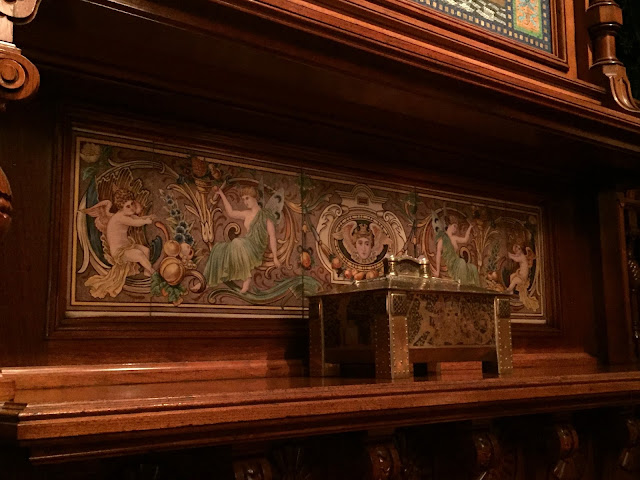 What really stood out to me was the bizarre melange of historical and cultural influences (19th-century Chicagoans had no concept of cultural appropriation). This medieval-inspired hanging lamp, engraved around the inner rim with a Bible verse in Gothic font, was one of my favorite pieces: 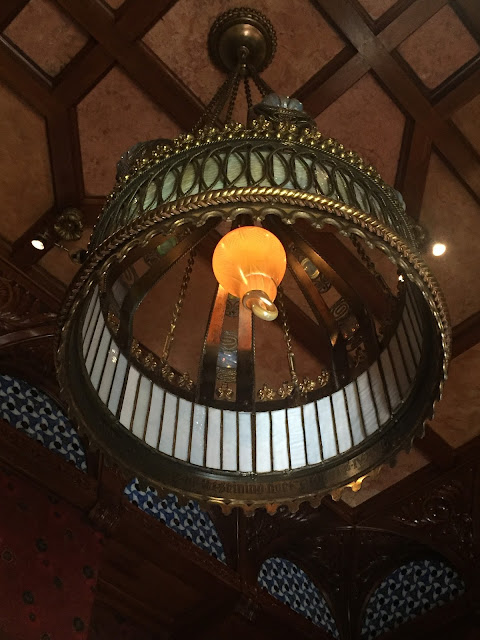 And then there were examples of pure Victorian decadence, like this immense skylight (the tour guide told us apologetically that it wasn't actually by Tiffany, but "in the Tiffany style"): 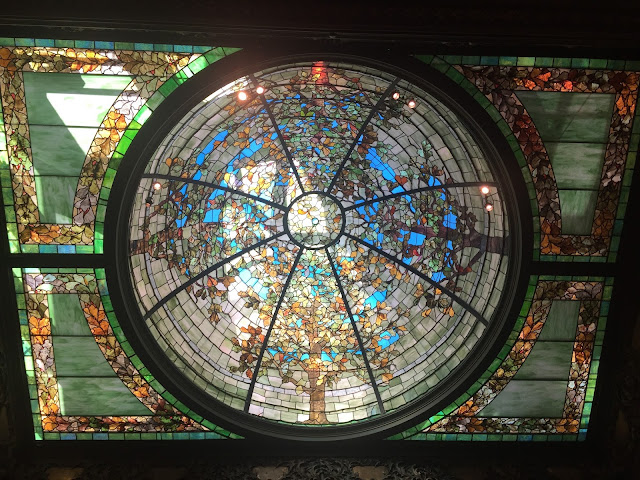 I left the Driehaus Museum simultaneously overwhelmed by beauty and convinced that I would have been a hardcore Communist or anarchist had I lived in the 19th century. Rich people, man.

O'Hare was an hour away on the subway, so I didn't have time to see anything else in the city that afternoon (I walked past a Sephora and didn't go in). Luckily I'd planned well and arrived at the airport two hours before my flight, which landed in Newark right on time at 9:30 pm. Then things got weird. I picked up my suitcase, took the little airport monorail to the train station, boarded New Jersey Transit around 10:30, and settled my bags around me—and we never left the station. 30 minutes passed, then an hour. The conductor told us that there was "police activity" in Elizabeth, the next stop on the route. After a few more updates along the lines of "there's only one restroom on this train," "I have no idea when we'll be allowed to move," and "if you have alternative ways of getting home, I suggest using those," I collected my luggage and got off the train. I live about an hour away from the airport, but paying more than I could really afford for a car seemed preferable to spending the night on the train. Luckily I found three other people who were heading my way; we shared the cost of an Uber, and I stumbled into my apartment at 12:45 am.

On the long drive home, I checked my phone and found confused reports of a "suspicious package" at the Elizabeth station. Two homemade bombs had gone off in the area that weekend, one in downtown Manhattan and one on the Jersey Shore, and I assumed that shutting down the Elizabeth station was a necessary but inconvenient precaution. The next morning, though, I read that the backpack found at Elizabeth had contained five pipe bombs probably planted by the same person, who has since been arrested. It was pure good luck that the guy had made some shitty, low-budget bombs that hadn't managed to kill anyone in any of the three locations. I don't want to exaggerate the danger I was in—listen, as a white person in this country, I'm doing fine—but I can't claim that episode wasn't unsettling.

And that's been my life since I last posted, more or less! Wish me luck with my second year on the job market; I'll need it. And tell me—or don't—that it would be silly to buy ColourPop's new burnt-orange liquid lipstick. I'm still $8 under this month's budget for new makeup, but if I get the lipstick I'll be tempted to order this highlighter too, and I don't want to return to last fall's pattern of stress-induced makeup buying. Hmm.

(Edited to add one final note: I've changed my blog email address to the more descriptive auxiliarybeautyblog [at] gmail. Full disclosure: I created the new email address largely so I could avoid paying the shipping cost on my next ColourPop order, but it will also be nice to have an email address that corresponds more closely with the actual name of my blog. Yes, "auxiliarybeauty" and "auxiliary.beauty" were both taken.)
Posted by auxiliary beauty at 3:26 PM