During my trip to LA in August, my chronic absent-mindedness struck again: I managed to lose my tube of NARS Dolce Vita, my trusty "purse lipstick." Despite my usual preference for bold matte or semi-matte lipsticks, I like having a sheer MLBB on me at all times, in case I don't have a chance to reapply MAC Antique Velvet after lunch or whatever. I waited a couple of months to see if Dolce Vita would turn up, but when it became clear that it was gone for good, I ran into another problem: I couldn't exactly afford to replace a $28 lipstick. Damn it.

I've discussed why I don't usually bother hunting for dupes, but this was one of the few situations in which it seemed justified. I didn't really care whether my new sheer MLBB was identical to Dolce Vita; I just wanted a flattering, comfortable neutral shade that I could apply in a few seconds. I recalled that Revlon, after discontinuing all of its lip butters, had released a few of the more popular lip butter shades in its Super Lustrous Sheer (formerly Shine) range. I knew I liked Revlon's sheer formula, and though the Pink Truffle lip butter had been a little too dark and warm for my complexion, I had a feeling that the Super Lustrous Sheer iteration would be, well, sheerer. AND I had a CVS coupon that allowed me to buy Pink Truffle for $4.25, or about 1/7 what I would have paid for a new tube of Dolce Vita. Score. 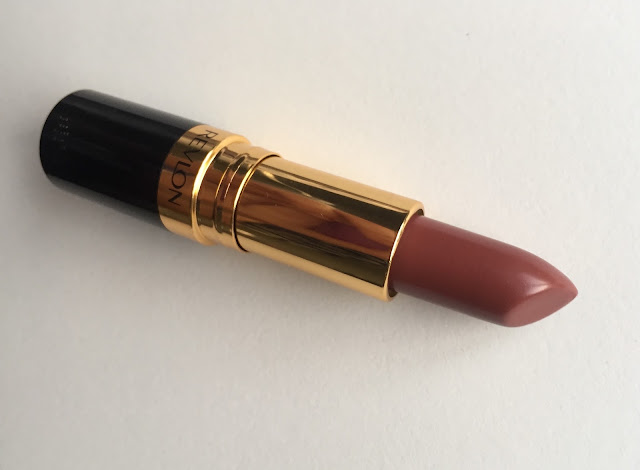 I still had the Pink Truffle lip butter hanging around my room, so I swatched it alongside the new Pink Truffle and was gratified to find that my suspicions had been correct. Am I good or what? The OG Pink Truffle (on the right in both photos below) is indeed darker, warmer, and closer to opaque, but the two are definitely in the same mauve-pink-brown family. 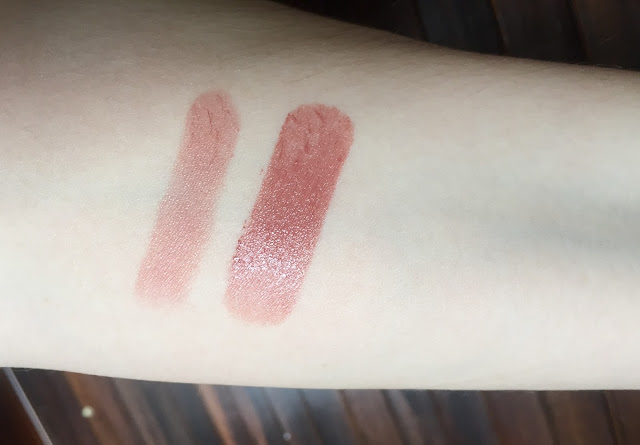 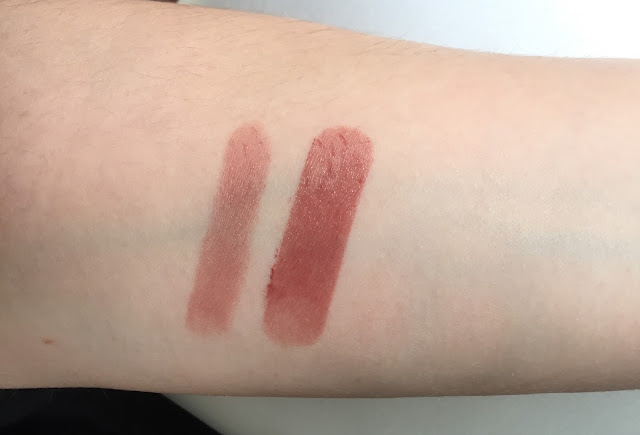 Above, bare lips; below, lips with the new Pink Truffle. It's astonishingly close to my natural lip color: 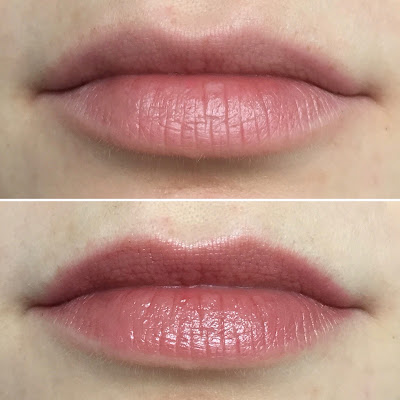 Here I am wearing it earlier this week, with theBalm eyeshadows in Sexy (matte burgundy) and Seductive (shimmery bronze); Urban Decay 24/7 eyeliner in Whiskey; and Sleek blush in Flushed. I desperately need a better camera, one that doesn't blur all my eye looks into muddy washes of medium brown. But if I can't afford a new tube of Dolce Vita, I certainly can't afford a new camera, so... 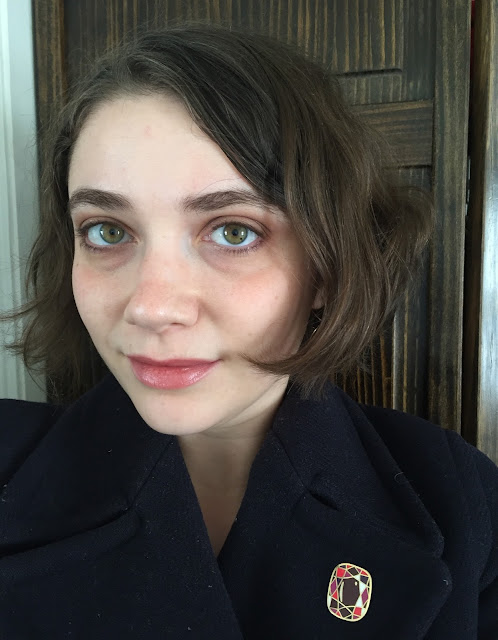 Pink Truffle performs exactly as you'd expect a lipstick of this color and opacity to perform: it lasts a couple of hours if I don't eat or drink, but a cup of coffee is enough to banish it entirely from my lips. It's quite shiny when first applied (slightly more shiny than Dolce Vita), but the shine fades within an hour or so. There's definitely a bit of slip to it, but it's not annoyingly slippery: it still has a good amount of hold. I find the Revlon Super Lustrous Sheer formula to be more lightweight than the NARS Sheer Lipstick formula, but almost as moisturizing. It's not a bad dupe at all, especially for the price (it's usually $8-ish).

The sticker on the bottom of the tube got damaged in my bag on the trip home from CVS (that's what I get for being environmentally conscious and declining to take a plastic bag), so I stuck a Glossier sticker over it...and the three-eyed smiley face didn't even cover the damaged part. Oh well, it looks cute. I feel a bit sheepish when people scoff at the Glossier stickers and complain that adults have no use for them, because I, uh, definitely do. 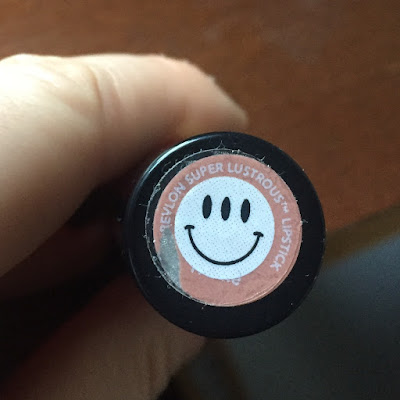 And that's all I have time for today. See you again after I submit a bunch of job applications that are due on Tuesday and turn 29 on Wednesday!
Posted by auxiliary beauty at 5:08 PM