Three-quarters of 2016 is gone, you guys! What happened? Well, at least one thing happened: I bought some makeup. And I spent the weekend on postdoc applications, so I didn't get around to this post until now. Here we go: 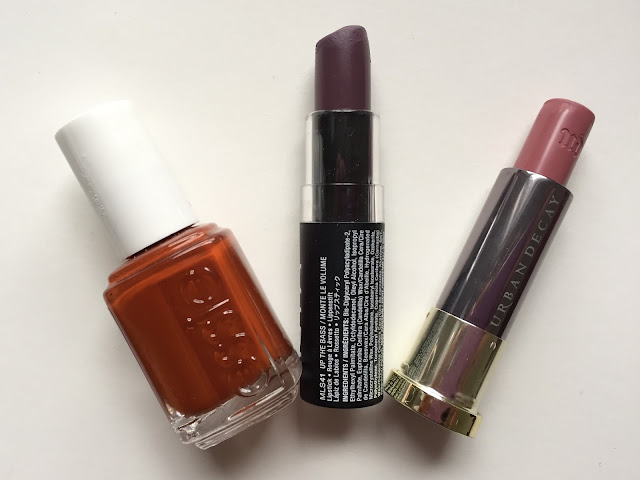 I bought all of these in the first few days of the month and worried that I might not be able to go the rest of September with no new makeup. But I held off, and I'm proud that I did, especially because this was such a stressful month and I was so tempted to impulse-buy stuff (more on that later). I confess that I did visit my local Rite-Aid more than once in search of the Wet n Wild fall collection; I would have bought the Plaid to the Bone trio had I found it, but the collection never materialized. I'm pretty happy with everything I did get this month, especially Backtalk. Up the Bass and Playing Koi are both a bit patchy, but the colors are pretty enough that I don't really mind. 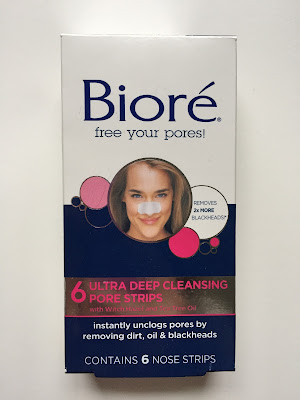 I've been obsessing all year over the pores on my nose and inner cheeks. I don't know if they're actually more visible than they used to be, but I'm certainly noticing them more, and I was excited to finally try the most hardcore of pore-clearing products. Unfortunately, these strips were a total fail for me. Either I'm really bad at following instructions, or I don't actually have much gunk in my pores, or these don't work worth a damn, or all three. First you have to wet your nose, but not the strip, and peel the plastic covering off the strip. Then you have to adhere it to your nose with dry hands. If your nose isn't wet enough the strip won't stick, but if it's too wet it also won't stick. I wasted four of the six strips because I couldn't get the wetness level exactly right. My nose is dry and prone to peeling, and the pore strips definitely exacerbated that problem. Oh, and they have a very strong tea-tree smell that reminds me of the eucalyptus grove next to my high school. I hated high school. 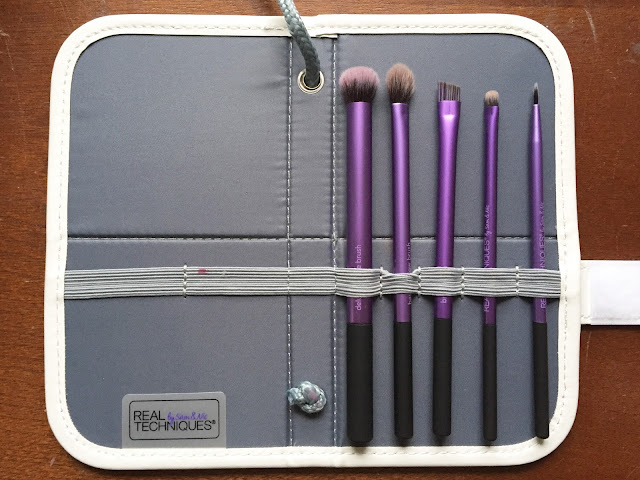 After a reader was like "girl how can you own only one eyeshadow brush," I resolved to step up my game and find some good affordable synthetic brushes. I kept seeing Real Techniques recommended, and though I know next to nothing about the YouTube-famous sisters behind the brand, I thought I'd give this starter set a try. A month later, the only brushes I find myself using regularly are the two on the left (a crease brush and a lid brush), but I really like both of them. The lid brush diffuses color really quickly and easily across the mobile lid. The crease brush is a little larger than I'd like, but still gets the job done. And if you're thinking "wow, those brushes look dingy," don't worry: I washed them the day after I took this photo. They wash and dry really nicely. 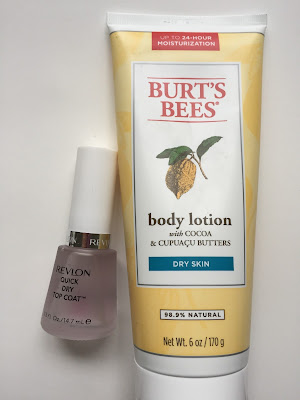 I hadn't used body lotion in a few months before buying this one. I like the texture—not too light, not too heavy, not too greasy—but the vanilla scent smells a bit cheap.

Overview: My low-buy didn't feel like a burden until the last week of September, when the application stress really hit. When I'm constantly working, I tell myself I don't have time for any hobbies beyond casual internet browsing. And guess what lends itself really well to casual internet browsing in between bouts of work? Looking up makeup swatches and reviews. There were a couple of days last week when I REALLY wanted to buy something new, no matter what. It was scary how strong this urge was, and how obviously it was connected to academic stress. In the end, what helped me was reflecting that I'd have to record the new purchase and the reason for it in this very entry. And because I'm a Slytherin and would rather record a victory than a defeat, I managed to stay strong.

Despite my forbearance last week, I still have a lot of things on my wishlist. In fact, I've already bought a NYX single eyeshadow and lip liner (for a total of $2.25: thank you, CVS coupons). I don't actually plan to buy all the things I list here, but I'll note them just for fun. 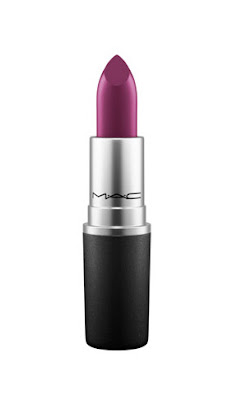 Because MAC sells its products in China, where animal testing is mandatory for imported beauty products, I generally avoid buying from the brand. But MAC's matte and satin lipstick formulas are kinder to my sensitive lips than most other formulas, and when I want a MAC lipstick that can't be replicated by an affordable cruelty-free brand, I do allow myself to buy it. This doesn't happen often, but it happened in January with Antique Velvet, and I'm afraid it's going to happen with Rebel. I've spent at least two years searching on and off for a suitable Rebel dupe, but I haven't been able to find that perfect semi-matte purply berry anywhere else.

I've been wanting to try ColourPop's pencil liners, and Fast Lane (dark teal) and Best O (brownish burgundy) would be unique in my collection, so I'll probably get those. Do I really need a new highlighter, though? I'd like to try a peachy one, but ColourPop Lunch Money goes with everything, and I have yet to hit pan on it despite using it at least twice a week for six months. As for the Super Shock Shadows, I'm reluctant to pay even $5 for a new eyeshadow that's going to dry up within a year.

I live in one of the most humid parts of the country, and I have fine hair that's also thick and wavy. The humidity index has climbed over 90% for the past three days (it hit 99% yesterday, which doesn't seem like it should be possible), and my hair has accordingly been looking like this: 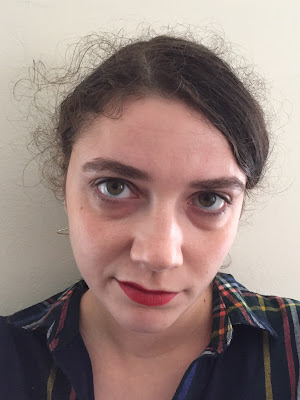 Help. (Yes, I'm aware that the huge dark circles under my eyes may be an even bigger problem, but there's no product that can tame those when I'm sleep-deprived. I'd rather focus on the frizz.)

The ones I'm eyeing are Secret Garden, a dark brown-green duochrome, and Desert Sands, a matte brownish mustard. Any other recommendations? Look how pretty Secret Garden is: 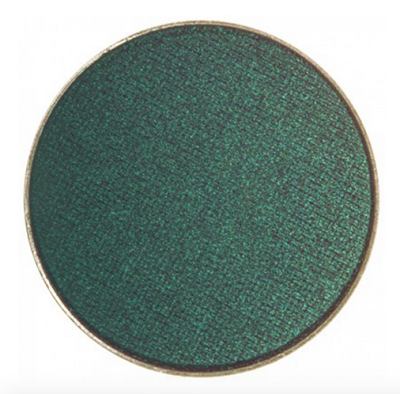 As I edge closer to 30, I also edge closer to opaque black lipstick. I own a dark teal-gray and a navy blue, and now I'm contemplating sheer black, which seems to be having a moment as both a standalone lip color and a top coat for other lipsticks. I've found four options, which I'll list in ascending order of price. It's been hard for me to find swatches or reviews of any of these, unfortunately.

This shimmer-free sheer black is by far the most affordable of the four I'm considering, but the older I get the less tolerant I become of cheap, ugly packaging like NYX's. And Ulta reviewer and fellow Bay Arean "jdizzle producshizzle" from "freakmont, CA" has me worried: "it was coo or waddeva. but it kept wearing off and it doesnt dry." 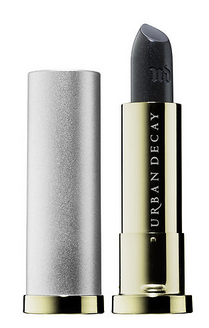 To celebrate its 20th birthday this year, Urban Decay brought back its original lipstick lineup: nine shades, most of them shimmery and cool-toned. Oil Slick seems just a bit more sheer than I'd like, and I wonder if the silver shimmer might read as frost. I'd be interested to see it in person.

This looks similar to the NYX: a shimmer-free sheer black in pencil form, though this pencil needs to be sharpened, which will surely get messy. Also, is it just me or does Ardency Inn need to cut all its product names in half? Is it "Punker" or "Semi-Goth" that describes the essence of this product? Choose one. I, a proud semi-goth, favor the latter. 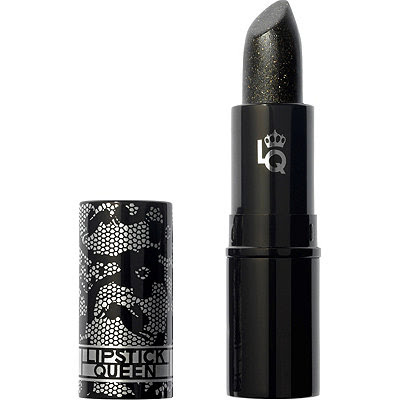 And those are my ramblings for this evening! I'm hoping to post a couple of reviews this week, though as always, we'll see.
Posted by auxiliary beauty at 9:36 PM