Hey! I promise that my blog still exists and that I'm still alive. Look, I even have a pin to prove it:


However, posts have been scarce this month for a few reasons:


I have a habit of announcing a blog hiatus only to write a post two days later, so I'm not going to do that now, but I think it's fair to say that posting may be slow over the next few months as I blunder toward a plan for this year slash the rest of my life. For now, I thought I'd share a little photo album of what I've been doing/seeing/buying/reading this month.

One of the nice things about living in the suburbs is that everyone competes to have a greener thumb than their neighbors: 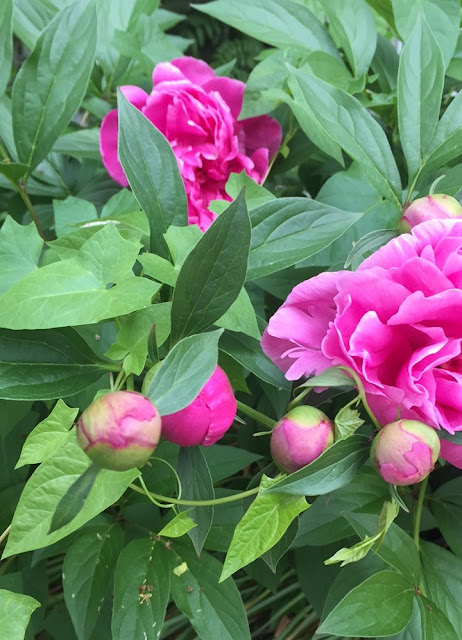 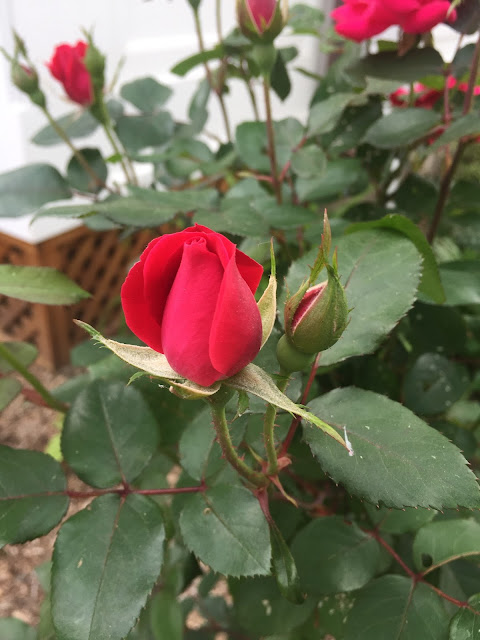 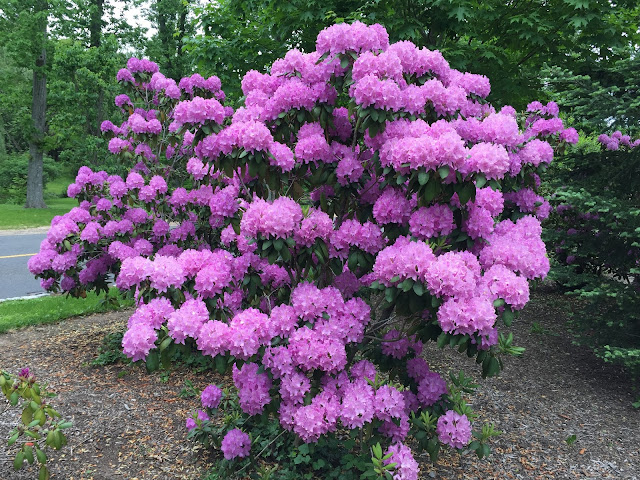 I've been getting back into embroidery, an on-and-off hobby of mine since second grade. I started by embroidering a Jenny Holzer truism that seemed apt for this particular political moment. I fucked up the spacing, but hey, Trump is fucking up our entire democracy; IT'S ART, OKAY. I'll add some flowers or something eventually. 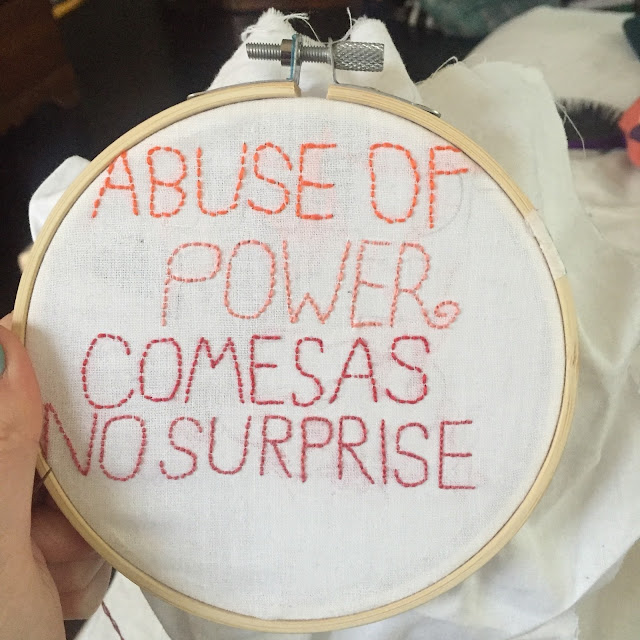 I just started Lara Elena Donnelly's novel Amberlough, and though I can't deliver a definitive verdict yet, I'm enjoying the hell out of it so far. I mean, what's not to like about queer speculative fiction full of political intrigue and cabaret? It reminds me of a less prolix Mieville novel. And since my main complaint about Mieville is that he uses 30 words when he could use five, that's a very good thing.

I went to Philadelphia last week to visit one of my grad-school friends before she moves back to the UK at the end of the month. I love the old houses along Baltimore Avenue in West Philly; they're an interesting mix of heavy Northeastern materials and quasi-Southern design. And those colors! 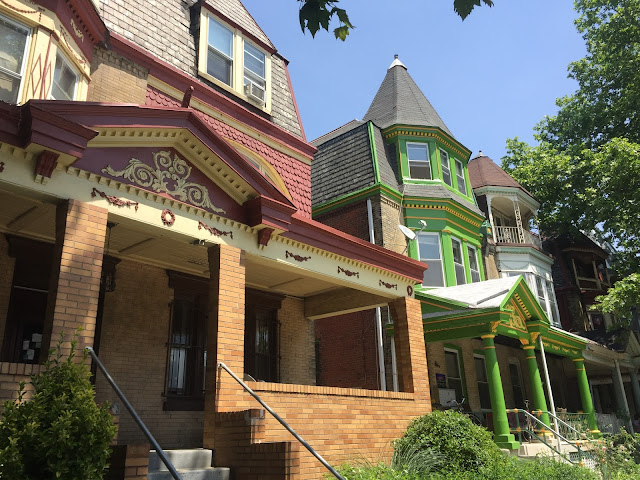 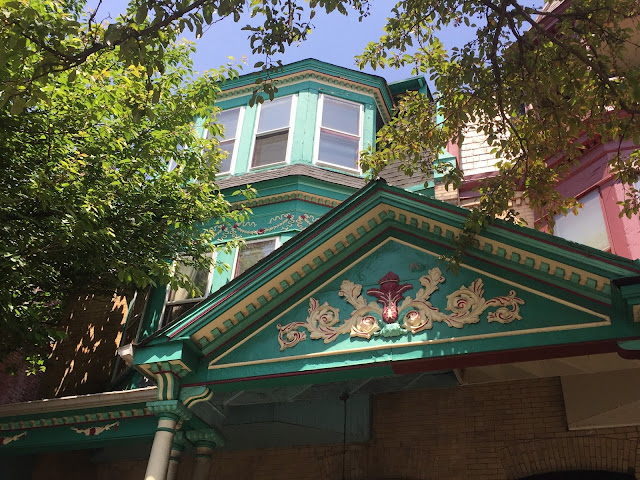 I escaped the 95-degree heat with a visit to the Museum of Archaeology and Anthropology at the University of Pennsylvania. They had a exhibit on magic in the ancient world, featuring all sorts of amulets and talismans, like this statuette of a soldier with a Medusa-head shield: 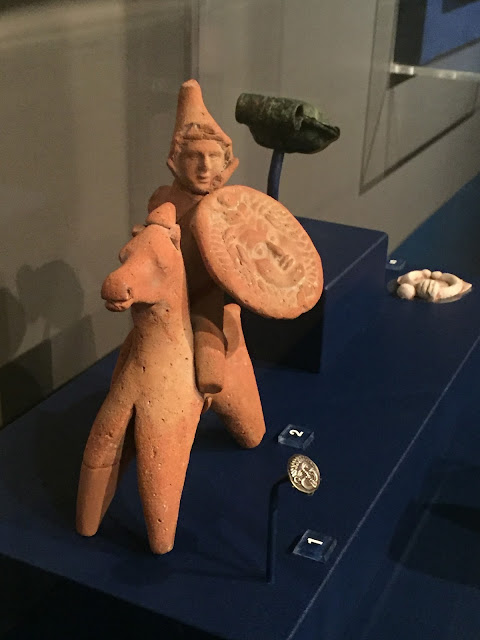 And Mesopotamian plaques with images of captured demons: 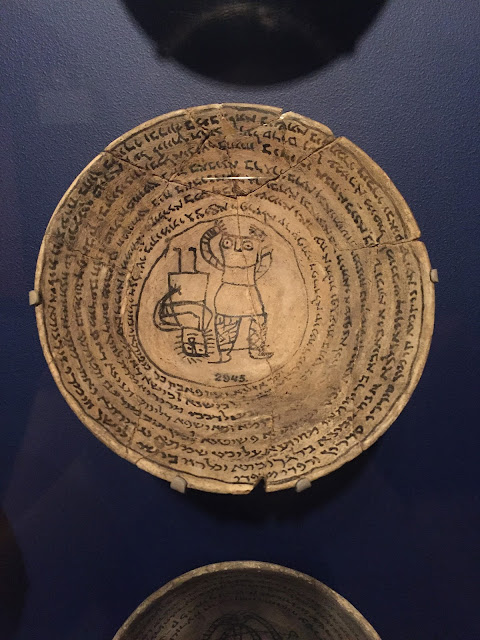 While in Philly, I bought a nail polish from the indie brand Philly Loves Lacquer, which sadly closed up shop last year: 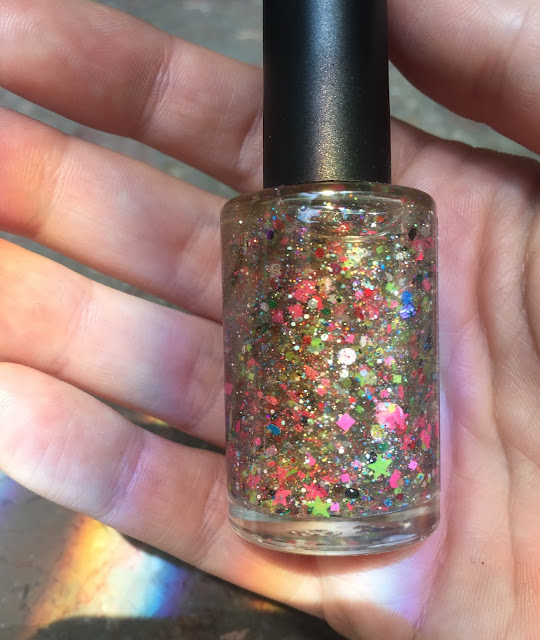 This shade is Stinking Glitterveta, named after the Philly-based prog-metal trio Stinking Lizaveta, which itself is named after a character in Dostoevsky's The Brothers Karamazov. That complexity of allusion (and glitter) is hard to find outside the indie world. I layered Stinking Glitterveta over two coats of Barry M Butterscotch Sundae, but it turned out to be one of those annoying glitter polishes that require you to pour a blob of product onto a piece of paper and use a tool to fish out the larger glitters one by one. Still, I think it turned out well, even if the points of the stars tend to detach from the nail: 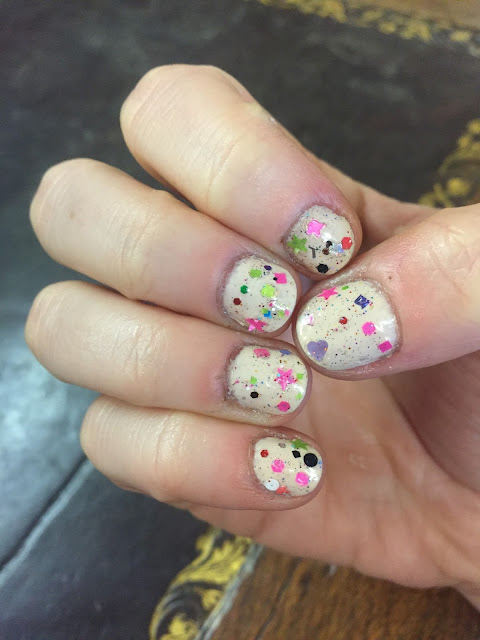 That particular combination of fuchsia, lime, and black reminds me of my early childhood, when it seemed to be everywhere. I had a Barbie dress in that color combo, as well as a little fuchsia-and-lime wallet that I decorated with sparkly fabric paint and rhinestones. And speaking of fuchsia, I also bought a third Wet n Wild Liquid Catsuit in Nice to Fuchsia, which reminds me of my dear departed NARS Angela. Here's NtF next to a Revlon lipstick I've decided to return; I really need to stop buying warm brown nudes. 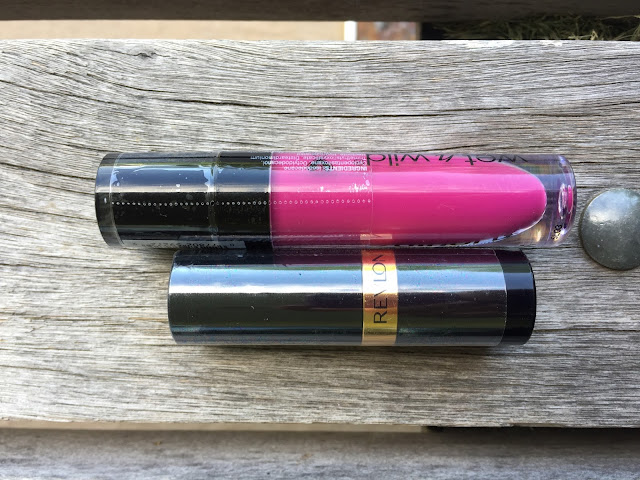 I think this shade of magenta-berry is one of my most flattering colors, though I don't wear it often. 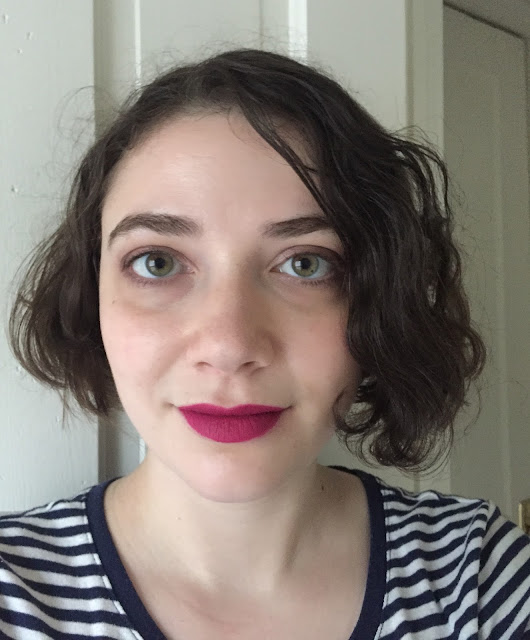 I usually steer clear of Urban Outfitters polishes, which seem to be prone to chipping, but I couldn't resist this metallic rose shade, called (wait for it) Metallic Rose. It's quick-drying, opaque in two coats, and not particularly brushstrokey. Unfortunately, it does start chipping on me in a day or two, but it's so pretty that I really don't mind. I'm happy to wear it for as long as it consents to stay on my nails. 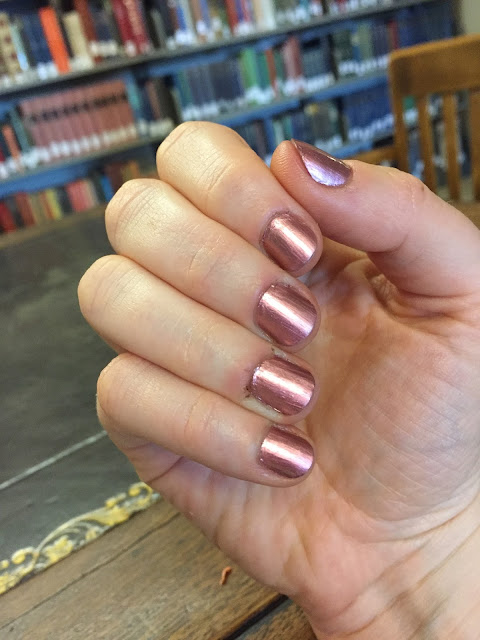 Amid all this buying, I finished my second lipstick of the year: Urban Decay Revolution Lipstick in Streak, which I took to layering over other shades for a more muted, brownish peach. 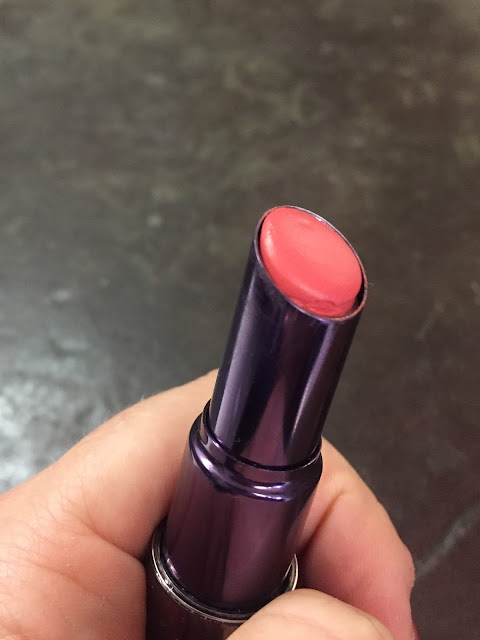 Here I am wearing Streak over Glossier Generation G in Cake, as well as some Modern Renaissance shades on my eyes. Sorry the photo is a little washed out. 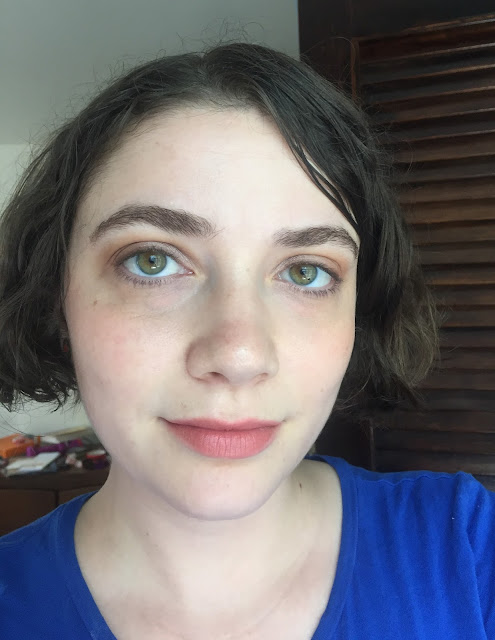 I've been enjoying Burnt Orange as a crease color, with lighter peaches and beiges on the lid:

And that's all for now! I actually have quite a few products to review, but I have a weird hangup about writing review posts if I can't make them interesting in some other way. Still, better a straightforward review than nothing at all, I suppose.
Posted by auxiliary beauty at 3:19 PM