The only makeup store close to where I live is an especially snobby Bluemercury, so when I visit my mom in San Francisco, I tend to spend more time than strictly necessary in Sephora and Ulta. During this particular visit, I was excited to check out the NYX Liquid Suede Metallic Matte lipsticks, which debuted online in early July but didn't come to Ulta stores until July 30. The original Liquid Suede formula works well for me (I own Amethyst, Stone Fox, and Brooklyn Thorn), so I couldn't wait to try the metallic version, which allegedly delivers "high-impact metallic color" in "a shockingly creamy" formula. Spoiler: I was disappointed. But, in the spirit of a Kimberly Clark anti-haul, I might as well share my experience on my blog. I was of two minds whether to write this review: I swatched all the shades but wore only one, and for only a couple of hours, and I didn't get a great photo of myself wearing it, and blah blah blah. But entire presidential campaigns have been launched on a more slender knowledge of government than my knowledge of the Metallic Liquid Suedes, so here we go.

I'm only a little ashamed that at 11:30 am on July 30, I was in Ulta asking the SA where I could find the Metallic Mattes. She was just putting out the new NYX displays (NYX has released about four new lip formulas in the last month; I'm not even attempting to keep track), and she very kindly opened the box of Metallic Mattes and set out some testers for me to swatch. Since I didn't want to be too annoying, I confined myself to the three that had caught my interest online: Go Rogue, a dark gray with greenish shift; Modern Maven, a brownish plum; and Neat Nude, a dark taupe. Here they are in that order, in shade (top) and sun: 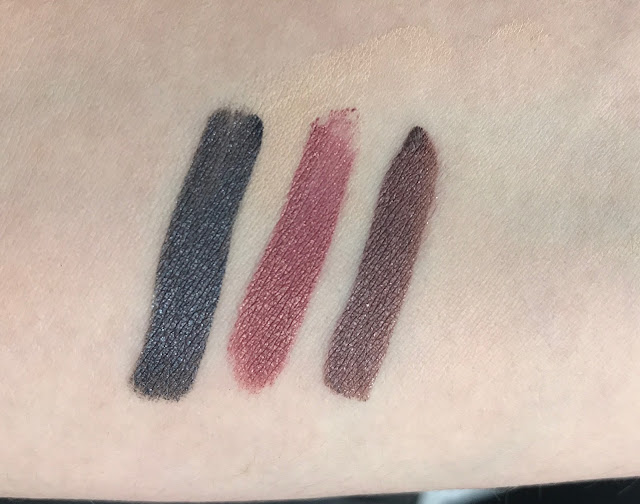 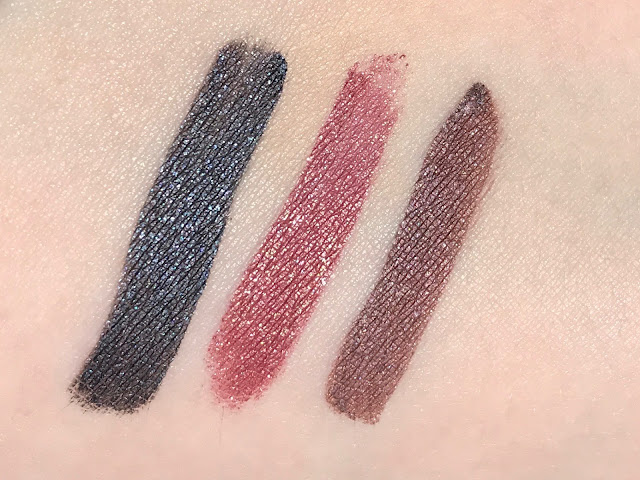 On a later visit, I swatched the other seven shades: Bella, New Era, Exposed, Mauve Mist, Pure Society, Biker Babe, Ego. In the same order, in shade and then sun, as before: 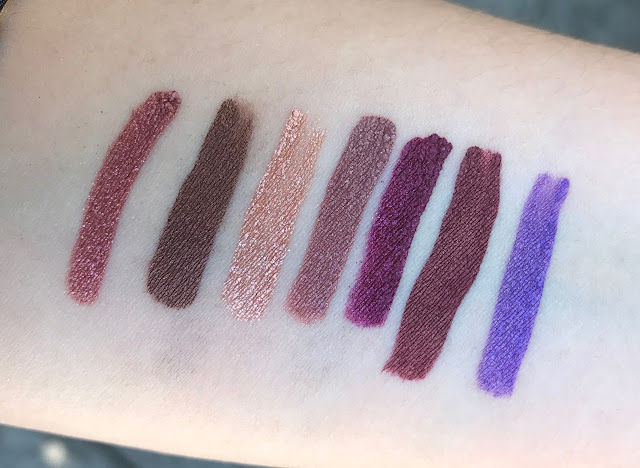 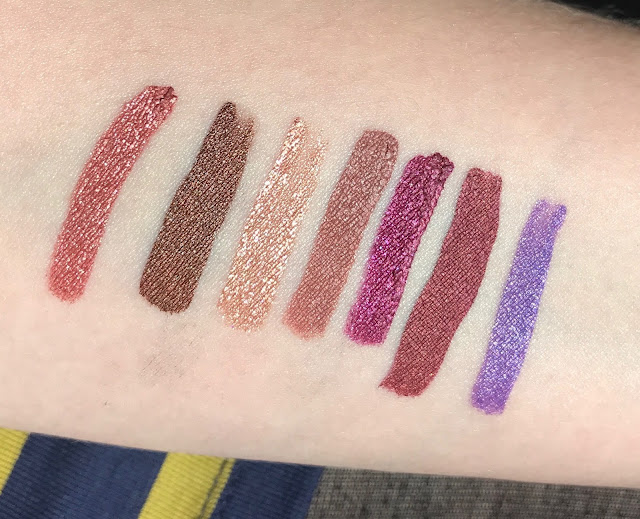 Two details might jump out at you from these photos. First, this formula is very different from the original Liquid Suede Cream Lipstick, which sets to a semi-matte finish and can be wiped off the lips easily. The word "cream" is absent from the full name of the metallics, and the NYX website notes that the new formula is "inspired by" the OG Liquid Suede formula. That tricky turn of phrase makes sense now that I've tried the metallics: they dry down completely matte and are difficult to remove, much like the Milani Amore Matte Metallic lipstick I have. Second, you might have noticed that a few of the shades―particularly Biker Babe, Mauve Mist, Neat Nude, and New Era―fall short of full metallic glory, while Exposed is more glittery than metallic. The shades that stood out to me as both metallic and opaque were Bella (which seems to be the Instagram favorite), Go Rogue, Modern Maven, and Pure Society. Ego is pretty, but it looks a little streaky; I assume it would need at least two coats for full opacity.

I was briefly tempted by the cyberpunk coolness of Go Rogue, but having worn Stone Fox all of three times since May 2016, I couldn't imagine I'd reach for a metallic off-black more often than a matte dark gray. So I bought Modern Maven, assuming it would look the same on my lips as it did on my arm. I expected a medium pinkish plum, the metallic equivalent of Urban Decay Rapture, which was how it looked in lip swatches I'd seen online. 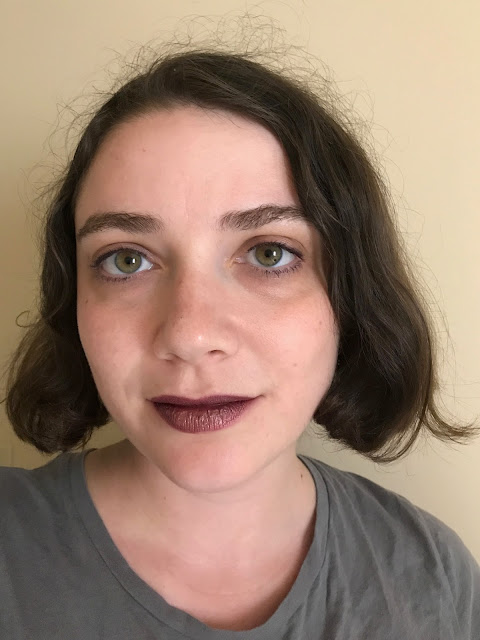 Modern Maven pulled darker and browner as it set on my lips, transforming into a sickly taupe that resembled my arm swatch of Neat Nude. The shimmer turned an odd frosty silver. The formula felt uncomfortably drying, and the metallic finish made my lips look even drier than they were, as if my mouth had suddenly aged 50 years. The fuck? I've tried some disappointing makeup in my time, but I tend to have good instincts: it's rare that something I anticipate so eagerly turns out to be so catastrophically bad. I wore Modern Maven for about 90 minutes before removing it in frustration (at myself as much as at NYX), and I returned it to Ulta the next day.

At the end of the day, these lipsticks are related to the Liquid Suedes in name only. The Liquid Suede Metallic Mattes could work for you if 1) your lips are in better condition than mine, 2) you don't mind a very dry matte finish, and 3) you realize that not all the shades are true metallics. There are some beautiful colors in the lineup, and had Modern Maven not flopped, I might have gone back eventually for Go Rogue or Biker Babe. Now, though? Don't need it, not gonna buy it (again).
Posted by auxiliary beauty at 12:10 AM