After three and a half years (!) of beauty blogging, I've learned which panning projects work for me and which are guaranteed to fail. I can usually push myself to finish a piece of makeup if three conditions apply:

I believe that makeup should be a pleasure, so if I actively dislike a product, I'll destash it instead of forcing myself to finish it. If it's newer or in good condition, I'd rather just keep it around and wear it when I feel like it. And if it's almost full, I don't see much point in panning it: that's just setting myself up for frustration. So, as you can imagine, I don't undertake panning projects very often. But I managed to finish two lipsticks (Urban Decay Streak and MAC Up the Amp) earlier this year, and right now I have four more that I think I can pan by the end of 2017. All of them are fairly close to empty, two are at least three years old, and the other two are in pretty bad shape: 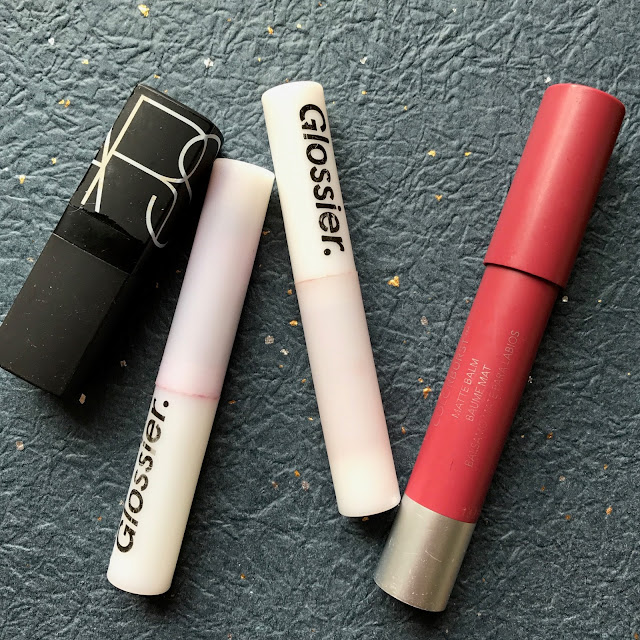 NARS Sheer Lipstick in Flamenco (purchased God knows when, maybe 2013?) is a cool-neutral, softly shiny red that's very kind to my lips when they're dry. I find it difficult to pair Flamenco with other makeup: it feels too vivid for a bold eye but too subtle for a neutral one. Still, it's a nice fall color, and I suspect I'll use it even more often come holiday season. Revlon Matte Balm in Sultry (purchased 2014) is one of my all-time favorite lipsticks, but I have an almost identical shade waiting in the wings: a deluxe sample of Marc Jacobs Kiss Kiss Bang Bang, which was Sephora's birthday gift last year. I've been telling myself for almost a year that I have to finish Sultry before starting KKBB, so I should probably go ahead and do that. Glossier Generation Gs in Jam and Cake (gifts from Renee last year) are easy to wear both color- and formula-wise, but both bullets have long since detached from their tubes, and I'm tired of worrying that they'll tumble to the floor when I use them. Plus, the cheap packaging is just depressing. I have some Glossier store credit, and I've considered ordering Leo, the brown Generation G, but I don't want yet another flimsy lipstick that will break within weeks.

Here's the amount left in each tube. Cake, Jam, and Flamenco require frequent touch-ups, and I always wear multiple layers of both Gen Gs, so I don't think finishing them will be much trouble. As for Sultry, I love it so much that I'd be happy to wear it every day for a week.

Just for fun, here's a comparison of Sultry and Kiss Kiss Bang Bang. Sultry is the tiniest bit warmer, but they're essentially indistinguishable, at least on my hand: 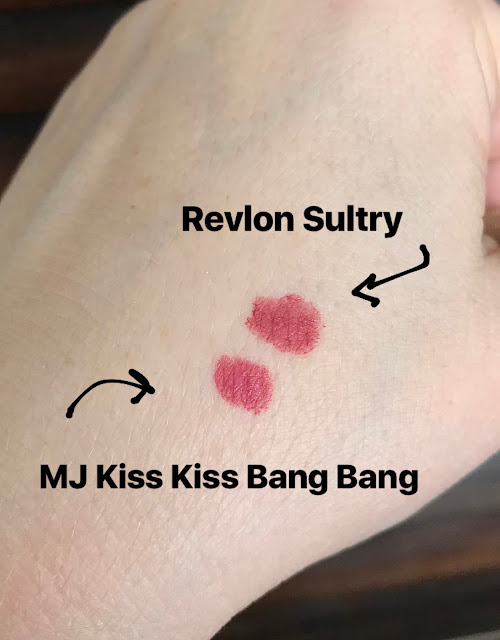 Finally, and entirely against the spirit of panning projects, can we talk about a ridiculous lipstick that vaulted to the top of my wishlist this morning? 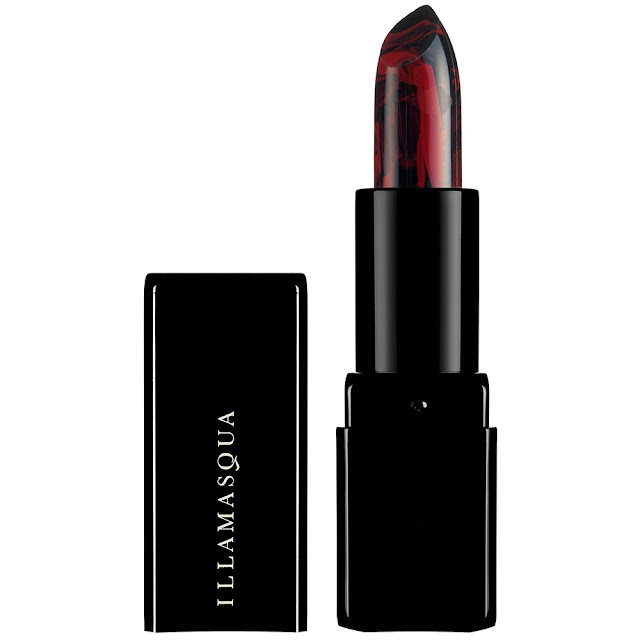 This is Rebirth, one of the three marbled "Lava Lips" released with Illamasqua's new Aftermath collection. (My brain keeps combining "Aftermath" and "Rebirth" into "Afterbirth," yikes.) I know it's gimmicky. I know it's overpriced ($27, plus $7.50 for international shipping). I know I have enough red lipsticks. I know I haven't been terribly impressed with the Illamasqua lipsticks I've swatched in Selfridges. But look at that smoky swirly witchy perfection, you guys. This threatens to be another Black Lace Rabbit situation, but I can't help it: I'm smitten. Save me from myself.
Posted by auxiliary beauty at 3:58 PM