7 Days of Glossier, Day 1: Glossier You

When Glossier announced late last year that it was launching a perfume, I barely took notice. Fragrance is one of the few categories in my beauty stash that aren't ridiculously overpopulated. I wish I could attribute this to willpower, but the reason is more mundane: I dislike a vast majority of the perfumes I try on. I do wear fragrance a few times a week, but I'm content with my very small collection. I own just four full-sized perfumes: L'Artisan Verte Violette (which is seven years old and still 3/4 full), Diptyque Florabellio, Lush Tuca Tuca, and a rollerball of Fresh Citron de Vigne. There are a few other perfumes that I love but have owned only in sample form: Parfums Delrae Coup de Foudre, Maison Martin Margiela Lipstick On and Funfair Evening, Diptyque L'Ombre dans l'Eau, and L'Artisan Safran Troublant. That's, what, nine favorite perfumes total? Nine in seven years? I can fall in love with nine lipsticks in seven minutes.

If there's a common thread that runs through those fragrances, I have yet to isolate it. I gravitate toward high-end niche brands, but Fresh and Lush are both affordable. I like rose, violet, vanilla, salt, and incense notes, but I can think of several perfumes that contain at least one of those notes and still manage to put me off. In general, though, I like somewhat eccentric fragrances. I like sweetness tempered by strangeness. I like my perfume to tell its own story even as it interacts with my body chemistry. And Glossier You promised to be the opposite of all that: "a skin-smell enhancer first and foremost." So, like...boring? I would never have bought this perfume, not even with store credit, if the Glossier website hadn't offered a sample along with my order. But it did, and here we are. 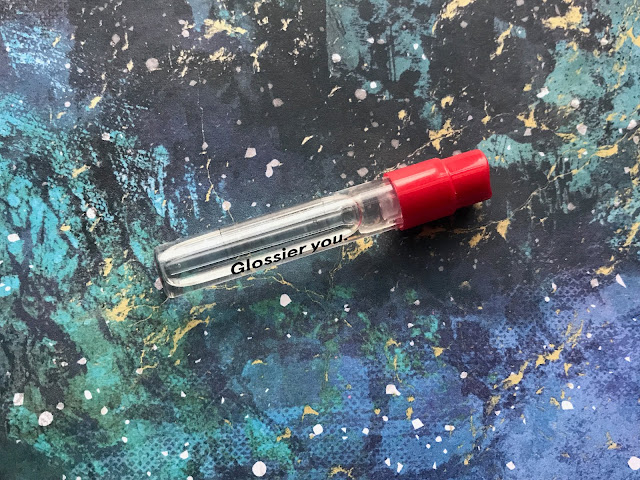 The full-sized bottle, designed by a young Glossier employee, is as aesthetically pleasing as any other Glossier product: millennial-pink ombré with a red top and a generous dimple in the glass. (A cute touch: that dimple is echoed in the spray mechanism of the sample.) In describing the bottle, though, I'm reminded of a remark by my longtime idol Chandler Burr, former perfume critic for the New York Times: "I'm opposed to the photon. If you have to see it, I'm not interested." It's true: a perfume, perhaps more than any other beauty product, needs to stand on its own merits. So no more photos; let's talk about the merits (or lack thereof) of the fragrance itself.

Glossier has done with You what it always does with its new products: suggested that it's created something totally unprecedented. A perfume that's meant to enhance you instead of assert itself? Has any other brand ever attempted such a feat? Well, yes, actually. Here's Burr in a Times column from 2010: "Unlike the old masterpieces, which cloaked the wearer in scent, new fragrances are lighter and more transparent, engineered to show you off." Glossier didn't invent no-perfume perfume, just like it didn't invent no-makeup makeup, but you wouldn't know that from the hype surrounding You.

According to the Glossier website, Glossier You has base notes of musk, ambrette, and ambrox, with iris root and pink pepper on top. To me, that description sounds a bit gourmand. I'm often down for gourmand scents, even simple ones: I use Palmer's cocoa-butter lotion after every shower. So my first sniff of You was a surprise, and not a pleasant one. I smelled nothing but loud, powdery, generic white floral. I could have created something similar with five random testers from the rollerball display at Sephora. I've now worn You three times, and I can detect a hint of pepper if I sniff really hard, but that cheap, strident floral always dominates for the first 15 minutes.

On my first wear, I couldn't conjure an image from those top notes. Glossier You is recursive, self-referential; you catch a whiff and think, "Well, I sure am wearing perfume." The second day, I had a breakthrough. In middle school, the rich, popular girls exuded some unidentifiable fruity-floral chemical fragrance, probably from Bath & Body Works. (I, on the other hand, smelled like the almond Dr. Bronner's liquid soap that my dad insisted on buying.) The top notes of Glossier You smell like those girls. Like the girl who wouldn't let me borrow her pastel Gelly Roll pens, who vacationed in Aspen and Sun Valley, whose parents rented the entire California Academy of Sciences for her bat mitzvah. It smells like turn-of-the-millennium preteen class anxiety. Not Glossier You but Glossier Fuck You.

After the top notes wear down, You becomes more tolerable, though not what I'd call "good." The amber peeps through, as well as a faint lemon-vanilla note. Okay, there's the gourmand. This phase of Glossier You puts me in mind of an adorable pastry that you buy for $6 at an Instagram-famous bakery on the Lower East Side. You take a photo, then a bite. Flakes of viennoiserie explode onto your black jeans. Honestly, the pastry is a little dry and tough, but damned if it isn't cute. You post the photo on Instagram because isn't that what you're supposed to do?

After four or five hours, Glossier You is nearly undetectable, except for a bit of warmish musk. And that's it. Glossier's signature fragrance, over and out. (Very few perfumes outlast the five-hour mark on me, so I'm not counting this as a negative.)

I don't hate Glossier You. It's hard to feel any strong emotion, positive or negative, about such a basic scent. But I am disappointed. When a fragrance is promoted with a wacky "concept store" (red walls and windows, red-clad employees whispering compliments, disembodied hands offering red roses), I expect something offbeat and memorable. This, though? I don't know what to say. If you want to smell like you're wearing perfume, buy Glossier You. But I think it falls short of its most basic claim: it doesn't meld meaningfully with my skin. It never starts smelling like me. Which, for a perfume called You, is something of a problem.

Would I repurchase this product at full price? Hell, no. I doubt I'll use the sample again, either. (For the record, some reviews on the Glossier website complain that the full size and sample smell different.)