Having tried a range of Glossier products over the past three years, I feel comfortable making a pretty bold generalization: their makeup is better than their skincare. For a brand whose motto is "skin first, makeup second," Glossier sure has released an underwhelming series of skincare products, and I'm far from the first blogger to express this opinion. I've read many reviews that criticize Glossier's masks, moisturizers, serums, and $18 rosewater. But reviewers always seem to mention one exception to this rule: Milky Jelly Cleanser. Even people who want to hate Milky Jelly seem to love it. So I was pretty excited to try it for myself. I was especially curious how it would stand up to my usual cleanser, CeraVe Hydrating Facial Cleanser, which also has a translucent gel formula. This post will be partly a review of Milky Jelly on its own terms and partly a comparison with CeraVe. I find skincare reviews more helpful when a new product is assessed against a familiar, widely available product, and I hope others feel the same! 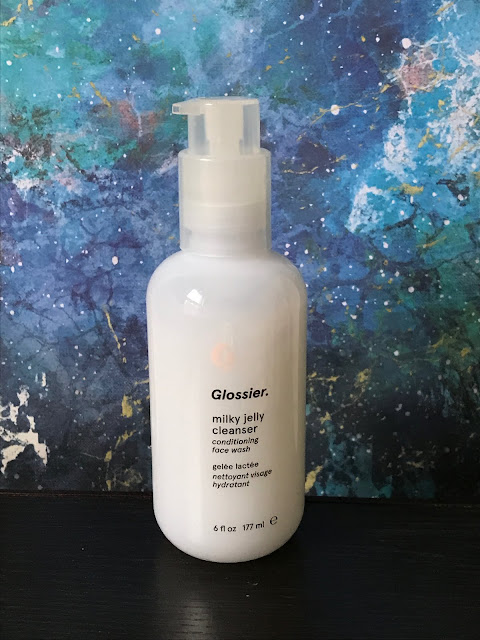 When I removed Milky Jelly from the jumbo bubble pouch in which it was shipped (it doesn't come in a box), what struck me first was its smallness. It's one thing to read that a cleanser is 6 fl. oz., and another thing to see it. In the photo below, it looks barely larger than the makeup!


CeraVe Hydrating Cleanser is about $13 (depending on the store) for 12 fl. oz, or just over $1 per ounce. Milky Jelly is $18 for 6 fl. oz.: that's $3 per ounce, or three times the price of CeraVe by volume. However, I can safely say that the Milky Jelly bottle is at least three times more attractive. I wish CeraVe would realize that "developed with dermatologists" doesn't have to mean "aggressively ugly." 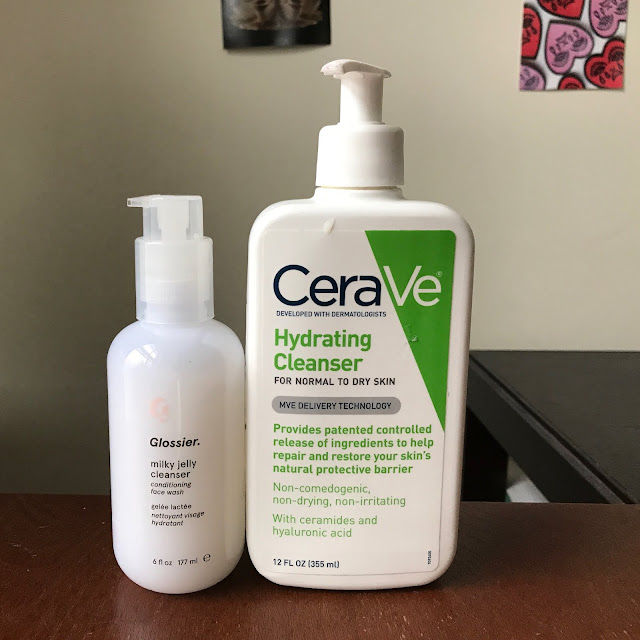 Whereas the plastic of the CeraVe bottle is very rigid, the Milky Jelly bottle has a bit more give. Both bottles have locking pumps, but the Milky Jelly pump is awkwardly short. Instead of pumping the product into my hand while the bottle is on a flat surface, I have to lift the bottle and hold it over my hand. Not a big deal; just a little inconvenient. 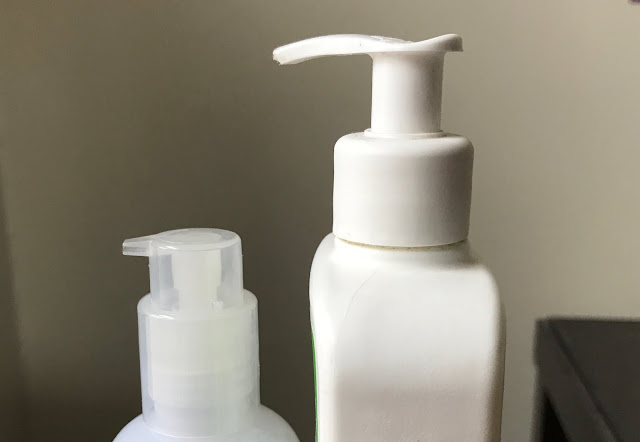 Formula-wise, Milky Jelly is more different from the CeraVe cleanser than I expected. CeraVe is runnier and more opaque, while Milky Jelly is cloudier and squishier. It has a really pleasing texture. Here's a dollop of Milky Jelly (left) next to one of CeraVe (right): 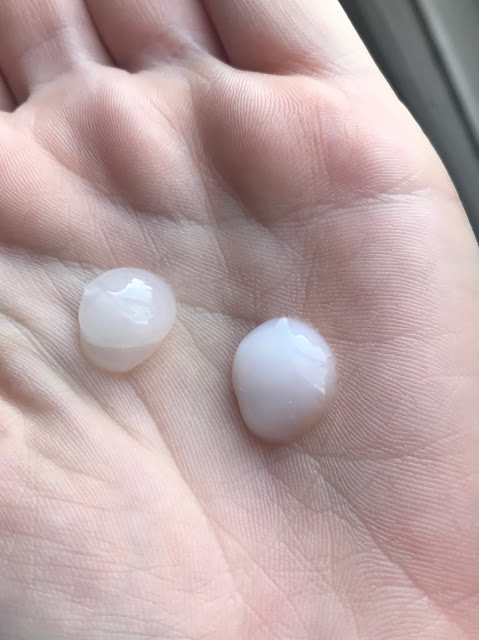 Milky Jelly's most impressive attribute is its fragrance. I love rose scents in general, but this one is especially addictive. It's not very strong, but it smells distinctly like Indian sweets: natural rosewater with the faintest hint of almond. I can't get enough.


I use the CeraVe cleanser twice a day: on its own in the morning, and as a second cleanse in the evening, after I remove my makeup with an oil cleanser. I intended to use Milky Jelly for the same purpose and didn't expect it to take off my makeup on its own. Glossier once posted an unintentionally hilarious Instagram ad for Milky Jelly: a video of someone using the cleanser to remove eyeliner, but the eyeliner was on her hand, and she really had to scrub to remove it. Dozens of followers called out Glossier on their bullshit, and the ad disappeared. But Glossier still advertises Milky Jelly as "the ultimate face wash...to dissolve away makeup and grime." Yeah, no. My everyday makeup is more Glossier-style than Insta-glam, but a water-based cleanser isn't enough to remove my eyeshadow and pencil eyeliner. I wish Glossier would stop making this claim, because Milky Jelly functions perfectly well as a morning and second cleanse.

Well, I thought it functioned perfectly well for that purpose. I looked forward to washing my face every morning, which was no small thing in late January, when everything felt bleak and it seemed that winter would never end. Then, after a week of twice-daily use, I noticed that my skin was breaking out. Now, I can't be completely sure that Milky Jelly caused the breakout, since it was around the time of the month when I usually get a couple of hormonal pimples. But this breakout was more severe than usual, and Milky Jelly was the only possible skincare culprit. (I'd also been testing Glossier Solution on one side of my face, but the breakout was all over.) I stopped using Milky Jelly and my skin cleared up within a few days. This was heartbreaking, guys. I'd bonded with Milky Jelly! I'd planned to give it 4.5/5 stars (minus a half-star for size)! But it was not to be.

Luckily, this story has a happy ending. Glossier's excellent customer service came through yet again: I sent them an email asking if I could return Milky Jelly for a refund in store credit, and they immediately refunded the price of the cleanser to my credit card, no questions asked. As much as I snark on Glossier, I'm consistently impressed with their customer service—this is how you keep people coming back! Plus, I discovered yesterday that Milky Jelly makes a decent substitute for shaving cream, so perhaps I'll finish this bottle yet.

Would I repurchase this product at full price? No, but I seem to be very much in the minority in my adverse reaction.