My Most Disappointing Beauty Products of 2018

It's time for my second year-end roundup post: the ten worst beauty products I encountered in 2018! As in my previous post, I've listed all these products in the order in which I bought them. 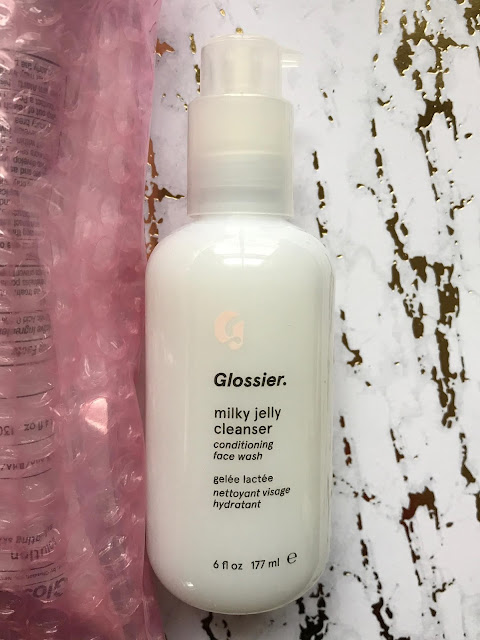 I loved the squishy texture and light almond-rose scent of Milky Jelly, but I'm almost positive this cleanser was responsible for my worst breakout of 2018. I eventually repurposed it as shaving gel, though, so it wasn't a total loss. I wish Glossier would release the Milky Jelly scent as its second perfume! 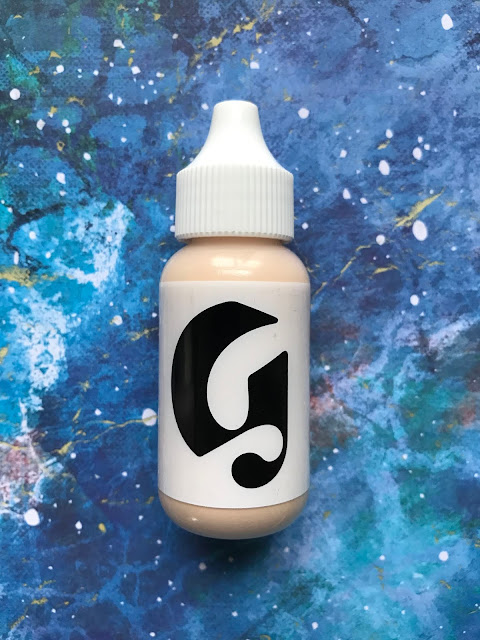 I've worn makeup for most of my adult life, but the Perfecting Skin Tint was the first base product (other than concealer) I'd ever tried. It's just a matter of personal taste: I like seeing my skin even when I'm wearing a bold eye or lip, and I can't stand the thought of a layer of makeup sinking into every pore on my face as the day wears on. So I was intrigued by Glossier's description of the Skin Tint as an "imperceptible wash of color" that won't "hide your freckles [or] spackle your pores." Since my skin leans dry and the Skin Tint isn't a tinted moisturizer, I was aware that this might not be my ideal base product, but I was willing to give it a chance.

Immediately after application, the Skin Tint did exactly what it promised: gave my face a soft-focus filtered effect that didn't look unnatural. I was suffering a particularly bad breakout at the time (thanks to Milky Jelly), and the Skin Tint did almost nothing to disguise my spots or my usual undereye circles: I'm wearing concealer in the photo below. However, it did seem to even out my skin overall. 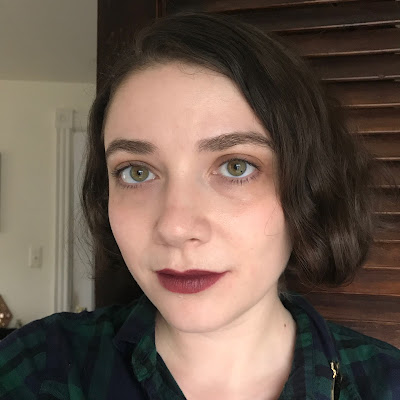 Unfortunately, this effect didn't last long. Within a few hours, I was noticing fine lines that had been completely unknown to me before I applied Skin Tint. Thanks, Glossier! I think this would be a great product for people with skin less dry than mine, but it just didn't work for me. Luckily, my friend Lucy adores Skin Tint, so I was able to unload my bottle on her. 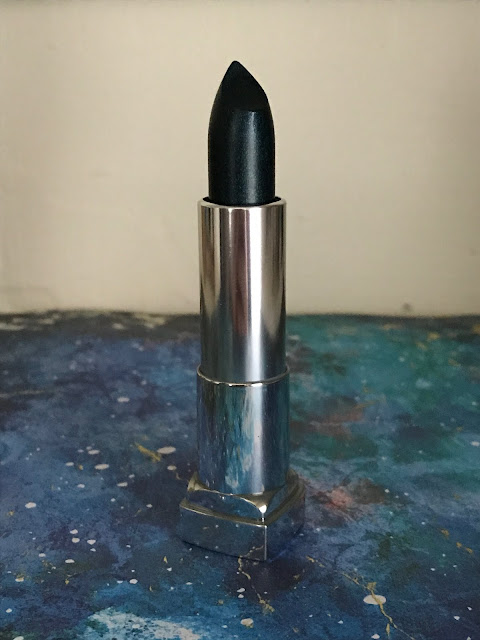 This is perhaps the first lipstick I could justifiably describe as looking "chunky" on my lips. Let's hope it's also the last.


There's a lot of Glossier on both my best-of-2018 and worst-of-2018 lists because, well, I had a lot of Glossier store credit in 2018. I like the Lidstar formula in general (and even put Slip on my best-of list), but Moon just didn't work for me. It was too sheer, it clumped up in my eyelid creases, and I couldn't get a smooth-looking application even with the thinnest layer. I should mention, though, that I gave away Moon before I figured out the trick of blending the Lidstars with a synthetic brush, so it could be that Moon would have performed better with that method. 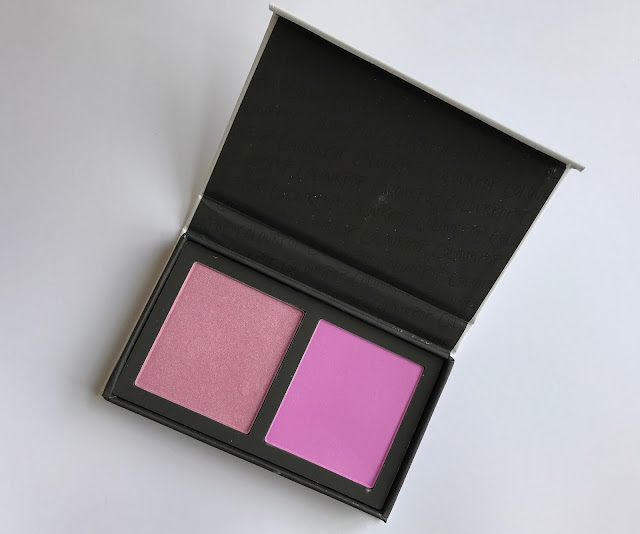 The lavender blush and highlighter in this duo are actually pretty good. I wish the blush were less pigmented and more finely milled, but I can still wear it with no problem, and the highlighter is all-around great. The real issue with this product is the packaging. The duo is housed in a homely black-and-white cardboard compact that became grimy in about ten seconds. Most ColourPop packaging is very good for the price, so I'm baffled that the spring 2018 face duos were pricier than most CP products and significantly uglier and less functional. It almost seems like there was a manufacturing error and they couldn't produce the real compacts on time, so they thought "whatever, let's just use the factory prototypes." The sticker that I've placed on the lid is an accurate expression of my feelings: 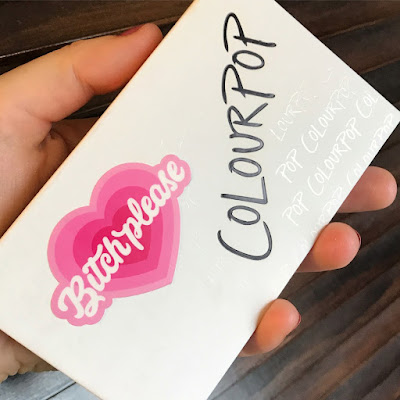 This didn't perform terribly, but the scent was absolutely nauseating: an overpowering soapy fake vanilla. I also went through the tube in about ten uses, which made me understand why it showed up so frequently in r/panporn. It seems wasteful to buy an exfoliator in a plastic tube when a scrub of oil and fine sugar works just as well, if not better.


Chartreuse is one of my favorite colors (second only to magenta), so I was thrilled to discover that one of my favorite nail polish brands, Cirque Colors, offered a true chartreuse shade. But, since yellow polishes often have formula issues, I wasn't shocked when Hustle turned out to be short of perfect. It's a bit streaky (though it looks fine after three coats), but the real problem is its longevity: it starts chipping within a day. 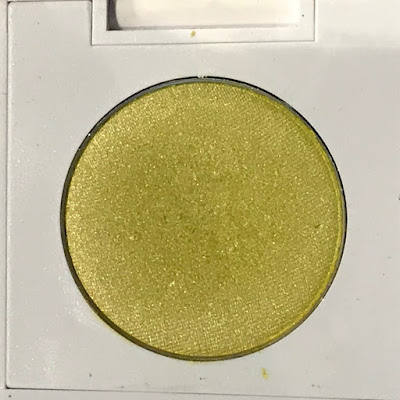 It may be that chartreuse beauty products perform badly across the board and I'll have to limit my chartreuse abuse to clothes, because this eyeshadow is very sheer and patchy. I can get it to show up if I pack on multiple layers with my finger, but it's never totally opaque:

(Side note: there's definitely a k-pop fan on the ColourPop team. "Déjà Boo" is a song by the late Jonghyun of boy group SHINee, who died a few months before the eyeshadow was released. And among the new Velvet Blur lipsticks, there are two arguably k-pop-related names: Fake Love, a hit song by BTS last year, and K Bop, which could be a reference to EXO's 2017 song "Ko Ko Bop," or just to k-pop in general.)


Yes, you read that right. L'Oreal acquired CeraVe in 2017 and reformulated its iconic products, including the moisturizer I've been using for several years. The reformulation must have been fairly recent, since I didn't become aware of it until I bought a new bottle of CeraVe PM around Thanksgiving. At first I thought I must have gotten a bad batch: the moisturizer had lost its translucent jelly look and become opaque white, and it felt greasier on my face. But no, this is just what it's like now, apparently. I'm still using the new bottle and it's not bad (thank God L'Oreal didn't add fragrance), but there's an uncanny-valley feeling about it now: the bottle looks exactly the same as before, but the contents are different. It's as if I woke up one morning to discover that my boyfriend of almost a decade had been replaced by a nearly identical replicant. 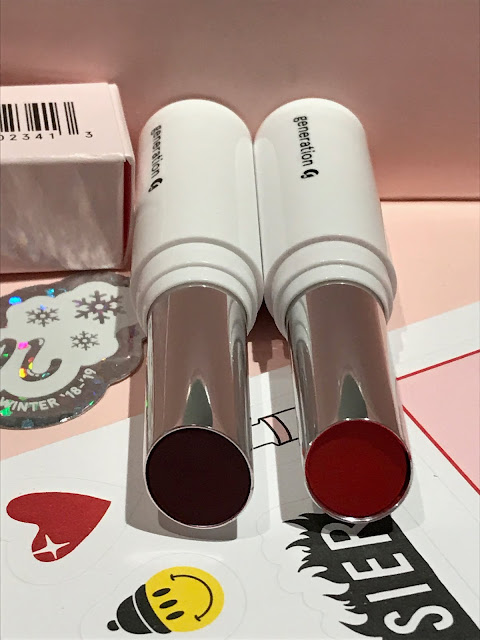 Seriously, I have no idea why Glossier felt the need to reformulate the Gen Gs. The new formula is SO FUCKING DRY. Granted, I have dry lips in general, but there are dozens of lipstick formulas that I can wear without issue, including the first two iterations of Gen G. The new Gen G formula is so dry that there are unblended clumps of pigment throughout the bullets! I sincerely hope the Instagram friend to whom I sent Jam and Zip enjoys them more than I did, because they were the most disappointing products of 2018 for me.

In my next post, I'll discuss my beauty resolutions and plans for the blog this year! And a small housekeeping note: For about a month now, Blogger hasn't let me reply to comments on my blog, so please forgive me if your comments go unanswered. (For the record, ditching Blogger is my biggest plan for my blog in 2019.)
Posted by auxiliary beauty at 4:31 PM