Greetings from San Francisco! My last apartment lease ended on June 20 and my new one doesn't start until August 1, so I'm bouncing around the country until then, which means limited time for photographing and writing about beauty products. My boyfriend and I took a road trip to his parents' house in Alabama and spent two weeks there; I'm staying with my mom in SF now; later this month I'll go to St. Louis to see my dad and stepmother and attend a family reunion (pray for me); and then we'll drive up to my new town and I'll move into an apartment I haven't seen in person yet. It's a lot.

Today, though, a rare skincare post! Cerave PM was my holy grail night moisturizer for almost three years, but CeraVe reformulated it last year, leaving me sadly adrift. The revamped CeraVe PM wasn't terrible, but it lacked the light jelly texture of the original and was too greasy for my taste. But after a six-month search, I can report that my moisturizing routine is better than ever. Introducing the new power couple on my skincare shelf: COSRX Ultimate Nourishing Rice Overnight Spa Mask and Trader Joe's Ultra Hydrating Gel Moisturizer, to which I'll refer hereafter as the UNROSM and the TJUHGM respectively. Just kidding, I'll call them the Rice Mask and the Gel Moisturizer. 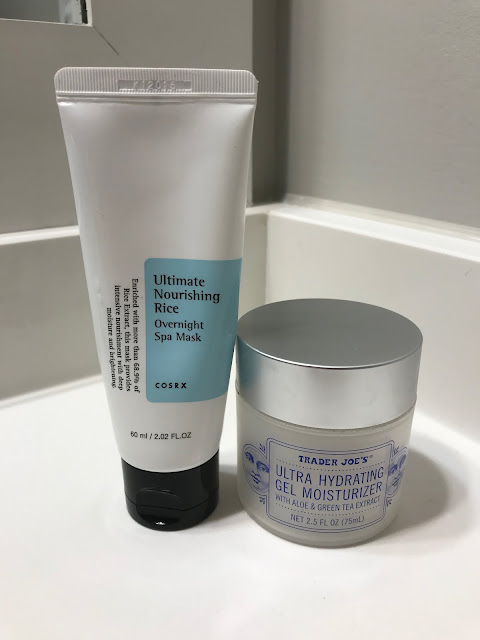 Gel Moisturizer on the left, Rice Mask on the right: 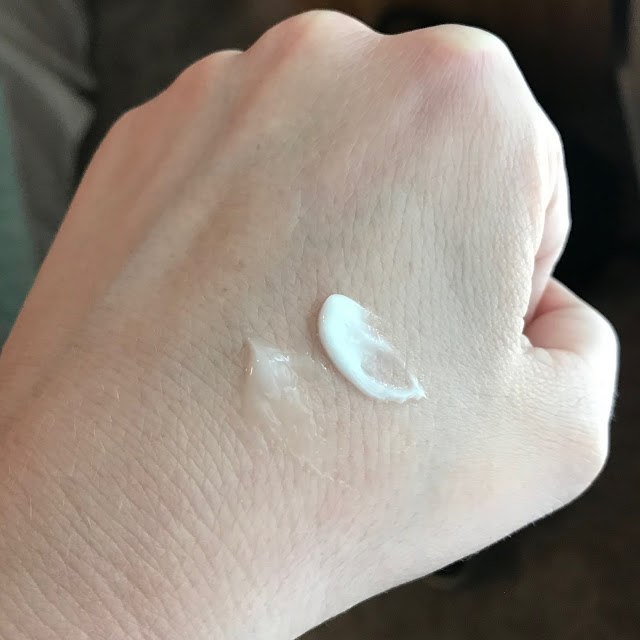 A reminder about my skin type and preferences: I have normal-to-dry skin that's only getting drier with age (I'm 31). Dryness aside, my skin isn't particularly sensitive or breakout-prone, but I buy fragrance-free skincare products whenever possible. I also avoid thick moisturizer that doesn't absorb quickly--it makes my face feel like it's suffocating. Because I'm lazy and impatient, I keep my skincare routine as streamlined as possible. In addition to my two moisturizers, I use Bioré UV Aqua Rich Gel sunscreen, Caudalie Makeup Removing Cleansing Oil, and CeraVe hydrating cleanser daily; Glossier Solution whenever I remember it exists (so, once or twice a week), and Glossier Mega Greens Galaxy Mask two or three times a month.

Let me also add the usual caveat that I don't know a lot about skincare and, frankly, find the subject kind of boring (hence my stripped-down regimen). I'm writing this post because these two products work well for me, but I'm not knowledgeable enough to speak objectively; this post should be read as a narrative of my own experience and nothing further.

Now for the reviews! 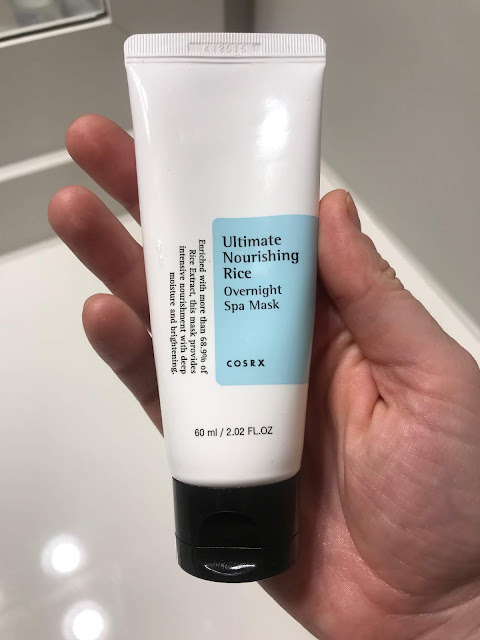 I discovered the Rice Mask in one of my beauty motherships, oo35mm in NYC's Chinatown. I can't remember how much I paid for it, but I think it was about $16 (it's cheaper on Amazon, of course). I'd previously been eyeing COSRX's honey overnight mask, but when I saw the brand also had a rice version, I asked one of the always-helpful salesladies about the difference between the two. It turns out that the honey mask is better for damaged skin and the rice mask for dry skin. Now, at this point I was envisioning using one of the masks as an occasional dose of extra hydration. But when I squeezed out a bit of the tester lotion, I was surprised at how light it felt. I bought a tube, and it wasn't long before I started using it every single night.

The Rice Mask is a little thicker and less jelly-like than the original CeraVe PM was, and it takes a little longer to absorb (maybe ten minutes), but it's still light as moisturizers go. Unlike many Korean skincare products I've tried, it's virtually fragrance-free. The ingredients include rice extract, glycerin, niacinamide, and sunflower seed oil; instead of pretending to be an expert on what those ingredients do, I'm going to direct you to an extremely thorough blog review by someone who knows much more about skincare than I do. The squeeze-tube packaging is functional and portable, and I like the minimalist graphics. While the moisturizer is absorbing, my skin feels wonderfully plump and dewy, and it's still soft when I wake up the next morning. In short, the Rice Mask does exactly what I want a night moisturizer to do, so my search for a CeraVe PM replacement is over for the foreseeable future! 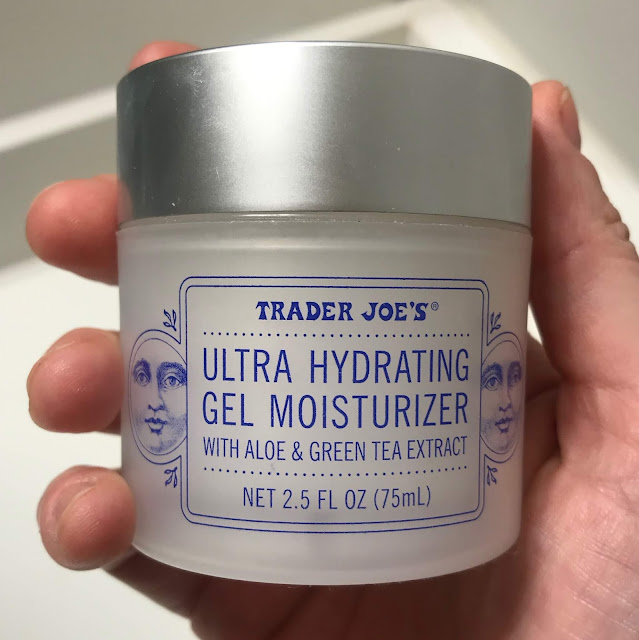 Trader Joe's has been stepping up its beauty offerings recently, and the new Gel Moisturizer has generated a fair amount of online buzz, including this Into the Gloss review. My understanding is that Trader Joe's doesn't have its own labs, but sells generic versions of products available elsewhere from more prestigious (and more expensive) brands. (The TJ's website mentions that they bought the formula from "one of our favorite high-end skincare producers.") I felt a little guilty buying the Gel Moisturizer when I was already satisfied with the Rice Mask, but for $8.99, I had to indulge my curiosity.

The moisturizer comes in a sturdy plastic tub. Under the screw-off lid is an extra lid that I'm not sure whether I'm supposed to keep or get rid of. The more squeamish among you will probably object to dipping your fingers into the tub. As a confirmed trash person, however, I don't really mind (and I apply my skincare with clean hands, not immediately after riding the L train or something).

The Gel Moisturizer has a pleasingly squishy lemon-curd texture and a delicate aloe scent. It contains humectants like glycerin and sodium hyaluronate, as well as various soothing ingredients such as aloe juice. Because it's water-based, it melts right into the skin with a delightful cooling sensation. It would probably feel even nicer if you stored it in the refrigerator during the summer. 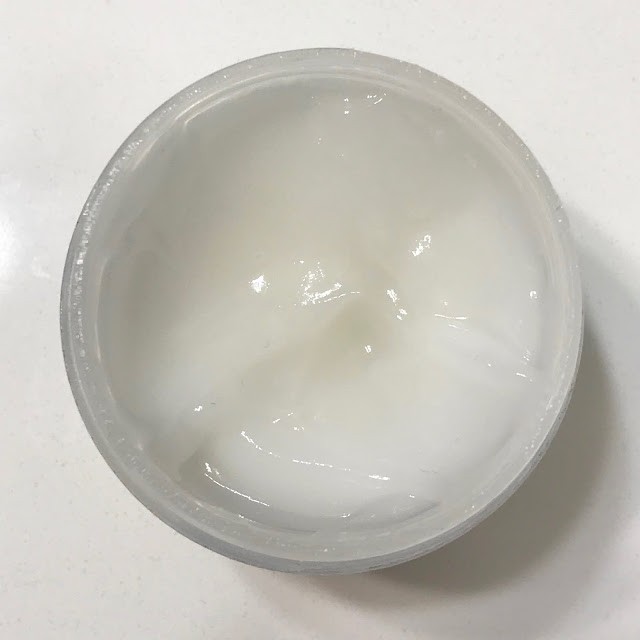 I initially tried the Gel Moisturizer as a night moisturizer and felt disappointed: the hydration didn't seem to last until the morning. But one morning I patted on a layer of Gel Moisturizer before applying my sunscreen, Bioré UV Aqua Rich Watery Gel, and my life changed forever. Bioré sunscreens contain alcohol, which makes them less oily than most Western sunscreens but also, obviously, more drying. Without a layer of moisture, my Bioré sunscreen leaves my face matte and a little dull-looking. I've known for years that I should be applying moisturizer before my sunscreen, but I could never find one light enough for daily wear until now. Here's my face this morning, with nothing but Gel Moisturizer and sunscreen. Ignore the huge dark circles under my eyes and focus on the fact that I look like I'm wearing highlighter because my skin is just that hydrated: 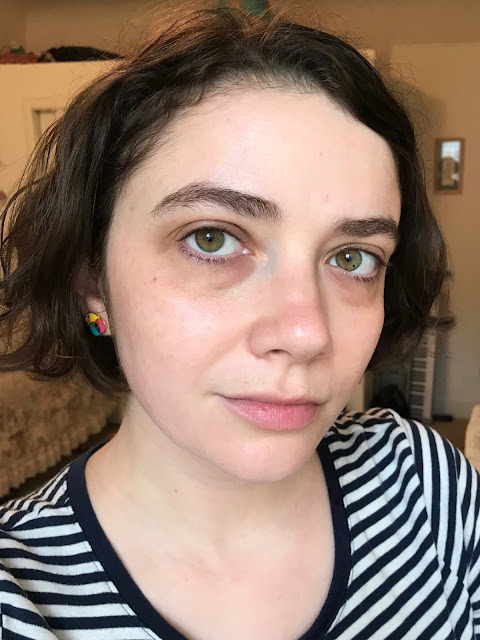 I've been using this duo for about a month now, and my skin is looking great overall. Unfortunately, I'm about to move to a region of the country that has neither Trader Joe's nor Asian skincare stores, but I'm sure I'll manage. I'm nervous about starting my new job (I've been having nightly dreams about showing up to my first class late and completely unprepared), but at least I'll be starting it with a well-moisturized face, and that can't hurt.
Posted by auxiliary beauty at 6:46 PM No comments: